According to monitoring data, during the Dragon Boat Festival, Changchun City’s important daily necessities market has sufficient supply of supplies and smooth circulation channels, which can fully meet the consumer needs of the citizens. Compared with last Monday (June 7), today’s grain, oil and fruit prices are stable, pork and mutton prices are falling, other non-staple foods are basically stable, and vegetable prices are mainly falling.

Grain and oil prices are stable

During the Dragon Boat Festival, we strengthened inspections of important livelihood commodities closely related to people’s lives and festival consumption. From the monitoring situation, the supply of important livelihood commodities in Changchun City is sufficient, and prices are stable and declining. Compared with the pre-holiday season, the monitored 25 varieties decreased by 9 and increased by 15 and increased, among which pork and some vegetable varieties decreased significantly. 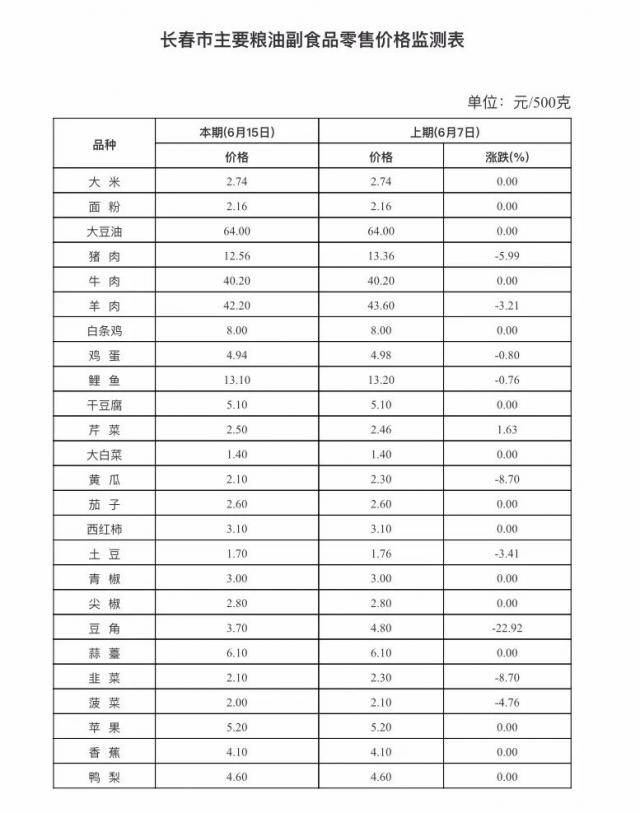