Home Travel Experience luxury travel at the Palace of Versailles

For more than $2,000 a night, guests are always treated like aristocrats, with a butler, afternoon tea and a private tour of the palace.
Amid difficult circumstances, royal palaces are opening their doors more widely to the public. Recently, Buckingham Palace (UK) for the first time opened its garden to tour guests, and allowed visitors to freely enjoy picnics on the lawns. Most recently, a building in the Palace of Versailles (France) has also opened its doors to guests. 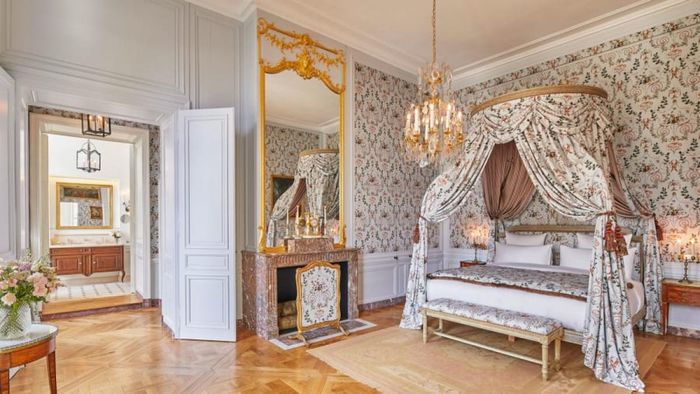 Luxury furniture inside the rooms. Source: Renee Kemps More than two centuries later, Le Grand Contrôle was completely restored to welcome guests to experience the luxurious lifestyle at Versailles. After a large-scale restoration process implemented in 2016, the hotel now has 14 luxurious rooms, combining royal decoration from the 17th to 18th centuries with modern equipment. The dining here is served extremely sophisticated and full of experience. After the bell rings at 8:30 p.m., staff in antique costumes will appear to deliver a royal-style meal, prepared by Michelin chef, Alain Ducasse. Sunday’s buffet is also royal, as the king and queen dine in public. The lowest rate is for a night’s stay at 2,077, which includes a private butler, afternoon tea, private tours of the palaces of Versailles and Trianon, and some areas that are closed to the public. As described by the hotel, guests are always treated like aristocrats, with high-class service art of the French. 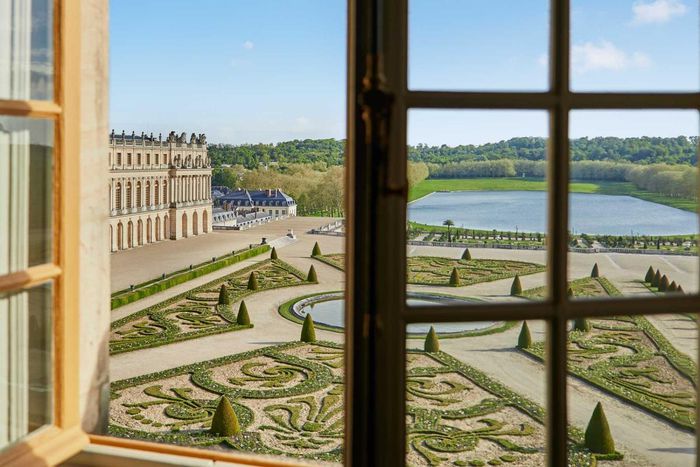 Rooms have windows overlooking the Orangerie garden and Swiss Guards lake. Source: Renee Kemps Other unique services are also available here, such as a private concert in the palace, a tour of the flower gardens or the life experience of Marie Antoinette including exploring the vast wardrobe and dining at the place where Favorite Queen. In addition to designs that respect history, Le Grand Contrôle also applies new techniques for sustainability. The hotel uses geothermal energy to heat the building, replacing LED bulbs in antique chandeliers. The restaurant’s ingredients are sourced from local suppliers and the amount of plastic waste in the hotel is limited.

Thousands of visitors enjoy the season of flowers on the Tam...