[Global Network Comprehensive Reporting Reporter Zhao Youping]Hong Kong’s “Singdao.com” and “Dongwang” news. Next Magazine, a subsidiary of Next Media, founded by Li Zhiying, published the birth certificate of Hong Kong artist Cecilia Cheung’s third son the previous year. Editor-in-Chief Mak Jingqing, reporter Zheng Jing and the two companies were charged with violating the “Privacy Ordinance.” When the case was arraigned at the West Kowloon Court in Hong Kong today (15th), Next Media, Next Weekly and Mai Jingqing pleaded guilty and were fined 40,000 Hong Kong dollars (approximately RMB 32,988) each, which is a total of 120,000 Hong Kong dollar (approximately RMB 98,964). As for the “Next Weekly” reporter Zheng Jing in the same case, she was allowed to sign conservative behaviors for HK$2,000 (people who are required to sign conservative behaviors must pledge through guarantees to maintain good behavior and abide by the law) for 12 months, and the charge was dropped. 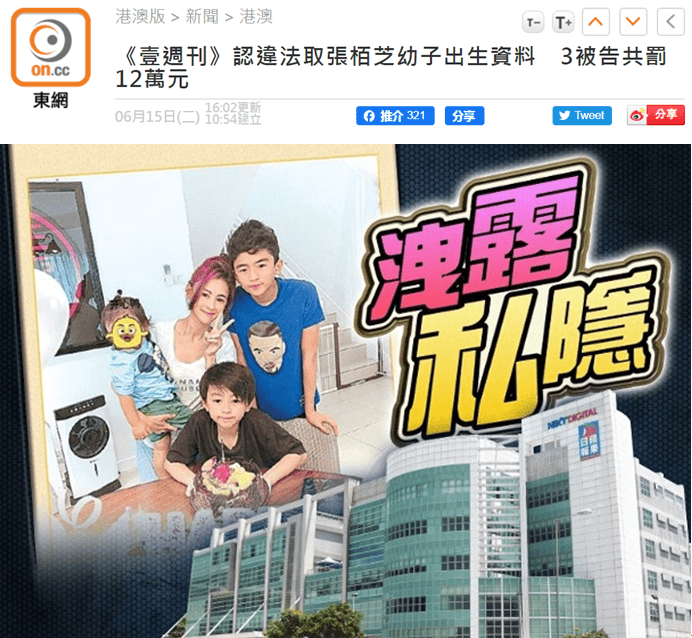 Hong Kong’s “East Net” stated that after Cecilia Cheung gave birth to his third son in 2018, who the father of the child was has attracted media attention. “Next Magazine” obtained the birth certificate of Cecilia Cheung’s young son through an immigration search in 2019, and disclosed the certificate in the report without the consent of the person involved, suspected of violating the “Privacy Ordinance.” Cecilia Cheung later complained that the police had issued a ticket to “Next Magazine” editor-in-chief Mai Jingqing, a reporter involved in the data collection, Zheng Jing, and two companies, saying that they were suspected of having committed “disclosure of data obtained without the consent of the data user.” The crime of personal data” and the “crime of assisting and instigating the disclosure of personal data obtained without the consent of the data user”. 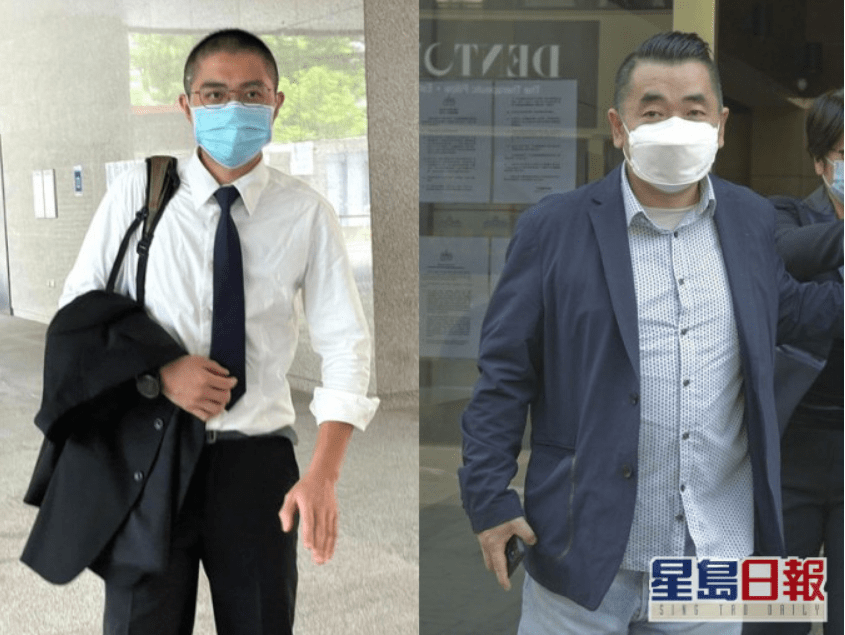 According to Hong Kong’s “Sing Tao” report, the four defendants are Next Media Co., Ltd., Element 5 Digital Limited, the publisher of Next Magazine, Mak Jingqing, the editor-in-chief of Next Week, and Zheng Jing, the reporter. Judge Xu Qiwei said in the case today that this case involves a child’s birth registration information, and no one should arbitrarily disclose it. The victim is a female artist. All life will arouse the interest of movie fans, but there will be no exceptions to the protection of privacy by public figures. , The media has the responsibility and should respect others and protect privacy.

The judge considered that the defendants had pleaded guilty and admitted that they were not sufficiently sensitive to the regulations. They had instructed employees to handle similar incidents carefully in the future, and would publish an apology. They ordered a fine of 40,000 Hong Kong dollars for each of the three defendants, including Mai Jingqing, or a total of 120,000 Hong Kong dollars.

Withdrawing troops from Afghanistan – the step backward by US President...

editor - April 14, 2021 0
The administration's plan to withdraw all troops from Afghanistan before 9/11 of the US President Joe Biden's administration could have significant consequences for the...