Queen Sirikit is the person who has been close to Thailand’s King Bhumibol Adulyadej during his 70-year reign. Looking back at her series of photos of her youth decades ago, you will understand why the monarch was so infatuated with her. 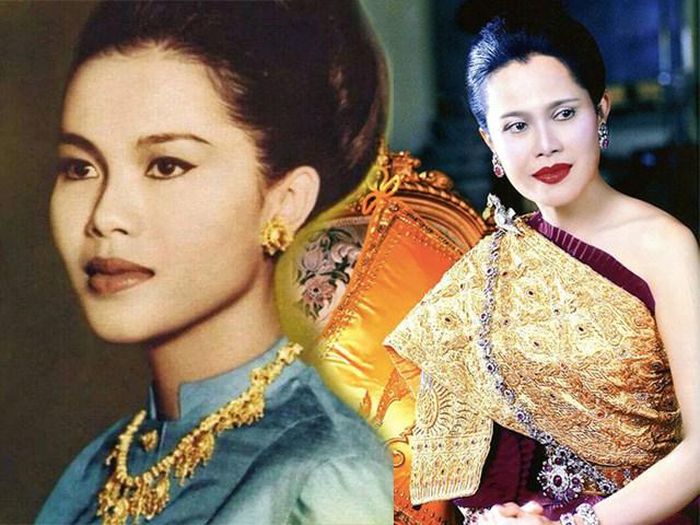 Queen Sirikit was born on August 12, 1932 as Mom Rajawongse Sirikit Kitiyakara. She is the current Queen Mother of Thailand, the queen consort of King Bhumibol Adulyadej (Rama IX) and the mother mother of King Maha Vajiralongkorn (Rama X). The history of the Golden Temple country records her as the longest reigning Queen in the world and contributed to the country many great achievements. People respect her but also take her birthday, August 12, as a celebration of Mother’s Day in Thailand. 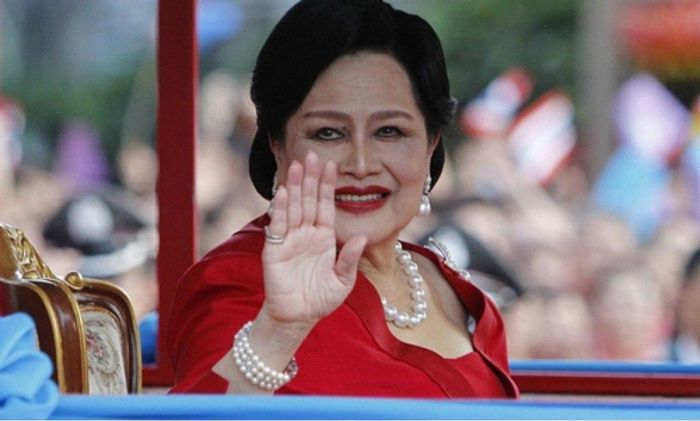 Queen Sirikit suffered a stroke on July 21, 2012 and since then has not appeared in public, but her condition has now improved and is recuperating in the palace. 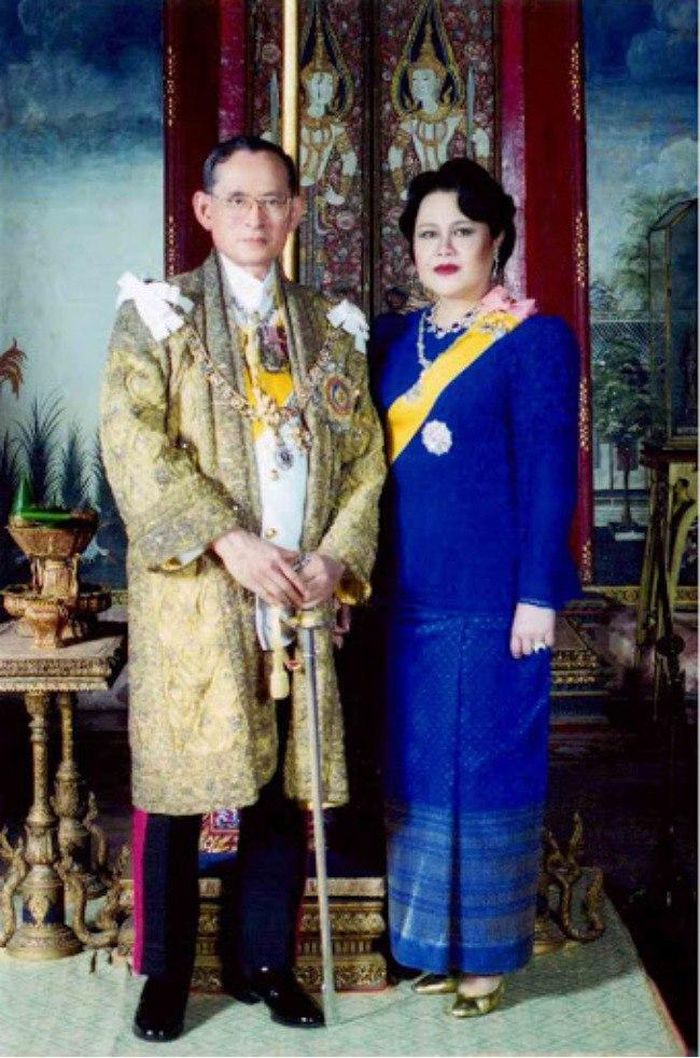 Thailand’s King Bhumibol Adulyadej passed away in 2016 and now only the Queen remains, but later generations still remember and respect their faithful love. Looking back at the old photos of Queen Sirikit, everyone is more and more aware of her feminist beauty in the past, and at the same time better understands the reason why King Rama IX “hit the thunderbolt” when he first met her. Queen. More specifically, his whole life was only hers as the Empress and did not establish a harem or marry more wives. When studying in Switzerland, the King of Thailand often visited Paris and he met Sirikit, the daughter of the Thai Ambassador and became a regular guest at the ambassador’s house. The king fell in love with Sirikit, but ironically, she hated him because she allowed herself to “climb the tree” for 3 hours at first meeting. However, after the king had an accident and lost his eyesight, Sirikit has been the one to take care of him and develop feelings ever since. 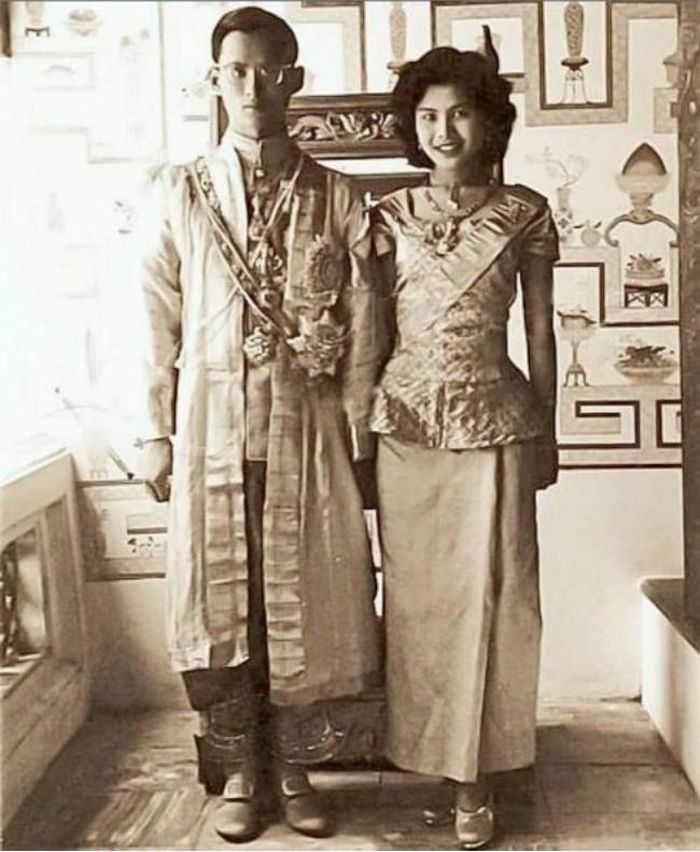 Sirikit in the past was the son of a teacher, fluent in many languages ​​including English and French. At the same time, she has lived in the West since she was a child, so she has a very sharp eye for aesthetics and fashion. When she was in her green spring, she had a beautiful and trendy appearance. 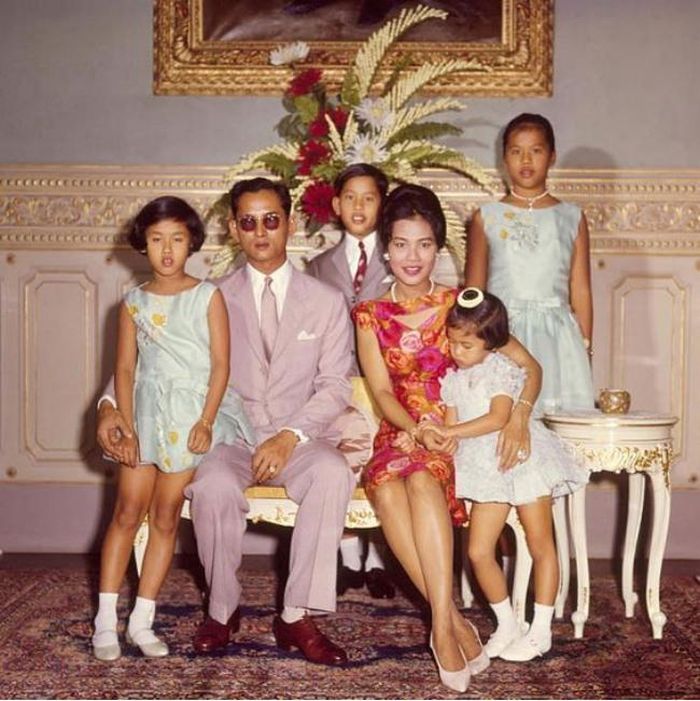 She and King Bhumibol were married in 1950 and were appointed queen regent in 1956. Queen Sirikit had a son and three daughters with King Bhumibol. 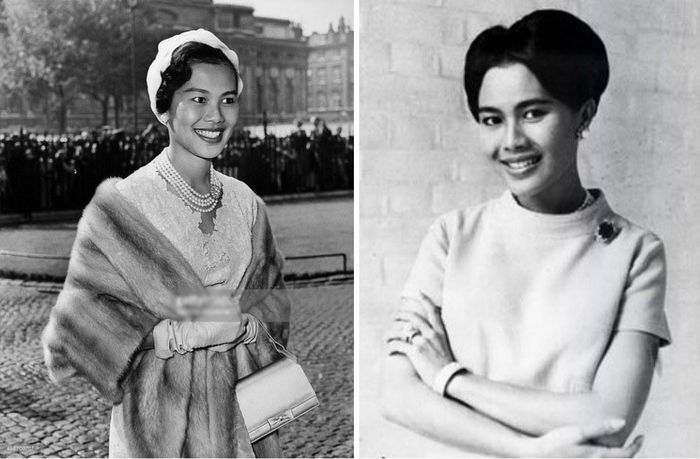 She has a smile as bright as the sun with beautiful lines of Asian women. According to her father, who lived abroad since childhood, it can be seen that what exudes in her is the charisma and confidence of a knowledgeable person. 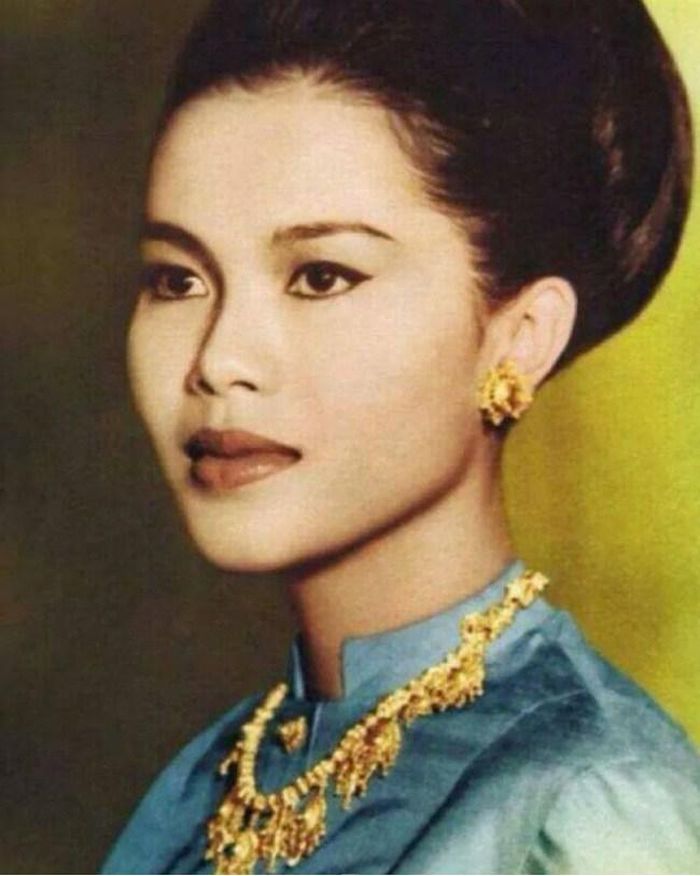 When she put on the traditional costume of her homeland, she often did her hair neatly and applied appropriate makeup to enhance her standard beauty. The wide mouth, sharp eyes, and firmness of a queen have existed since she was young. 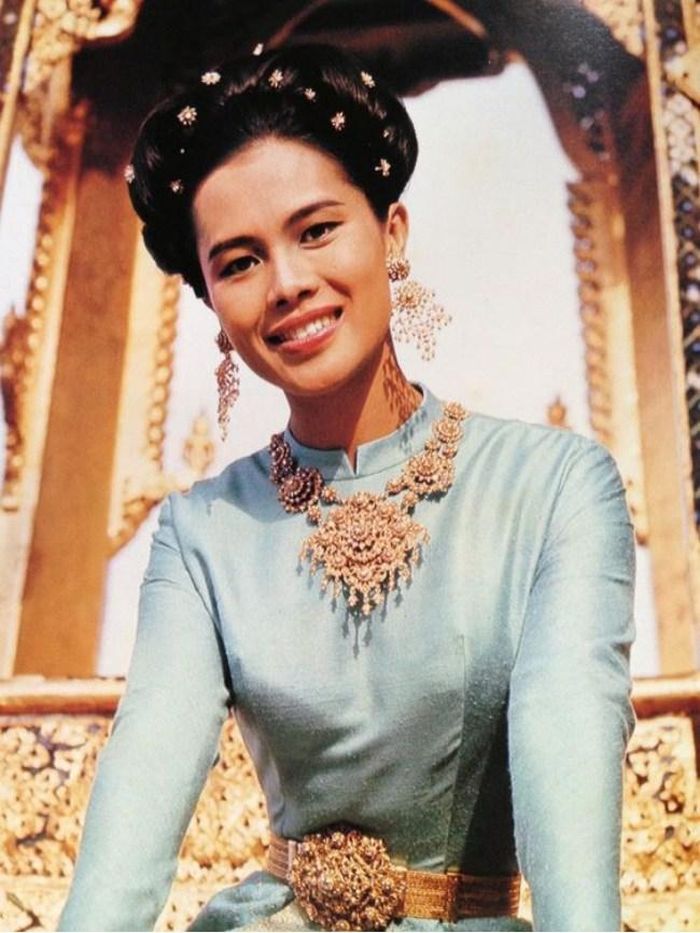 In the 50s and 60s of the last century, when the Thai tourism industry was not as developed as it is today and the “hybrid trend” was not as prominent as now, the standard beauty of Queen Sirikit was much appreciated. admirer. 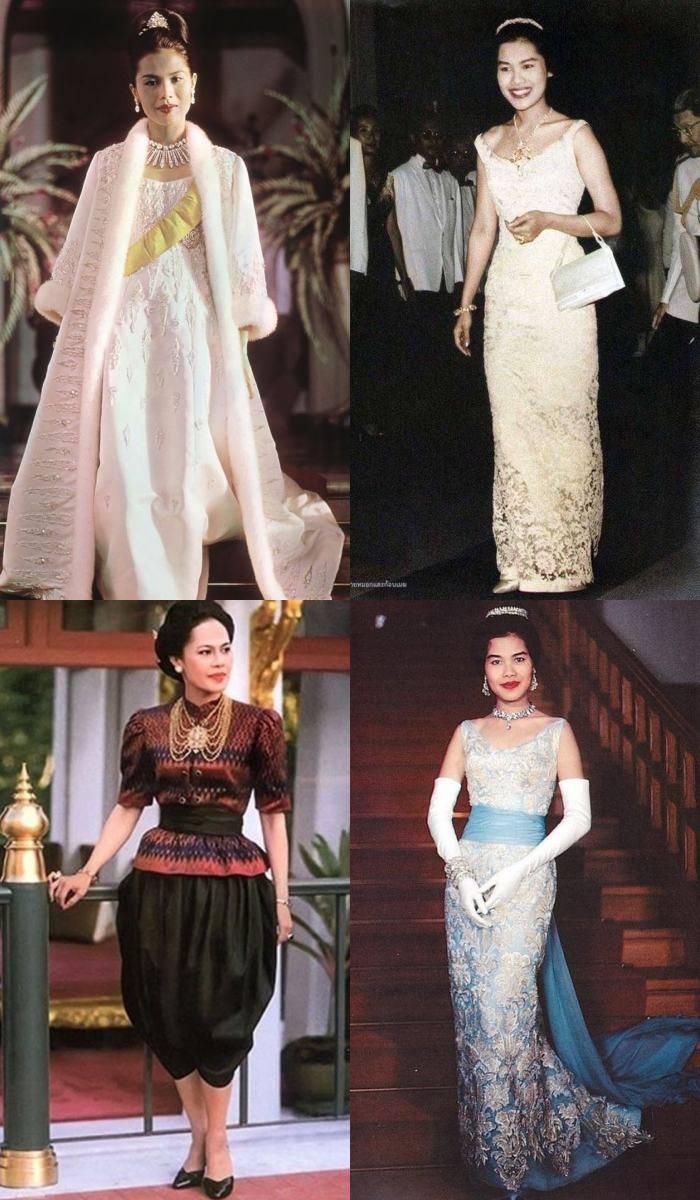 She was also honored as an important influence in the history of Thai silk weaving when bringing profound changes to the thinking about aesthetics and fashion of the Thai society’s upper class in particular. , and the costumes of Thai women of all classes in general. In the past, when Vietnam was still in wartime and we often learned and imported some cosmetics from the land of the Golden Temple. An important contribution in the beauty trend of that time was the effort of Queen Sirikit. Looking at her series of pictures in the past, we can see the beauty recipes she used in her youth. Trendy hairdos Regardless of the era, women’s hair is still the part that is most focused on beauty. Hair contributes to “fixing” a very large face that few people know about. The Queen of the past lived in France for a long time, so it is not surprising that she also owns the legendary non-goat hair. This hairstyle is often curled close to the hairline and parted, shaped by spray. 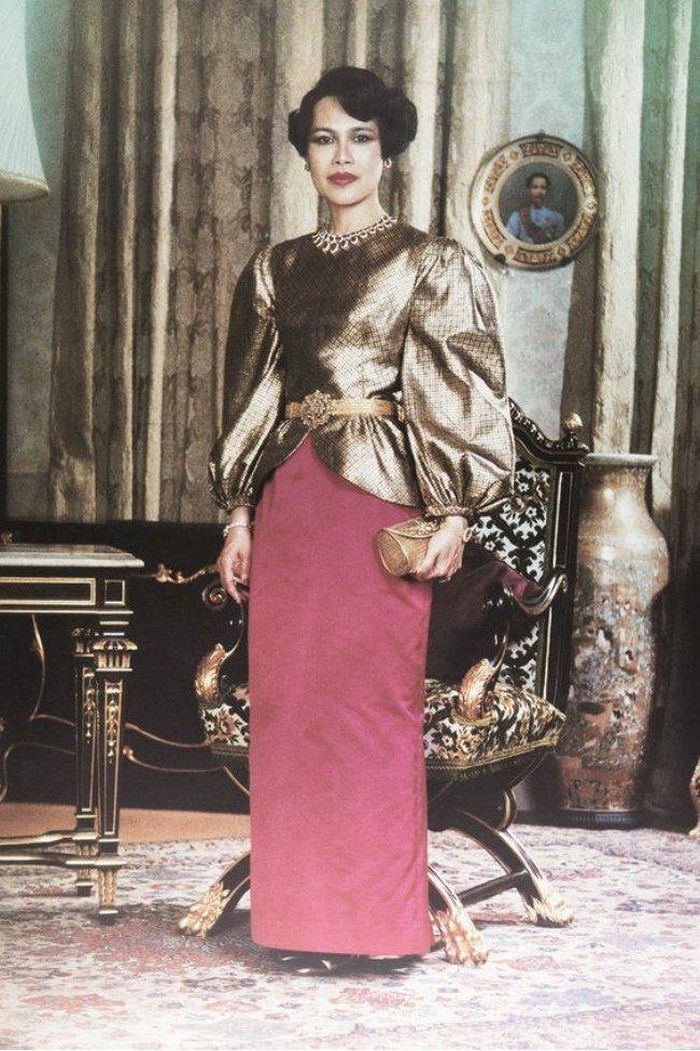 This hairstyle is typical of women of the aristocracy. It gives the face a salty, noble look. In particular, non-goat hair is also suitable for almost any outfit, from traditional to modern evening dresses. 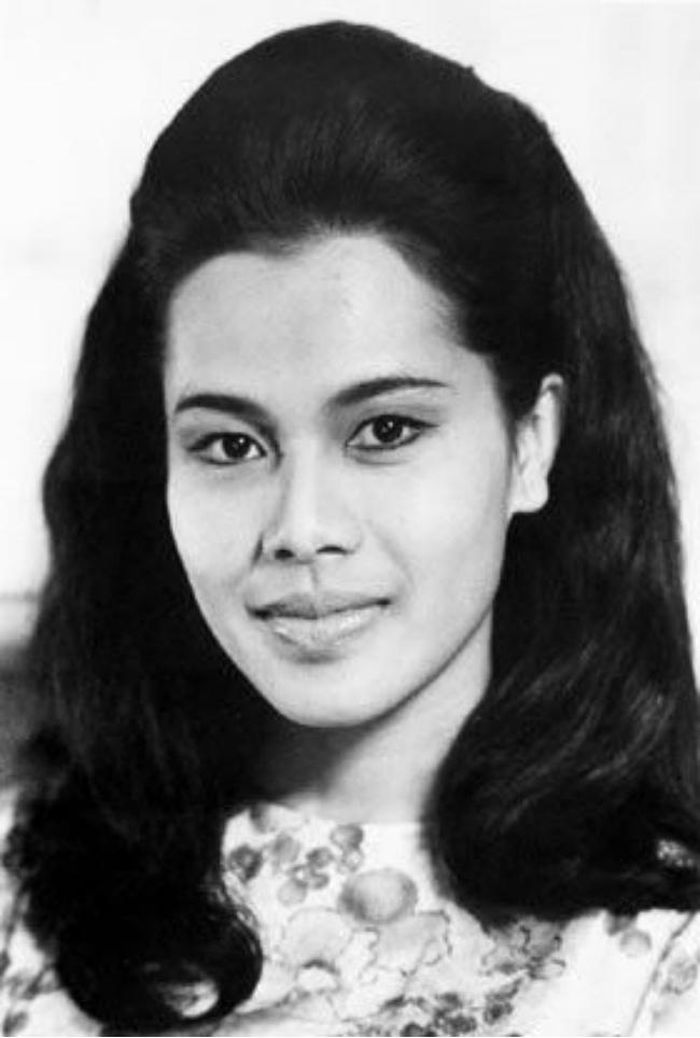 Besides, decades ago, women were also very fond of the fashion of messy hair to create height hacks. People often put a layer of cotton wool inside or sometimes a messy hair dust to fix the top of the head higher. Makeup style In the 80s and 90s of the last century, in Vietnam, there was a lot of “red-eyed blue eye” makeup, but in Thailand it was applied before. Thai women in the past, once wearing makeup, would be bold and sharp without the current “mist” concept. Part of Europe was also because the technology of making cosmetics was still limited at that time. 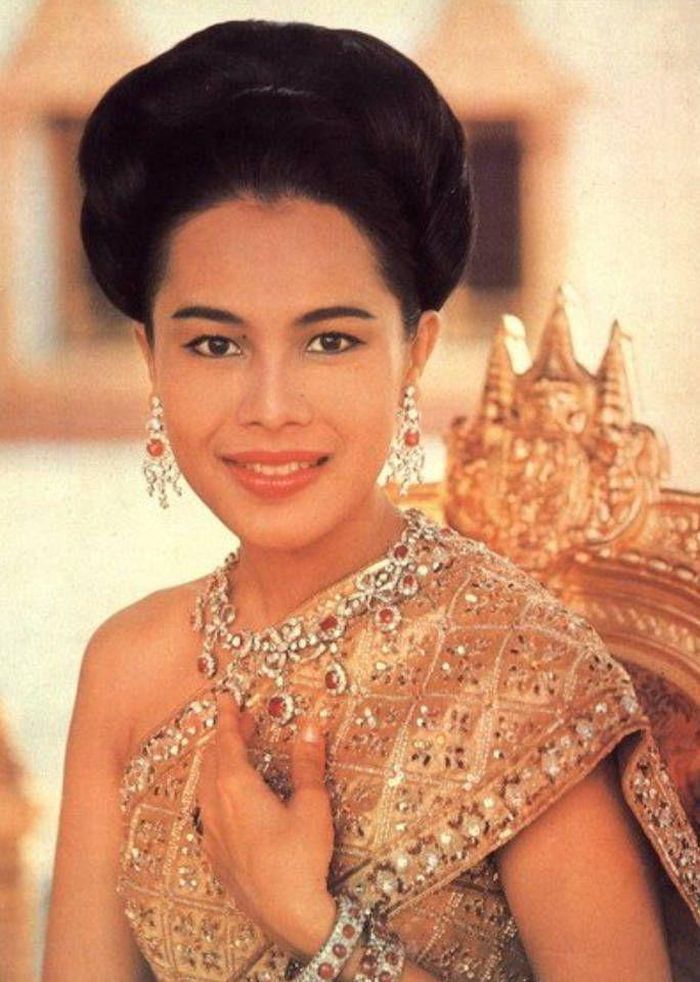 Not only wearing lipstick and blue eyes, the ancients also liked the lower eyelid line to make the eyes deeper and sharper. How to keep charming The concept of beauty of a girl and woman of the old decade also lies in the way she speaks and walks. All must exude meekness, gentleness and gentleness. 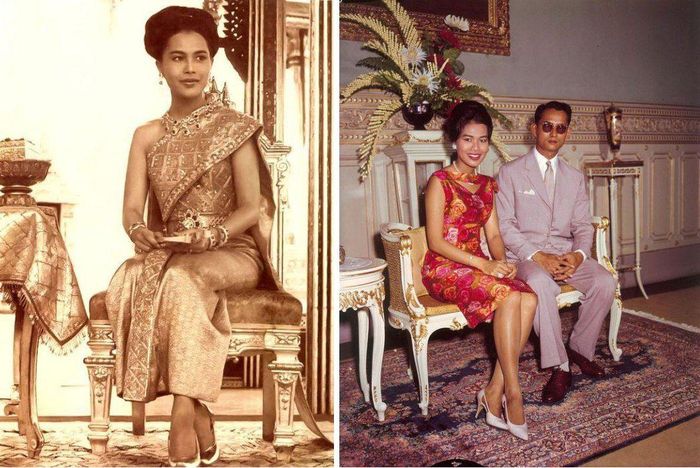 In the panoramic photos of the old queen, in a sitting position, she always crosses her legs with 1 front leg, 1 back leg. At the same time, the two hands are clasped together on the thighs to keep the grace. 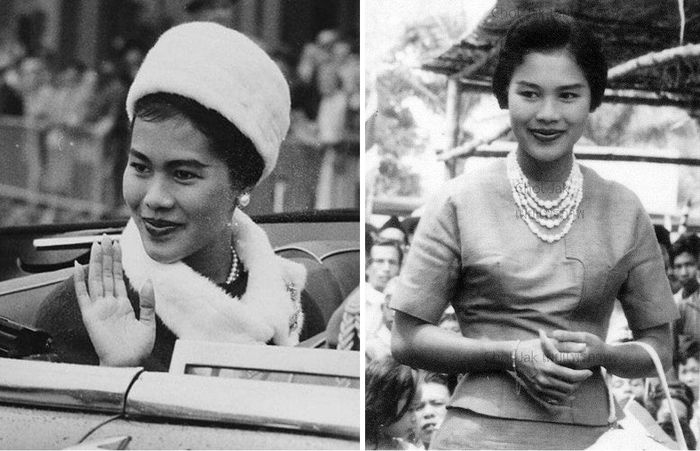 The pictures left for posterity are never without the queen’s friendly and affectionate smile.

Cheng Xiao in a white dress is too good, Casper wants...

editor - April 18, 2021 0
Recently, the temperature has gradually risen, and Beijing has also ushered in a breath of island, which is the latest activity inspired by...