On the evening of June 16, Honor will release the Honor 50 series of mobile phones. This is the first flagship model released by Honor after being independent of Huawei.

(The picture comes from the glory mall)

At the press conference, there will be many new products of Honor 50SE, Honor X20SE, and Honor Play20. Starting at 10:08 on June 1st, Honor will open all-platform reservation activities simultaneously. Users can go to Honor online and offline platform stores to reserve Honor 50 series products for free. As of 16:00 on the 14th, The online platform JD Honor 50 has reserved 597,000 reservations, and the Honor 50Pro has reserved 348,000 reservations. In addition to the 123,400 reservations made by the Honor Mall, the total number of reservations has exceeded 1.05 million, which is unprecedentedly popular. 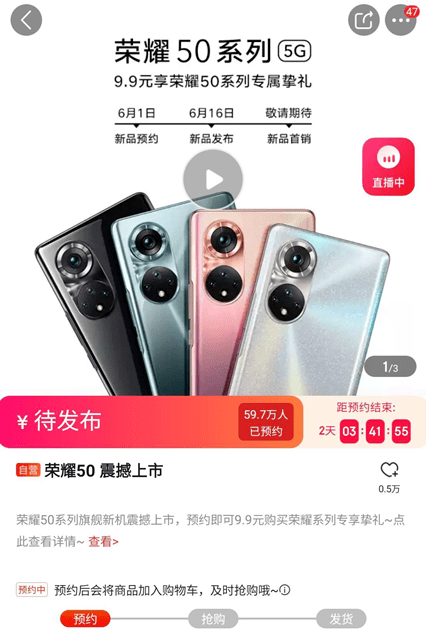 It is reported that, The Honor 50 series will be equipped with Qualcomm’s Snapdragon 778G 5G mobile platform for the first time. The Snapdragon 778G uses TSMC’s 6nm process technology, A78 architecture, and the highest frequency can reach 2.4GHz. Glory CEO Zhao Ming said at the Qualcomm Technology and Cooperation Summit on May 21 that since Glory became independent, Qualcomm is the first batch of manufacturers to complete the supply certification of Glory and sign a comprehensive supply agreement. Glory’s flagship and high-end products released in the future will all use the Qualcomm Snapdragon platform. Starting in June, Honor’s chip supply will be fully restored.

In November last year, due to the pressure of being cut off from the supply of chips, Huawei decided to sell the business assets related to the Honor brand and no longer hold any shares. After more than two months of independence, almost all suppliers have resumed the supply of Honor, including AMD, Intel, Samsung, Qualcomm, MediaTek, etc.

Huatai Securities believes that the recovery of glory may bring new opportunities for Android industry chain companies, but competition in the mid-end mobile phone market may further intensify, putting pressure on mobile phone manufacturers such as Xiaomi.

// The latest pattern of the mobile phone market //

And because of the “lack of core” problem, Huawei’s mobile phones have been in a dilemma that they are out of stock. After selling the mobile phone sub-brand “Honor”, Huawei has provided other manufacturers with an opportunity to seize market share. So far, In the first quarter of this year, the shipments of Xiaomi, OPPO and vivo all showed good growth. Among them, Xiaomi began to take the lead, with shipments of 49 million units in the first quarter, far exceeding OPPO’s 38 million units and vivo’s 35 million units. 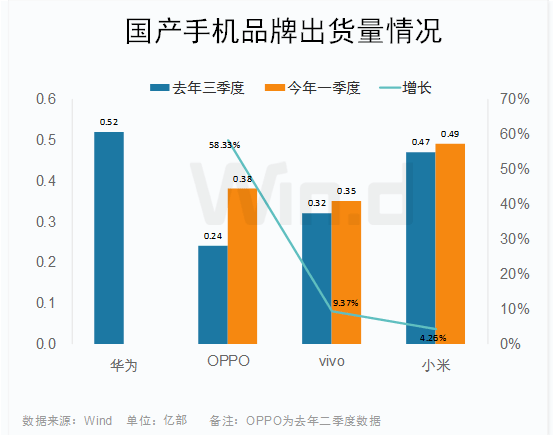 It is worth mentioning that in the first quarter of 2021, Xiaomi Group has set a revenue of up to 77 billion yuan, with a net profit of 7.8 billion yuan, which has exceeded half of last year’s annual profit, and both revenue and net profit have reached record highs. Mobile phone shipments reached 49.4 million units, successfully ranking among the top 3 in global mobile phone sales, accounting for 13% of the global market share. Huawei’s global market share is only 4%, which is less than 1/3 of Xiaomi’s.

On May 21, 2021, Honor CEO Zhao Ming stated at the 2021 Qualcomm Technology and Cooperation Summit that Honor has formally reached a strategic cooperation with Qualcomm. In the future, all products of Honor will adopt the Qualcomm platform. Glory’s chip supply will be fully restored in June, including AMD, Intel, Micron, Samsung, Qualcomm, Microsoft, MTK, etc.

Zhao Ming said that April is the darkest moment of glory, and it will gradually recover from May. Beginning in June, Honor’s chip supply will be fully restored. Honor’s market share was 3% when it was at its lowest, and it has now recovered to 8%.

// Competition in the mobile phone market may further intensify//

Huatai Securities believes that the recovery of glory may bring new opportunities to companies in the Android industry chain such as Sunny, but competition in the mid-end mobile phone market may further intensify, putting pressure on mobile phone manufacturers such as Xiaomi.

Industrial Securities judged that although the supply of chips was resumed in glory, there are still difficulties in obtaining chips under the current extension of the delivery period. The annual mobile phone shipments are expected to remain at around 40 million.

Huajin Securities pointed out that since May, Android-based mobile phone brand manufacturers have placed revision orders and confirmed the order adjustment information with the supply chain. The performance enhancement brought by 5G is not as attractive as expected, technological innovation is limited, consumer replacement cycles are lengthened, and supply-side shortages and price increases have forced terminal manufacturers to respond with reduced specifications. The smartphone sector “made worse” and costs increased in the second quarter And the downward revision of shipments has put pressure on the industry chain.

This time the Honor 50 series phones, For Honor’s flagship model released for the first time since Huawei’s independence, it inherits Huawei’s genes in terms of brand, channel, and technology. Honor’s market performance in the second half of the year and in the future is worth looking forward to.

According to the analysis of the Liu Shuangfeng & Lei Ming team of CITIC Construction Investment, the new Honor will effectively meet the “delayed” replacement needs of the original Huawei users. It is expected that the new Honor will be able to successfully start the volume in the country in the second half of the year. The overseas market will also gradually make breakthroughs. At the same time, we expect that with the release of new Android phones, as well as the peak season of 618 and Shucu, In the third quarter, the domestic mobile phone market will recover from the weakness in the second quarter, and the performance of the upstream consumer electronics industry chain will also be boosted.

Although the current details of the Honor supplier have not been known, the hot sale of the new Honor machine is undoubtedly positive for the smartphone industry chain. Wind data display, At present, there are many companies in the smart phone industry chain. There are many listed companies in the six major displays, chips, casings, cameras, batteries and PCBs. Worthy of attention. 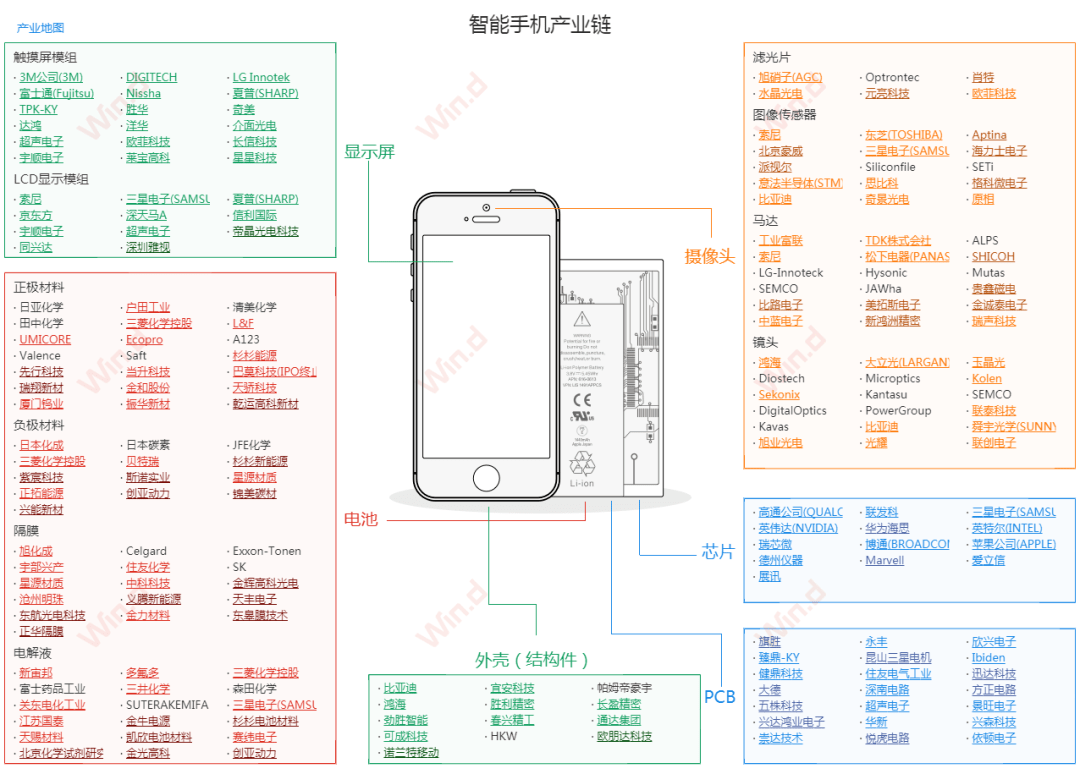 Dialogue with Wansheng experts and discover new opportunities in the market