Recently, the world famous travel website Touropia voted the top 10 most beautiful bays on the planet. Accordingly, the location of Ha Long Bay (Quang Ninh) of Vietnam is honored to take the first place in the ranking.
1. Ha Long Bay

According to the world famous travel website Touropia, Ha Long Bay ranks first in the 10 most beautiful bays in the world. Ha Long Bay is located in the North of Vietnam with a coastline of 120km. The bay is one of the most famous natural attractions in Vietnam, which is loved by tourists because of its turquoise blue sea color, limestone mountains, surrounded by dense forests and many species of wildlife. form a spectacular seascape. 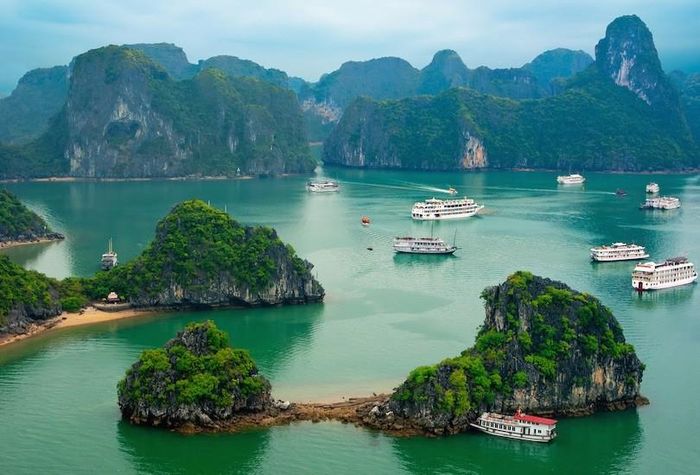 Ha Long Bay topped the list of top 10 most beautiful bays in the world. Photo: Touropia Famous places associated with Ha Long Bay leave a strong impression on tourists, such as: Thien Cung Cave, Dau Go Cave, Sung Sot Cave, Trong Mai Islet… In addition, if coming to Ha Long and participating in overnight cruise tours, visitors can also enjoy the amazing beauty of the islands, beautiful caves, watch the romantic sunset on Ha Long Bay and enjoy the fresh morning air. Previously, Ha Long Bay was also voted by many other travel websites as the most romantic destination in Asia. UNESCO twice recognized Ha Long Bay as a World Natural Heritage in 1994 and 2000. In July 2003, Ha Long Bay was ranked, recognized and admitted by the Club of the most beautiful bays in the world. member. 2. Guanabara Bay Second on the list is Guanabara Bay – a beautiful bay located in the southeast of Brazil. The bay is surrounded by tropical forests, beaches, strangely shaped rocky islands, high mountains like Mount Marl and the neighborhood of Rio de Janeiro. 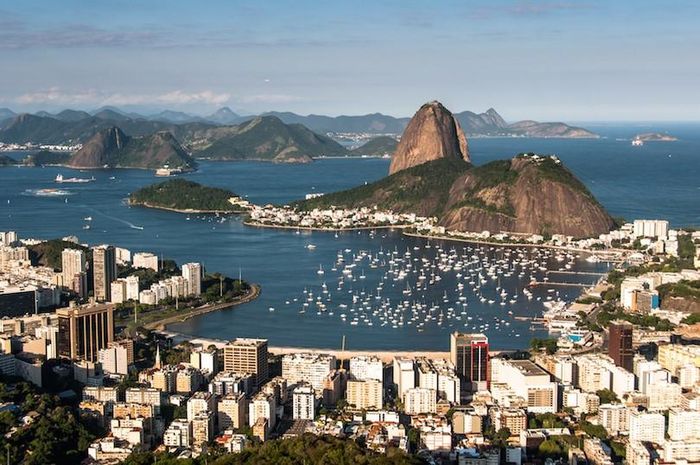 Guanabara Bay. Photo: Touropia The bay was discovered by the Portuguese explorer Gaspar de Lemos in January 1502 and he named it Rio de Janeiro which means a great river. The name Guanabara is the name of the Tupi-Guarani language. 3. San Francisco Bay San Francisco Bay is located on the coast of California. The area around the bay, often referred to as the Bay Area, is the second largest western metropolitan area in the United States with about 8 million inhabitants. San Francisco is a financial center of the bay of which San Jose is the most populous city. 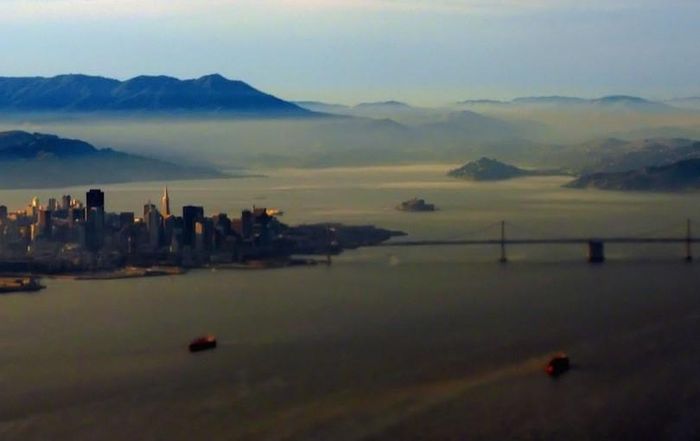 San Francisco Bay. Photo: Touropia The bay has many islands, including a small island in Alcatraz, which was a prison until 1963. The bay was extended into the Pacific Ocean with the Golden Gate Bridge. 4. Port Jackson Port Jackson is Sydney’s natural harbor, one of the most livable and most beautiful cities in the world. The harbor consists of hundreds of coves, coves, beaches and waterways, creating a picturesque Sydney harbor landscape. The harbor has two of Sydney’s most famous destinations that visitors can visit when traveling to Australia, the Sydney Opera House and the Sydney Harbor Bridge. 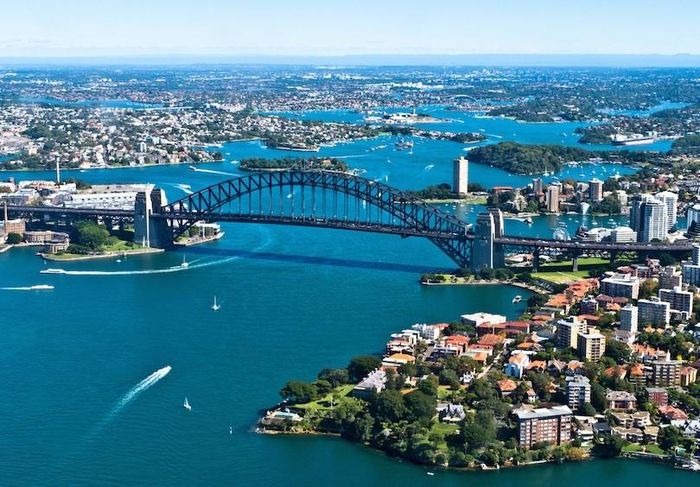 Port Jackson. Photo: Touropia 5. Victoria Harbor Victoria Harbor is a very popular destination in Hong Kong (China), one of the deepest container seaports in the world. Victoria has a beautiful landscape with immense blue sea on one side and skyscrapers on Hong Kong Island (China) and Tsim Sha Tsui coast on the other. 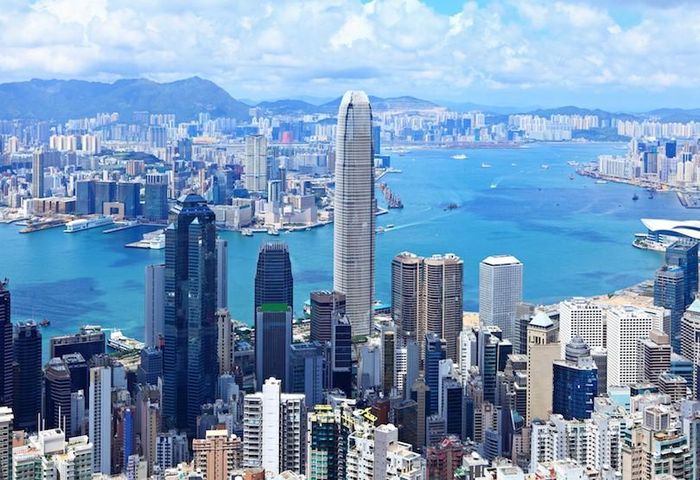 Victoria Harbor. Photo: Touropia Victoria Harbor is one of the busiest ports in the world with hundreds of ferries, sailboats and motorboats coming in and out of the coast. One of the most interesting ways to visit the bay is by taking a Star Ferry cruise in the Hong Kong (China) tour. 6. Phang Nga Bay About 95km from Phuket Island, Phang Nga Bay is a beautiful scenic spot of Thailand. It has beautiful caves, flooded caves and 300m high limestone islands. The most prominent island in the bay is a limestone island Ko Ping Kan (commonly known as “James Bond Island” because it appeared in the movie “James Bond – The Man with the Golden Gun”. visit caves and flooded caves.

Phang Nga Bay. Photo: Touropia 7. Kotor Bay Kotor, located southwest of Montenegro on the Adriatic Sea, is one of the most beautiful bays in Europe. Due to the surrounding mountains, the view of the bay is often mistaken for a fjord, but in reality it is a vast river gorge.

Bay of Kotor. Photo: Touropia The romantic shores of Kotor are beautiful beaches, where there are many tourist resorts and picturesque cities: Risan, Perast and Kotor… 8. Bay of Islands The Bay of Islands is the most prominent tourist destination when traveling to New Zealand. The bay consists of 144 islands, a remote area with few people living with large unspoiled beaches. This sea is rich in biodiversity including whales, penguins, dolphins and large marlins. Therefore, visitors coming here can take a cruise on the sea or do sea sports. The bay also has a long history, being where Europeans first settled in New Zealand. 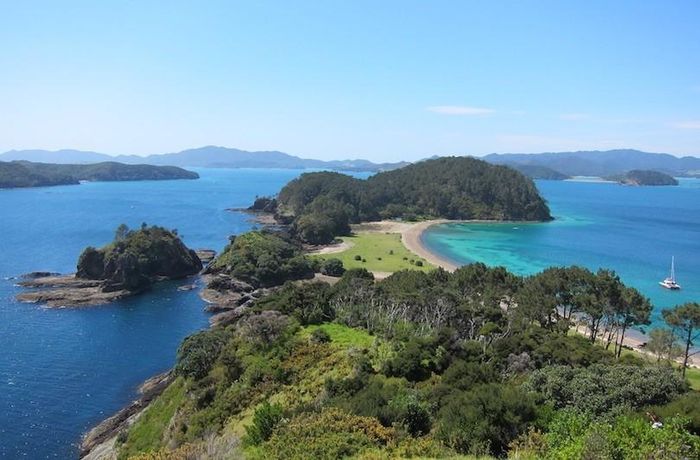 Bay Islands. Photo: Touropia 9. Paradise Bay Along with the port of Neko, Paradise Bay is one of only two places where cruise ships stop in Antarctica. Therefore, the bay is one of the most visited areas in Antarctica. The bay is surrounded by icy mountains and cliffs. Traveling here, visitors can take an inflatable boat, visit the Chile research station and take pictures of the penguins. 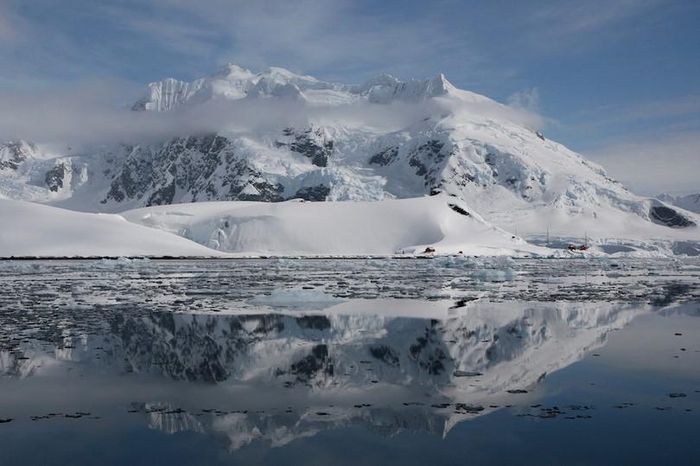 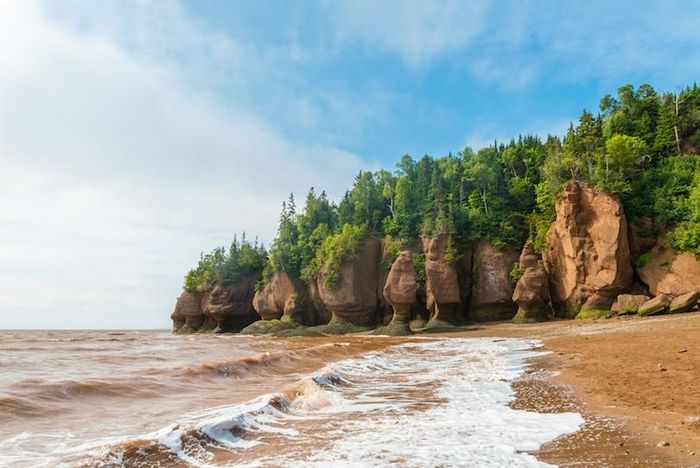 Bay of Fundy. Photo: Touropia The Bay of Fundy is located on the Atlantic coast of Canada with high tides. Due to the special shape of the Bay, the difference between high tide and low tide is about 16m. The best place to watch the tides is the Hopewell Rocks, which are as sharp as wooded sandstone towers. At low tide, you can see the peculiarity of the rock formations here. GALAXY (According to Touropia)

N.T (Theo THX, DW, Reuters) - May 31, 2021 0
These days, a drone flies around Glyfada beach, a southern suburb of Athens, to monitor the distance between sunbeds and umbrellas, while hand sanitizer...