Home Tech How to completely erase all data on iPhone

If the user has an unused iPhone, wiping the data is essential. Depending on the importance of each type of data, the way to delete information will be different.
If you’re planning to sell, give away, or throw away an old iPhone or iPad, make sure you’ve erased any personal information on the device and that it won’t be recovered.

According to the The Intercept, In addition to the usual way, there is an “unofficial” way to ensure that the data on the iPhone cannot be restored. However, doing so would mean damaging the device. The official way to wipe iPhone The encryption key is where your iPhone/iPad uses to decrypt information, so removing this key leaves all your data permanently encrypted and therefore inaccessible. The first thing you’ll need is a working iPhone/iPad that you can navigate using the touchscreen or connect to a computer. 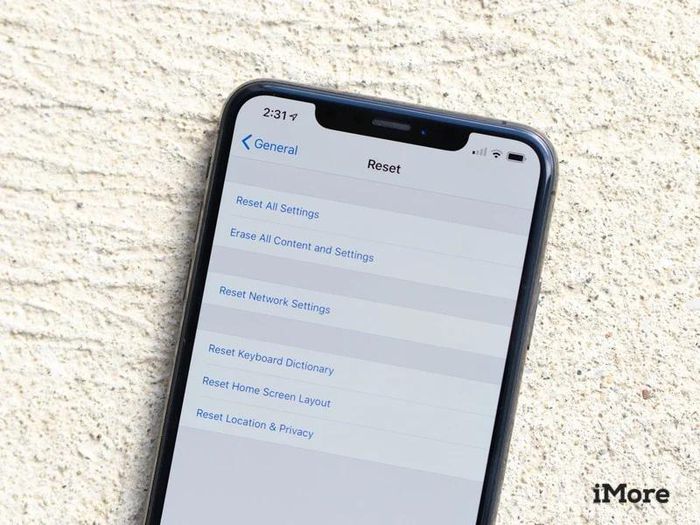 Before selling, giving or transferring iPhone, users should wipe old personal data. Photo: iMore. The easiest way is to do the following steps: Settings > General > Reset > Erase All Content and Settings . If your device for some reason cannot access Setting , you can try the second way by connecting them to your laptop or desktop and restore them through a third device. If the above two methods still don’t work, try putting the device into Recovery Mode , iPhone/iPad will return to factory settings and erase all your data. Alternatively, if your device won’t even turn on, use Force Restart according to the manufacturer’s instructions, then follow one of the methods outlined above. The most thorough way to delete data If you have tried all the steps above and your device still won’t turn on or can’t connect to the computer, the best way is to destroy the memory chip, which contains all user data. 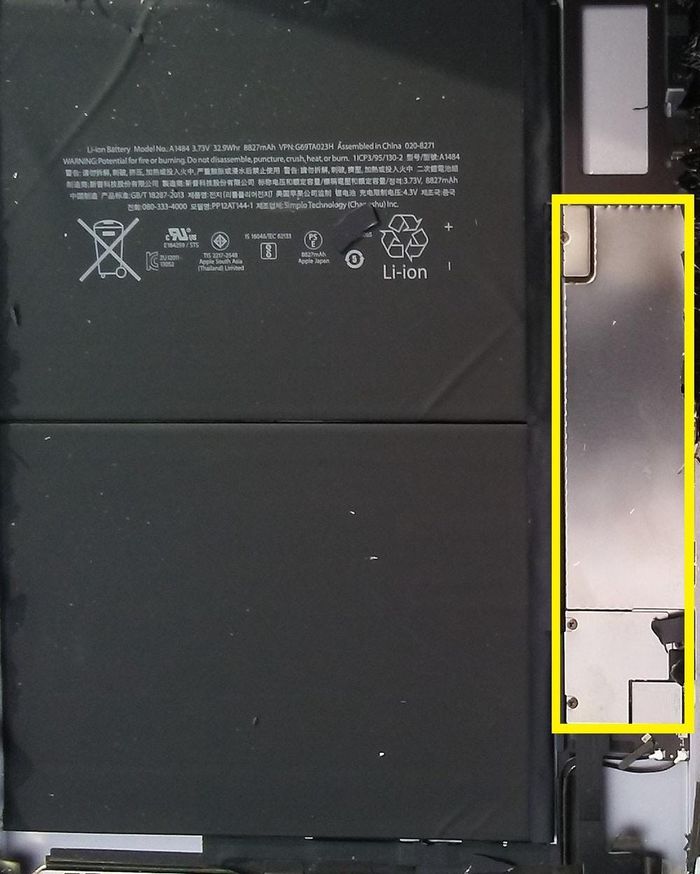 The flash memory chip (yellow border below) is in the same black board and controller chip. Photo: The Intercept. In ‘s post The Intercept , the author used iPad 6 as an example of how to destroy memory chips. However, regardless of model, the general procedure is the same: remove the iPhone/iPad screen, find the board, and destroy the memory chip. To get the memory chip, you must disassemble your iPad. First, find a way to remove the iPad’s touch screen so you can look at the internal components. There are specialized tools on the market to remove the panel, but if such tools are not available, you can heat around the edge of the screen, to melt the adhesive, then use a flat object and gently pry the monitor up. After removing the screen, you’ll find the iPad’s battery with a metal shell on the side that houses the iPad’s logic board and memory chip. Remove all securing screws and connection cables, and remove the board cover. 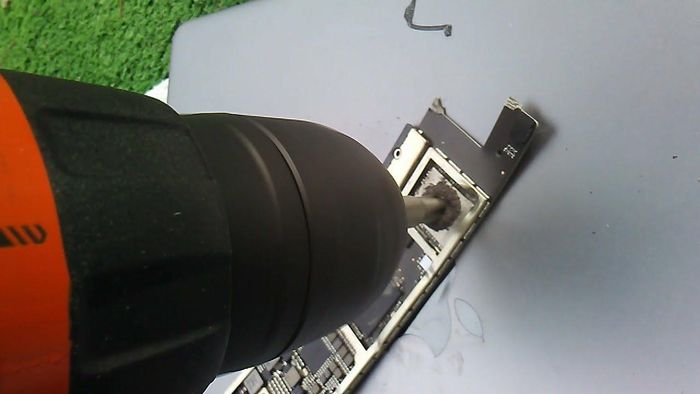 Use the drill to destroy the memory chip. Photo: The Intercept. After removing the cover, you will see the memory chip is silver and located in a metal shell, next to the logic board and the black processor chip. Now all you have to do is take out the flash chip and destroy it. The suggestion from the article is to use a drill and drill through the memory chip until the device breaks. The author of the article recommends that you ensure safety issues before starting to destroy the aforementioned chip. The above method is also used by many hackers around the world to delete evidence. Catfish, the owner of Chicken Drumstick, the biggest game cheat ever, recounted smashing his memory chips one by one to erase the crime. Once discovered, Catfish quickly shut down the servers running the cheat software, and hammered out all the hard drives that might still contain cheat-related data. “I panicked so much that I smashed every chip I saw in the SSD. Then I dumped it all a few miles away,” Catfish said.

iPhone 13 has an expected change that iPhone 12 Pro Max...