With the goal of inspiring and supporting developers to adopt and integrate HMS Core Kit to create innovative applications, the contest will be held separately in 5 regions including Asia-Thailand. Binh Duong, Europe, Latin America, Mainland China, Middle East and Africa. 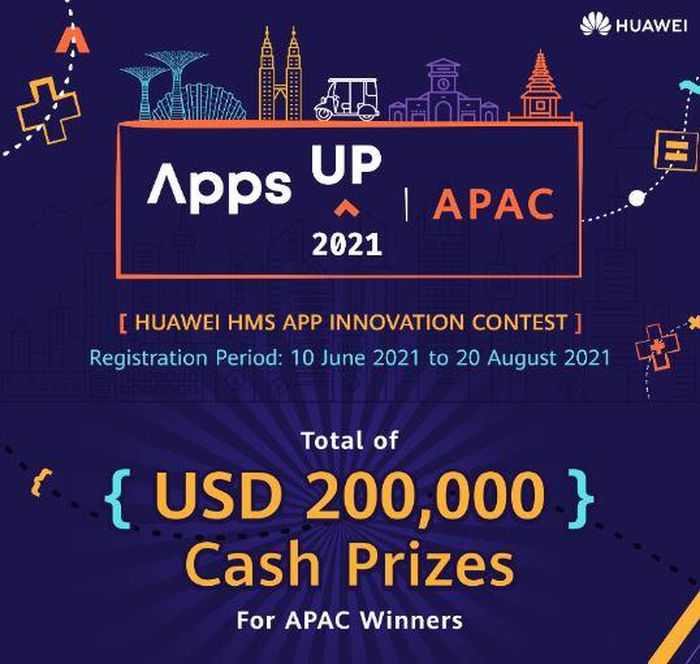 Annual global app innovation competition. This year’s version of the competition in the Asia-Pacific (APAC) region will be where contestants in the region showcase their skills and talents to win a prize pool totaling $200,000. Interested candidates can apply for the exam from June 10 to August 20.

AppUP Contest 2021 Jury Member This year’s Asia-Pacific region competition will feature 10 award categories – Best App, Best Game, App Award with Biggest Social Impact, Honor App Award and Most Popular App Award; as well as new categories including AppGallery’s Rising Star Award, Best FinTech Innovation Award, Best HMS Core Innovation Award, Outstanding Student Award, and Best Student Award Technology women. 20 featured applications will be selected based on social value, business value, user experience and innovation. Shane Shan, Director of Huawei Consumer Cloud Services in Asia-Pacific, said: “At Huawei, we believe in building an inclusive digital society where technology is open to all. Through Huawei’s easily accessible platforms, development tools and technical resources for everyone, we hope to empower developers at all levels to So at AppsUP 2021, we’ve doubled the number of award categories with new awards specially created to honor student developers, developers, and developers. female developers and new developers entering the HMS mobile ecosystem”. Comprehensive support for developers In addition to the cash prize, AppsUP 2021 offers an opportunity to accelerate the way towards the third largest mobile ecosystem, providing a stepping stone for developers to enter the global market. Participating in the competition and introducing developers’ apps to the AppGallery app store is a launchpad for them to reach more than 730 million Huawei smartphone users globally, and increase their exposure. with potential partners and investors. Candidates in the Asia-Pacific region will enjoy an expanded array of technical support, including hands-on training seminars from top Huawei engineers and guest judges. The finalists may also have the opportunity to participate in a global marketing and communication campaign with Huawei.

Hà An - April 25, 2021 0
For Bamboo Airways, the strategic cooperation with PIA Group is in line with Bamboo Airways' strategy of modernizing and professionalizing its fleet and flight...