The move comes nearly two months after the submarine KRI Nanggala sank off the island of Bali during training and China increased its activity near the Natunas. According to analysts, the frigate deal with Italy highlights Jakarta’s concerns after being “intruded into its territorial waters” by Beijing’s ships. 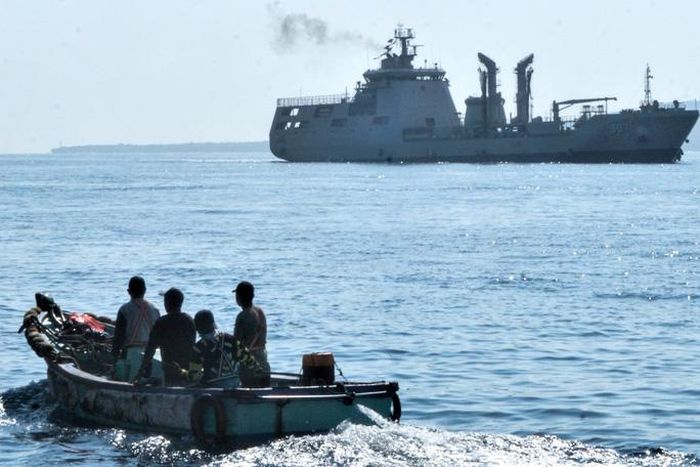 An Indonesian navy ship leaves to rescue the sunken submarine Kri Nanggala. Photo: Xinhua News Agency SCMP cited a leaked document revealing that the Indonesian Defense Ministry is expected to propose a budget of 124 billion USD, to be divided over 5 years. This is three times more than five years earlier ($38.8 billion). At the same time, the website of Fincantieri Shipbuilding Company (Italy) confirmed that Jakarta has signed a contract to buy 6 new FREMM multi-purpose frigates and 2 used Italian MaStrale frigates. The two MaStrale ships will be delivered after the Italian navy retires them. “The agreement underscores the importance of strengthening cooperation between the two countries in the strategic Pacific region,” Fincantieri said. “The destroyer agreement shows that European countries are increasing their engagement in the Indo-Pacific region,” said Muhamad Haripin, a researcher at the Political Research Center of the Indonesian Academy of Sciences. European countries increasingly respond to the foreign policies of US President Joe Biden, against the rise of China in the region. According to Mr. Haripin, Indonesia is in need of more patrol boats to monitor the 54,000 km long coastline and vast waters. “Indonesia is concerned about China’s growing assertiveness in the Indo-Pacific region. It realizes that the rivalry between China and the US can affect regional stability but does not want to interfere. attend directly,” said Mr. Haripin. China claims to have fishing rights in the North Natuna waters and sends fishing boats and coast guard to the area, but Indonesia objected.

Five papers in the future are selected as the top international...