Home Beauty Fashion It took one year for Guangzhou Lego players to build a simulation...

Southern Metropolis News reporter Ye Ziwen Zhang Chi The red wall and yellow tiles are simple and solemn. Entering from the Meridian Gate, there are more than 70 large and small palaces and more than 9,000 houses centered on the three halls. The city wall, the moat, the four city gates and the turret are all presented. Exactly.

After staying in the house for more than a year, Guangzhou local original Lego designer Li Shiyilang launched a new work, “I am a Chinese”, a Chinese-style work based on the Beijing Palace Museum. This 4mx2.4m work took a year and used 700,000 Lego pixel particles. Standing in front of this work, the audience seems to overlook the entire Forbidden City.

Li Shiyilang, whose real name is Li Zhining, claims to be a folk Lego designer without official certification, but since 2017, he has launched a large-scale MOC every year (My Own Creation, which means that he does not design new works according to the drawings of the official Lego set) , London’s Palace of Westminster, Saint Seiya’s Golden Zodiac, and then to super large Lego pixel paintings. 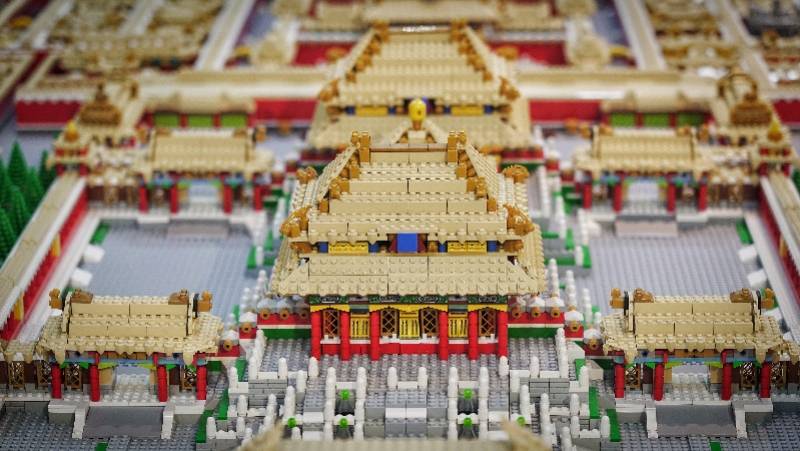 Li Shiyilang’s works are all built with ordinary Lego pieces, and the difficulty is evident.Photo by Nandu reporter Zhang Chi

During the epidemic last year, Li Shiyilang’s work almost stagnated, but new ideas were also emerging at this time: Lego has not tried Chinese style works for so many years, and he hopes to create one with the Lego bricks he is good at. Works reflecting Chinese power and Chinese wisdom. Last year was the 600th anniversary of the completion of the Forbidden City. Li Shilang, who had never been to Beijing, decided to use the Forbidden City as a prototype. 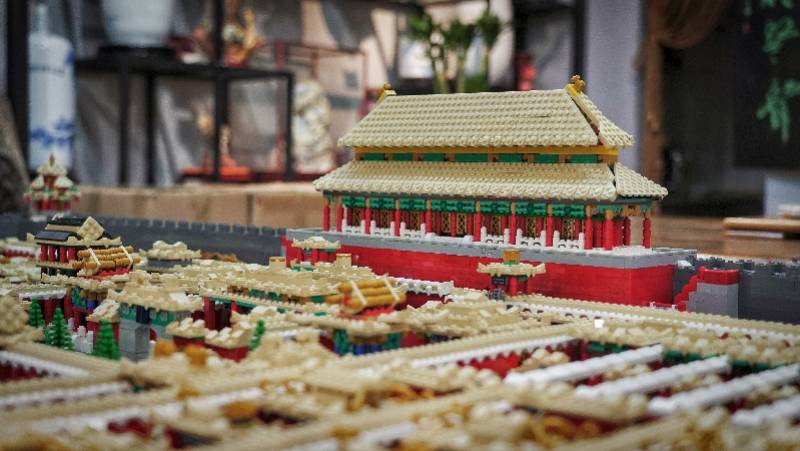 Compared with many Lego gods at home and abroad, Li Shiyilang is a very traditional craftsman. He has never used computer design, let alone modeling. “I created my creation by searching the pictures on the Internet and incorporating my understanding of Chinese style architecture.” Shichi Lang said, only drawing the simplest design drawings on white paper, indicating the location of each building. “Then follow the feeling, modify it again, and the finished product will come out.” Li Shiyilang said with a smile, this “specialty” also restricted him from participating in limited-time competitions, “because when I feel nervous, my brain becomes blank. ”

The initial construction was carried out on a 38cmx38cm building block base plate. Each building is based on Li Shishilang comparing the data map, using his many years of experience to select parts and strive to restore the body. “Because the studio is not big, so I can only do it part by part. And with the experience of previous exhibitions, I will first consider transportation when making it.” Li Shiyilang finally spent 60 plates to create. 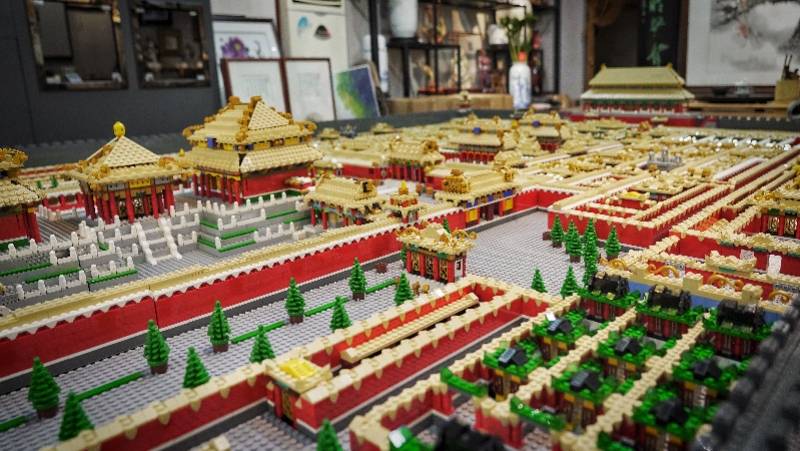 Details such as the imperial garden, city wall, moat, four city gates and turrets are all presented in the work.Photo by Nandu reporter Zhang Chi

The special feature of this work is that Li Shiyilang used the Lego ratio to play the concept. From the Meridian Gate, it was built according to the 1:1 ratio of Lego figures. After that, the Hall of Supreme Harmony, the Hall of Zhonghe, and the Hall of Baohe were gradually developed. Miniature, large, medium and small ratios overlap each other. “Because of the limitations of the site and design, only in this way can architectural elements such as the four gates, the three halls, the rear three palaces, the imperial garden and the Ci Ning Garden be presented.” Different proportions can be coordinated in the overall effect, Li Shiyi Lang believes that this is the highlight of this work.

Li Shichilang, who doesn’t like to use special parts for creation, chose ordinary Lego parts for his work this time. “All the parts are available in stock in the warehouse.” He has collected more than 11 tons of Lego for more than 14 years. Lego parts. “The difficulty of production is to find what you want in the 11-ton parts, and the second is to build it separately. The accuracy of some connections needs to be re-adjusted.”

It took a year. After the work was completed, he borrowed a friend’s storefront and merged the 60 floor plates of the completed construction to present the most complete work. “Unfortunately, we haven’t found a suitable exhibition hall for sustainable display.” 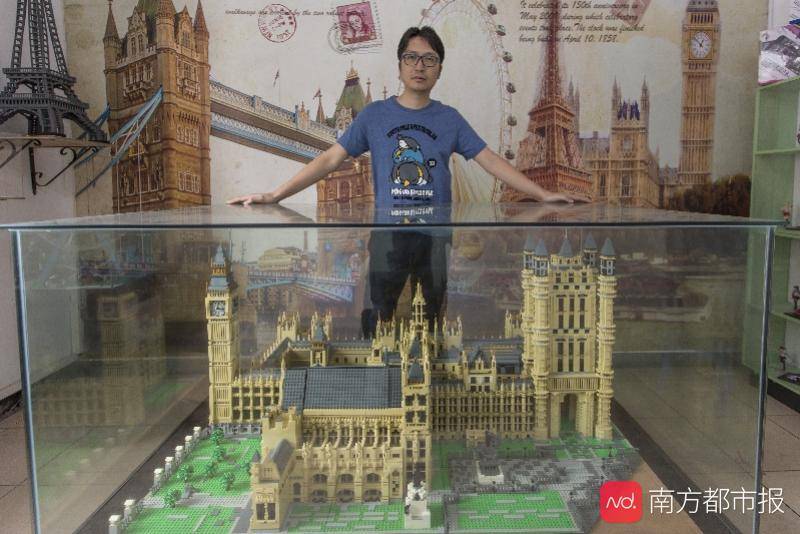 Speaking of this new work, Li Shiyilang is proud of him. He said: “It is not a foreigner who can play Lego. In China, in Panyu, Guangzhou, there is a person who can create such a work.”

Rosé gets Tiffany & Co. Unexpected favor, doing something no other...

Sơn Vũ - May 22, 2021 0
After so much controversy surrounding Rosé's 'global representative' title, now the main vocalist of BLACKPINK has enjoyed a privilege that no other K-Pop idol...