Home News World Many areas in the central and eastern regions have been hit by...

Chinanews.com client Beijing, June 16th, for consecutive days, heavy rainfall has been entrenched in the central and eastern regions in turn. Right now, a new round of precipitation process has begun. 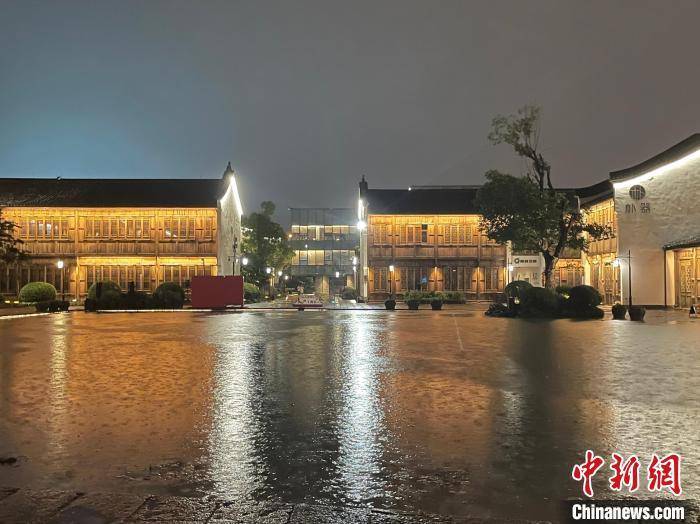 Data map: On the night of June 12, Hangzhou, Zhejiang Province, was greeted with heavy rain.Photo by Zhang Yuhuan

This wave of rainstorm range The widest period is here!

Since my country officially entered the main flood season in June, precipitation in various places has increased significantly. On the 14th, the Tuli River in Inner Mongolia and other places broke the record of the strongest rainfall in a single day in June.

In Puyang, Henan Province, after heavy rainfall, the local urban streets became a piece of land. The citizens drove like a boat, and the driver had to scoop the water in the car with a bucket. Some citizens even backstroke in the stagnant water.

The heavy rainfall process will continue. From the 15th to the 17th, a new round of heavy rainfall will occur in the eastern part of Northwest China to the middle and lower reaches of the Yangtze River. Eight provinces including Sichuan, Shaanxi, Zhejiang, Anhui and Jiangsu will be affected. 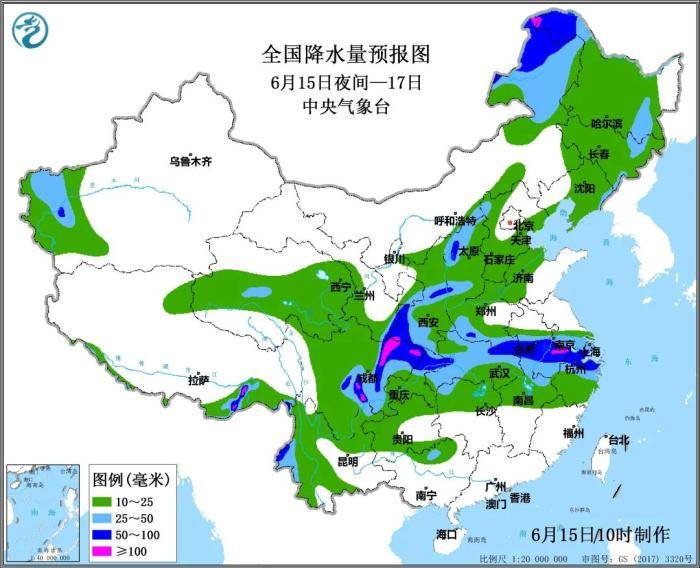 For example, in Sichuan, the rain began to spread in various places from the 15th, and the rain will intensify on the 16th. In some areas of 12 cities including Bazhong, Nanchong, Suining, Ziyang, Neijiang, Meishan, Leshan, there were heavy to heavy rains, and some Heavy rain.

According to analysis by Wang Tianqi, a meteorological analyst of China Weather Network, this round of precipitation will reach the widest period of precipitation on the 16th, and most of the central and eastern regions will be covered by rain.

The Sichuan Basin is the place with the strongest precipitation in this round. As the subtropical high pressure gradually extends westward, the local energy and water vapor continue to increase, and there will be obvious convection at night. 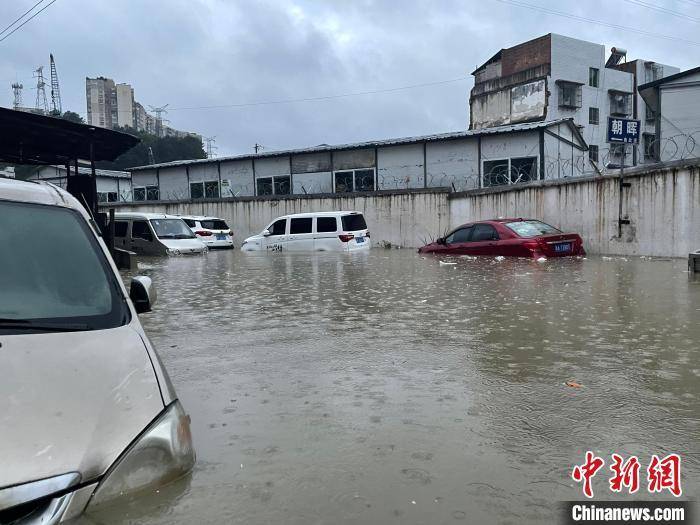 Data map: On June 10, heavy rain caused water to accumulate in Guiyang, Guizhou, and vehicles were flooded.Photo by Zheng Yu

The presence of heavy rains everywhere has also increased the risks of floods and geological disasters.

Previously, the results of consultations with the Office of the National Disaster Reduction Commission, the Ministry of Emergency Management, the China Meteorological Administration and other departments showed that in June, the risk of flooding and geological disasters in many areas in the south is high. Regional rainstorms and floods occurred.

The Huaihe Water Resources Commission of the Ministry of Water Resources held the first flood control conference this year on the 15th. Statistics show that since the beginning of this year, the average rainfall in the Yishusi River system has been 35% higher than that in the same period in history.

The Huai Commission requires that the flood limit water levels of reservoirs and lakes and the scheduling of water conservancy projects be well monitored, and the water level changes of major lakes such as large and medium-sized reservoirs in the basin, Hongze Lake, and Luoma Lake should be closely monitored.

In order to do a good job in flood prevention, the Yellow River Bureau of Shandong has recently launched an actual combat drill to prevent floods in 2021, simulating the 20,000 cubic meters per second flood evolution process at the Huayuankou Hydrological Station.

The Yellow River Water Conservancy Commission of the Ministry of Water Resources also held a flood prevention and drought relief mobilization meeting, demanding to shape a working state of “waiting for battle at all times and being able to fight at any time”. 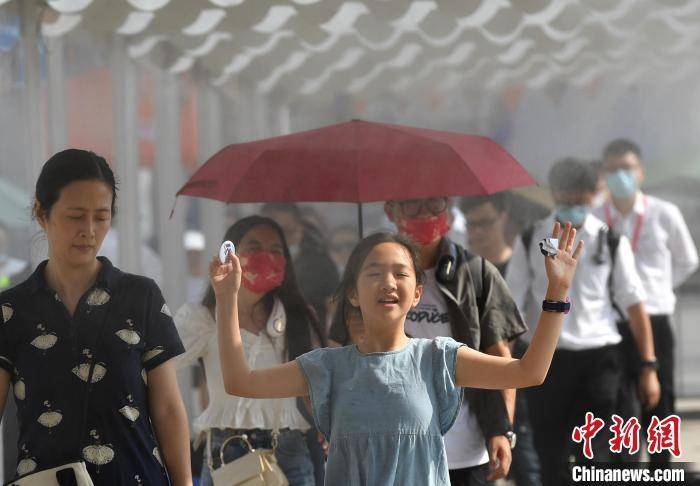 Data map: On June 12, the temperature in Chongqing reached a record high. The highest outdoor temperature exceeded 35°C. The picture shows a child passing by the water mist cooling area on the square.Photo by Chen Chao

On the 18th, another round of rainfall took over. From the 18th to 20th, there were moderate to heavy rains in north-central Jiangnan and eastern Guizhou, and heavy rains in some areas, accompanied by strong convective weather such as thunderstorms and gales.

It is worth noting that, before the next round of rainfall, there will be 35-37 ℃ high temperature weather in most of the south of the Yangtze River.

From the 16th to the 17th, the highest temperature in parts of Hunan, Jiangxi, Fujian and other places will exceed 37°C. Changsha and Nanchang may spend the hottest period of summer this year, and the air humidity is also high, and the sultry feeling is prominent, and it feels like a sauna day. Starting from the 18th, with the increase of rain, the high temperature in the above-mentioned areas will ease from west to east. (Finish)

editor - April 22, 2021 0
The Russian army assembles on the Ukrainian border?K Palace spokesperson: deployment is not a precursor to war Reference News Network reported on...