2006 – 2008 Won Gold Cup for Vietnamese Products, Gold Cup for Environmental Protection, WTO-compliant Products on Intellectual Property, Competitive Trademark. 2009 Established Opec Plastic Joint Stock Company (Opec Plastics., JSC), acquired Asia Plastic Factory. Year 2010 – 2011 The company invests methodically with large capital, senior personnel from abroad, business strategy highly focuses on the value chain and supply chain of the plastic – chemical industry. Year 2012 Put the new factory into operation, in Pho Noi A Industrial Park, Hung Yen province, specializing in the production of export PE packaging. The company became a strategic partner of Dung Quat Oil Refinery, distributing most of PP plastic products for the Plant. 2013 With its position as one of the leading plastic enterprises in Vietnam, with professional management, Opec Plastic continues to expand production and business, create more jobs for workers, and ensure the living standards of the people. employees. Year 2014 to present As the Top Plastic Enterprise in Southeast Asia, the largest plastic resin distributor in Vietnam and Southeast Asia, Opec Plastics always strives to connect and support Plastic enterprises in Vietnam and in the world. world in order to create added value for the parties through win-win and sustainable cooperation. In addition, Opec Plastics is also known as one of the leading manufacturers of biodegradable packaging in the country. 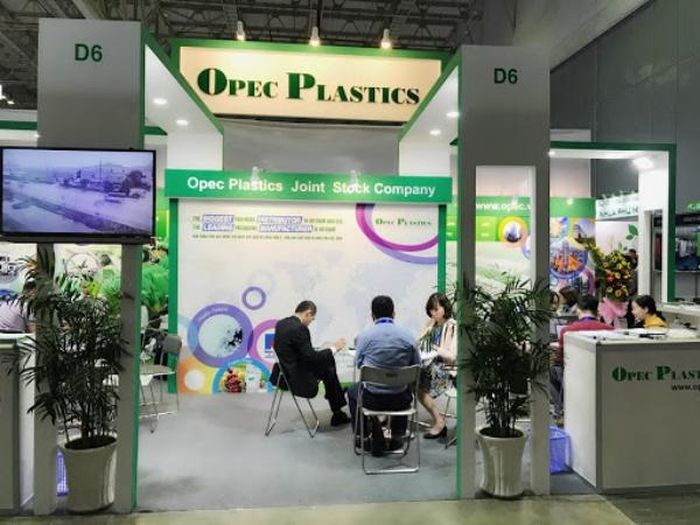 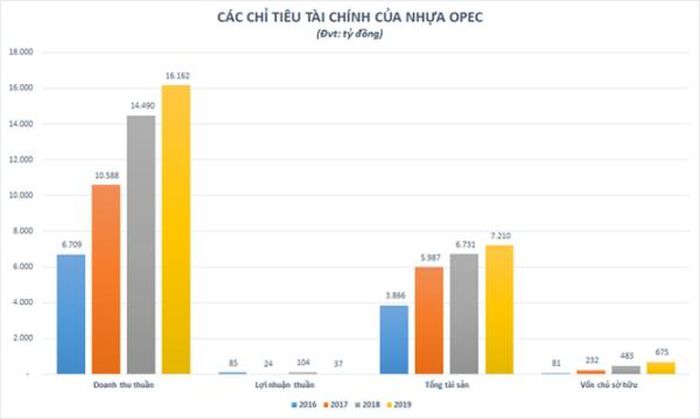 Total assets by the end of 2019 of Opec Plastics reached VND 7,210 billion, nearly double that of the end of 2016. Equity even reached VND 675 billion at the end of 2019, an increase of more than 8 times in the period. this time. With the ratio of liabilities to total assets regularly maintaining over 90%, most of Opec Plastic’s assets are still financed from debt capital, although this debt ratio is showing signs of decreasing. The business results of Opec Plastics are also significantly affected by the use of high leverage. Revenue far exceeds many “big guys” in the plastic industry Opec Plastic’s revenue grew strongly in the period of 2016-2019 during the expansion process, sometimes reaching double the figure of Tien Phong Plastic (code NTP) and Binh Minh Plastic (code BMP) combined and high much higher than the target of An Phat Xanh Plastic (code AAA), these are all “big guys” in the same listed plastic industry. Specifically, in 2019, Opec Plastics grew 11.5% compared to 2018 when it recorded VND 16,162 billion in revenue. The record revenue that An Phat Xanh Plastic, another big player in the industry, achieved in 2019 is 9,258 billion VND, which is only about 57%. 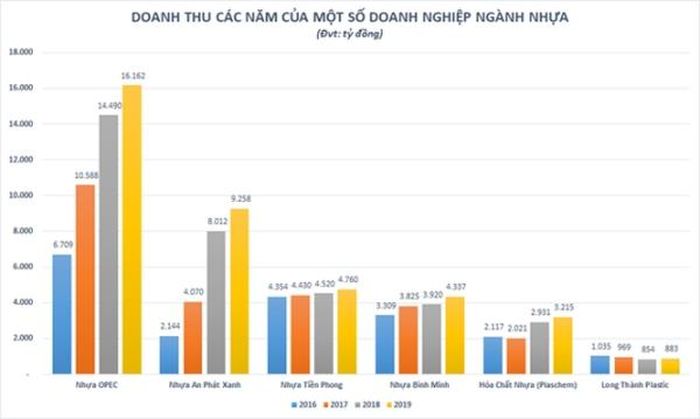 Profits eroded by leverage In 2019, net profit decreased by 64% compared to the previous year when this business only earned 37 billion dong in net profit. With 1,000 dong of revenue, it brought in just over 2 dong of profit, equivalent to a net profit margin of only 0.22%. Profit margins of Opec Plastics are only low because profits cannot keep up with capital raising process. In 2019, the return on equity (ROE) was only approximately 5.5%, and the return on assets (ROA) was only 0.5%.

“Collective” refinancing of securities firms, another 7 billion fixed increase of...