Quang Le said that although his company manages the adopted daughter Phuong My Chi, the remuneration is clarified and her biological mother receives enough for her.
Phuong My Chi and Ho Van Cuong are probably one of the most successful contestants on the program about finding young talents, both of which are always closely watched by the audience.

Recently, the noisy case between singers Ho Van Cuong and Phi Nhung related to sand caused public attention, Quang Le suddenly spoke about money with Phuong My Chi. Quang Le shared, for a long time with Phuong My Chi in terms of music, the male singer has always done his best to support Phuong My Chi in professional and work. As for the sand, the singer’s family understands and decides. According to Quang Le, this year is the most important year for Phuong My Chi because she will graduate from grade 12 and prepare to enter the university. 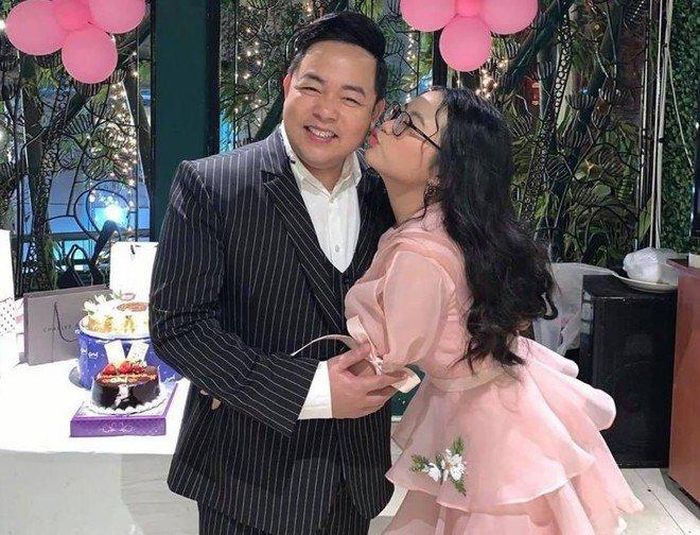 Phuong My Chi and her adoptive father Quang Le. The male singer also revealed on VTCNews Before that, he and his family sent her to an international school, from grade 3 to grade 9, the school sponsored 100% of her tuition, and from grade 9 to grade 12, she had to pay about 200 million / year. This tuition fee according to Quang Le is the money that Phuong My Chi earns from singing, which he and his family take care of and arrange to receive “numbers” for her. Child star Phuong My Chi was born in 2003 and was once known as a “prodigy” singing folk music when she enrolled in the contest “Voice of Vietnamese children 2013”. Although coming from a family with difficult circumstances, the singer made certain achievements at the family’s tea shop, but after only a few years of entering showbiz, the singer has achieved certain achievements. Stepping out of the playground “Children’s Voices” in the first season with the title of runner-up, Phuong My Chi until now can be said to be a famous vocalist and retains the most enduring stage aura among the faces. grew from this competition. It is worth mentioning that, knowing the difficult situation and also from the love of Phuong My Chi’s talent, singer Quang Le offered to adopt her so that he could guide and support this gifted voice. . After becoming famous, Phuong My Chi adopted Quang Le as her adoptive father and signed an exclusive contract with his music company. Accordingly, Phuong My Chi was hired by her adoptive father to teach her own vocals to supplement, train and perfect her singing ability, thereby giving birth to her first music album. She also has the opportunity to stand on many big stages both at home and abroad. There was even a time because Phuong My Chi saw so many “so many” that many people were afraid that her study would be affected. Quang Le affirmed that he always prioritizes Phuong My Chi’s studies and arranges training and performances reasonably so as not to affect his daughter’s study time. After only a short time accompanying Quang Le, Phuong My Chi bought a house for her parents from saving money to sing and was supported by Quang Le’s adoptive father with more money to be able to repair a new and spacious place. than. Singer Quang Le always wants to create the best conditions for his daughter. Therefore, in addition to guiding Phuong My Chi to become more mature in music, he and his family oriented her to study at an international school in Ho Chi Minh City. Quang Le did not hesitate to reveal that according to the signed contract, the two parties will share revenue and profit according to products and advertising contracts, in addition, Phuong My Chi still has her own salary in each “sou” “The show that she participated in. According to the security , talking about money issues, Quang Le said, all things related to money let his manager work with Phuong My Chi’s mother in a very clear and fair way. Phuong My Chi doesn’t know anything about money. But my manager and Phuong My Chi’s family work very clearly. For example, when Chi goes to sing, except for travel expenses, hotel meals, etc., Chi’s mother’s remuneration is enough for her. That’s why Phuong My Chi has to pay for her own education from 10th grade to 12th grade. Her parents don’t work because of Chi’s income a lot.” – Quang Le shared. 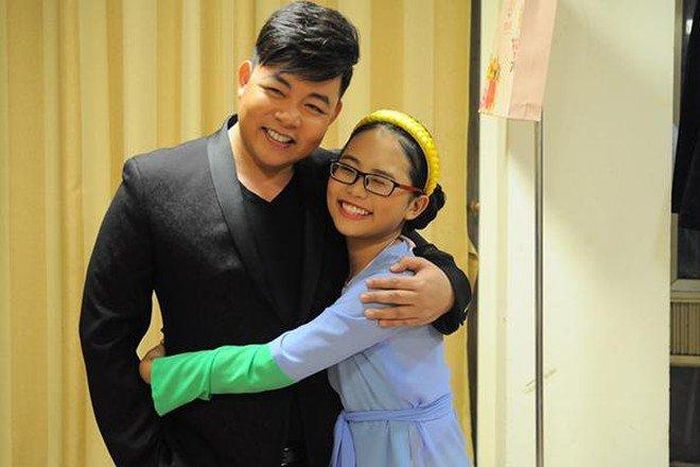 After 6 years of accompanying Quang Le’s company, at the end of 2019, Phuong My Chi officially said goodbye to the entertainment company of Quang Le’s adoptive father. At that time, Phuong My Chi confided that the relationship between her and her adoptive father Quang Le was very good, but the reason the two sides did not continue to be closely attached to each other at work because the signed contract had expired. and she also wants to actively develop her own career, step out of her comfort zone. As for Quang Le, referring to his adopted daughter, the male singer expressed that his relationship with Phuong My Chi is still very good now. The little girl still often calls to visit him, gives gifts, sometimes even cooks tea to bring to her adoptive father. It is known that Phuong My Chi’s current life is very stable, especially in terms of finances, she still sings and receives “numbers” and schedules are 100% managed by her parents and family. That makes him feel very happy and secure, especially when he knows that his adopted daughter is still very lovely, emotional, and knows how to take care of her family from her singing fee. Truc Chi (th)