Home Business Original Evergrande transferred 29.9% equity of Jiakai City to give up the... 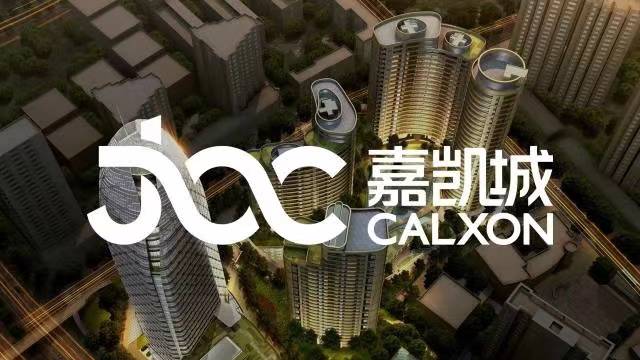 According to the announcement, Kailong Real Estate’s shareholding in Kakai City will be reduced to 27.85% after the transfer of the aforementioned equity, and will voluntarily waive the voting rights of the above shares. At this point, Kailong Land will no longer be the direct controlling shareholder of Kakai City.

Earlier, Jiakai City announced that the company intends to plan a change of control. Trading of the company’s shares will be temporarily suspended from the opening of the market on June 21. Trading will resume after the company discloses relevant announcements through designated media. At the time of the announcement, Jiakai City’s share price For 4.65 yuan / share, the total market value is about 8.389 billion yuan.

After Jiakai City was acquired by Evergrande Real Estate, it embarked on a road of transformation. Among them, “de-real estate” to cooperate with Evergrande Real Estate to solve the problem of “competition in the same industry” has become the primary task of Jiakai City for a long time. Since then, the sale of equity and asset packages has become the norm in Kakai City, with a total amount of over 11 billion yuan. However, the problem of horizontal competition between the two parties has not been resolved smoothly. In July 2019, Kakai City also announced that it would postpone the resolution of horizontal competition with Evergrande Real Estate before August 1, 2021.

The commitment period is approaching. As the direct controlling shareholder of Kakai City, Kailong Real Estate transferred some of its shares. An insider of Evergrande Real Estate told Sohu Finance that “the major shareholder transferred out the relevant shares to become a non-controlling shareholder. The signed agreement on resolving horizontal competition is beneficial and can solve the problem of horizontal competition among listed companies.”

According to the announcement, in this equity transfer, Kailong Real Estate intends to transfer its 57.7% equity in Kakai City and transfer 29.9% of it; after the transfer is completed, Kailong Real Estate’s shareholding in Kakai City will be reduced to 27.8%, no longer the direct controlling shareholder of Jiakai City, and will voluntarily waive the voting rights of the above shares.

According to the data combed by Zongheng Plus, starting from the end of December 2016, Evergrande has introduced 3 rounds of battles for Shenzhen Real Estate in less than a year. There are a total of 24 strategic investment companies with a total amount of 130 billion yuan, which is the largest financing scale in the real estate industry. Among them, there is Huajian Holdings, with an investment of 5 billion yuan.

According to the enterprise search app, Cuilin Real Estate is 100% owned by Shenzhen Judan Industrial Development, and after the equity penetration, it is wholly-owned by Cuilin Investment Holdings. The legal representative of Cuilin Investment is Wang Zhongxin.

At that time, some media questioned that Evergrande’s move was playing a left-handed-to-right-hand trick, saying that Evergrande’s mineral water, grain and oil business had been sold to “owners.” According to the Enterprise Check App, Wang Zhongxin is also the current legal person of Evergrande Agriculture and Animal Husbandry Group Yichang Co., Ltd.

Jiakaicheng said that matters related to this transaction still need to pass the review of the concentration of operators by the State Administration for Market Regulation. In view of the uncertainties in the matter, in order to ensure fair information disclosure and safeguard the interests of investors. Since the market opened on June 21, trading of the company’s stocks is expected to be suspended for no more than 5 trading days.

The timing of the transfer of part of the equity held by Jiakaicheng’s controlling shareholders is also more subtle.

But only seven years later, in 2016 Kakai City ushered in the second major asset reorganization. At that time, Evergrande Real Estate acquired a 52.78% stake in Jiakai City for 3.6 billion yuan, and thus became the controlling shareholder of Jiakai City.

At that time, Evergrande Real Estate stated in related announcements that by acquiring 52.78% of Jiakai City, it can enrich its own land reserve resources and further increase the proportion of projects in first- and second-tier cities. “The company will have a domestic capital market A-share listing platform. , And through the strategic integration of the two parties, it will further enhance the company’s continued profitability.”

At the time of the acquisition, there was a certain degree of horizontal competition in real estate business between Jiakai City and Evergrande Real Estate and its actual controllers. Therefore, in order to solve the problem of horizontal competition, in February 2017, Evergrande Real Estate The 52.78% shares in Jiakai City were transferred to Kailong Real Estate at a total price of RMB 6.53 per share and a total price of RMB 6.2 billion.

Through this transfer, Kailong Real Estate directly holds 52.78% of the shares of Jiakai City and is the direct controlling shareholder of Jiakai City; this is also an equity transfer between different entities controlled by the same actual controller, combined with the 2016 Evergrande Judging from the cost price of the 3.6 billion yuan of real estate in Jiakai City, Evergrande Real Estate made a profit of nearly 2.6 billion yuan from the transfer.

In addition to changing the direct controlling shareholder through equity equipping, Jiakai City after the acquisition has also embarked on a road of transformation. Among them, “de-real estate” to cooperate with Evergrande Real Estate to solve the problem of “competition in the same industry” has become the primary task of Jiakai City for a long time. Since then, the sale of equity and asset packages has become the norm in Kakai City.

Statistics from Sohu Finance found that during the four years from 016 to 2019, there were 15 subsidiaries with sold equity disclosed in the annual report of Jiakai City, and the above-mentioned sales transactions involved a total of approximately 11.011 billion yuan.

In October 2020, Jiakai City was also revealed that its residential and commercial assets were packaged for sale, involving about 10 billion yuan. However, Jiakai City did not respond to this news.

However, solving the problem of horizontal competition is not an easy task. In July 2019, Jiakai City announced an announcement that it would postpone two years to resolve horizontal competition with Evergrande Real Estate. According to the announcement, the overall stock asset size of Jiakai City has been reduced from 30 billion yuan in the initial acquisition of Evergrande Real Estate to about 13 billion yuan (as of the end of 2018), and the remaining stock is mainly commercial assets.

Jiakaicheng said that the reasons for not fulfilling the commitments were that real estate regulation and other factors led to the inability to clear its real estate sales in a timely manner, and that the second main industry cinema business was still in the cultivation stage. Therefore, Guangzhou Kailong and Xu Jiayin promised to resolve the issue of horizontal competition with Jiakai City in various ways permitted by laws and regulations at that time within 2 years from August 1, 2019.

In other words, before August 1 this year, the time limit agreed upon by both parties is approaching; in this way, there is only about one month left.

An insider of Evergrande Real Estate revealed to Sohu Finance that “the transfer of shares and the waiver of voting rights are mainly to solve the problem of competition among listed companies.” The insider also said that “share transfers are not for cashing out, and have nothing to do with the company’s capital problems.”

Since May of this year, there have been constant negative news surrounding Evergrande, and various rumors have been fermented around the sale of houses at discounts, Evergrande’s operating conditions, and capital chain. On June 7, Evergrande issued a statement to refute the rumors, saying that the company’s production and operation are all normal. In the 25 years since its establishment, there has been no case of late payment of loan interest or overdue return of principal.

Evergrande also stated that since March last year, the company has implemented a development strategy of “high growth, scale control, and debt reduction”, and its interest-bearing debt has dropped by nearly 300 billion yuan in a year; before the end of this month, the company’s Interest-bearing liabilities are expected to fall from last year’s highest of 874.3 billion yuan to less than 600 billion yuan, and at least one of the three red lines will turn green.

Revenue in the first quarter increased by 130%, and the stock price reached 9.14 yuan during the year

In fact, when the issue of horizontal competition between Jiakai City and Evergrande will be resolved, it has always been an issue of concern to investors. Prior to this, Jiakai City had repeatedly expressed to investors on platforms such as Hudongyi that the company is continuing to promote the resolution of related problems, and will accelerate the strategic positioning of its main business to continuously improve its future sustainable development capabilities.

Behind the concerns, there are more concerns about Kakai City’s performance and the company’s development. From the perspective of financial data, the performance of Jiakai City since 2016 is not optimistic. From 2016 to 2020, Jiakai City’s revenue fell from 3 billion yuan to 1 billion yuan; the net profit attributable to the parent company turned from profit to loss, and the year-on-year decline in 2020 was 1202.64%.

According to the annual report data, in 2019, 99 cinema companies under Kakai City opened newly opened cinemas, and a total of 117 cinemas have been opened. In the same year, about 14.44 million people watched movies in cinemas, and the box office accounted for about 0.78% of the national market.

Jiakaicheng believes that the company’s film and television projection business has gradually returned to normal in the first quarter of 2021; in addition, the company’s interest-bearing liabilities have decreased compared with the same period last year, and financial expenses have decreased.

Also on January 8th, Jiakai City also announced that director Li Huaibin had been recommended by more than half of the directors and became the acting chairman of Jiakai City. Li Huaibin is currently the vice president of Evergrande Real Estate Group. From January 11 to January 20 after the announcement, in these 8 trading days, Jiakai City received a total of 5 daily limit, and the stock price rose from 3.29 yuan to 5.29 yuan, an increase of about 60.79%.

As of the trading day before the suspension on June 21, Jiakai City reported 6.45 yuan per share. In the past five months, the share has fallen 29%, and the total market value has shrunk by more than 8 billion yuan.

Economic recovery Is Germany’s upswing lagging behind? The corona numbers are...