Home Business OriginalFilm and television companies recovered in the first quarter, and the film... 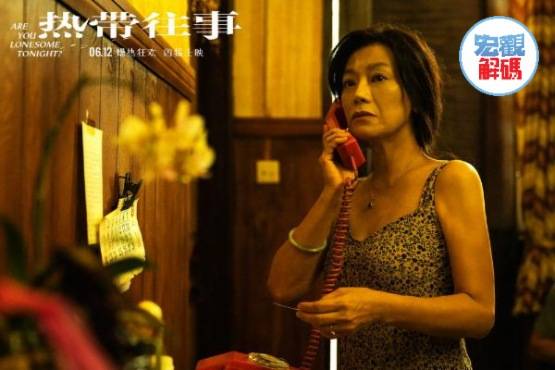 “The 27th Shanghai TV Festival”, “The 4th China Film and Television Capital Summit”, “Dragon Boat Festival” and many other film and television industry events followed one after another.

On weekends and Dragon Boat Festival, the three-day holiday has passed, and the box office data for the most important holiday schedules in the film and television industry has been released.

According to the data of Maoyan Professional Edition, as of 12:00 on June 15th, the total box office of the Dragon Boat Festival is 466 million yuan.

As for the reason for the poor box office this year, some people say that the quality and subject matter of the film, while others say that the attendance rate is not as good as before.

This year’s Dragon Boat Festival’s higher box office movies include “Beyond”, “Bed Rabbit 2: Escape Plan,” and “Tropical Once Upon a Time”, which are ranked in the top three on the schedule.

The shortage of imported films is also one of the reasons for the low box office. Industrial Securities pointed out that due to the still short supply of imported films, the box office from January to May of 2021 was 25.5 billion yuan, down 6% from the same period in 2019.

In the medium and long term, as the proportion of overseas vaccines continues to increase, the supply of high-quality imported tablets is expected to gradually recover.

Of course, in the post-epidemic era, attendance is also a major factor affecting movie box office.

Although the China Film Distribution and Projection Association has increased its theater attendance to 75% since September 25, 2020.

However, due to multiple factors such as people’s fear of the epidemic, it is still difficult to fully recover the attendance rate. According to a warning from Cineworld, the world’s second largest theater operator, theater attendance will not return to the level before the new crown epidemic until 2024.

Although the Dragon Boat Festival schedule is lacking in terms of film and attendance, industry companies have increased their publicity efforts in 2021 and are preparing to regain lost ground.

For example, Huayi Brothers increased its film promotion in the first quarter of 2021, resulting in an increase in sales expenses of 185.98% compared with the same period of the previous year, and the sales expense ratio returned to the level of early 2017.

Wanda Movies has also increased its publicity efforts. In the first quarter of 2021, the company’s sales expenses were 388 million yuan, a year-on-year increase of 229.94%.

After the Dragon Boat Festival holiday, there are only eleven golden films left in 2021, and the film industry faces severe challenges in returning blood.

In the first quarter, most of the companies in the industry returned to their blood and still face emotional challenges in watching movies

Judging from the performance of the first quarter of 2021, industry companies have achieved greater growth in both revenue and net profit attributable to the parent.

Wind data shows that there are 28 A-share film and television concept stocks, of which 25 have achieved year-on-year growth in revenue in the first quarter of 2021, and all have doubled.

Most companies in the industry have achieved exponential growth. On the one hand, this is due to the recovery of this year’s performance, and on the other hand, it is also due to the low performance base caused by the 2020 epidemic.

While the industry leaders are regaining lost ground, there are also some individual companies that have achieved negative year-on-year revenue growth. They are Meisheng Culture, New Culture and Tangde Film and Television, respectively, about -20%, -48%, and -83%.

Tang De Film and Television, which is engaged in TV dramas, film investment, production and other businesses, has been seriously injured since 2018. Affected by the public opinion events of the heroine, the leading TV drama “Ba Qing Chuan” that it invested and produced failed to be broadcast on time, which caused a serious impact on the company’s performance. Negative Effects.

In addition, since 2018, due to the tightening of regulatory policies, the new crown epidemic and other factors, the overall prosperity of the film and television industry has declined, and the sales progress of Tangde Film and Television’s film and television drama projects has been lower than expected.

In terms of net profit, in the first quarter of 2021, most of the industry companies achieved a return to blood, and only contemporary style and sports lost about 150 million yuan, which is a large amount of loss.

Compared with the “end of the epidemic” in the first quarter of 2020, most of the industry companies’ net profits attributable to their mothers have achieved significant results. Among them, the net profit attributable to the parent company of Guangguang Media has increased by 5.73 times year-on-year, and the net profit of Huayi Brothers has also increased by 2.63 times. , Fengyuzhu, Hengdian Film and Television and other companies have more than doubled the growth rate.

Once a certain industry has collective rights protection and protest, the expression of rights or interests (IP) is violated, and it also indicates that the industry has entered a development bottleneck period.

For the profit-seeking nature of capital, it is a bit too one-sided to simply say that a certain industry was abandoned by capital due to the downturn.

Wang Zhonglei has a more profound experience as an industry insider. Since 2020, affected by the epidemic, the film and television industry has entered the darkest moment. Whether it is film or TV series production, the valuation is lower than that of A-shares. 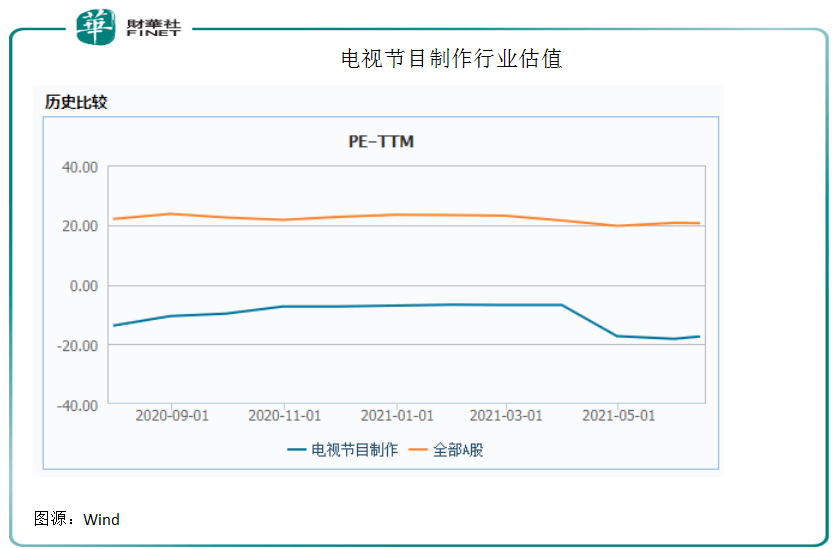 Specific to industry companies, for example, Huayi Brothers has a net profit loss of 1.048 billion yuan attributable to its parent in 2020, corresponding to a PE of -9.47.

Looking at the company’s valuation, it was revealed in 2018 that the “black swan” fluctuated downwards in the film and television industry, and remained at a low level under the epidemic.

Is the film and television industry really abandoned by capital?

No. The film and television industry is going out of the darkest moment and experiencing Nirvana rebirth. First of all, film and television, as a major cultural and entertainment category of the Chinese people, has huge room for development, and the market scale is gradually strengthening. 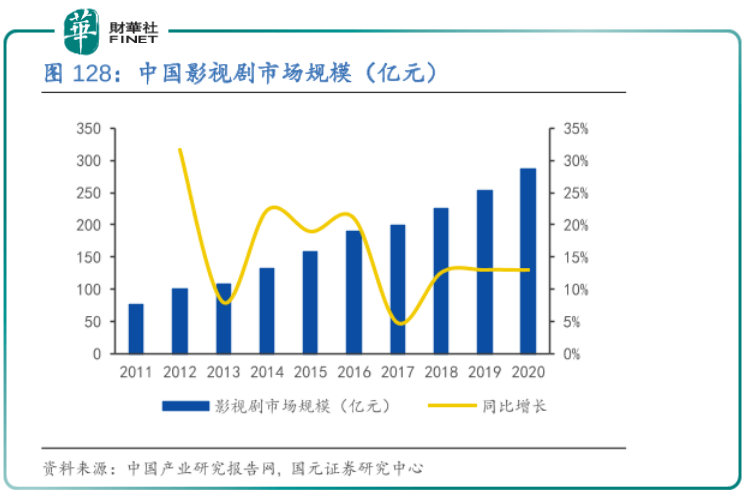 Secondly, from a policy perspective, under the epidemic, the Ministry of Finance, the State Administration of Taxation, and the National Film Administration jointly issued an announcement to provide tax support policies for the film industry and temporarily exempt the collection of special film funds.

At the local level, Beijing, Jiangsu, Zhejiang, Guangdong and other places have successively introduced supporting policies to increase cinema subsidies to ensure the normal operation and healthy development of the film market.

It is precisely because of effective guarantees that in the first quarter of 2021, companies in the film and television industry will gradually recover, and the secondary market will begin to pick up.

On the contrary, the share price of the leading Wanda Films has fallen by 13%, Chinese films have also fallen by about 4%, and Huayi Brothers has fallen even more, by about 15%.

In the future, with the boom of the film and television industry, if the content-driven Huayi Brothers can retrieve the core password of the content, it will be sooner or later that the valuation will return.

For example, Huayi Brothers is one of the producers of the No. 1 box office movie “Beyond” in the Dragon Boat Festival this year. In addition, the company also participated in the investment in “Hello, Li Huanying” and “Mermaid 2” directed by Stephen Chow, both of which are excellent movies in recent years. works.

The box office of “Hello, Li Huanying” has exceeded 5 billion yuan, and Stephen Chow’s “Mermaid 2” is also a blockbuster that has attracted the attention of the audience.

With the return of the box office, it will be sooner or later for the film and television industry to regain the favor of capital.

Original Evergrande transferred 29.9% equity of Jiakai City to give up...