Home Business OriginalQuick joining VS quick overdraft, can the future of the eight horse... 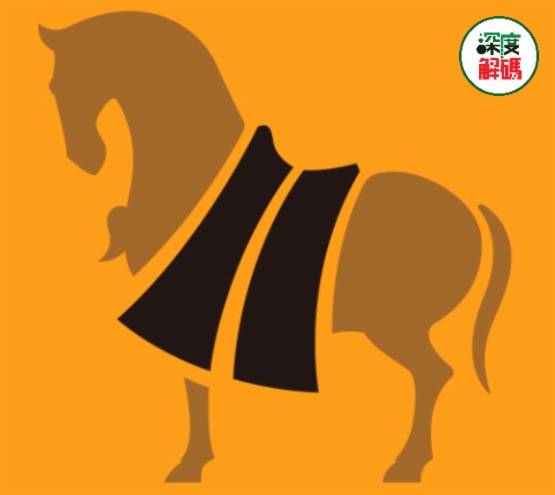 If the definition of whether a product has brand attributes is the first thing that comes to mind when buying the product, and it is something that is convenient to buy.

Then the brand attributes of Ba Ma tea industry are not strong, because the first thing you think of may be West Lake Longjing, Biluochun, Huangshan Maofeng, Tieguanyin, Yunnan Pu’er, instead of the Ba Ma tea that can be purchased from the above-mentioned well-known tea products. .

But to say that Ba Ma tea has no brand attributes at all, that would be untrue.

In 2008, Bama Tea launched the traditional fragrant Tieguanyin-Pearl Buck, based on this, and then began to promote the franchise model.

Regarding Pearl S. Buck, according to the introduction of Bama, it needs to go through more than 20 processes, layer by layer, and each step adheres to the traditional tea-making process, and finally forms the fragrance of dry tea fried rice, smells the fruity sweet fragrance of tea soup, and tastes the flavor of orchids. Unique style.

The category of Tieguanyin to which it belongs is originally produced in Xiping Town, Anxi County, Quanzhou, Fujian Province, and is a national geographical indication product. The reason is that Anxi County has a subtropical monsoon climate, with a mild climate, abundant rainfall, deep soil, fertile soil, good water retention, high organic matter content, and rich mineral elements.

So it is this layer of reason that makes the eight horse management Wang Wenbin brothers choose to start their entrepreneurial journey here when they started their business.

And in the author’s “The stock price has been cut down this year, Yihai International is not popular? “In the article, it was mentioned that “the hot pot base material category, due to its own taste attributes, that is, the full recognition of spicy, hemp, and fragrant, has helped consumers form long-term memories of the product.”

Putting it here on Pearl Buck, it is that its strong-flavored properties have helped Bama form a long-term memory of consumers relative to the rest of Tieguanyin’s delicate and scented types. However, due to the existence of tea products in other places, Bama opened up The road to its transformation.

In 2015, Bama launched a full-category tea strategy in order to adapt to market demand and consumer preferences.

From (Anxi) Tieguanyin, Xiangyan tea (also a kind of oolong tea), Pu’er tea (an important variety of black tea), Jinjunmei and Zhengshanxiaozhong (a kind of black tea), Longjing and Anji white tea (green tea) The expansion of Fuding white tea and Zijin Bailan (a kind of white tea) has formed a business model with retail attributes greater than brand attributes.

So under this business model, how to judge the investment value of BaMa? 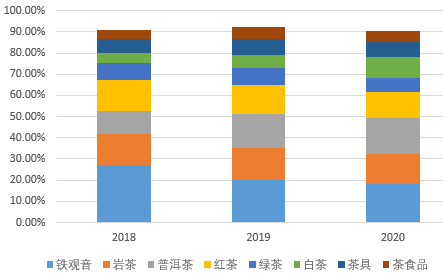 Associated stores, that is, stores opened by eight horses in the form of special counters through department stores or large supermarkets, use the traffic of supermarkets and supermarkets to acquire customers, and the supermarkets provide venues to obtain income in a way of sharing.

Taking Rainbow Shopping Mall as an example, the two parties conduct monthly settlements. After Rainbow draws the share and other contractual expenses from the BaMa business funds, the remaining business funds are settled to BaMa Tea.

If the affiliated stores only include Rainbow’s 46 counters and China Resources Vanguard’s 44 counters, then the number of independent stores operated by Bama is 276.

Based on this model, it can be inferred that the accounts receivable that are not low or high are mainly derived from direct online channels. Therefore, it can be further speculated that this channel will not become a strategic offensive direction for BAMA.

The question that needs to be considered here is whether the future consumer habits in the field of tea products will go from offline to online, with online as the focus? If so, can YAMA find an online dealer who acts as a middleman for itself like Marumi does?

Or we can think in reverse, is it because the scale of online product consumption makes it difficult for online distributors to survive, so we haven’t seen BaMa use such a model?

After talking about the model, let’s take a look at the competition faced by the eight horses.

According to the situation of eight horses’ fixed assets, there is no industry threshold for this refining process.

Take 2020 as an example, the total fixed assets are 160 million yuan, of which houses and buildings account for 82.79%, machinery and other electronic equipment account for only 6.96% and 7.67%, and the book value is 11.13 million yuan and 1228 respectively. Ten thousand yuan.

Since the production of tea in Eight Horses does not require too much investment in machinery assets, it is obvious that it is impossible to restrict companies that have the same experience as Eight Horses and are based on tea products in various regions to go out of the Eight Horses model.

Looking at sales again, it can be seen that the unit price of Ba Ma tea is basically in a state of constant price increase, but this does not have a positive impact on its gross profit margin.

From the longitudinal comparison of gross profit margin, it seems that there is a vague result, that is, with Anxi County as the center of the circle, the further the radius of the regional tea, the lower its gross profit margin.

Does this mean that Ba Ma lacks cost/pricing advantages in green tea, black tea, black tea and other categories? It may come from the production process, the scale of procurement, or the pricing power.

Combining the performance of the production side and the sales side, it can be judged that Bama’s top three tea markets in China, namely green tea, black tea, and black tea, lack the ability to resist competitors.

According to the actual situation, from 2018 to 2020, eight horses’ net profit margins have increased to 6.69%, 8.9%, and 9.31% respectively. The reason for this is that the increasing proportion of franchise accounts for rent and hydropower in sales expenses. The ratio of decline.

However, the gross profit margin of the franchise model is much lower than that of the direct sales model.

In other words, the stage of success achieved by the Eight Horses model will result in a decline in the overall gross profit margin due to the continuous expansion of franchisees. The rate of gross profit rate declines faster than the rate of cost (i.e. rent, water and electricity) declines resulting in net profit margins. It terminates at an inflection point.

Due to the lack of long-term competitiveness, it can be expected that the market will not give Bama an excessively high valuation. However, due to the existence of ipo fundraising projects and the continued expansion of franchisees, as the price paid by the market moves downward, the short and medium-term There may be local market opportunities, but they are limited to this.

Retail continuous dispute over the closing time 25 years ago the...