Home Travel ‘Paradise of lotus species’ in the Capital

Hanoi has a ‘paradise of lotus species’ with nearly 170 species confidently blooming under the harsh summer sun, creating a beautiful and poetic scene, making people’s hearts flutter… We invite you to take a tour. lotus pond with a reporter from Vietnam & World Newspaper. 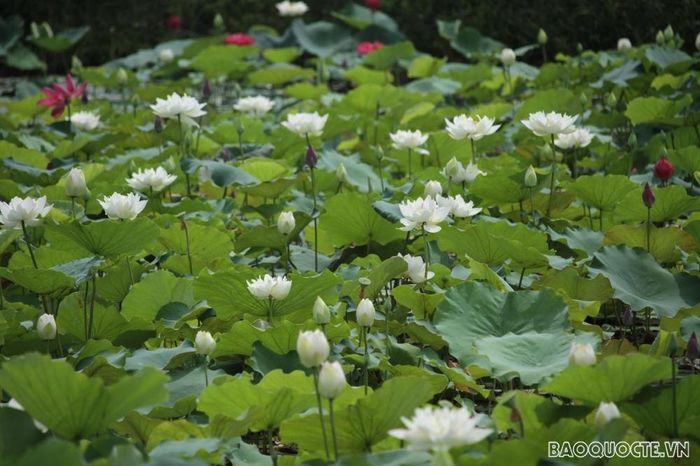 This lotus lagoon is located about 14 km from the center of Hanoi. Coming here, visitors will be surprised to see hundreds of types of lotus flowers and water lilies blooming… 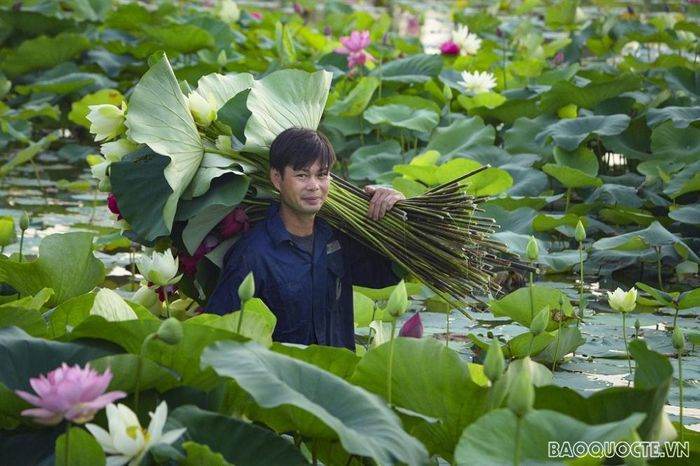 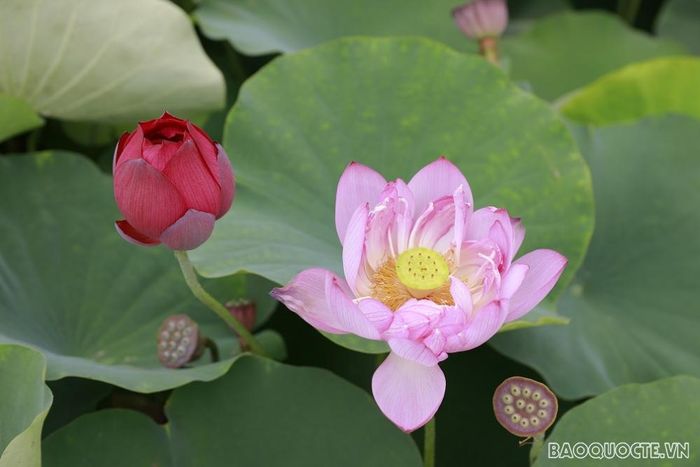 Center under the Vietnam Academy of Agriculture. The center was established for the purpose of researching, conserving, breeding, and developing lotus varieties in Vietnam and around the world, and developing the Vietnamese lotus brand. (Photo: Trung Hieu) 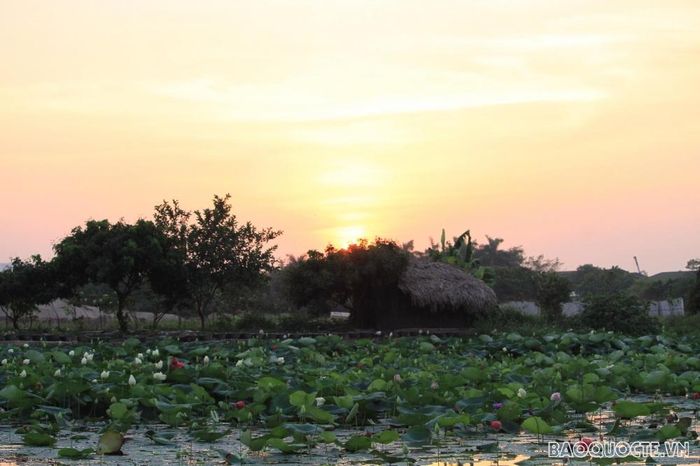 The lotus pond is about 7.7 hectares wide, which is the place where the most lotus species are grown in Vietnam today, said Hiep, who has many years of lotus research. 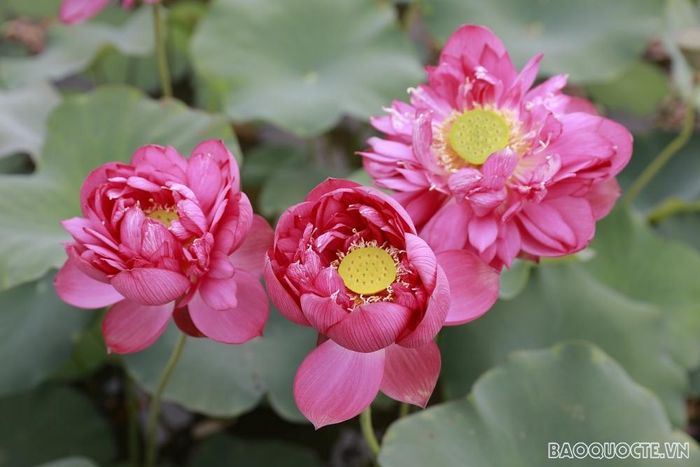 Here, we are researching and breeding new varieties of lotus that have many advantages such as keeping the fragrance longer, having a variety of rich colors, and being able to grow in harsh weather conditions in the North. (Photo: Trung Hieu) 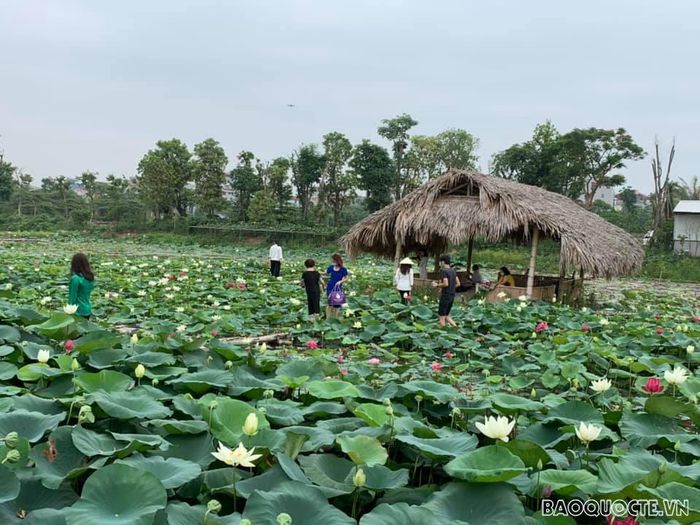 This is also a place for everyone, from the people to the students of the Agricultural Academy, to visit and learn about different types of lotus… (Photo: Trung Hieu) 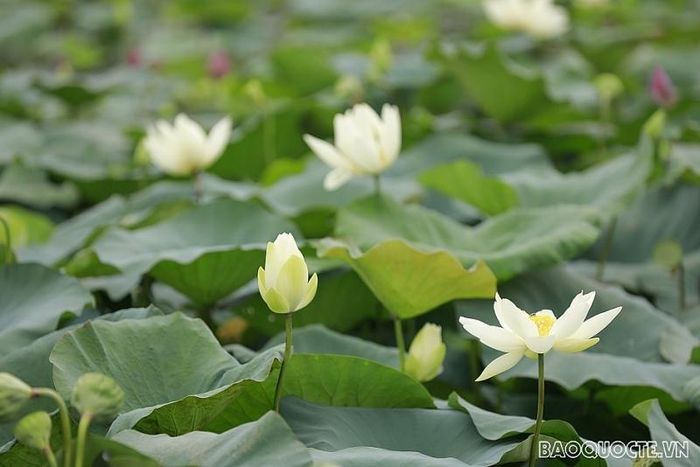 La Tien Hiep said, the Center was established in June 2019. After 2 years of development, the Center currently has 167 species of lotus. (Photo: Trung Hieu) 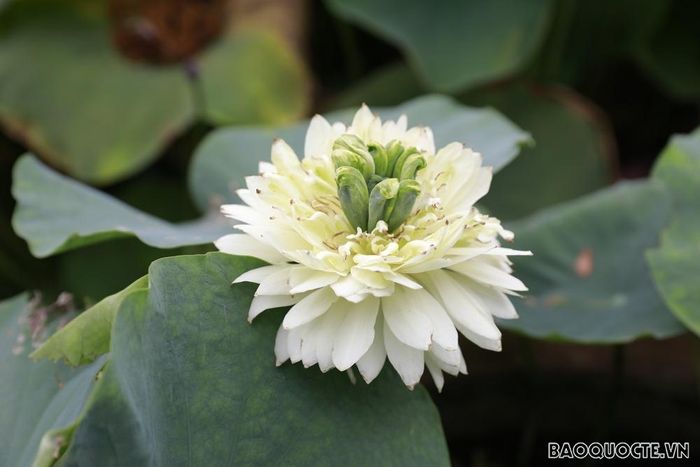 Here are planting and conserving precious lotus species of Vietnam and the world, from famous lotus varieties of localities in the country such as Hue, Dong Thap, Cu Chi… to lotus species from China and some countries. Asia, Australia… (Photo: Trung Hieu) 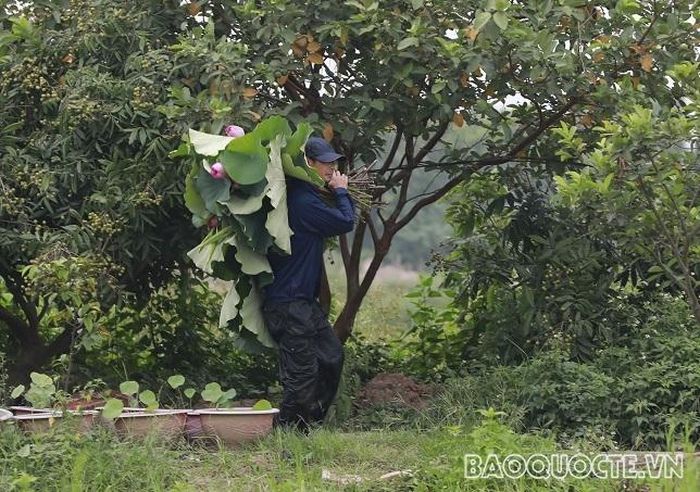 The center provides to the market 8 species of lotus such as blood lotus, white lotus, white rose bordered … with thousands of flowers sold every day to serve the needs of people to play flowers, arrange flowers, enjoy lotus tea of ​​people. People in the capital – Mr. Hiep said. (Photo: Trung Hieu) 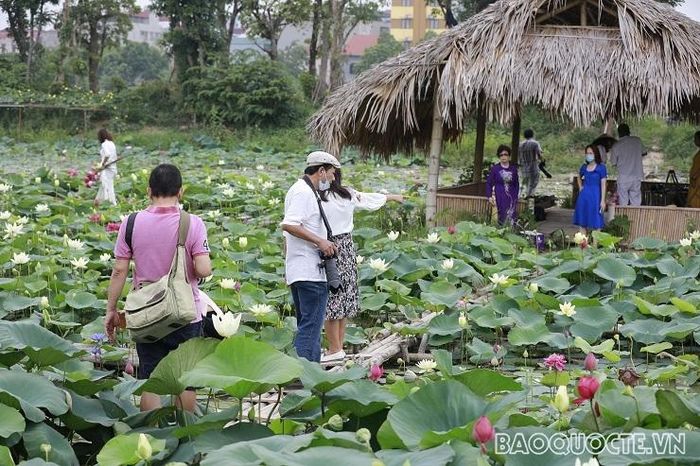 The lotus pond is open to visitors to visit and learn about lotus. Many people in the capital come here to see and take pictures at the lotus pond at the weekend. However, at this time, visitors must ensure the 5K request from the Ministry of Health to be allowed to visit and take photos. (Photo: Trung Hieu) 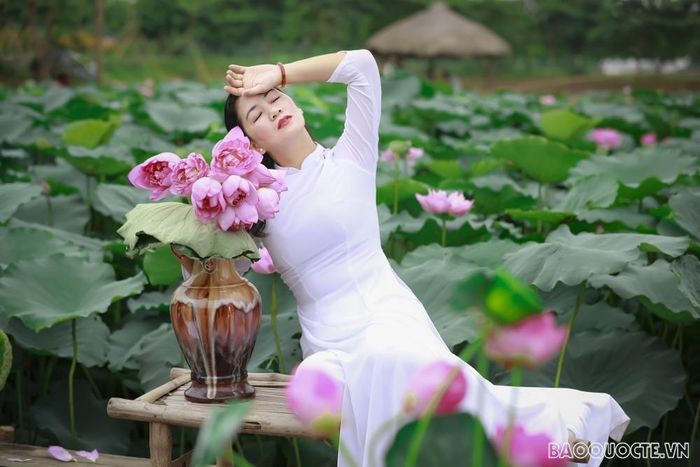 Because the lotus dress is wide and airy, ensuring a good distance, women can comfortably relax and pose on the lotus side. (Photo: Trung Hieu)

Hanoi in the early summer days of June is hot, but when coming here, dropping into the vast space of lotus ponds will make visitors excited. (Photo: Trung Hieu) 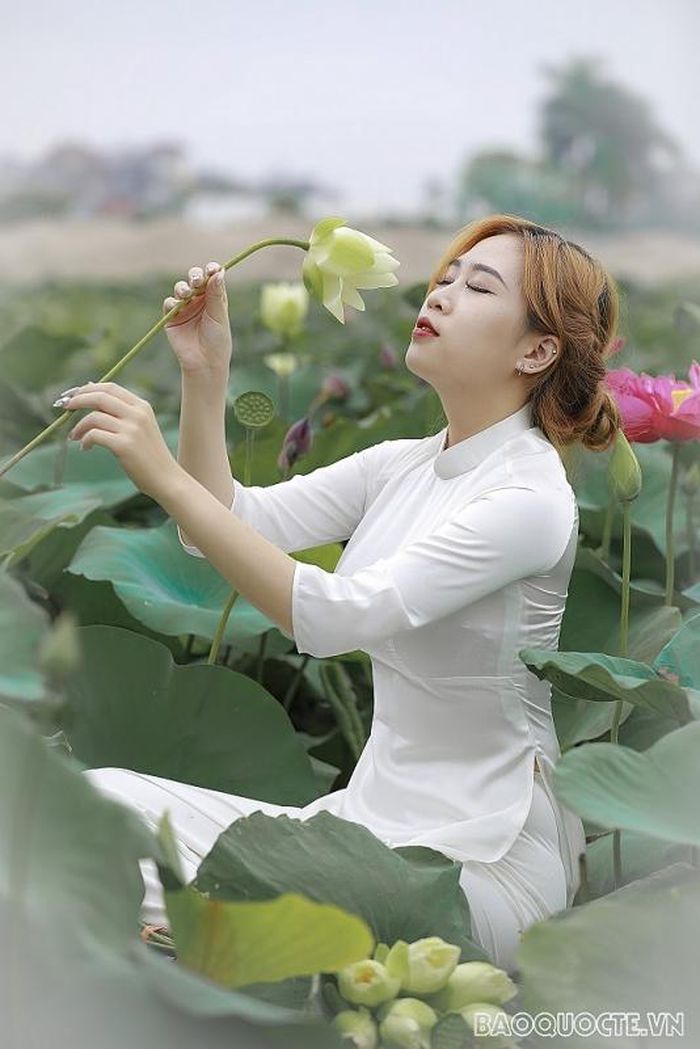 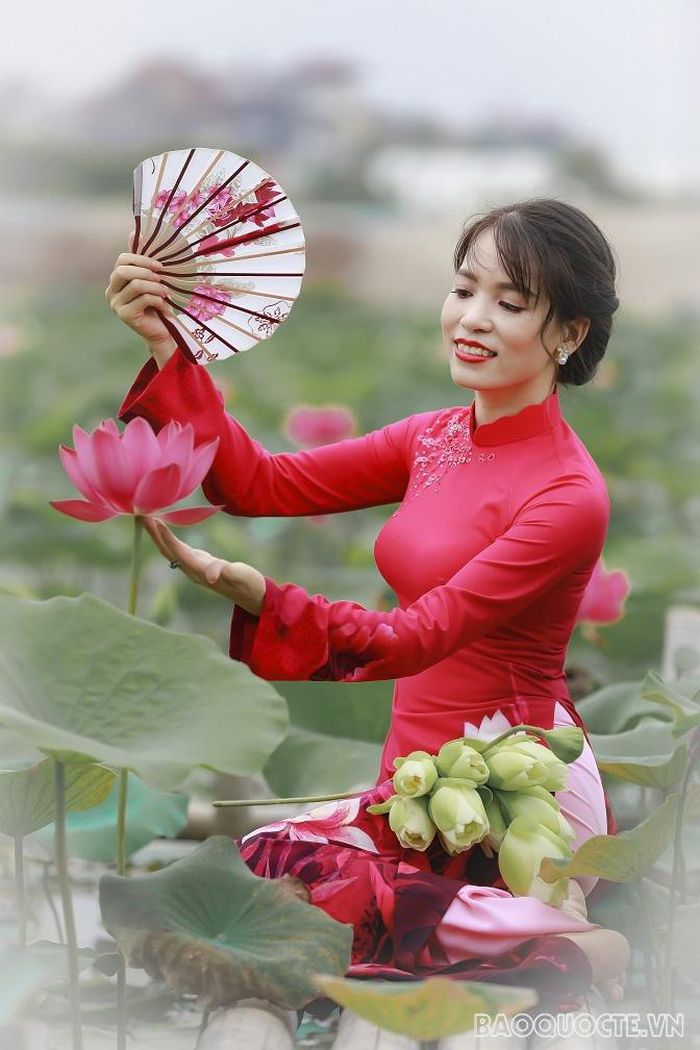 ‘My first visit to a cocktail bar in HCMC’

Trang Minh - May 17, 2021 0
Bar and pub culture has begun to develop in Vietnam in recent years. However, many young people still feel strange and hesitant when entering...