During the space flight in 1980, General Pham Tuan brought mulberry flowers with him. When he returned, he was unfairly accused that ‘Mr. Tuan brought duckweed to space because his hometown in Thai Binh was originally an area with a lot of duckweed’.
It feels like going to a beauty contest

On July 23, 1980, Famous pilot Pham Tuan together with Soviet cosmonaut Viktor Vassilyevich Gorbatko made a space flight on the spacecraft Union 37. He became the first Vietnamese and Asian to fly into space. 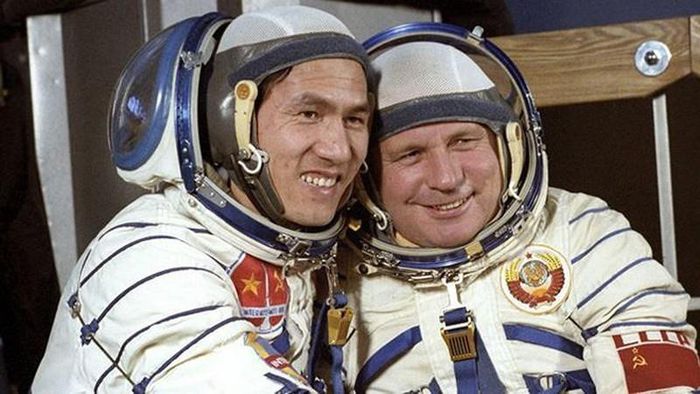 General Pham Tuan and his companions during the historic space flight. Remember the past, General Pham Tuan said that on that day, to serve the flight into space, Vietnamese pilots were involved a lot, selected for 6-7 months. The selected person must meet the health criteria, understanding and awareness of the universe, in accordance with the program’s standards. After many rounds, there were 4 people in the Soviet Union, including General Pham Tuan. After nearly a month of recruitment examination at Moscow Central Military Hospital, the National Scientific Council called 4 people to announce, at that time everyone was nervous. “I was called in first and it felt like a beauty pageant. Unexpectedly, as soon as the leader of the delegation, all members of the Council shook hands and congratulated him. Then he trained at the space center for about 16 months. On July 21, 1980, Viktor Vassilyevich Gorbatko was named to fly together. Thus, he only knew that he was the main pilot 3 days before the flight time. General Pham Tuan said, about 2 hours before the flight, he had an insecure thought that he had an accident, but the probability was not great. The fleeting thought didn’t faze him, as the training had put a lot of faith in the crew. Bringing injustice for bringing mulberry flowers into space At exactly 1:33 on July 23, 1980 (Hanoi time) at Baikonur Cosmodrome (USSR) the Union 37 spacecraft piloted by Gorbatko and Pham Tuan launched into space. When the Vietnamese national flag was raised, we were officially named in the international space travel map. 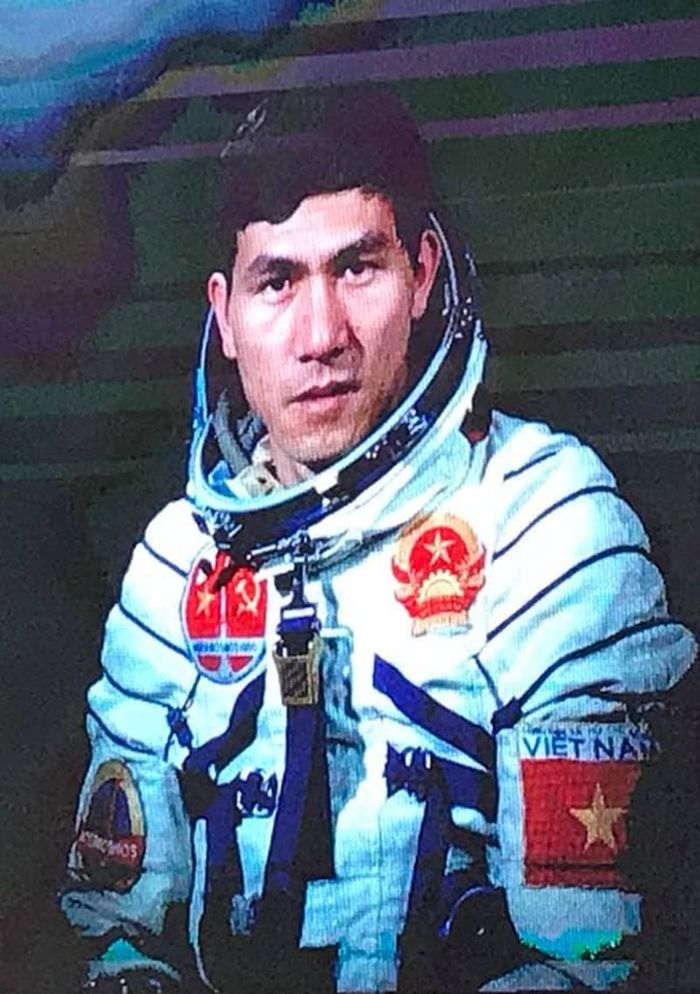 General Pham Tuan’s image in the historic flight He said, the ship made 142 orbits around the earth, conducted more than 30 aeronautical remote sensing experiments, dissolved mineral samples and plant experiments on mulberry flowers. He recalls: “The first time I saw the rotating earth hovering in the middle of a deep blue space, in zero gravity, it felt very special. The second interesting thing is that day and night only lasts for 90 minutes, of which 60 minutes is daytime, 30 minutes is night. “The plane flew over all the countries, looking through the window I saw the twinkling stars, much bigger and brighter because of the clean space, and then the sun and the moon. I’ve been trying to find my dear S-shaped strip of land to look at. Before that, I also flew a lot of planes, but to fly that high, maybe only once in my life, feeling too proud,” he added. He also said that during the flight, there was a problem, that is, when flying up to prepare for assembly, it should have turned 180 degrees to increase the speed to approach the mother ship, but when it turned 90 degrees, Rotary system failure. I couldn’t check forever so I had to turn off the machine and wait after nearly 90 minutes. The Bulgarian – Soviet flight crew also had a problem and failed to assemble, they had to return to Earth and could not continue their journey, so the crew was quite worried. But in the end it all worked out. General Pham Tuan said, after returning to earth, there were many rumors surrounding him and this flight, especially the story that he was carrying mulberry flowers. Many people have said, “Mr. Pham Tuan was born in the poor low-lying countryside of Thai Binh, specializing in raising ducks to feed pigs. Going to space did not bring anything good, but he brought duckweed. Now duckweed. I don’t know if it’s good or bad.” 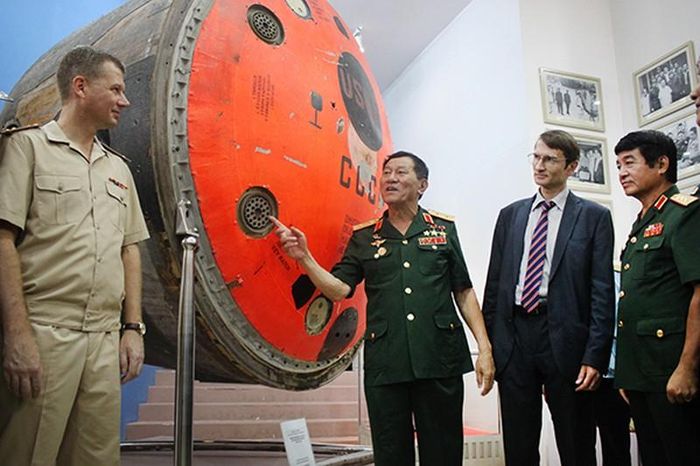 General Pham Tuan in a meeting with international friends. General Pham Tuan explained: The matter of bringing duckweed must be decided by a team of scientists, not about carrying whatever you like. Strawberry water lily is easy to proliferate, absorb carbon dioxide, and produce oxygen. There are a lot of radioactive rays in the universe, whether it has an effect on humans, on organisms that cause genetic mutations, and bringing the water lily up is for this research purpose.” General Pham Tuan affirmed that all these scandals did not affect his life much in the end, but even made him more determined and more effortful in his work. Please read and watch the video: Temporarily suspending the work of the Chairman of the commune for being negligent in fighting the epidemic in Bac Giang. Source: THTPCT.

Is it easy to ‘escape’ when swimming with a shark?

BẢO QUỲNH - April 19, 2021 0
Although it may seem impossible to stay calm against a shark, it is not so if you know a little about this fish to...