Russia has for many years conducted research and development on the application of nuclear energy for long-distance space travel.
On May 22, 2021, Aleksandr Bloshenko, director of advanced science projects of Roscosmos, announced the launch of a spacecraft equipped with a nuclear reactor (with the name of the energy and transport module – The first TEM) was scheduled for 2030. A week before that announcement, a leak from the Keldysh center, a research agency affiliated with Roscosmos, said nuclear-powered spacecraft could have Can be used for both military and civilian purposes.

These word-of-mouth statements are almost consistent with information from the US Senate hearing on a request to fund NASA with a figure of $ 585 million to invest in nuclear-powered propulsion technology in the fiscal year 2022. and other American efforts in this area. This means that Russia’s space nuclear energy program is not only for technical purposes, but also for geopolitical purposes. 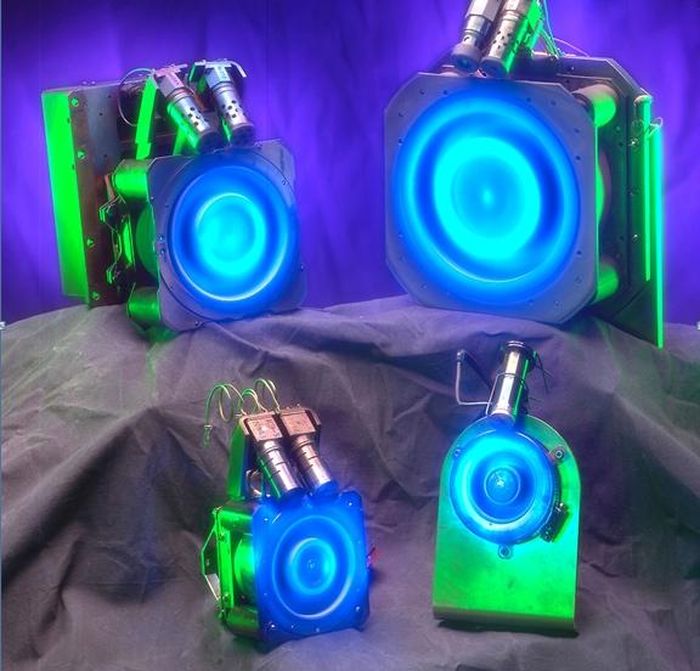 Russia’s current program has its roots in the Soviet era. The Soviet Union launched a total of 33 military satellites with the function of spying and targeting targets equipped with nuclear reactors into low orbit around the Earth from 1969 to 1988. Most of these satellites used reactors. Buk type nuclear power generation reactor, only 2 of them using advanced thermal electron furnace NPP Topaz with generating capacity from 4.5 to 5.5 kW, however, this project was suspended in 1986 . In the early 1990s, a Russian-American cooperation project aimed at continuing the development of the Topaz furnace, but this project was suspended in 1995. In the period 2000-2007, Russia also tried to find ways to cooperate with China. Nation in this field. Despite the economic decline for a long time, Moscow has been trying to continue its independent efforts in the field of the use of nuclear energy in space since 1998, and during the time of President Dmitry Medvedev in power, the This effort has been identified as a key priority for the Kremlin. The budget for this program of Russia for the period 2010-2018 is 17 billion rubles, divided between Roscosmos 9.8 billion rubles and Rosatom 7.2 billion rubles, equivalent to $560 million in 2010 exchange rates. However, the actual disbursement figure is much smaller. In 2010, only 500 million rubles ($16.5 million) were allocated for this purpose. Over the next decade, total disbursements reached nearly 10 billion rubles ($213 million), according to public information from Roscosmos and Rosatom. The results of these efforts have not been as successful as they initially suggested. For example, the technical requirements of the proposed product are an outer space nuclear reactor with a capacity of 1 MW of electricity and an ion thruster with a capacity of 50 kW. However, the reality shows that Russia is currently only developing nuclear power generation systems YaEU-25M, YaEU-25 and YaEU-50 with a generating capacity of 10-40 kW and propulsion using ionic force. 25 kW. At present, perhaps Russia is just stopping at the computational model run for more powerful reactors and engines. For comparison, NASA is still trying to design a 10 kW outer space nuclear reactor with a Stirling engine for the purpose of increasing efficiency, currently Russia is still revolving around the thermal electron model, and the problem of using Using engines or turbines in combination with reactors is still only a theory. It is hard to believe that Russia will design a nuclear reactor in space with a generating capacity of 1 MW or ion propulsion engines with a larger capacity in the near future. Anyway, Moscow is still trying to turn the results achieved into advanced applications in long-distance space travel or foreign politics. Due to a decline in space research activities in other sub-sectors, coupled with economic weakness, these problems have prompted the Kremlin to look for another trump card. While the development of nuclear reactors for space exploration is far from complete, the Russian government as well as industry is currently looking for the application of nuclear reactors to satellites. military. These satellites can be used for radar reconnaissance or electronic warfare (for example jamming) when they are deployed in low, mid or geostationary orbits. However, no tests of such satellites have yet been conducted, meaning Moscow is not ready to field such satellites in the near future. In addition, the promotion of nuclear-powered spacecraft could be used by Russian space and nuclear industry units as a tool to apply for funding, to promote a slow and risky research program. this. For its part, the Kremlin is still trying to blur its true purpose. They came up with the “Strategy for the development of nuclear energy in space by 2030 in 2019, and issued relevant policies for the first time in 1998. Even if Russian military satellites are used by Russian military satellites. Nuclear power appeared in 2030, it also did not bring about significant changes in the technical and military fields. However, Moscow is still trying to polish it as a tool to help shift political supremacy. First, Russia has consistently supported the ban on placing weapons in outer space. Second, Russia will not be able to stand in the forefront of space technology without cooperating with other countries in the field, so Russian leaders see nuclear technology in space as a way to develop. cooperation, even in times of growing hostility in the West. The Russian SPT-100 series Ion Thruster has been used on satellites since 1994.