At the present time, people often think about the past with some nostalgia. Therefore, the architectural heritages from the past are cherished by the Saigon people as if they want to cling to the beautiful value of a time because maybe later, those works will be just a thing of the past.
Let’s take a look at the ancient architecture of Saigon to find a bygone era.

Villa Nguyen Van Hao Saigon is often known as a crossroads of many cultures, the promised land of many people. From the exiled wanderers, the outcasts, to the people from all over the world looking for a place to live, Saigon has always opened its arms to support. Among them, there are many people who have made a name and left many imprints on the prosperity of this land. Merchant Nguyen Van Hao (1890-1971) is one such case. Through many ups and downs, the memory of a man from a poor background, working in Saigon doing business, selling auto parts and having a brilliant business has long since passed, but his legacy still remains. there. Building with four facades at Tran Hung Dao – Ky Con – Yersin – Le Thi Hong Gam streets, the symbol of his family’s golden age. 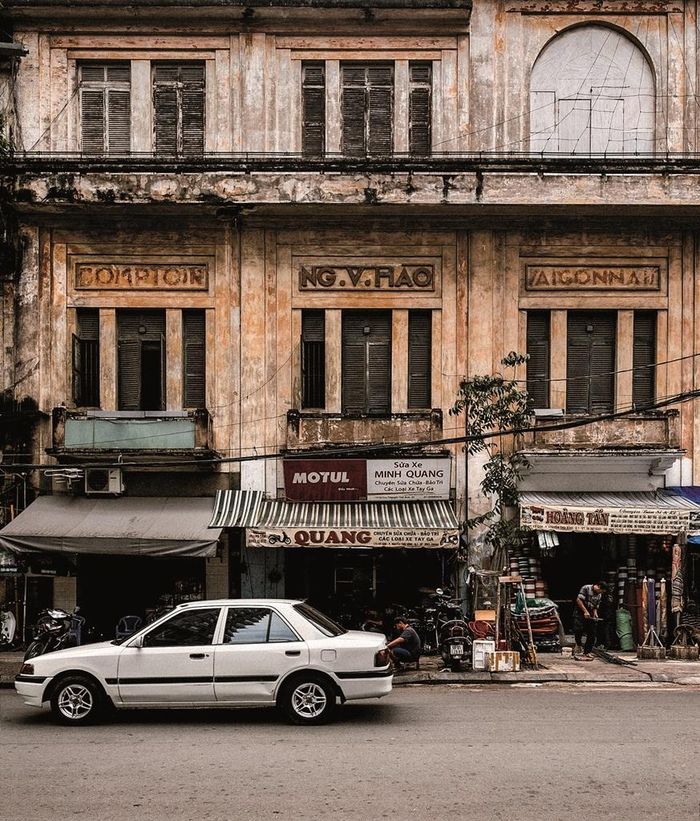 Started in 1933 and completed in 1937, the villa is located on approximately 800 square meters of land and is designed in the popular Art Deco style of the time. Different from the sophisticated, ornate construction of colonial buildings, the outstanding three-storey building reflects the spirit of the time (zeitgeist): the 1930s was the heyday of modern, elegant architecture. elegant, luxurious and highly effective in use. 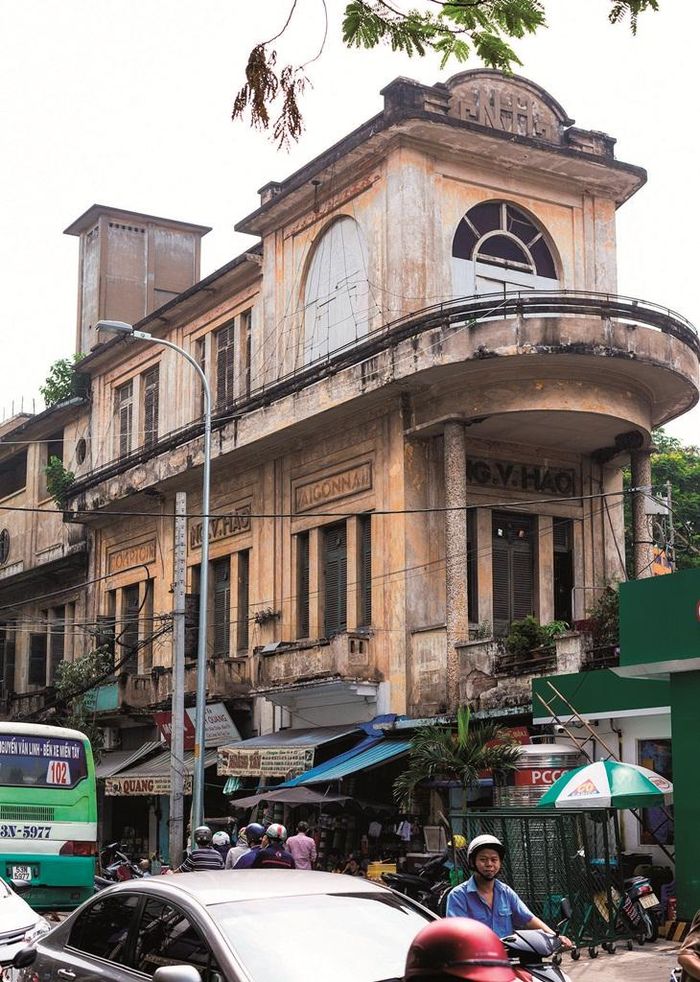 According to some documents, the building’s construction material is sand mixed with latex, because there was no cement at that time, and high-grade cement tiles for the floor were also imported from France, to match the appearance of the building. Due to not being preserved and restored, Nguyen Van Hao’s villa is now degraded, with an old and gloomy appearance. Not many visitors from all over the world know about the old owner, but his name is now only saved on the walls with the words “NG.V.HAO.” But for those who love and understand Saigon, the Nguyen Van Hao villa is an important witness of a period of development of Saigon architecture. 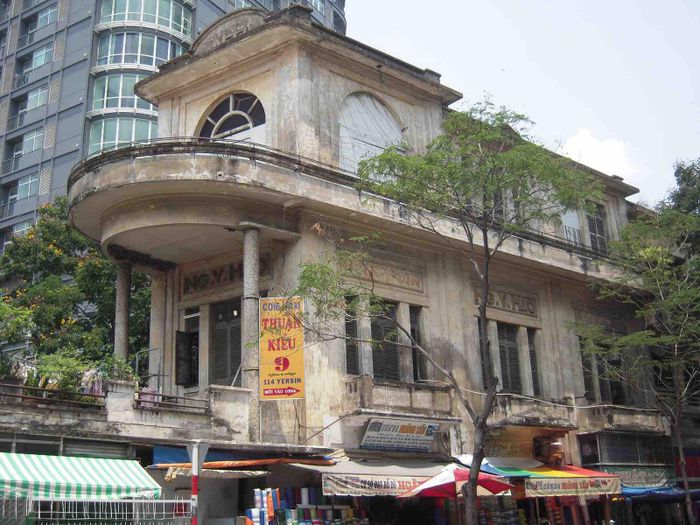 Ancient fountain in the campus of Saigon Water Supply Corporation (1882) After the announcement of permanently staying in Cochinchina (1865), the French began to lay the foundation for the Saigon planning project following the European urban model. Infrastructure issues are put on top, including the construction of a clean water supply system. The first fountain was built in 1878, the second one built in 1882 is still located on the campus of Sawaco. 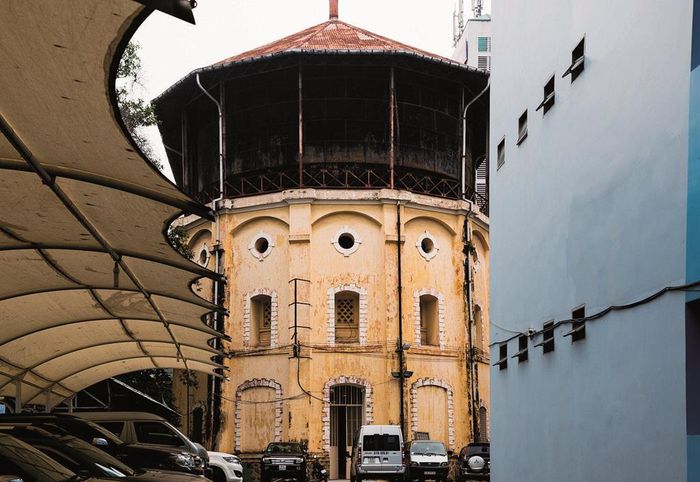 Ancient architecture of Saigon: Ancient fountain in the campus of Saigon Water Supply Corporation This oval fountain consists of three floors, about 25m high, above there are two stainless steel water tanks, solidly built like a fortress, and has an architectural style in harmony with the general urban planning. The highlight of the architecture is the intricately designed rows of doors and ventilation holes. The fountain ended its historic role (1966), when the water supply from shallow wells was replaced by a water supply system from the Dong Nai River. This 130-year-old fountain has officially been kept for conservation, and stands there as a historical monument of Saigon’s water supply industry. Catinat Building (1926) In Saigon, there are ancient buildings that have been renovated to suit modern lifestyles, but still retain their ancient features and architectural values. Catinat Building at 26 Ly Tu Trong is an example. The building used to be the office of many large companies, including the headquarters of the American Consulate (1930-1940). In 1941, Catinat suffered heavy damage because it became the target of Japanese bombing. 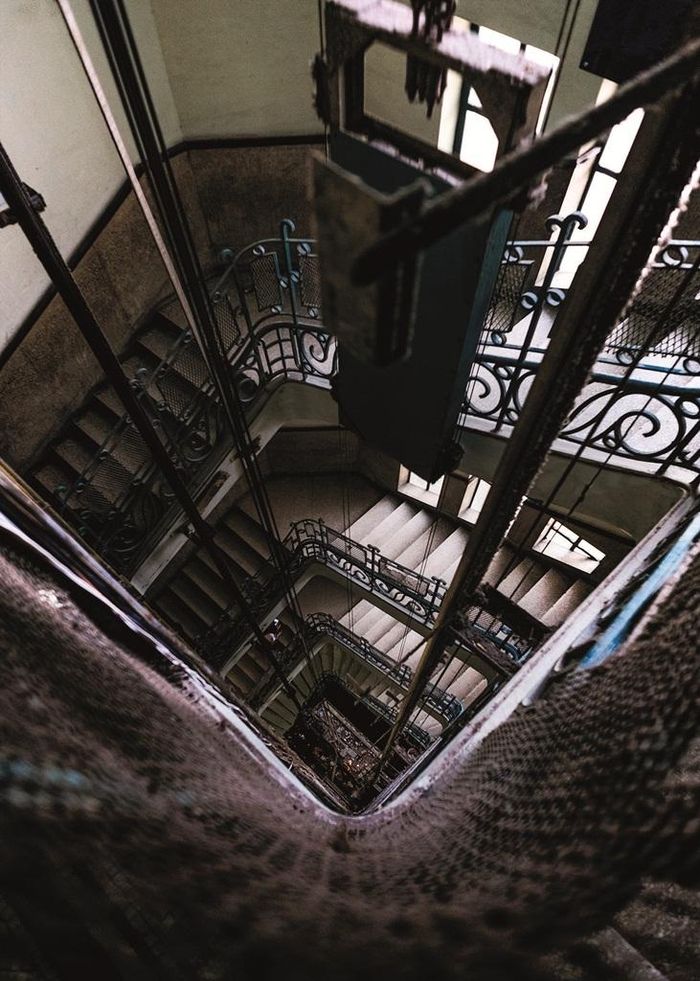 In the 1960s, the Americans used this place as the headquarters of the CIA. After 1975, Catinat became an apartment building and the ground floor was used as a trading place. In recent years, young people in Saigon have given Catinat a new life by turning this place into a miniature commercial center, with shops, fashion shops, cafes… 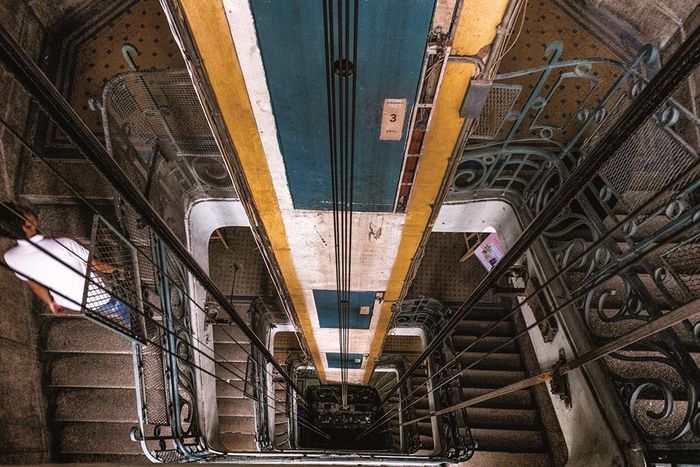 The Art Deco elements in the building are preserved almost intact, from the old brick foundation, winding iron stairs, to the old elevator that goes up and down slowly every day. But inside the rental areas are spaces with separate styles, expressing the personality of the owner. There are many controversies surrounding the preservation of heritage by changing the use, but in the case of Catinat building, it can be considered as a reasonable solution in the current situation. 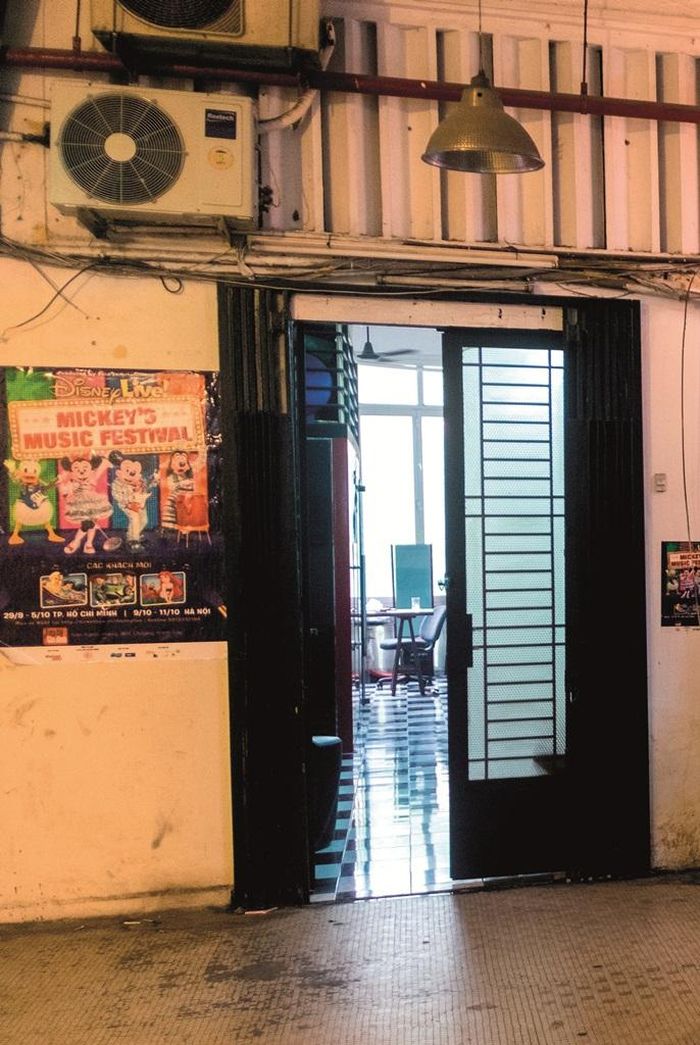 Saint Joseph Saigon Seminary Chapel (1867) In the heart of Saigon as it is today, there is still a place of tranquility and silence: the chapel of Saint Joseph’s Seminary, more than 140 years old. The building was designed in the Gothic style with Father Wibaux’s original intention to “symbolize the special adoration of the Seminarians”. 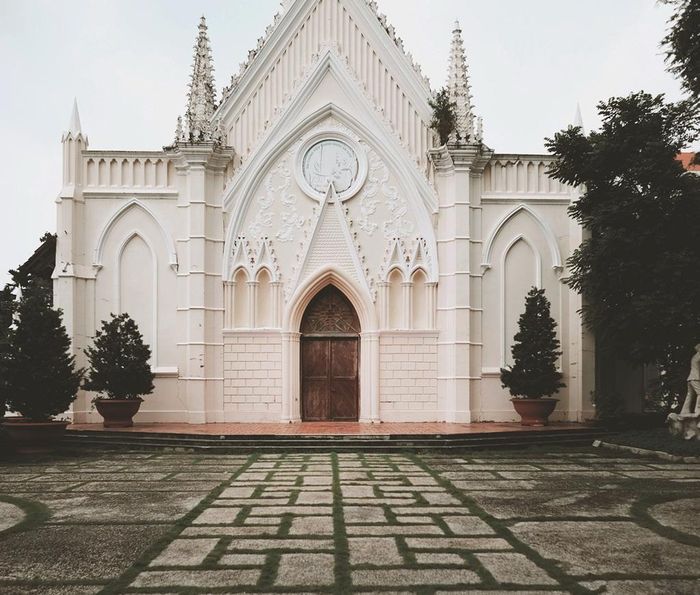 The chapel consists of a main compartment interspersed between two auxiliary compartments using pointed arches, the outermost is a series of flat roof corridors. The rows of large and small columns intertwine to create a feeling that the space is larger than it really is. The interior of the chapel is simple but still exudes an elegant and elegant look. Although it has received little attention due to its location on the seminary grounds, this chapel is still considered an important architectural work on the heritage map of the city.

Hydroponic vegetable garden using ‘2 in 1’ of Vietnamese fathers in...

Thiên An - May 19, 2021 0
Looking at the desk with the green space from the lush hydroponic vegetables, many people can't help but admire and enjoy the gardening style...