Reasonable investment in health care in the states of Kerala, Tamil Nadu and other regions makes the southern regions of India capable of coping with the second wave of outbreaks.
Doctors in Vellore, a city in the state of Tamil Nadu, prepared for the worst early on, before a second wave of Covid-19 ravaged the country.

The pandemic “tsunami” of the past months hit and nearly collapsed India’s public health system on a large scale, in the period from mid-April to early June. In this context, thanks to careful preparation and sound resource investment strategy, southern Indian states like Tamil Nadu suffered less severe damage than other regions, according to the report. Financial Times . Prepare early for the bad scenario Jacob John, a doctor at a medical school in the city of Vellore, said the number of patients treated at the hospital where he worked at one time reached “uncontrollable thresholds”. At that time, the hospital’s 900 beds were filled, causing the facility to refuse to accept more patients and nearly drain its reserve of breathing air for treatment. But when a catastrophic second wave of disease hit Tamil Nadu and other southern states, places like Vellore were able to withstand the worst Covid-19 tragedy. The ability of these states to fight the epidemic is largely due to the planned and effective investment in the public health care system in the southern states. 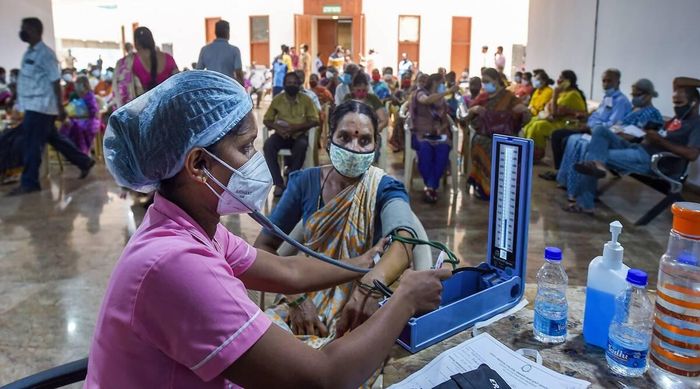 A woman has her blood pressure checked before getting a Covid-19 vaccine in Tamil Nadu, India. Photo: PTI. Experts say that in many other parts of India, the lack of investment and reconstruction for the public health system was exposed when the Covid-19 tsunami swept through. Tamil Nadu is recording about 22,000 coronavirus cases and nearly 500 deaths every day. Under that pressure, Tamil Nadu officials still managed to push back the wave of the epidemic. “The current situation is very difficult. We do not have enough intensive care beds and are forced to refuse to accept many patients,” said Dr. John. “I’m not saying we’re perfect, but when the wave is over, I’m sure the investments in the public health system will save lives.” Before the second Covid-19 storm made landfall, healthcare systems in many other parts of the country, including the capital New Delhi and Uttar Pradesh, India’s most populous state, were nearly completely collapsed. whole. Many patients die from lack of oxygen while the crematorium is overloaded, causing some families to choose to let their bodies float in the river. 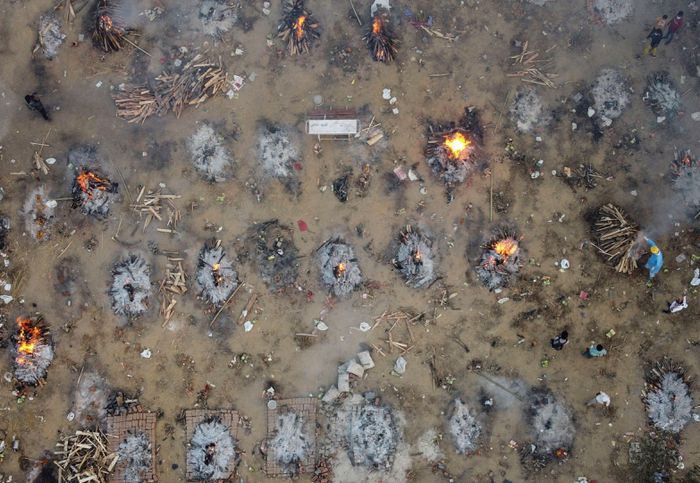 New Delhi fell before the pandemic, the number of deaths increased sharply, overloading the crematoriums. Photo: Reuters. Although the southern states of India have also “tasteed” the Covid-19 tragedy, experts say that these localities are resilient to cope with the recent outbreak of the disease. “Thanks to a well-developed healthcare infrastructure, the situation in the southern states is not as shocking as in many other places,” said Ratan Jalan, founder of Medium Healthcare Consulting. India’s southern states account for about 250 million of the country’s nearly 1.4 billion population. Kerala and Tamil Nadu are leaders in healthcare, with indicators such as infant mortality rates consistently low. Except for the state of Karnataka, other parts of South India have abundant medical supplies and many medical colleges. The Sustainable Development Report released by the United Nations and government think tanks in early June also ranks the southern states as having the best public health care systems in India. Authorities in these states also issued a blockade order in May. The strategy helped reduce the number of new Covid-19 cases, temporarily controlling the spread of the pathogen. However, Bangalore, the capital of Karnataka and India’s tech hub, still has a higher number of SARS-CoV-2 infections than other major cities. According to Ravi Mehta, an emergency worker at Apollo Hospital in Bangalore, when the hospital set up a new treatment ward at the end of April, all 30 beds were empty in just 90 minutes. When the treatment area was replenished with 70 beds, it was completely empty in less than 3 hours. Although the pressure has now eased, the hospital’s intensive care unit is still full, and is now used to treat patients with serious complications. Resource disparity States like Maharashtra in western India are also highly rated for their ability to respond to the Covid-19 “tsunami”. However, no state in the west really fights the epidemic as effectively as in the south, according to Financial Times . Kerala, where India’s first Covid-19 case was detected in 2020, is a rare state in the west with many bright spots in disease response. During the first wave of the Covid-19 epidemic, Kerala health officials controlled the spread of the disease and brought the number of corona virus infections to zero in a few days in May 2020. The number of Covid-19 cases in Kerala increased to more than 40,000 cases per day in May, but quickly dropped to the threshold of 20,000 cases per day, according to the report. Financial Times . Experts say the authorities of Kerala and Tamil Nadu have tackled the crisis by building networks of healthcare workers to help sick people find treatment. They have also created strategic systems to distribute resources such as oxygen and oxygen tanks, preventing severe shortages. The high number of infections in the southern states of India and at the same time reflect widespread testing, provide a full picture of the epidemic situation. 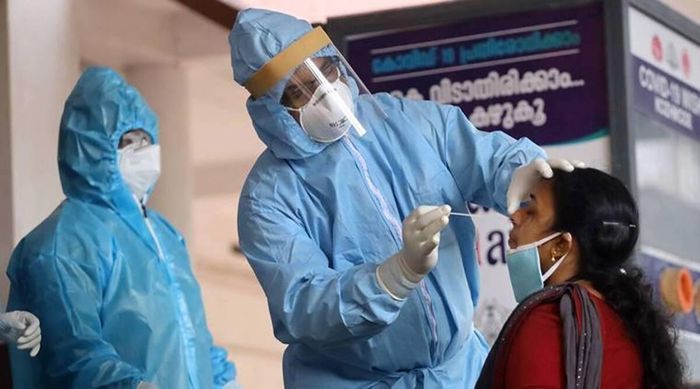 Medical staff in Kerala, India take samples to test for Covid-19. Photo: Indian Express. On the other hand, the fact that the southern states better control the epidemic also exposes the inequality between rich and poor in the world’s No. 2 epidemic center. In May, at least 20 patients at a hospital in rural Karnataka died from lack of oxygen. In Goa, the southern tourist hub, many patients died from inadequate breathing air. PV Ramesh, a doctor and former senior civil servant in Andhra Pradesh, a state in southeastern India, said the Covid-19 crisis will force the whole country to acknowledge the failure of the medical system. public economy of this country. “This outbreak is still seen as an oxygen supply crisis rather than a management crisis (by health officials), Mr. Ramesh said. “As the wave of disease subsides, people will return to normalcy,” Ramesh said. went back to business as usual and didn’t learn any lessons.” Bringing the ashes of unclaimed Covid-19 victims to the Ganges River Indian volunteers collect ashes from crematoriums to organize funerals for Covid-19 victims in Haridwar city.

The strangest deaths in history

Theo Khám phá - May 18, 2021 0
Historically, there have been unbelievable deaths, such as Attila the Hun who died of a nosebleed or Isadora Duncan - a famous American dancer...