According to Gizmodo, Starlink is planning to work with a number of airlines to apply their technology to broadcast Wi-Fi on commercial flights in the future. 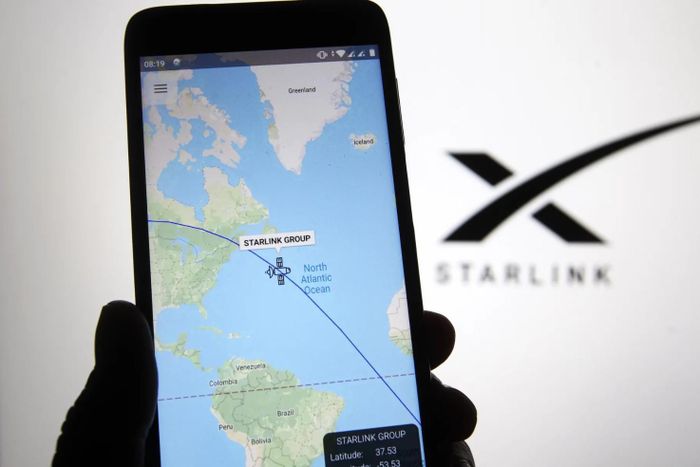 Photo: The Verge SpaceX’s satellite internet network team Starlink is in talks with “several” airlines to implement allowing users to access the internet on their flights. The project’s vice president said during a conference on Wednesday (June 9) that the company is continuously developing, expanding bandwidth to serve commercial projects later this year. “We’re in talks with a number of airlines,” said Jonathan Hofeller, vice president of SpaceX. “We are developing our own airline service… we have done a number of tests so far and are looking to perfect those products to put on flights in the very near future.” SpaceX began piloting the Starlink satellite in 2018 to address the global scarcity of broadband internet connections, especially in rural areas where fiber optic connections are often unavailable. Under the trial plan, Starlink customers will pay a one-time fee of $499 for a package that includes a Wi-Fi router, self-regulating Starlink pan, and $99 per month for monthly internet services thereafter. Since its first launch, the company has launched nearly 1,800 Starlink satellites out of the 4,400 it estimates it will need for global coverage. Last year, SpaceX submitted plans to test Starlink on five Gulfstream jets. In March, SpaceX also negotiated with the FCC (Federal Communications Commission) to apply Starlink technology on all popular vehicles from trucks, marine ships to airplanes. Elon Musk made it clear on Twitter at the time: “We do not connect Tesla cars to Starlink, because our terminal is too big, This controller is only for airplanes, ships, big trucks “. Starlink’s satellites are in low Earth orbit, lower than the geostationary orbit of the larger satellites that currently provide Internet services to commercial aircraft. It is the technology that makes airlines choose to cooperate with Starlink over other competitors. However, the same technology is now being used by a range of competitors. Amazon recently announced plans for 3,000 of its own low-orbit satellites, and the UK’s OneWeb has also launched 182 of the roughly 640 planned satellites. Competitors to Starlink with plans to commercialize the aircraft are Intelsat and ViaSa, which operate satellite networks in geostationary orbit. ViaSat recently announced plans to use its next-generation satellite network on Delta’s main fleet. The California-based company is planning a low-orbit network of 300 satellites that will begin launching early next year. According to experts, Viasat will be a stiff competitor to SpaceX in the future.