Mai Davika’s real name is Davika Hoorne, born in 1992, with two Thai-Belgian bloodlines. She has been photographing magazines and fashion shows since the age of 14. After ‘Love of a ghost’, Mai was named ‘Thailand’s most beautiful female ghost’. Her other notable films include ‘Old Scar’, ‘Back to 20’, ‘The Personality in You’, ‘Love Promise’. Actor who played the MV ‘Run now’ by Son Tung M-TP. 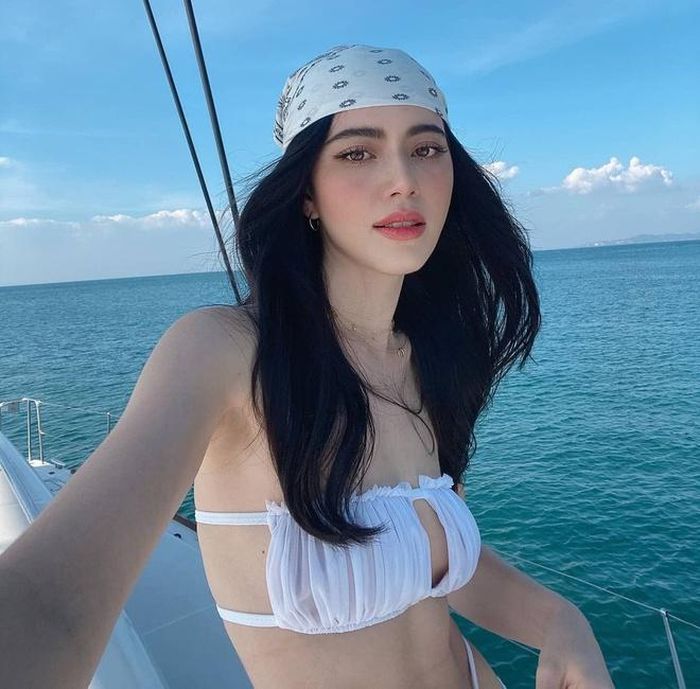 Possessing an attractive Belgian-Thai hybrid beauty, with the same height of 1m75, Mai Davikia is also a famous model and one of Thailand’s leading fashion icons. 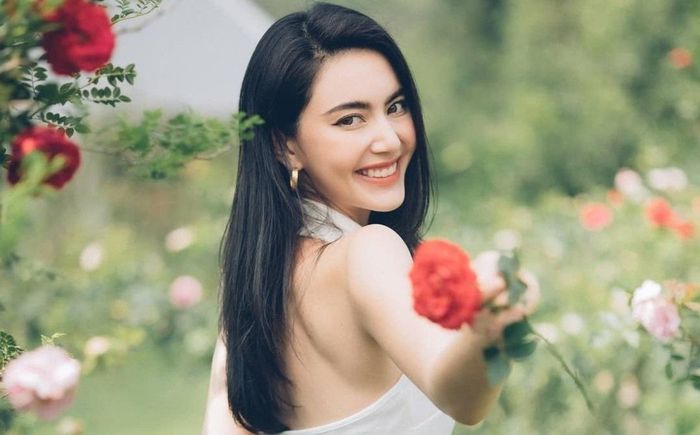 In 2013, the role of Nak in the blockbuster “Love of the predestined ghost” brought Mai Davika to shine with the stature of a continental star. The film helped the then 21-year-old actress bring home 9 major awards, including the Best Actor award by the Thai Film Association. 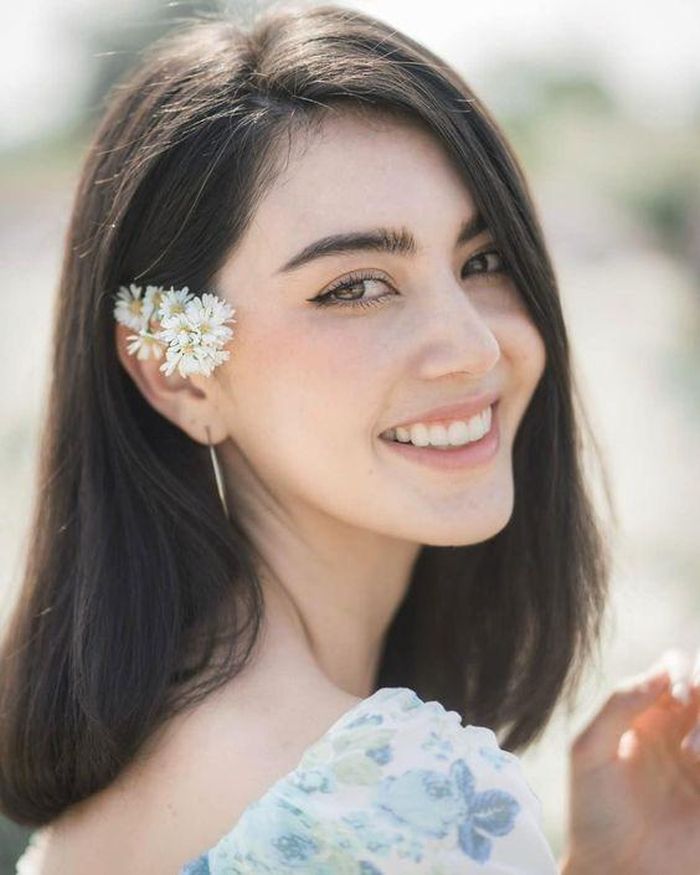 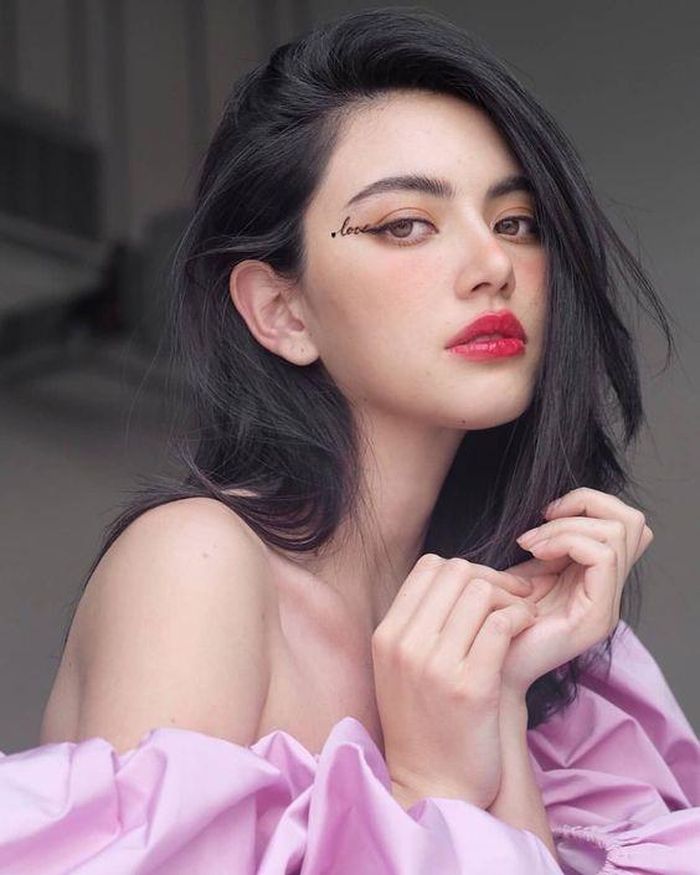 At the age of 29, Mai Davika is one of the most famous female stars of the Golden Temple. 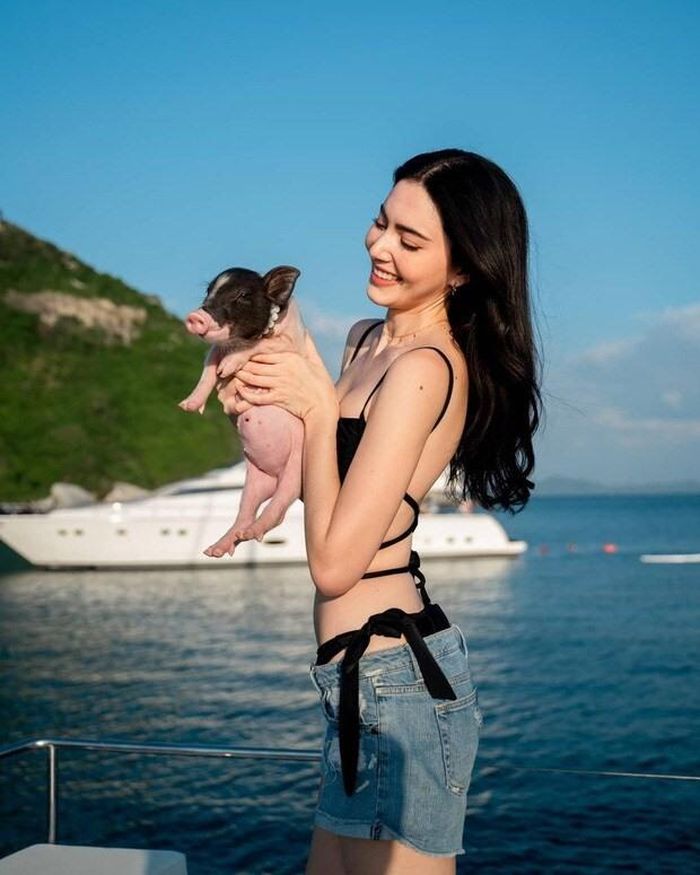 Recently, Mai Davika has made fans “wake up” with a series of sweet and sexy photos on a luxury yacht. The images when she played with her pet pig made many people whisper because of her beauty without a dead angle. Photo: NV. 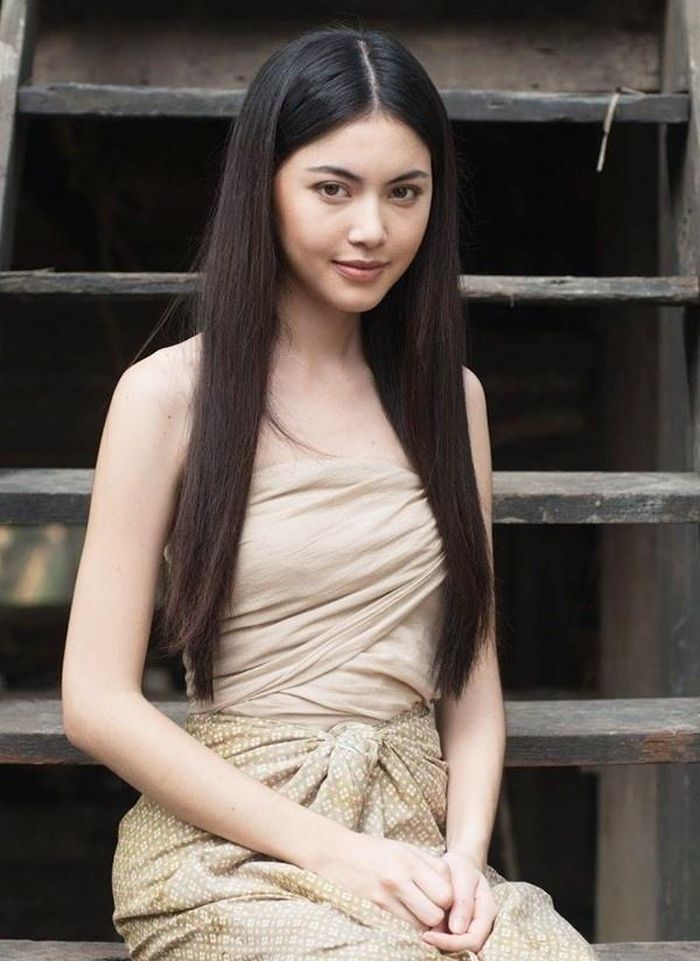 The beauty born in 1992 has a unique and captivating beauty. Bright, large and expressive eyes are one of the most prominent features on the actress’s face. 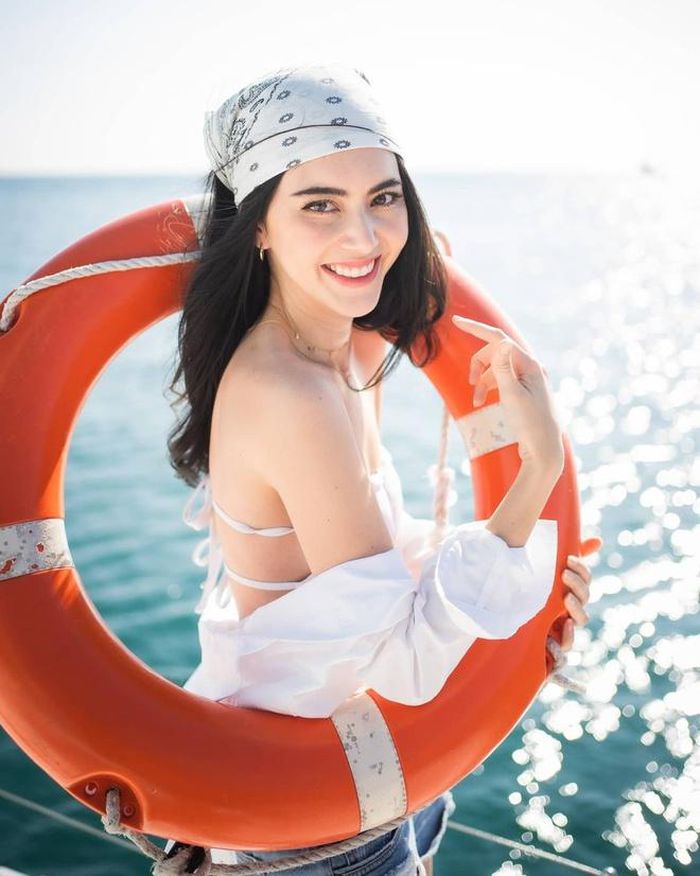 Thanks to hard work in the gym and sports training, Mai Davika maintains a slim figure but is not too skinny or sick. 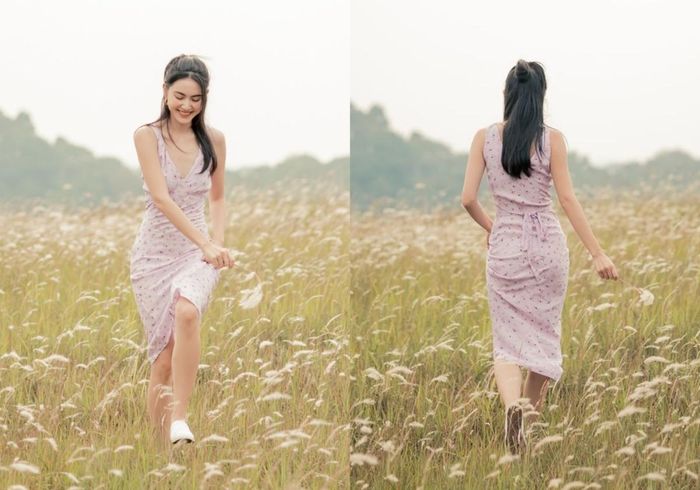 During a picnic in the reed field on May 18, she coordinated a V-neck floral print dress with loafers. The beauty is 1.75 cm tall, has a waist circumference of 55 cm and weighs nearly 50 kg. 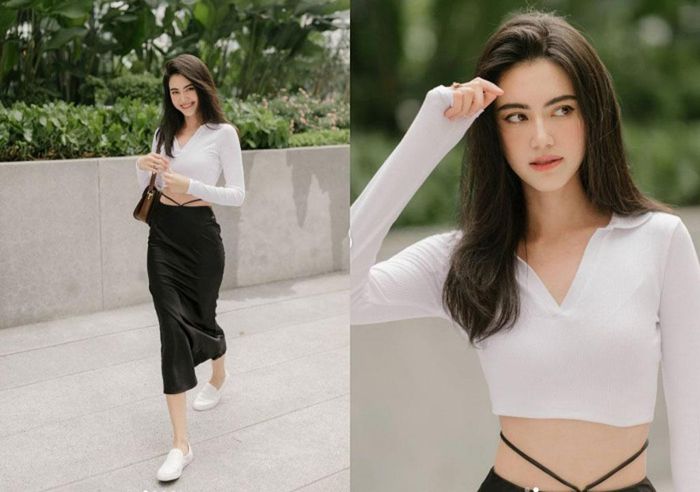 In a series of photo shoots at the end of March, the beauty combined a Stolen Stores silk skirt with a Zara crop-top and monochrome sneakers. Gucci monogram handbag. 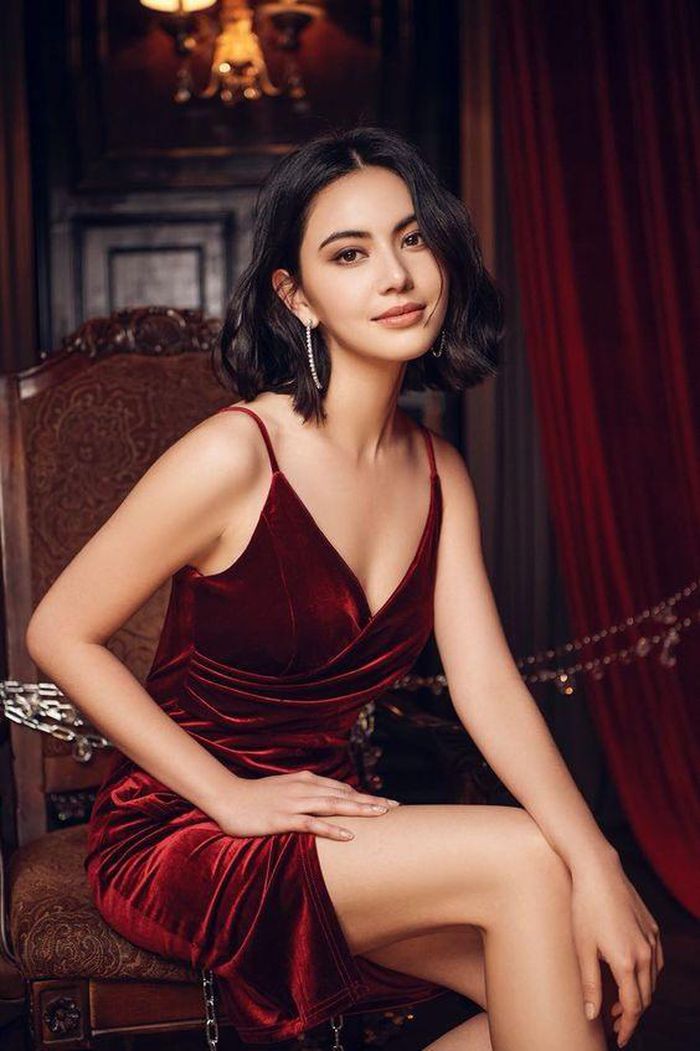 The advantage of the supermodel body shape also helps Mai Davika to wear many beautiful outfits. Her fashion sense is bold with youthful colors, personality but no less luxurious. 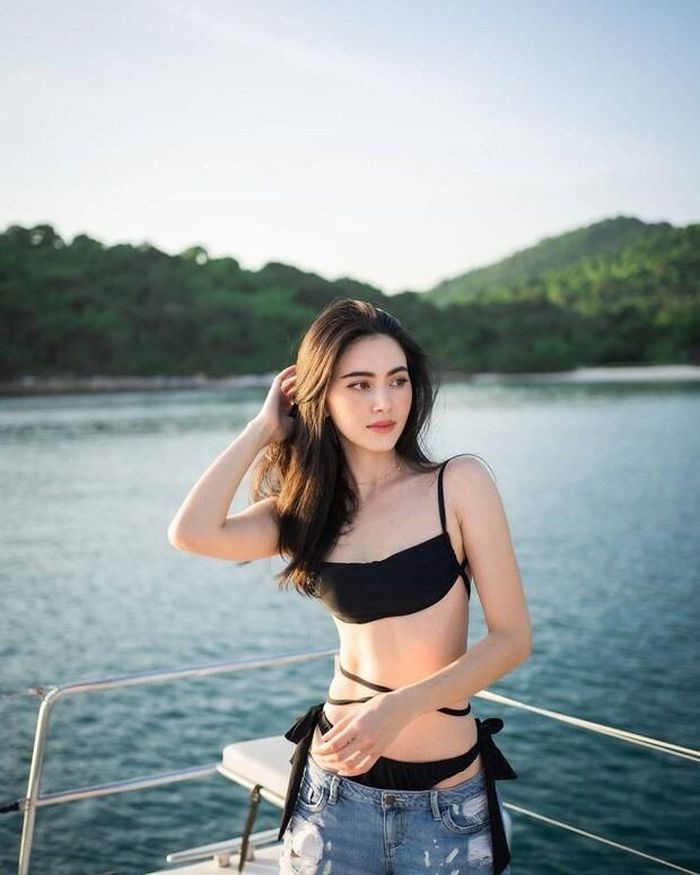 Thai beauty is the favorite model of luxury fashion brands such as Gucci, Chanel, Dior, Burberry… She also often appears in the front row of fashion shows in Paris, Milan, New York… 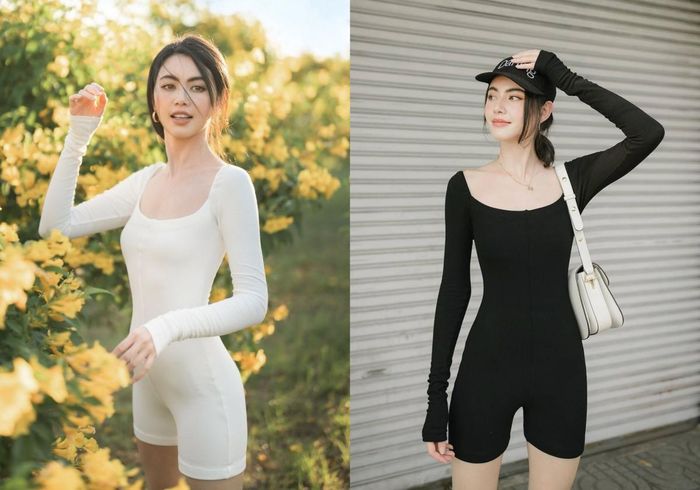 On June 2, 2021, Mai Davika posted a photo of a visit to a flower garden on the outskirts of Bangkok, Thailand, attracting more than 430,000 likes on social networks. Most viewers commented that she was confident when showing off her body with a white long-sleeved bodysuit (right) of a popular brand. The actor’s wardrobe has many similar designs in black and light blue. 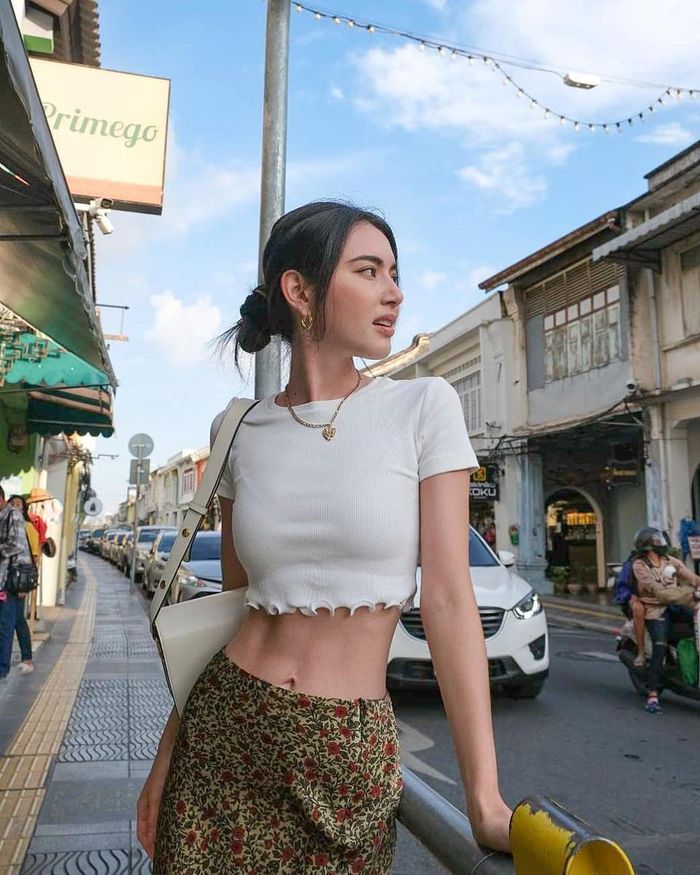