Home Travel The freshest cities in the world

Eco-friendly destinations close to nature are increasingly being chosen by tourists. In addition to mountainous and rural areas, many tourist cities remain fresh thanks to efforts to protect the environment and combat climate change.
Uswitch recently published an analysis and ranking of the world’s least polluted, sustainable cities based on criteria of energy consumption, public transport infrastructure, pollution level, air quality. gases, CO2 emissions and green space rates. Cities with fresh air, sustainable energy and friendly transport systems will certainly be chosen by many tourists.

Wellington has the least pollution Pollution is one of the most common causes of climate change, with exhaust fumes from households and vehicles leading to environmental and health problems globally. However, in Wellington (New Zealand), that problem seems to be well under control. 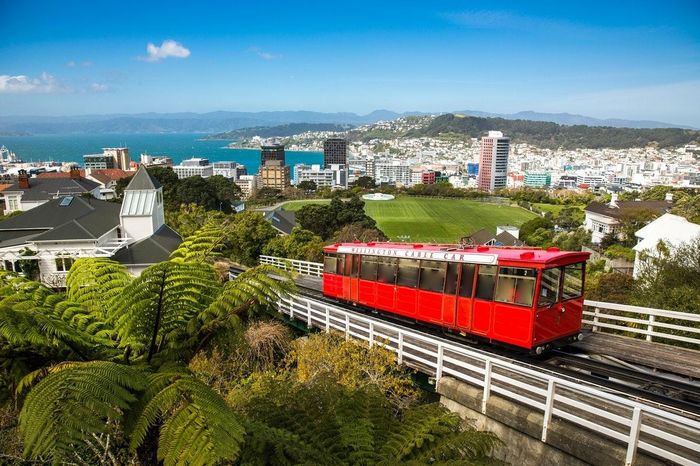 Wellington, New Zealand. Source: Uswitch The city scored 13.66 on the pollution index, which means that out of 100 units of air, only 13.66 is polluted. New Zealand’s air is very fresh for many reasons, the main one being that the population is not too large, the main economic sectors are agriculture, fishing and tourism, so there are no big factories like many places in the world. gender. Wellington is considered the culinary capital of New Zealand and possesses beautiful natural settings. Visitors cannot miss the “Lord of the Rings” tour, to visit famous scenes in the blockbuster of the same name or experience the props and costumes in the movie. Canberra is the most sustainable city Energy in Canberra (Australia) is mainly from solar and wind sources; and the pollution index in this city is 13.89, just behind Wellington. Canberra has an extensive public transport infrastructure and is environmentally friendly, making it possible for people to go anywhere without having to drive their own car. Tourists have easy access to tourist attractions, whether the museums, the shopping in the center or the Tidbinbilla Nature Reserve in the suburbs. The city also operates a carpooling service, encouraging people to travel in groups and cutting back on solo driving.

Canberra, Australia. Source: Daniel Morton / Unsplash Switzerland’s Zurich is also highly rated on the sustainability index. It is a paradise for cyclists, with dedicated lanes and many car-free lanes surrounding the city center. Walking is a great way to explore the city, people here do not attach too much importance to the use of personal cars. The pollution index in Zurich is also low, ranking third with 17.31 points. Madrid, Brisbane, Dubai, Copenhagen are in the top 5 Immediately after Canberra is the Spanish capital, which owns a green space of up to 64 square kilometers, with 300,000 trees. The parks in Madrid are always a destination that attracts residents and visitors. The most famous is the Monte de el Pardo park, a green nature reserve about 50 times the size of Central Park in New York (USA). Both Brisbane (Australia) and Dubai (UAE) have priority policies for sustainable development. While Brisbane implements its “Clean, Green, Sustainable 2017-2031” strategy focusing on clean air, biodiversity and low carbon emissions; while Dubai named itself “sustainable city” to promote the green development model. 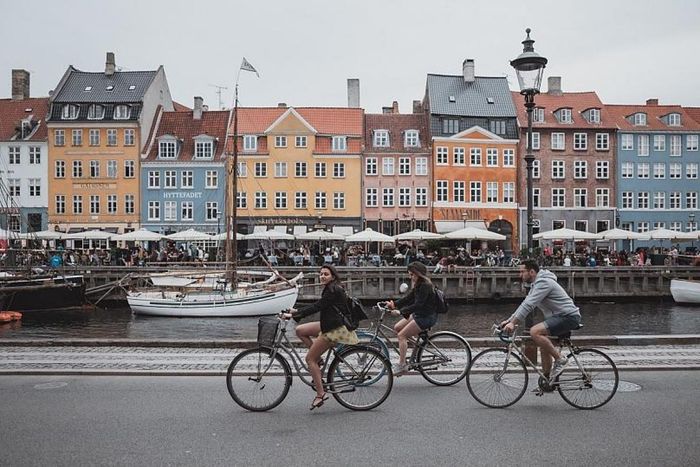 Tourists cycling in Copenhagen. Source: Feybiun / Unsplash With a large area of ​​water and green space, Copenhagen (Denmark) is one of the cleanest, safest and most attractive tourist destinations in Europe. Coming here, visitors often cycle through the streets, admire the old architecture, including the iconic statue of the city’s mermaid. Food is also a strong point of Copenhagen, as there are 15 Michelin-starred restaurants in the city. Nairobi is the leader in green energy The world is strongly promoting sustainable energy and cutting carbon emissions. Nairobi (Kenya) is at the forefront of this movement, with more than 90% of its energy coming from sustainable sources such as hydro or geothermal. However, poor air quality, pollution rates make Nairobi low in this ranking.

Nairobi, Kenya. Source: Uswitch Lisbon in Portugal is the second best city for sustainable electricity, making the most of its sunny location with its huge network of solar systems. The city is a popular tourist destination in Europe, with a variety of choices from beautiful natural vistas to quaint towns and castles. In third place is Lima, the capital of Peru. After years of facing air pollution, the city has turned to solar power to try to reduce emissions. The city also installed large billboards that function as air purifiers.

Again, a reminder to behave

VIỆT KHƯƠNG - May 24, 2021 0
Taking advantage of the sunny weather, Mr. Ginger and a few men and women in the village worked hard to clean and dry the...