Home Beauty Fashion How do oversized models charm with fashion?

Many female models are sought after and famous despite going against the standards of the fashion industry.

At the age of 13, Ashley Graham was discovered, signed her first modeling contract with a local agency. Three years later, she transferred to Ford Models in New York, USA. Since then, Ashley Graham has appeared everywhere from magazines and catwalks to advertisements and movies. In 2016, Graham made a breakthrough when she became the first plus-size model to shoot the cover of a swimsuit magazine Sports Illustrated . Also this year, Ashley Graham catwalk at Paris Fashion Week with models like Jourdan Dunn, Freja Beha Erichsen. Image: Sports Illustrated. 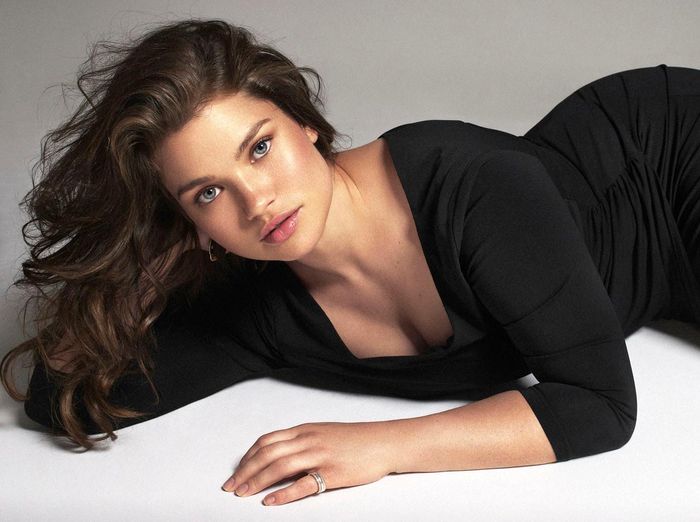 Tara Lynn grew up with a body size 14-16. It wasn’t until college that she really accepted her body. Lynn mustered up the courage to apply to a modeling agency in Seattle, Washington, USA. She was contracted quickly. Tara Lynn modeled for H&M, appeared in famous magazines such as V, ELLE, Vogue, Glamor and Sports Illustrated . Image: Visual Optimism. 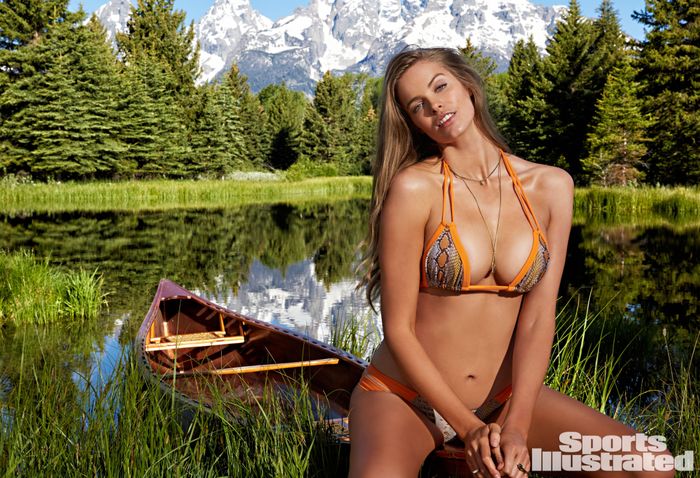 Robyn Lawley was eliminated many times when participating in casting because it could not fit in small size clothes. When she found the modeling agency Bella Model Management (Sydney, Australia), her career really began. The company gives Lawley a new perspective on modeling and encourages her to shine in her own way. In 2015, Robyn Lawley became the first plus-size model to appear in swimsuit magazine Sports Illustrated. In addition, Lawley also has a magazine cover photo Vogue Italy and ELLE France. Image: Sports Illustrated. 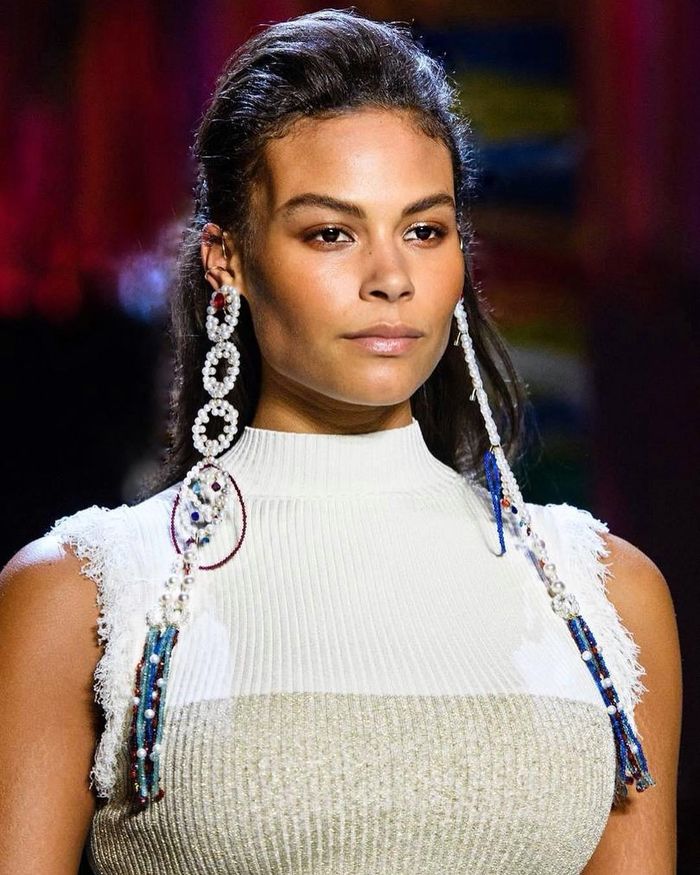 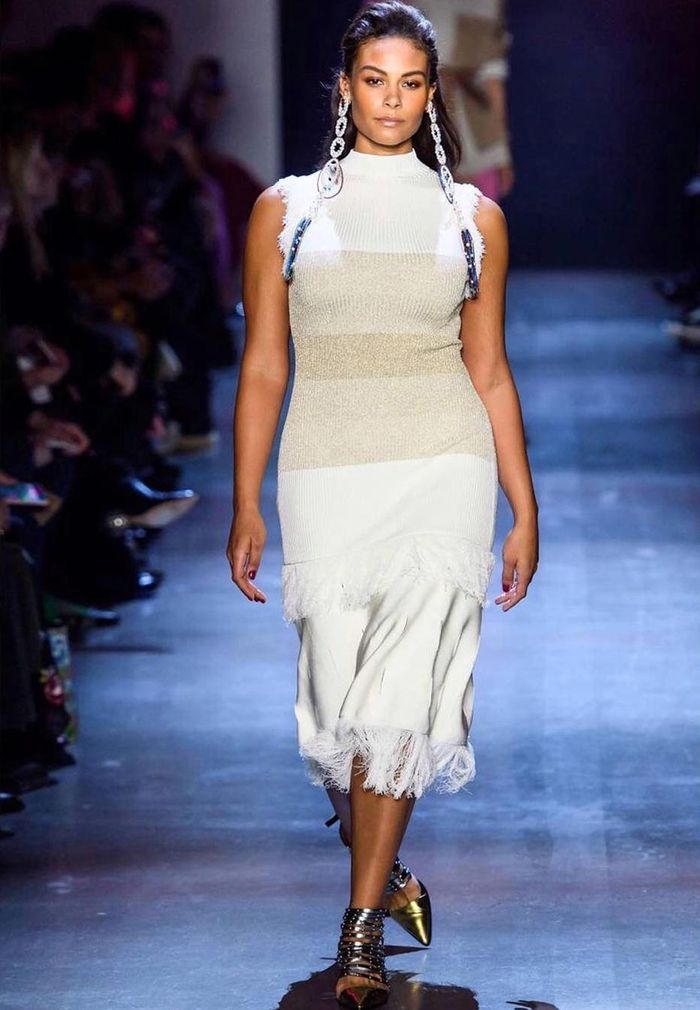 At 15 years old, Marquita Pring decided to try her hand at modeling. Marquita Pring attended modeling casting, met with dozens of companies in Canada. Most commented that she needed to lose weight. However, others loved Pring’s look and suggested she try taking pictures. Long legs brought photos to a small modeling agency in Canada and was signed. Image: Marquitapring.

Sophie Dahl enter the fashion industry under special circumstances. She got stylist Isabella Blow at the magazine Vogue seen while crying on the street because of an argument with his mother. Through Blow’s introduction, Sophie Dahl met Sarah Doukas – top fashion scout and founder of Storm Models in London, England. Doukas is also the one who discovered famous supermodel Kate Moss. Sophie Dahl quickly joined Storm Models. Not long after, she appeared in the magazine Vogue Germany (photographed by designer Karl Lagerfeld), Vogue Italy, Visionaire, Vanity Fair . Image: Stuff. 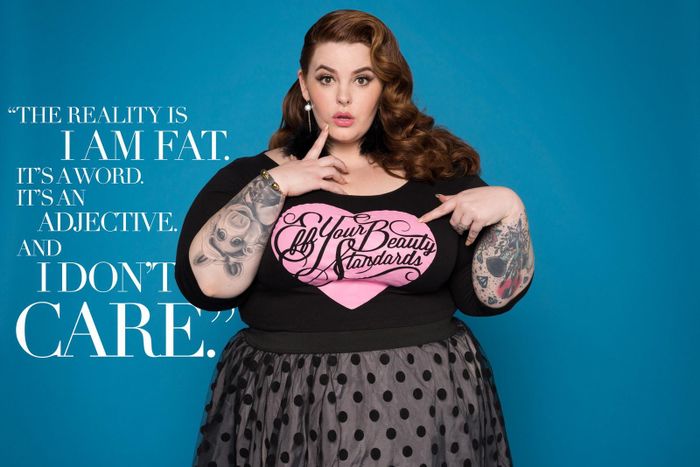 Tess Holliday once wanted to join the fashion industry at the age of 15. However, she was commented “too short and too big” to be a model. Holliday had to give up her dream. At the age of 24, Tess Holliday moved to Los Angeles, USA. She posted pictures of herself online and was discovered. Holliday accepted the invitation to be the face of the TV show. Besides, she also took advertising photos. Tess Holliday okay Vogue Italy honored as one of the top plus-size models in the world. She is also the model with the largest measurements signed with the mainstream modeling agency Milk Model Management. Image: BuzzFeed News. Impressive catwalk of famous supermodels Heidi Klum, Tyra Banks or Kate Moss are old names with strong influence in the fashion industry.

A strange and powerful image for an office girl

M.Mai (Vietnam+) - June 20, 2021 0
Each outfit has a different highlight with a variety of designs for office girls. In particular, the designs are not only suitable for office...