Home Beauty Fashion The girl caught the attention with the tip of wearing lingerie with...

In the summer, sexy backless maxi dresses are always the top priority of fashionistas. However, many people still have difficulty in choosing the accompanying underwear.
According to the Metro , a social network user named Micheli Martinengh posted a video showing viewers the effective secret of how to “disappear” the belt of lingerie when combined with a cut skirt. 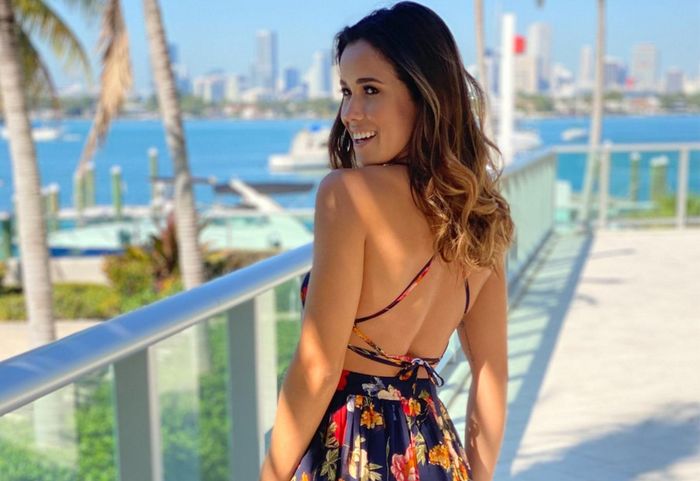 Girls often find it difficult to choose underwear when wearing backless dresses. Photo: Metro. In the video, the girl uses basic underwear and wears a black jumpsuit over it. Then, the belt on the item is wrapped around the arm and tightened to the size of the body placed below the cup. Micheli’s simple trick quickly got viewers’ attention and interaction. The video attracted millions of viewers. Many people expressed their support and agreement on her guidance. The rest said that this method makes their body uncomfortable during exercise, leaving marks on the skin. One social media account said: “I tried Micheli’s method, but it seems that my body becomes sore and tightens my chest.” 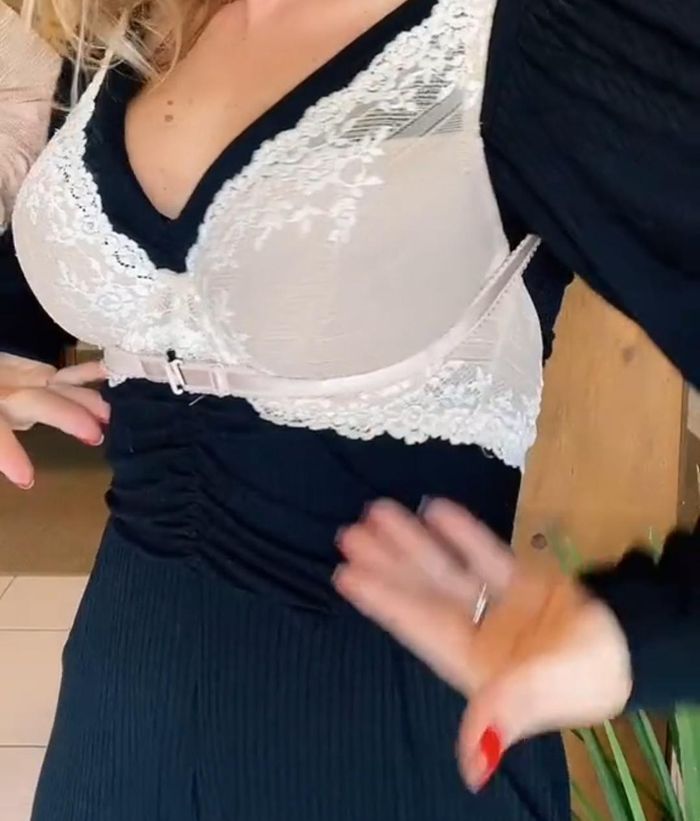 Micheli’s guide to hiding lingerie. Photo: Metro. Before, Insider also published an article about the tricks that British royal women use to avoid revealing lingerie when wearing dresses. Etiquette expert Myka Meier posted a picture of Princess Kate wearing a blue Elie Saab gown at Royal Ascot. She emphasizes that there are many ways to keep the straps from showing. One of them is a body-hugging bra. The second option is shapewear, one-piece and strapless. Besides, British royal women always wear bodysuits to avoid being exposed when skirts flutter in the wind. Even the Queen of England once stuffed a few dumbbells into the hem of her shirt. This helps the designs to stand out more. For light chiffon dresses, royal tailors would add pea-sized or bar-shaped lead.

Mai Hoàng - May 19, 2021 0
Gen Z brought back the fashion of the 90s with mom jeans, causing discontent with the Millennials who preferred tight-fitting models. Choosing the right...