Home Tech The last wave of Tmall 618 is here!Sanxingdui will visit the museum...

Following the celebrity and the president, Tmall 618 has ushered in a new top-flow Internet celebrity. On June 15, the Sanxingdui Museum, which participated in Tmall 618 for the first time, will cooperate with Tmall and Red Star News to explore the cultural relics and treasure “magic animals” through Taobao live broadcast. The virtual anchor “Bronze Da Liren” will also airborne in the live broadcast room to “call” for Sanxingdui cultural and creative products.

“Sleep for three thousand years, wake up the world”, on March 20 this year, the “Archaeological China” major project work progress will be notified that 6 new “sacrifice pits” have been discovered in the archaeological site of Sanxingdui. Fragments of golden masks, giant bronze masks, etc. have been unearthed. There are more than 500 important cultural relics such as bronze sacred trees and ivory. Among the cultural relics unearthed in the Sanxingdui area in the past, there are quite a few vivid and interesting animal-shaped cultural relics. Tao Zhu became popular on the Internet for his “face-hit” angry birds, and his vivid celestial chickens and sacred birds have attracted many archaeological enthusiasts. 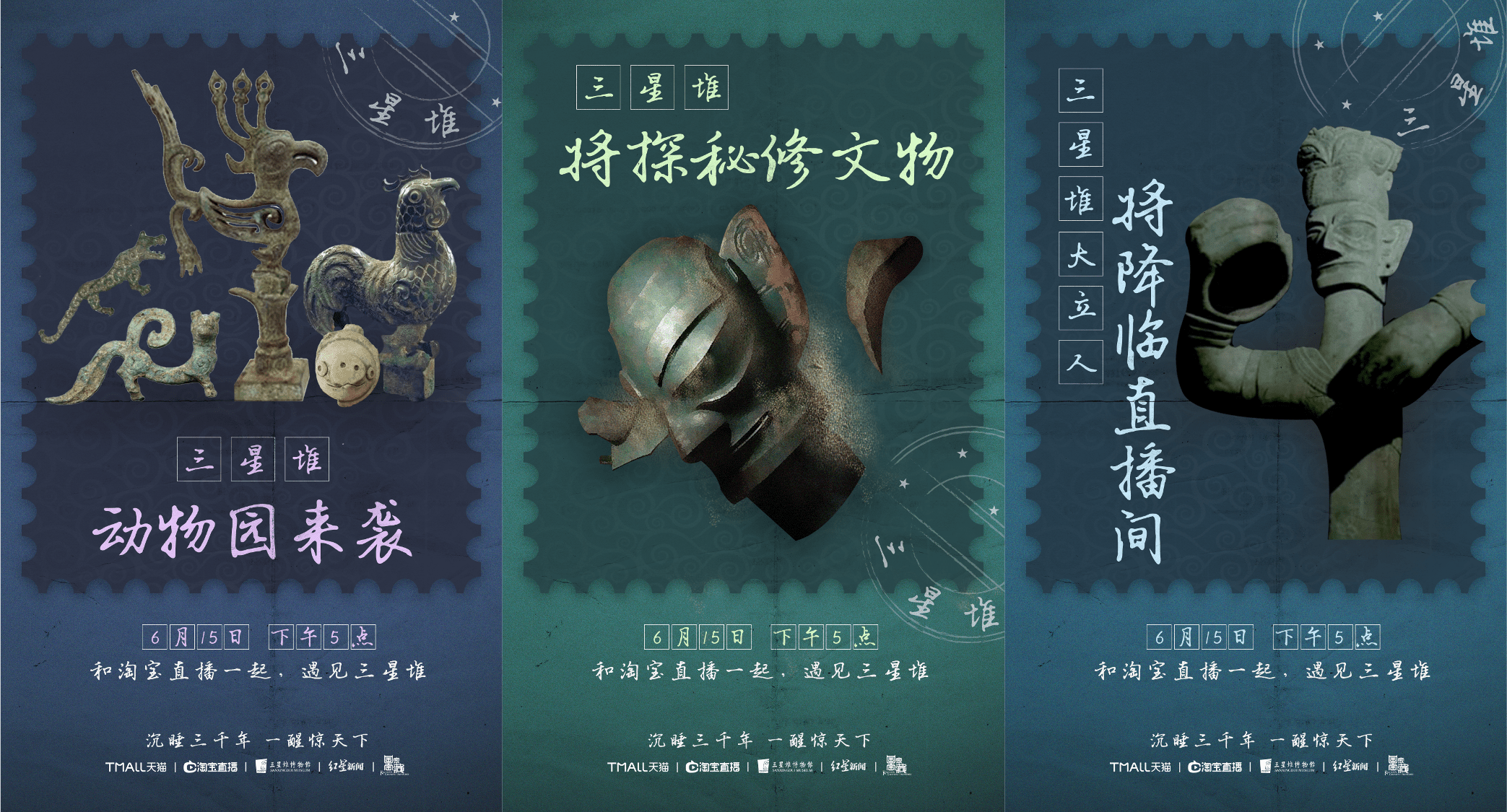 It is reported that the live broadcast will continue from 5 pm to 10 pm. In addition to exploring and repairing cultural relics, Sanxingdui star commentators will take Tmall consumers to visit the museum, show in detail Sanxingdui’s “magic animals”, including pottery pigs, sky chickens, tigers, etc., and interpret the backs of bronze sacred trees and bronze standing people Secret. After 8 p.m., the virtual anchor Bronze Darling will be airborne in the live broadcast room, and together with the previous directors and assistants of “National Treasure”, they will reproduce the classic clips of National Treasure, and call for the cultural and creative products of Sanxingdui. In addition to the Taobao live broadcast room of the official flagship store of Sanxingdui Museum, this secret exploration activity will also be simultaneously broadcast live through channels such as the Red Star News client and video account.

Major archaeological discoveries in Sanxingdui have amazed the world and also drove the popularity of archaeology and related cultural and creative products. On the day of World Museum Day on May 18 this year, the official of Sanxingdui Museum announced that it will be stationed on Tmall, with more than 40 new cultural and creative products, including the super new product-an archaeological blind box with real soil. The “miniature” figures in the box are based on the “new” Internet celebrity cultural relics and classic cultural relics of Sanxingdui in March this year, including pottery pigs, sky chickens, bronze sacred trees, bronze Zongmu, etc. The shape of the blind box mound is borrowed from the landform of the Sanxingdui site, and the soil color is also close to that of the archaeological pit. After the archaeological blind box was updated, it quickly appeared on the hot search. In the live broadcast tonight, Minister Ren Ren of the Industrial Development Department of the Sanxingdui Museum Scenic Area Management Committee will also share the development strategy and direction of Sanxingdui Cultural and Creative, with a view to launching more cultural products loved by young people.

Tmall data shows that young people love museums more and more. The proportion of post-95 consumers of cultural and creative products has increased year by year, and it is now nearly 40%. Nearly 100 museums and art galleries will participate in the last wave of Tmall 618. In addition to domestic “big coffee” such as the Palace Museum, National Museum of China, Dunhuang Museum, Suzhou Museum, Potala Palace, Sanxingdui, etc., there are also overseas venues such as the Louvre, the British Museum, and the Metropolitan Museum of Art.

Start up now with 6G?

Nguyệt Bắc - April 18, 2021 0
At the moment, although 5G networks are not really popular (it is estimated that 2% of the eight billion mobile subscribers globally use 5G...