Home News World The original misses you to return to the main business for one... 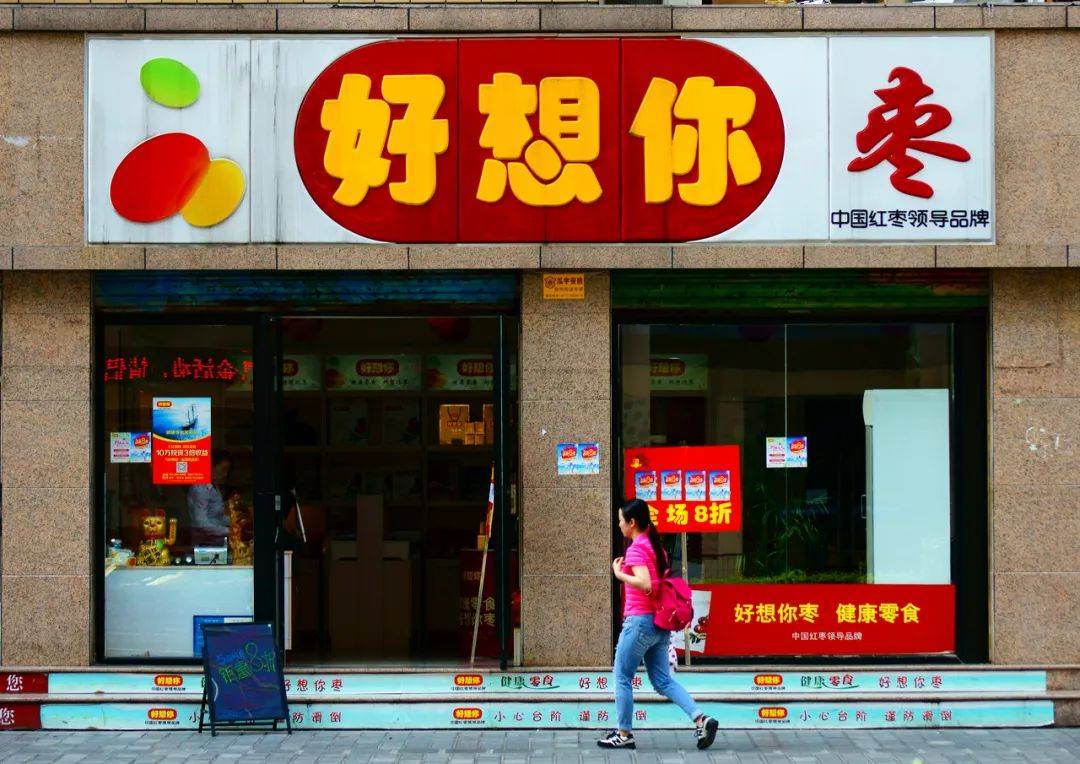 It has been a year since the sale of Baicao Wei, and I missed you for announcing the focus on the main business of red dates, but you have repeatedly fallen into doubts from investors.

On June 14, I really want you to receive an annual report inquiry letter from the Shenzhen Stock Exchange, and you were asked to respond to 11 questions about the sale of Holmes, performance, and the decline in the gross profit margin of jujube products.

Since the delivery was completed in June last year, I miss your net profit for two consecutive quarters. In 2020, the gross profit rate of jujube and related products is 29.34%, a year-on-year decrease of 3.46%.

One year after the release of the share repurchase plan, I really want you to significantly reduce the repurchase ratio. During the period, the second largest shareholder Hangzhou Haohong Industrial Co., Ltd. (hereinafter referred to as “Hangzhou Haohong”) reduced its shareholding nine times and cashed out about 180 million yuan in total. .

After selling Baicaowei, I miss your net profit for two consecutive quarters.

After selling Baicaowei, I really miss your revenue in 2020.

On February 23, 2020, I miss you an announcement that it will sell 100% of Baicaowei’s equity. The buyer is Pepsi Beverage, a subsidiary of PepsiCo. The negotiated transaction price of the two parties is US$705 million, which is approximately RMB 5 billion. 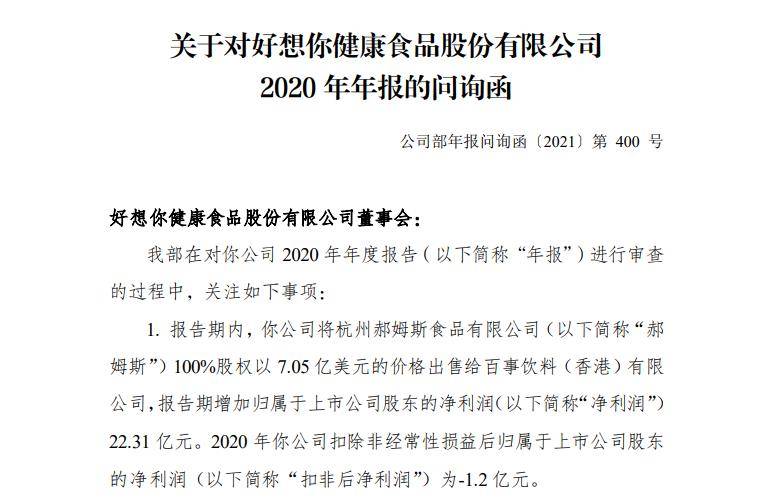 The Shenzhen Stock Exchange asks you to combine the situation of comparable companies in the same industry, as well as the seasonal characteristics of the company’s business (if any), market demand changes, product price trends, cost and expense confirmation basis, and changes in amounts, and explain the quarters of the reporting period. The reasons and reasonableness of the large fluctuations in financial data, and whether there is an inter-period recognition of income or expenses.

Before selling Baicaowei, I miss your jujube business has been declining year after year.

Compared with jujube products, nuts have contributed 1.187 billion yuan in revenue, which is nearly twice that of jujube business, but they are also facing a decline in gross profit margin.

The inquiry letter requires you to combine marketing model, product positioning, market share, cost structure and other factors to explain the reasons for the decline in the gross profit rate of red dates and nuts during the reporting period, and analyze whether related factors will continue to affect the company’s production and operation.

I miss you announcing the return to the main business of jujube, and decided to terminate the contract of 4770 acres of land leased by the subsidiary Xinjiang Jujube Agriculture and Forestry Co., Ltd., and concentrate resources on the company’s own high-quality raw material base.

After the termination of the land lease agreement, you no longer own the ownership of the jujube trees, employee dormitories, warehouses and other ground attachments on the corresponding land, and the remaining land lease fees paid will no longer be returned. The total asset loss is 45.66 million yuan.

The inquiry letter requires you to estimate whether the cost of using the leased land to obtain raw materials such as red dates is significantly different from the cost of the company obtaining raw materials such as red dates through other channels. Combined with the reasons for your company’s early termination of the land lease, further explain the company’s termination of the land lease Whether it is conducive to safeguarding the interests of listed companies.

At the same time, according to the disclosure that I wanted to focus on the main business of red dates when you sold the shares of Holmes, it explained whether the company took other methods to consolidate the supply of upstream raw materials while terminating the 4770 mu land lease of the subsidiary Xinjiang Dazaoshu Agriculture and Forestry Co., Ltd. .

The repurchase plan has shrunk sharply, the second shareholder reduced their holdings and cashed out 180 million yuan

I really miss you to change the stock repurchase plan, which also caused investor complaints.

On June 3, 2021, I really want you to disclose the “Announcement on Adjusting the Share Repurchase Program” stating that the number of shares to be repurchased will be adjusted to no less than 41.2 million shares and no more than 67.2 million shares.

Compared to the most embarrassing repurchase plan in history that was thrown out in June last year, the number of shares you bought back has shrunk dramatically.

During the period, Hangzhou Haohong, the second largest shareholder, reduced its shareholding 9 times, with a cumulative reduction of 13.84 million shares. The number of changes accounted for more than 3% of the outstanding shares. The average transaction price was 11.95 yuan to 13.79 yuan, and the cumulative cash out was about 180 million yuan.

After the announcement of the adjustment plan, I miss your stock price plummeting for 5 consecutive trading days.

The inquiry letter asks, I really want you to further explain the reason and rationality of the company’s adjustment to the repurchase plan in the past 12 months before the shareholders’ meeting reviewed and approved the share repurchase plan, and whether there is a situation of using repurchase matters to cooperate with relevant entities to reduce holdings Wait.

editor - June 24, 2021 0
Can we access shared files on Windows PC from Apple devices? of course can. The SMB protocol makes this server connection function possible,...