According to reports, recently, in a community in Fuzhou, Fujian, an old man was walking when he suddenly fell on a sofa and knocked him to the ground. According to reports, it turned out to be a property map to save trouble. I threw down the old sofa from the second floor, but did not see the old man walking. Fortunately, after the old man was sent to the doctor, it was found that there was no major problem. In the end, the two parties reached a settlement. The property apologized to the old man and compensated 10,000 yuan for medical expenses. 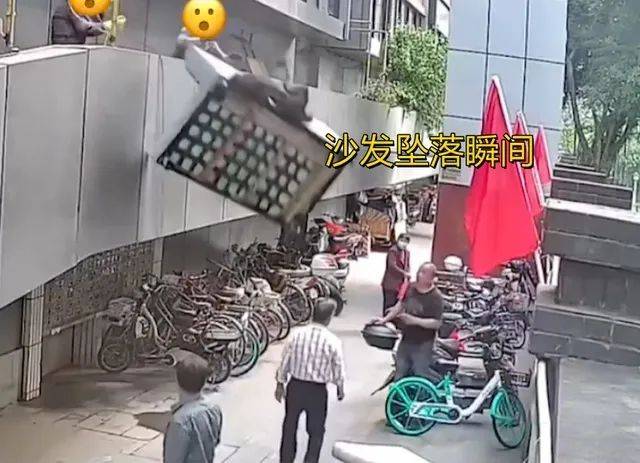 The moment the sofa falls

However, this result has not been supported by the Internet, on the contrary, there are many doubts. “Look, it’s a reconciliation again. Since the high-altitude throwing has already been sentenced, it should be true. Otherwise, those laws and regulations are left vacant, what is the use?” Certainly representative, indeed, in urban life, residential buildings are getting taller and taller, but the quality of the crowd has not improved with the rise of floors, leading to repeated violations of the safety of the people above their heads.

In order to curb and crack down on this kind of high-altitude throwing behavior, the latest amendment to the Criminal Law also specifically criminalizes “high-altitude throwing” and separately stipulates one of the elements of a certain crime as a crime. It came into effect on March 1 this year, stipulating: Throwing objects from buildings or other high altitudes, and the circumstances are serious, sentenced to fixed-term imprisonment of less than one year, criminal detention or surveillance, and a fine. In the subsequent judicial practice, a number of “high-altitude parabolic” cases were successively sentenced in various places, all of which were strictly dealt with. Some parties even just threw a beer bottle, a kitchen knife, and a computer display screen. Before they hurt anyone, they were held criminally responsible. Therefore, the doubts of netizens are not groundless.

It is precisely because of the difficulty that the responsible person is difficult to locate, the public’s hatred for these behaviors is often easy to vent in the high-altitude throwing incident with clear responsibilities. For example, this is a high-altitude parabolic behavior in a community in Fuzhou. Calls for imprisonment continued to hear, and one after another expressed opposition to the result of the reconciliation. This sentiment is understandable, but the law is the law. The punishment of “throwing objects at height” does illustrate the seriousness of this problem, but it is not that all behaviors of “throwing objects at height” will be punished after the punishment. 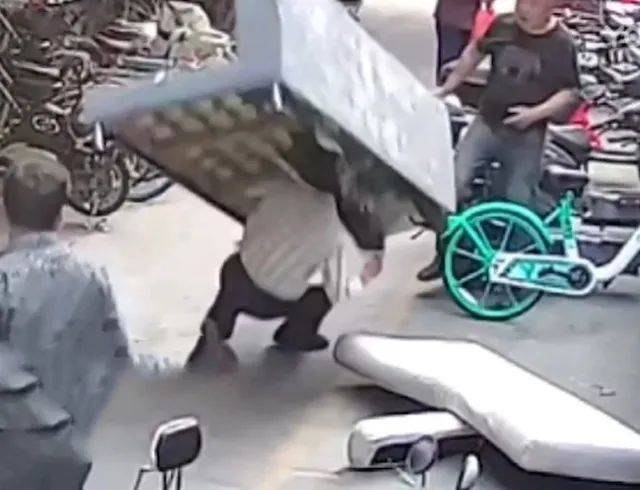 Regarding the behavior of throwing objects at high altitude, according to the severity of the circumstances and the degree of social harm, they are regulated separately by the Civil Code and the Criminal Law. According to the Criminal Law and the Supreme People’s Court’s Opinions on Properly Trial of Cases of Throwing Objects and Falling Objects from Heights in accordance with the law, whether such cases should be held criminally responsible should be based on the perpetrator’s subjective motives, the location of the thrown objects, the thrown objects, and the damage To grasp the consequences and other aspects.

Those “high-altitude throwing” cases that have been strictly handled, although some did not cause injury, are either more malignant in terms of subjective motives, or because of the higher level of implementation and the degree of harm, such as the first case of high-altitude throwing in Hainan. The suspect dropped a desktop computer monitor from the 16th floor; Ma Moumou, a 70-year-old hospital nurse in Wuyi, Zhejiang, threw a bottle from the 11th floor and was prosecuted for throwing objects at height; Jiangning, Nanjing, a woman threw it out of her home A kitchen knife almost hit a passerby. In these cases, either the floor is very high or the thrown objects are dangerous, which makes the hazards higher, and they are also considered as “serious circumstances” without causing serious consequences.

But in this incident, the parabolic place was not very crowded, and it was dropped from the second floor. Both the infringer and the victim could observe the surrounding environment. Throwing objects from a lower height on the second floor is generally unlikely to cause casualties, and the damage caused by objects thrown on higher floors is not the same. In addition. The perpetrator also does not have the plots of “repeated implementation” or “continue implementation after persuasion”, and the subjective malignancy is not serious.

At that time, the property staff were cleaning up the debris in the corridor and threw away the waste sofas. They were not “implemented in crowded places”, nor were they throwing “sharp objects, corrosives, poisons, high-temperature liquids” and other dangerous objects. The degree of danger was not Big. And the consequences are not “serious circumstances” in the sense of criminal law. Since it does not belong to the scope of criminal law, it naturally belongs to the field of civil law. The final settlement between the two parties is also in line with the legal principle of autonomy of civil activities.

It is true that everyone dislikes “throwing objects at high altitude”, but it is worth noting that the Criminal Law is not a panacea. Social governance and dispute settlement include civil law, administrative regulations, and moral rules in addition to criminal law. These methods are also effective governance measures. Obsessed with heavy punishments and habitual use of penalties, it is possible to achieve certain results, but the price paid for “killing chickens with a sledgehammer” is judicial resources and the legitimate rights and interests of citizens, which is not a permanent solution.

Originally, the United States and Japan want to fight a nuclear...

editor - April 20, 2021 0
Text/Yang ChenIt may not be so simple behind Japan’s discharge of nuclear sewage into the sea. Given that the United States has clearly stated...