Lovisa Lager thinks positively about her body and shines confidently in front of a fashion lens. 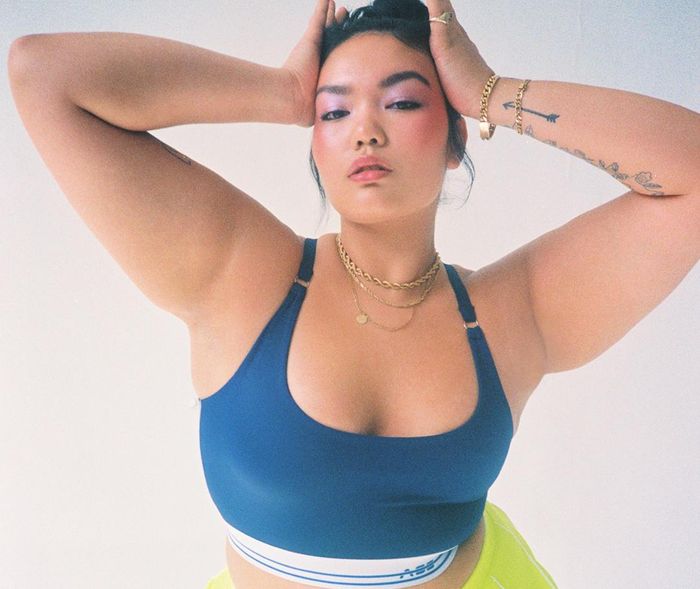 Slim model has been viewed as the standard of beauty for decades. Today, the fashion industry sees a variety of bodies through shows, magazine photos or advertising campaigns. Fendi, Versace selected oversized models like Ashley Graham, Precious Lee. This shows that the barrier between the oversized community and the luxury market is gradually being blurred. At the age of 21, Lovisa Lager contributes to breaking traditional beauty standards. She is determined to promote positive thoughts about her body. The female model started her career in 2017. She posted photos of herself on social media as a way to improve her confidence. Bring two Asian – European bloodlines Lovisa Lager was born and raised in Stockholm, Sweden. Her father is from Stockholm, while her mother is from Thailand. Lager is mature with strict views on beauty from two different cultures. The 21-year-old girl thinks that Asians value women with small bodies and smooth white skin. Lager broke that bar when he was 6 years old. At that time, she was taller than her mother. If society “brainwashed” you to think you were unattractive, convince yourself of the opposite. Lovisa Lager Lovisa Lager also feels that she does not belong to Sweden because she does not have white skin. “I am ‘fault’ Asian and I am also ‘fault’ Swedish. I used to feel stuck but now no more. I am just myself,” she said. Refinery29 . Lager is not having a very pleasant time while sitting in school. At the age of 9, she attended a school full of white students. After graduating from high school, social media became an important part of the model’s life. Lovisa Lager begins to find out who she is. A girl of Swedish descent meets people like her or grew up in a similar environment. “When you meet someone who understands you, they have the same feelings as you throughout life. That’s great,” says Lovisa Lager. 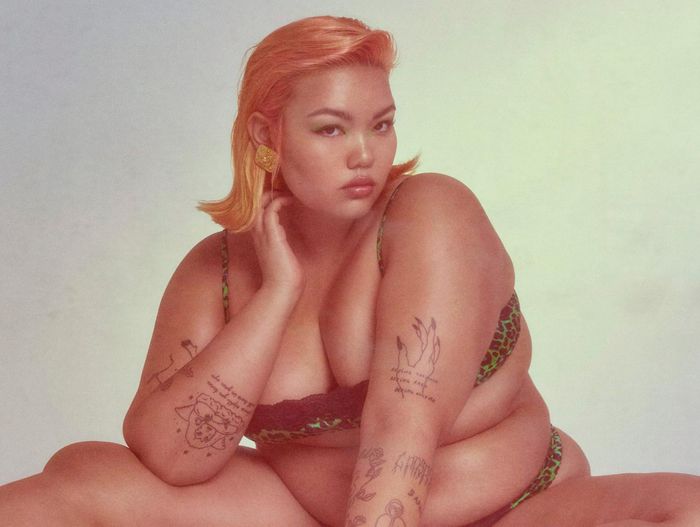 Lovisa Lager strives to break the standards of physique and beauty to make a mark in the fashion industry. Before sharing pictures on the internet, the female model did not see anyone like her. She has never seen any Asian oversized women in the media. Swedish-born long legs spread: “In the field of film, fashion, music or social networks, everyone is upholding the ideal of the same beauty. Asians with full curves still exist. but, they don’t exist in the fashion industry. With a large body and typical Asian features, Lovisa Lager does not belong to the standard model of many fashion houses. Going against the beauty standards of the fashion village Lovisa Lager never thought she would become a model. In 2017, the model management company IMM texted her about working with them. The model recalls: “At that time, I was not sure whether I should accept the invitation or not because I was young. I was only 17 years old and just finished studying at school”. After that, Lager decided to accept. The 21-year-old girl tried to normalize herself. Lager does not emphasize being Asian as well as being friendly with the body. The female model shared: “When I posted photos on social networks, my agency found me. Being a model made me feel comfortable with myself. It was an authenticity. Nothing. “It is wrong to look for the truth, as long as you are always honest with yourself. My mom is glad I found myself. My parents are proud of it.” 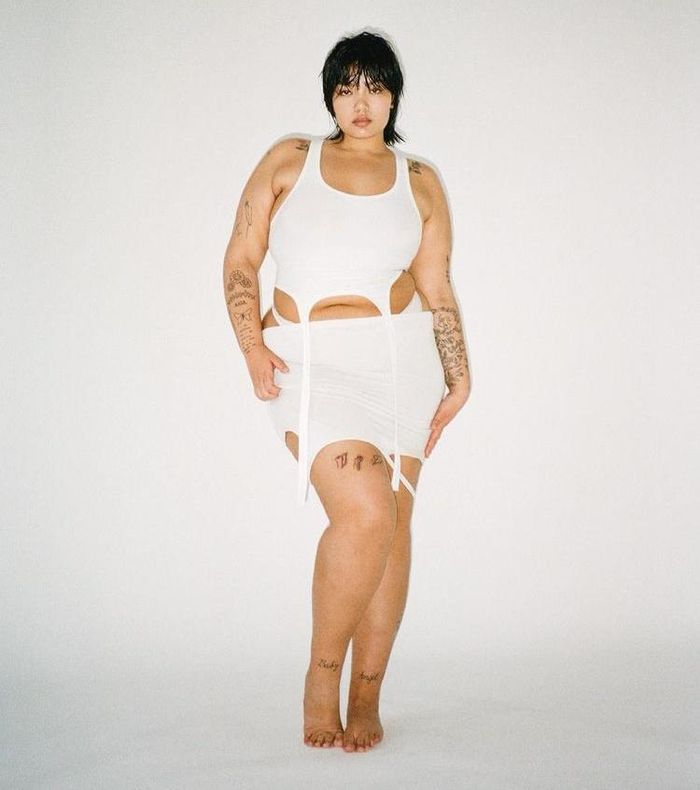 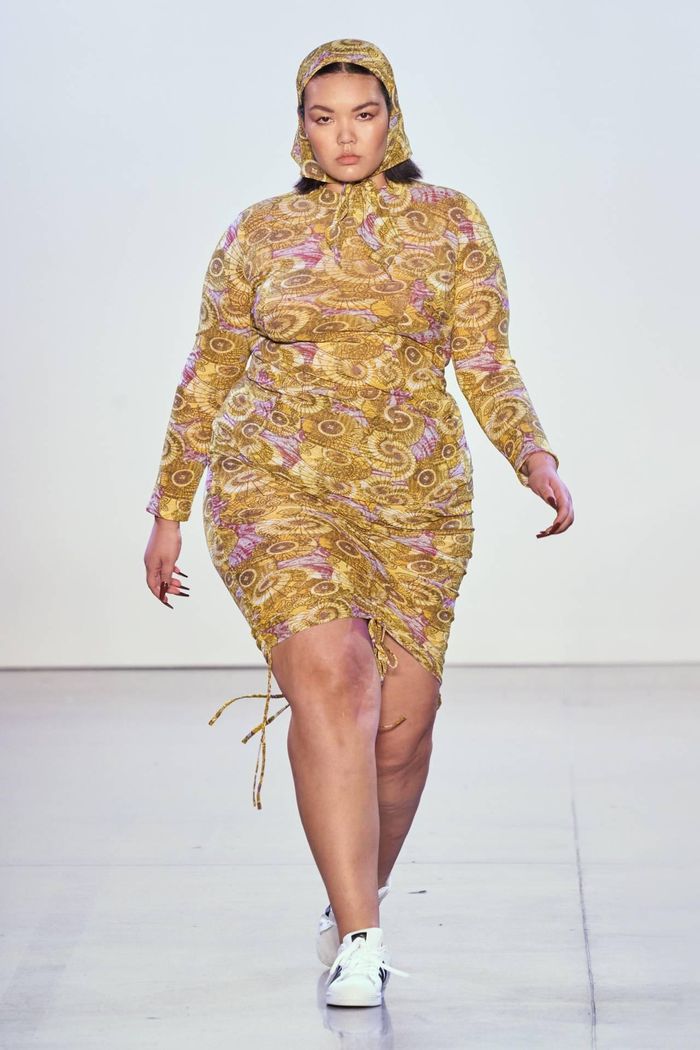 Swedish-born long legs think positively about himself to become confident. At the time a scout from IMM was contacted, Lovisa Lager thought it was like a joke. The female model said: “Coming from Sweden and carrying a big body, basically, I cannot become a model. If I have a photo shoot once a week, I will be very happy. I am fine with that. “I’m not too fussy when it comes to what types of shots I want because I just want to appear in front of the camera. I know how important diversity and representativeness is.” Confidence in body no matter what size it is Lovisa Lager argues that the term “plus-size” is discriminatory, because the word “model” is meant for those walking on the runway floor or posing in front of the camera. However, it doesn’t matter to her. I’m a model and that’s what I’m doing. Lovisa Lager “I don’t really think about it. I’m a model and that’s what I’m doing. I am full of a large size,” emphasized Lager. Before finding the fashion photographer’s passion in front of the camera, the 21-year-old once struggled with confidence. Female models understand that anyone can lack confidence, not simply a matter of weight. According to Lovisa Lager, outsized people often bring negative thoughts about themselves because of prejudices encouraged by society. Lager wants to create a connection between the concept of a positive body and a model with a full body. She wants to represent every physique through her work. Long-legged Swedish confided: “I have friends who are really skinny. However, they have had to go through a lot of negative thoughts, aversion to themselves. They told me that I helped them a lot with many ways. What am I doing “. In her spare time, Lovisa Lager needs to relax because she is constantly on the go and works hard. Female model hanging out with friends working in the music industry. In addition, she also likes to cook and enjoy food. Lager shared that her mother’s Thai food is the best. 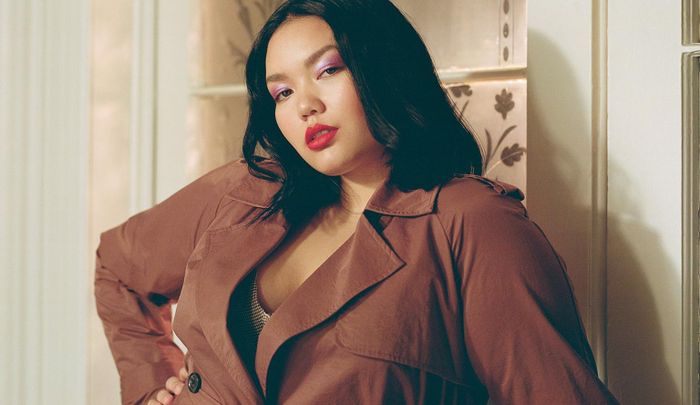 Lovisa Lager loves taking pictures and communicating with fashionable lenses. Being a model means regularly maintaining beautiful skin. Lovisa Lager says that it is essential to cleanse and moisturize the face. The female model said, “I use a micellar water cleanser and a deep cleansing cleanser. I also use a mild acid scrub on my face. In addition, I also moisturize my skin a lot. Winter in Sweden is really cold, the temperature drops about minus 10-20 degrees Celsius. So I use lotion as a night mask “. Lager favorite fashion sense is minimalism. She combines many different items and dresses according to preferences. “If I want to wear something classy, ​​I’ll go for office pants and blazers. I like to combine different styles. I can wear a girly shirt with baggy jeans or a sports pants. “. Besides modeling, Lovisa Lager also tried her hand in the fashion business. The long-legged Swedish origin focuses on the street style line. She pays special attention to t-shirts. Lager fashion products come in a variety of designs in all sizes, not just L or XL. “I want to target girls with the same size as me,” emphasized the female model. The tallest models on the catwalk Lingerie model Karlie Kloss, Caroline Trentini and many long legs impress by her outstanding height.

Thiên Minh - May 1, 2021 0
The female model wears a penetrating outfit, covering the sensitive point on her body with a dark cloth. On the evening of March 31,...