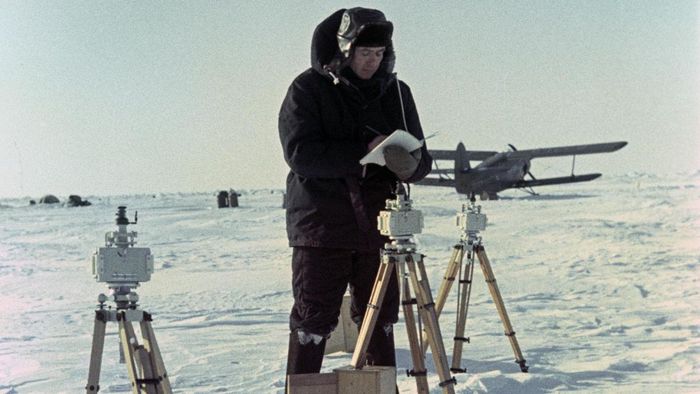 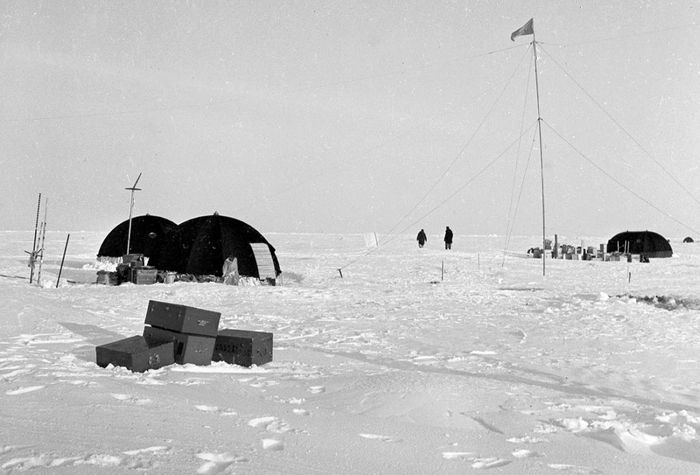 Station NP-9. Photo: Sputnik In the spring of 1962, about 970km from the Canadian Air Force base at Resolute Bay, another abandoned and floating research station – station NP-8 – was accidentally discovered. This is an opportunity America cannot afford to miss. Plan “Skyhook” Considering the fact that an icebreaker can’t make it through the dense ice in the area, a helicopter won’t be able to reach NP-8’s location and the plane’s landing on icebergs Floating is also too dangerous. So the US decided to drop the agents there by parachute. But the question then is how to bring those people back [máy bay]. In the end, the US decided to use the evacuation system that the CIA used in hostile lands, also known as the “Skyhook” – developed in the late 1950s. The plan required a balloon. Helium-inflated small, a 150-meter lift and a low-flying aircraft. When the balloon rises to the required height, agents “tethered” to the balloon by lifting ropes will wait on the ground. The approaching aircraft will use a special scraper or “horn” to pull the rope while releasing the balloon. The lifting rope is then automatically wound into the winch, lifting the agent onto the plane. What happened on the iceberg? Major James Smith, an experienced paratrooper and fluent Russian, and his colleague Captain Leonard A. LeSchack, an expert in submarine surveillance systems, had three days to review everything at the research station. . A few boxes of essential equipment were dropped onto the iceberg with the agents. 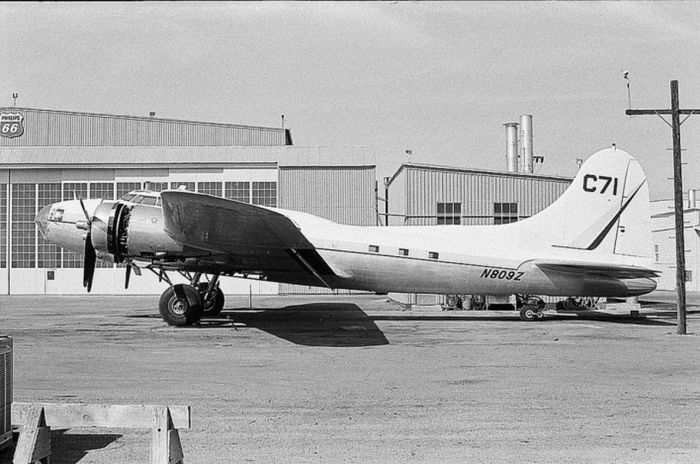 American B-17 bomber. Photo: Uli Elch (CC BY-SA 4.0) As the US predicted, the Soviet scientists left NP-8 station in a hurry without having time to bring all the equipment. Agents discovered more than 80 documents, collected debris from equipment left behind by the Soviet Union, took about 100 photos. By the time the plane returned to pick them up, the weather in the research station area had turned severely bad. Visibility is reduced and wind is very strong. “I was immediately in a situation that one would imagine was flying into space,” recalls Connie W. Seigrist, the pilot of the plane that arrived to pick up the agents. The “trophies” collected by the agents were easily loaded onto the plane using the Skyhook without any problems, but getting the agents on board was a difficult task. The wind caused LeSchack to be dragged nearly 100 meters until the agent tried to cling to a block of ice. Even after the plane picked up the lifting rope, LeSchack still spent up to 10 minutes “hanging” in the air in cold weather before boarding. After seeing what happened to his colleague, Smith released his balloon and held on to a Soviet tractor left beside the research station for as long as possible. In the end, Smith was lifted without any particular difficulty. “Enjoy your time. This is the first time I’ve been able to relax in about a week,” Smith joked to the pilots after being loaded onto the plane. As a result of Operation Coldfeet, the Americans discovered that the Soviet Union had made significant advances in the field of polar meteorology and polar oceanography. In addition, the US also obtained evidence that the Soviet Union used sonar equipment of US submarines in the Arctic. “Overall, the Soviet Union’s remarkable achievements in drifting stations show that they have a long experience in this field and that these research stations themselves are also very important to the Soviet government.” , the commander of the operation, Colonel John Cadwalader said.

Fragments of China’s Truong Chinh rocket will fall to Earth this...

editor - May 9, 2021 0
The world news agencies have recently simultaneously reported that the fragment of the Chinese Truong Chinh 5B missile will fall to Earth this weekend. ...