The street that is already in the body / Every old street is a dug blood vessel / The old street of lights is a star night… (Nguyen Hoi Thu)
A few times passing Kieu Bridge, I wonder where the birth house of Hong Phuc, where I was born, was near this bridge? Ask my mother, she also doesn’t remember because she gave birth to eight children, can’t remember all the birth houses in the past.

On that occasion, my father said that in the past, the Kieu bridge was called Cho Moi bridge by the elderly because it was located near Xa Tai market (now Phu Nhuan market) when it was newly built. At first, the bridge was built with a wooden plank, but after it was dry, the hammer could not cut it, and it was lined with clams that were also very durable. The planks for the bridge were removed by the French from an old bridge on Kinh Tau Hu, Cho Lon. At the beginning of the twentieth century, the bridge was replaced by iron ribs, boarded and named Paul Blanchy Bridge after the street name at that time. Because it is difficult to name, people still use the name of Kieu bridge to this day, because there is a hamlet growing palanquin, about the location of Tan Dinh market today. When I was young, the name Cho Moi or Xa Tai market was no longer called. This 200-year-old old market has only a few traces of the old days when standing from the outside looking at the market on the right, you can also see a corner of the old tiled roofs of rows of low-roofed houses, round arches, semi-circular doors are the entrance to the market. architecture before the French arrived. The most memorable road in a person’s life is the way to elementary school. Vo Di Nguy Street, now Phan Dinh Phung Street, is part of my way to school. The Kieu Bridge is where it begins. 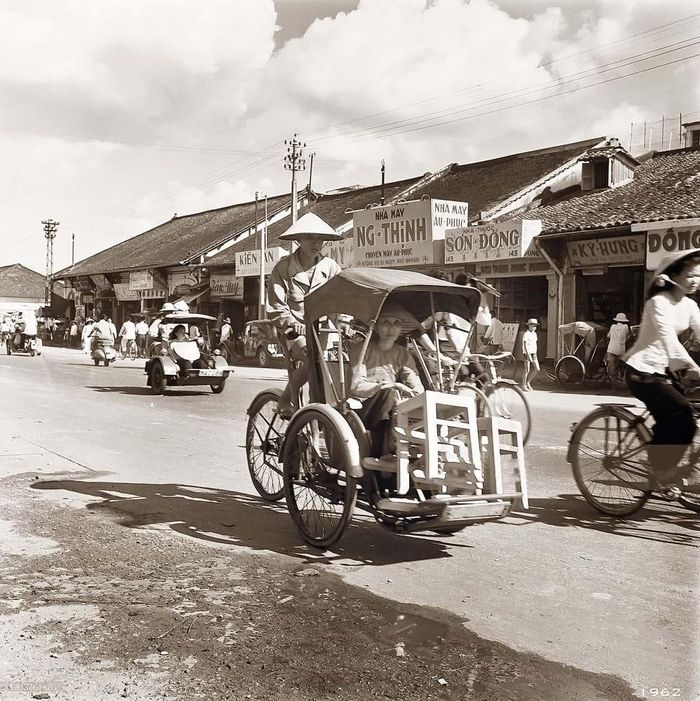 Which nearly 1,500-year-old ‘palace’ has ever been abandoned underwater?