Home Beauty Fashion Why are men in Korean showbiz more and more feminine?

In the Korean entertainment market, a large percentage of male stars have a habit of makeup and facial care. In particular, singers like to wear feminine clothes and accessories.
Korea has strict beauty standards, not only for women but also for men, especially singers and actors. Men with a small face, V-line, high nose, big eyes with tall physique, 6-pack abs are most often liked. 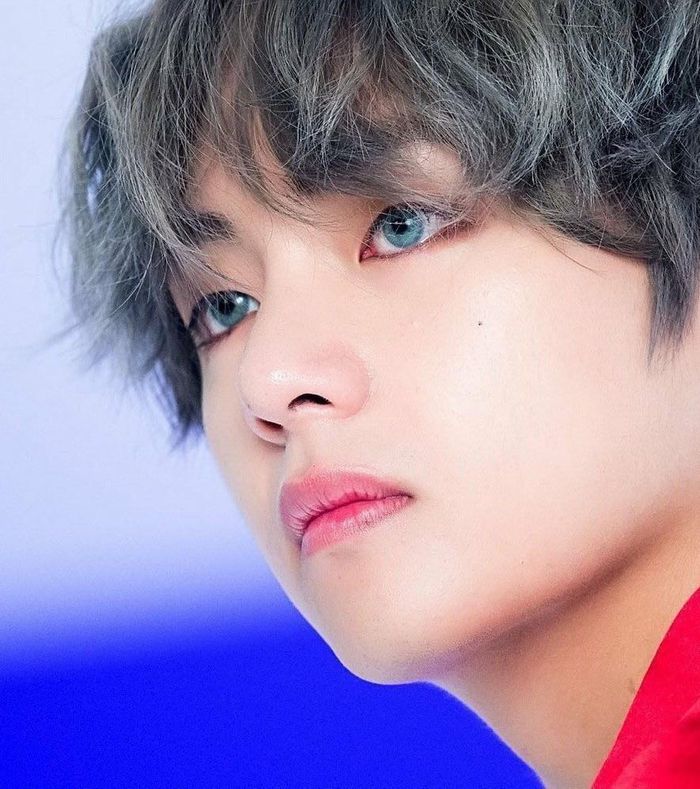 Therefore, PSY constantly praised Song Joong Ki’s small face when he first met or Seo Kang Joon was chosen by Korean men as a model of plastic surgery. Seo Kang Joon has a slim face, monolid eyes but big round, wet with a rare light brown color, a bright, friendly smile. Male idols in Korea are especially fond of makeup, although this issue is controversial many times. The audience thinks that they are more and more feminine and trendy. Men’s beauty standards change Posts on Allure At the end of 2020, the image of K-pop star Yang Joon Il performed on stage with a sleeveless black jumpsuit, oversized shirt, printed with motifs. The 22-year-old singer danced freely, tossing his felt hat over his head and quickly grabbing the microphone. With white skin, small face, fragile beauty, Yang Joon Il shines on stage. But it was 1991. Yang Joon Il’s ostentatious and outward beauty caused outrage, the audience booed. Some even threw food at him. An article by The Korea Times said, “Yang Joon Il is hated by many people because of his unusual appearance and song. Yang Joon Il’s feminine aesthetic and style are so controversial that, the male singer said he was denied visa extension by the government. In the end, his career came to an end.” Nearly three decades later, Korea has changed. This place becomes the focus of beauty and men in general, Kpop idols are “loyal” to cosmetics. According to the results of Mintel’s report in 2017, Korea consumes 13 billion USD of cosmetics annually. 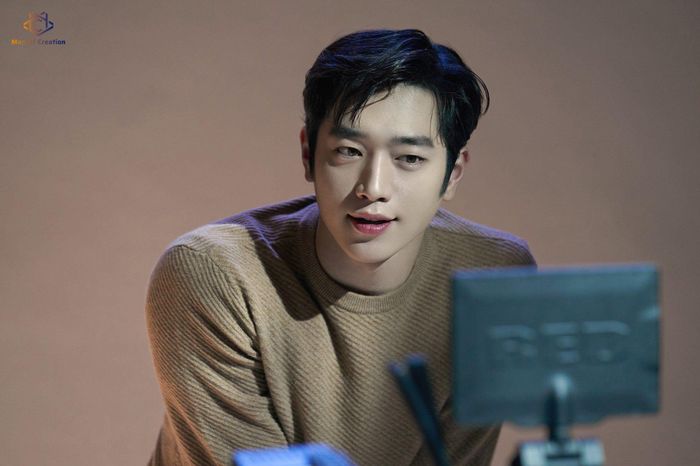 Seo Kang Joon’s face matches Korean male beauty standards. About three-quarters of South Korean men perform beauty or grooming treatments (from salon hair care to at-home facials) at least once a week, according to a GlobalData survey. This number is even higher for Generation Z. 58% of those born after 2000 say they pamper themselves with beauty treatments or at least a long-term care regimen. once per week. Over the past decade, Korean men have become the world’s top spenders on skin care. The number of Korean men taking care of their faces increased by 44% between 2011 and 2017. According to Roald Maliangkay, director of the Korea Institute at the Australian National University, this phenomenon can be partly explained by the influence of K-pop. “I’m impressed by a lot of young Korean men who are emulating the typical male idol looks,” Roald Maliangkay told. Allure after a visit to the downtown area of ​​Seoul. “I see many men in short clothes with perfectly groomed, light-dyed hair, monolids (due to plastic surgery). I even noticed a few people wearing light makeup,” he said. continue talking. According to James Turnbull, a writer and lecturer in the city of Busan, in addition to the influence of celebrities, the fact that Korean men care about their appearance can also stem from competitive pressure in the harsh job market. “In this harsh environment, all men in their 20s and 30s want to improve their ‘stats’ with degrees, courses, internships, English proficiency and even looks. Korean companies often ask candidates to take photos in their resumes,” said James Turnbull. 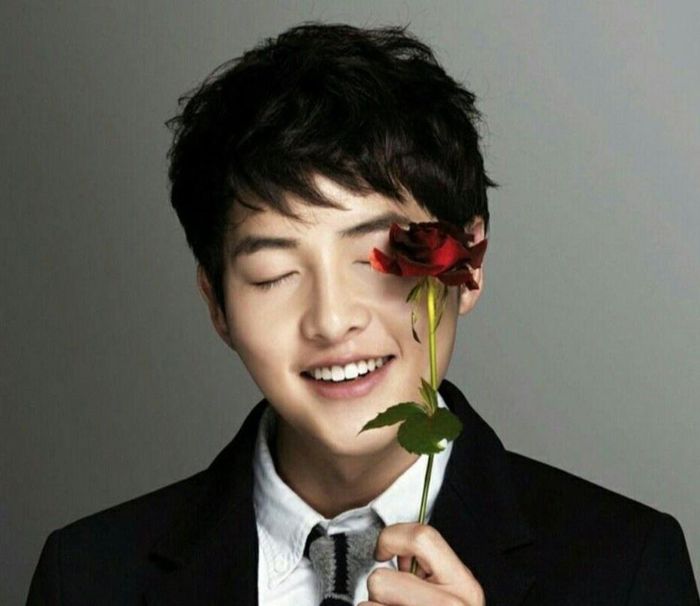 Song Joong Ki is loved for his small face. Makeup culture is different from world male stars James Turnbull pointed out that the job market of the entertainment industry is even more fierce than many other professions. When singers, actors, especially idols, not only live by talent but appearance is also important, so makeup has also become more popular. Kim Young Hu – a music producer who used to work with SM Entertainment and composed songs for f(x), SHINee – shared with Allure 1990s was the beginning of visual beauty in Kpop. There, teen boy bands started to apply makeup but did not focus on building their own style as today. Kim Young Hu emphasized today, beauty is a requirement. Most boy groups are carefully selected by management companies from their looks, talents to fashion styles. Each boy group usually has members who take on the role of visual (the most handsome in the group). Of course, they are usually people who fit Korea’s strict beauty standards, such as white skin, small faces, balanced facial features with a V-shaped jaw, big double eyelids, and bridge of the nose. tall and straight eyebrows… Such singers often stand in the most prominent center position in the performance, advertising image or when participating in an event with a group. They are also the ones most promoted by the entertainment company as if they were the face of the group. Yang Huiyeon, a makeup artist for K-pop idol groups like Pentagon, agrees. She explained, “Thanks to the growth of the Internet and the advent of video formats, K-pop stars have to put more effort into aesthetics. Men realize that if they start wearing makeup, they will look more dashing and confident.” Kevin Woo – a former member of the second generation idol group U-KISS – said that he suffered from culture shock when he traveled from San Francisco to Seoul in 2008. He first saw men using BB cream (PV) : BB cream stands for Blemish Balm, often used instead of foundation in the makeup process). 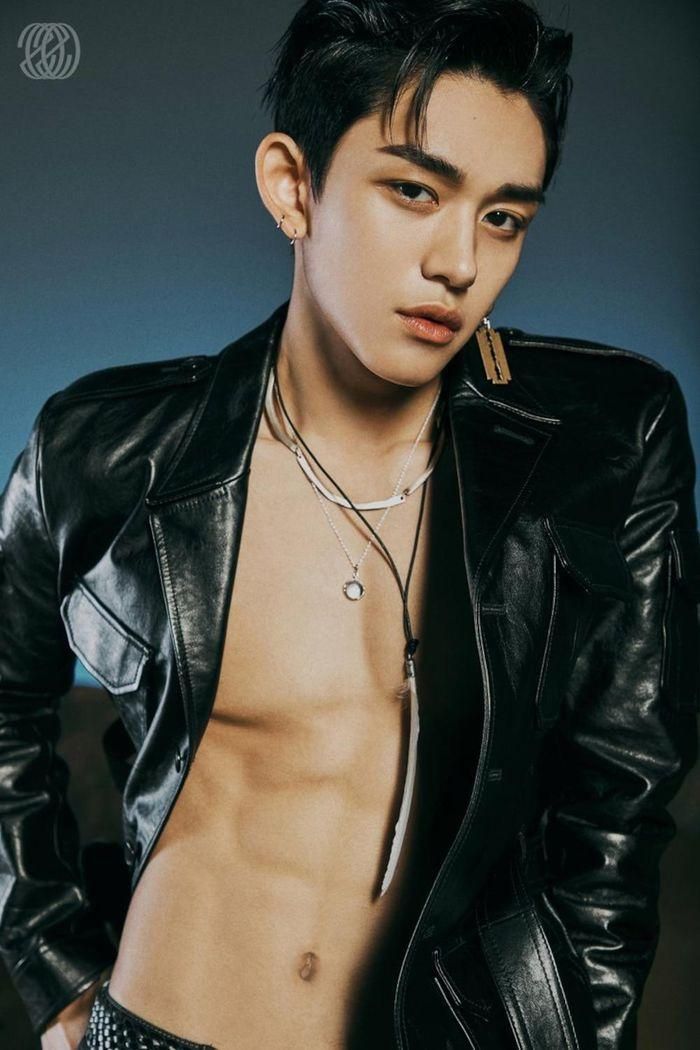 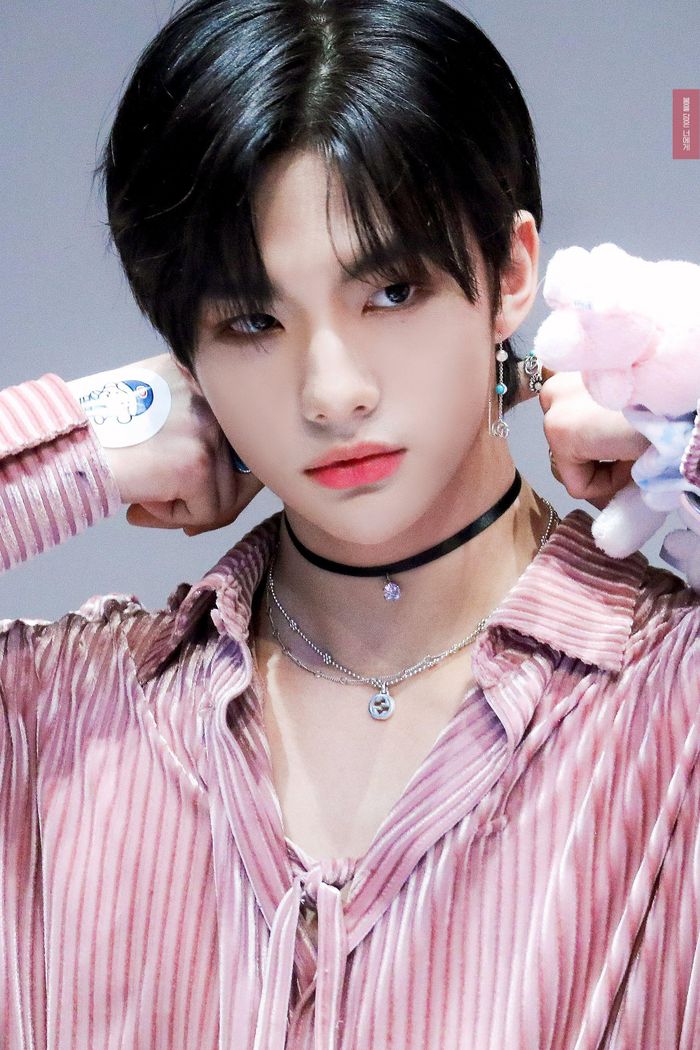 Kpop prefers male idols with small faces. “I was confused by how Koreans define masculinity. I remember growing up in America, most male TV stars were very masculine, muscular, and bearded. Korean male stars are almost the opposite. The ideal Korean man is more feminine, has a slim body and wears makeup,” he said. Kevin Woo describes him and the U-KISS members as always wearing heavy makeup, thick foundation, and eyeliner. “When we first debuted, the group’s outfits were flashy. We wore a lot of accessories and the members sometimes looked like they came out of an anime. The trend now is for idols to look like one. the ideal boyfriend that fans want to date,” Kevin expressed. According to Kevin Woo, male singers are now often loved for their bright, delicate, youthful appearance and the highlight is plump, shiny skin. That concept has now spread throughout the Korean entertainment market. The members of BTS are a prime example of not being shy about bright eyeshadow makeup, pastel hairdos, and skin care. “Makeup is not just for women. Men can also feel more masculine in their own right when it comes to makeup. With K-pop becoming a global focus, male singers are really changing the world’s view of men’s makeup. I am very proud to be a part of them,” said Kevin Woo.

Miss Do Thi Ha revealed the reason for less shopping for...

Sơn Vũ - June 5, 2021 0
While many Misses and runner-ups often shop for luxury brands after being famous, Do Thi Ha is still quite simple, branded clothes can only...