Sony Xperia 1 Mark III is sold by some portable stores for 30 million dong, while genuine goods are not yet available on shelves.
This series of products are brought back from the Chinese market. It is also the only place in the world where the Xperia 1 III is available. According to a store in Hanoi, the product is currently “portable” in small quantities and is out of stock. Users who want to buy need to pre-order and receive the device after about 2 days.

The version sold in China is similar to the international version, which can be used with a sim card for immediate use. In the box there is a 30 Watt charger, a USB-C cable, but no headphones. 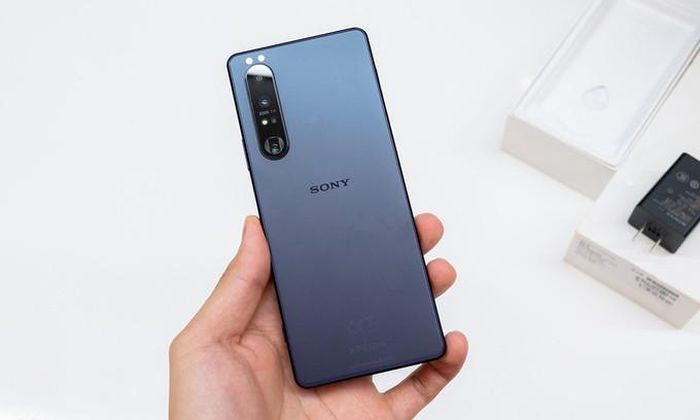 Xperia 1 Mark III portable from China, sold for 30 million VND in Vietnam. Photo: Ngoc Dung Xperia 1 III was launched by Sony in April. This year the product was first sold in the Chinese market on June 1, instead of Japan. After only 10 days, the first machines were brought to Vietnam. In China, Xperia 1 III entered the Top 10 best-selling high-end smartphones after a day of launch. Compared to the previous generation, Xperia 1 III has not much difference in appearance. The device is still equipped with a 6.5-inch OLED screen, 4K resolution, 120Hz refresh rate and 21: 9 screen ratio. The product uses Snapdragon 888 chip, 12GB RAM, 4,500mAh battery and still maintains a 3.5mm headphone port. The device’s three-camera system provides four focal lengths, one of which is capable of switching between 70mm and 135mm focal lengths (FullFrame standard). The ability to capture 20 frames per second, focus and eye detection, including animal eyes, from high-end cameras is also included on the Xperia 1 III. In Vietnam, many leaked sources said that genuine products could be launched in July, but the expected price is unknown. With a portable price of about VND 30 million, Xperia 1 III is one of the highest priced portable smartphones on the market, equivalent to iPhone 12 Pro Max 256 GB.