Around the world there are thousands of sculptures, some of which are the most famous, impressing with their unique creativity and enormous size. 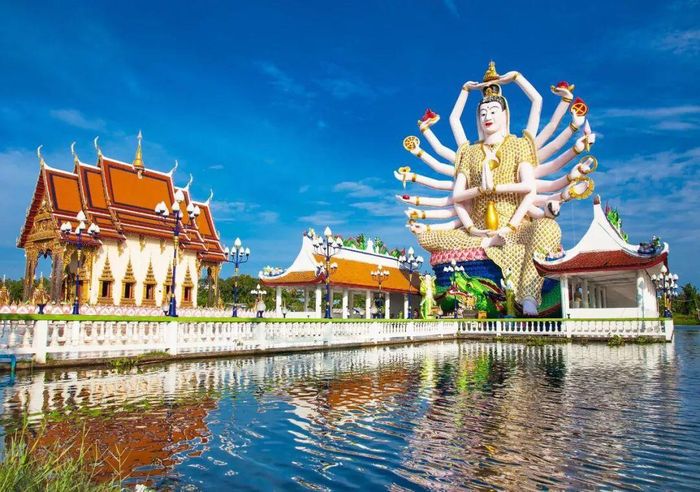 Wat Plai Laem, Koh Samui, Surat Thani, Thailand: Located on the tourist island of Koh Samui in Thailand, Wat Plai Laem is a temple dedicated to the Goddess of Mercy. The famous image of the temple is the 20 m high white statue of Guan Yin, with 18 arms, located in the center of the temple courtyard. Unlike many other Buddhist places of worship, Wat Plai Laem is a modern temple. However, the techniques used to build the temple date back many centuries and are based on ancient beliefs. Image: Alexander Todorovic. 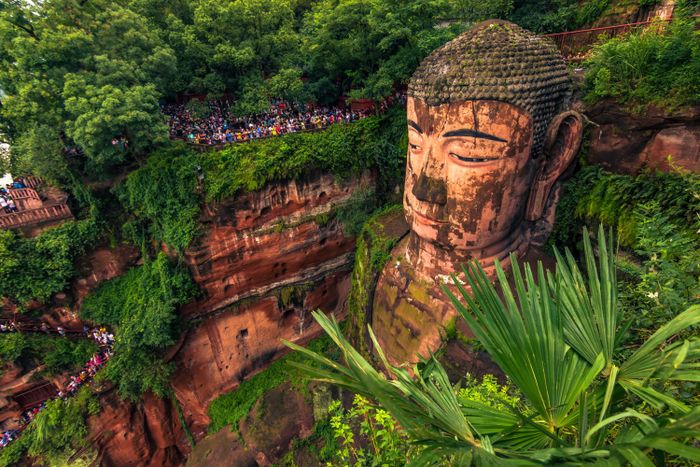 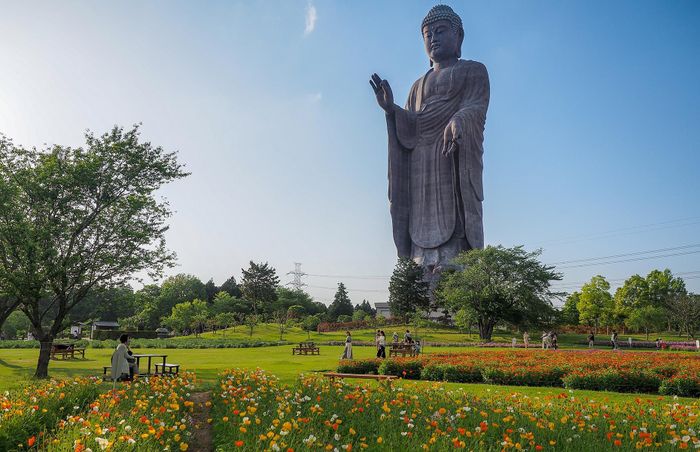 Ushiku Daibutsu, Ibaraki, Japan: The tallest statue in the world from 1993 to 2002, Ushiku Daibutsu has a total height of 120 m, including the base and the lotus. The building has an observation deck and the other three floors act as a museum. The bronze statue of Ushiku Daibutsu was built to commemorate the birthday of the monk Shinran, who founded Jōdo Shinshū, the branch of Buddhism that flourished in Japan. Image: Eedology. 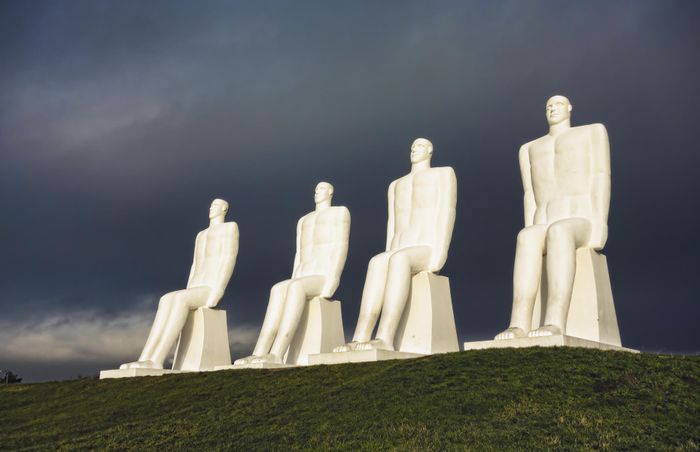 Man Meets the Sea, Esbjerg, Denmark: Visitors to Esbjerg by sea will be greeted by four monumental 8.2-meter-tall statues made of white concrete called Man Meets the Sea. The work was published in 1995, the 100th anniversary of Esbjerg as an independent municipality. Image: Frank Bach. 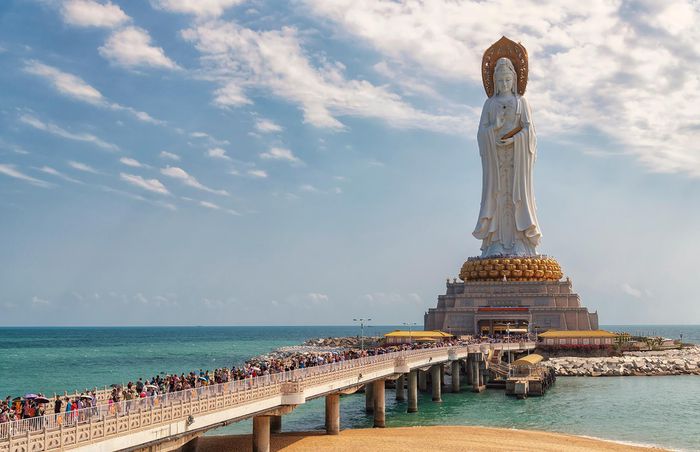 Guanyin of Nanshan, Sanya, Hainan Island, China: The world’s tallest statue of Guanyin 108 m has 3 sides, one facing the mainland and the other 2 facing the East Sea. The statue took 6 years to build and was decorated in 2005, with the participation of 108 monks and pilgrims. Image: Pisit Rapitpunt. 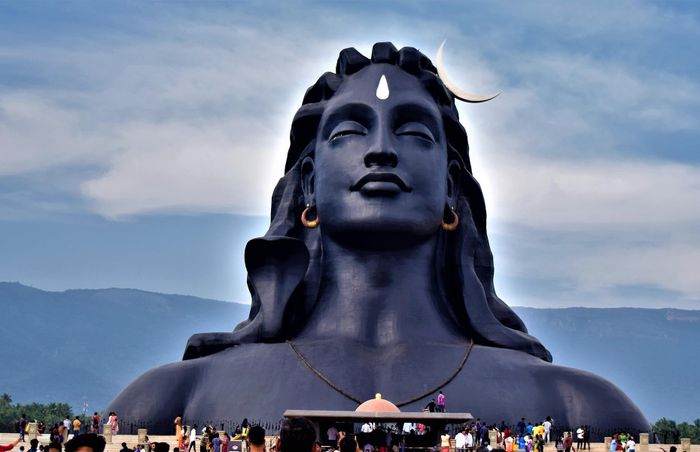 Adiyogi Shiva, Booluvampatti, India: The 34-meter-tall statue of the Hindu god Shiva has been recognized by the Guinness World Records as the world’s largest bust sculpture. Located in the Indian state of Tamil Nadu, the work aims to inspire and promote yoga. The statue’s name Adiyogi means first yogi, because Shiva is known to be the originator of yoga. Image: Creativecouplestudio. 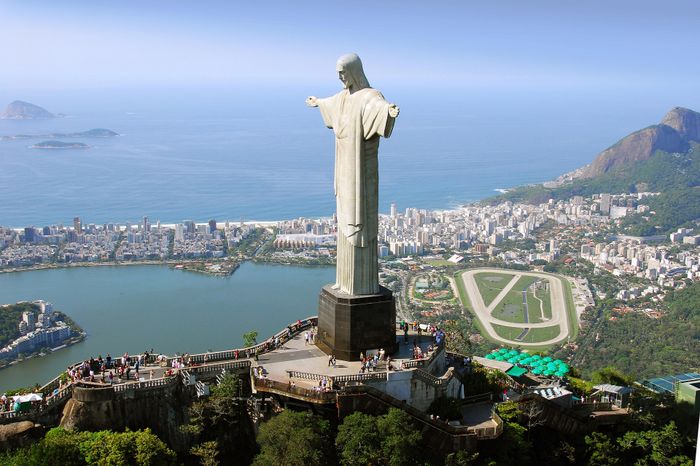 Statue of Christ the Redeemer, Rio de Janeiro, Brazil: As one of the most famous statues in the world, the Christ the Redeemer statue welcomes around 2 million visitors each year. Perched atop Corcovado mountain in Rio de Janeiro, the reinforced concrete statue is 30 meters tall with outstretched arms 28 meters long. Called Cristo Redentor in Portuguese, the statue was completed in 1931 and is the largest Art Deco sculpture in the world. Image: CVC Viagens. 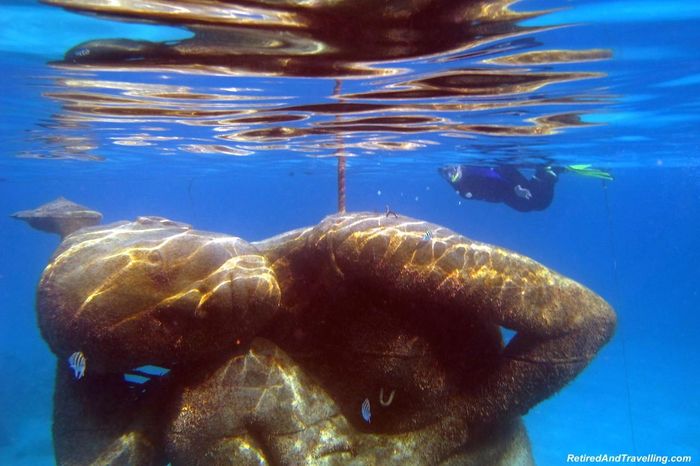 Ocean Atlas, Nassau, Bahamas: Located off the coast of Nassau in the Bahamas, the Ocean Atlas is the largest underwater sculpture in the world. The statue’s creator is artist, diver and naturalist Jason deCaires Taylor. The statue has a height of about 5.49 m, weighs 60 tons, is made of special pH neutral cement, which allows coral reefs to grow on the surface. Image: Retired And Traveling. 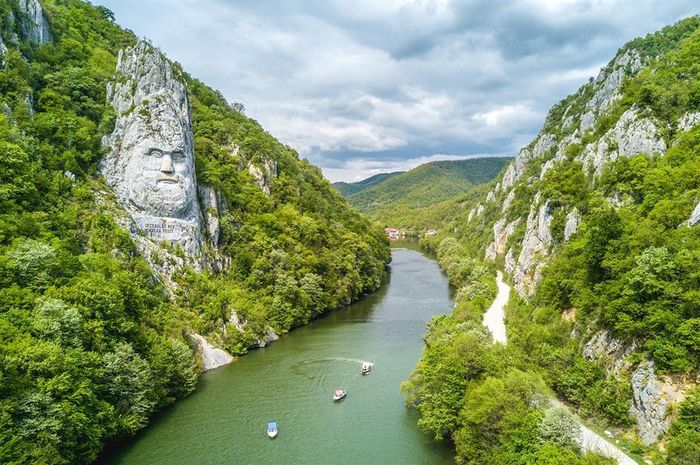 Decebalus stone sculpture, Orsova, Romania: Decebalus is located in the Danube region on the border between Romania and Serbia. This portrait of the last Dacian king is the largest stone sculpture in Europe. 55 m high and 25 m wide, the work is larger than the Statues of Liberty (New York, USA) and Christ the Redeemer (Rio de Janeiro, Brazil). Image: Calin Stan.

Not far from Chengdu, next to Jiuzhaigou, a new “Daocheng Yading”...