In the history of the fashion village, many times, designers let models ‘let loose’ on the catwalk to convey a more meaningful message about fashion.
In recent years, people have mentioned a lot about the phrase “liberate the body”, along with the strong development of movements that help instill confidence in women of all sizes and weight. The traditional standards are “set aside”, instead promoting the dignity and individuality.

In reality, however, the fashion industry paved the way for naturalism for decades. Recently, the US fashion magazine L’Officiel has compiled 12 “topless” moments that make history on the catwalk. 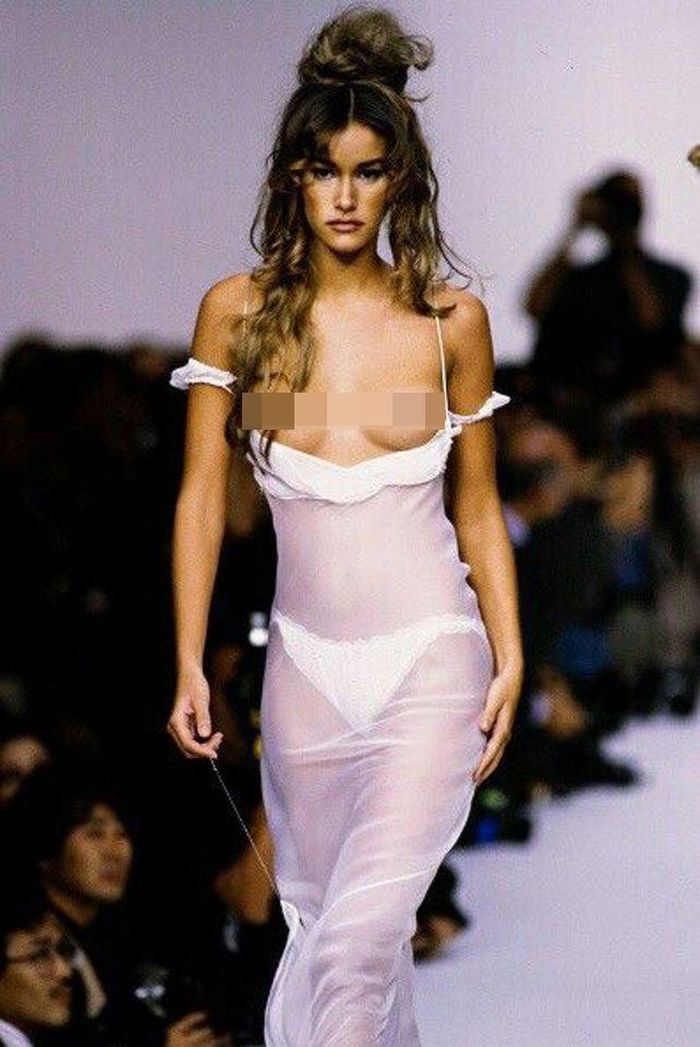 Known for his bold fashion choices, John Galliano presented a revealing but “beautiful as an angel” design in the Spring / Summer 1992 collection. 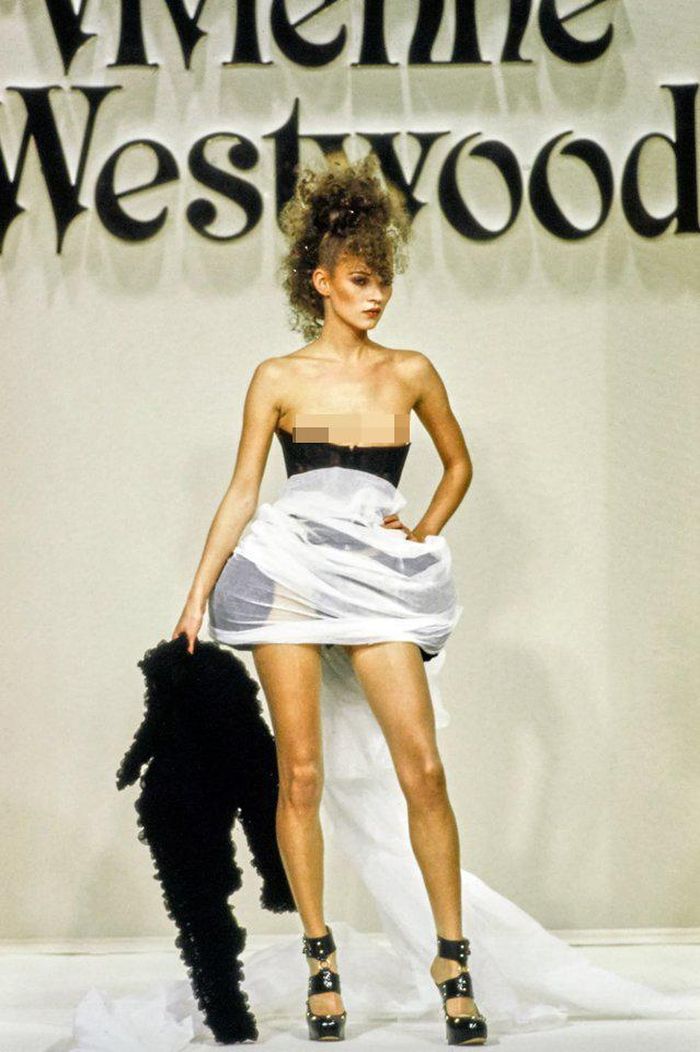 Kate Moss left a strong impression when completely exposing the first round in the Fall / Winter 1994 show by designer Vivienne Westwood. 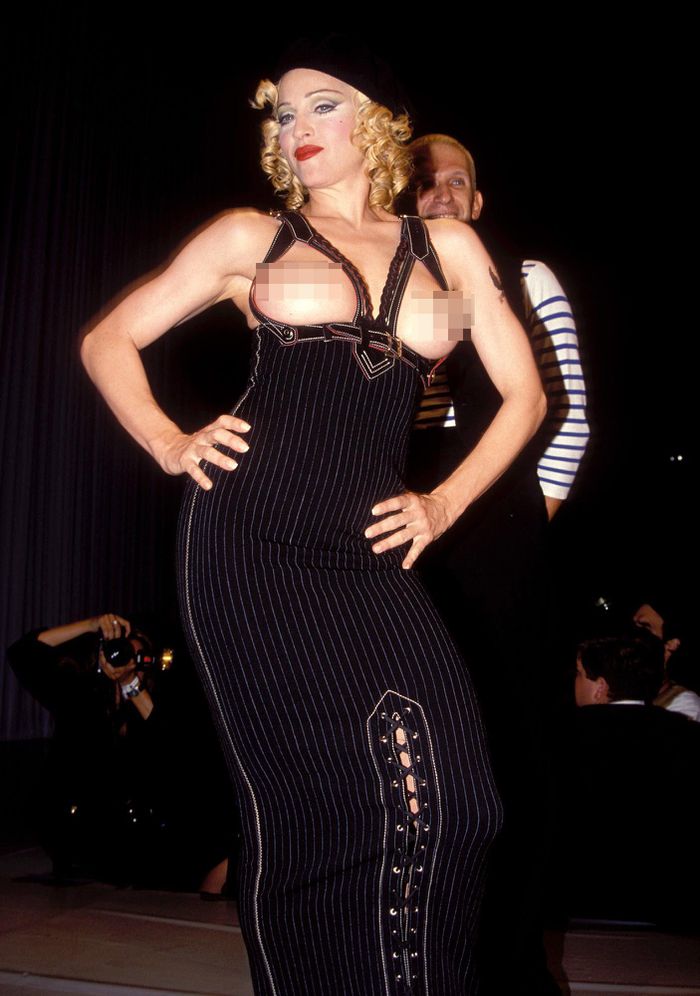 At the fashion charity show of Jean Paul Gautier in 1992, Madonna made the audience “burst” when removing her jacket, leaving her “lack” of fabric in her chest. 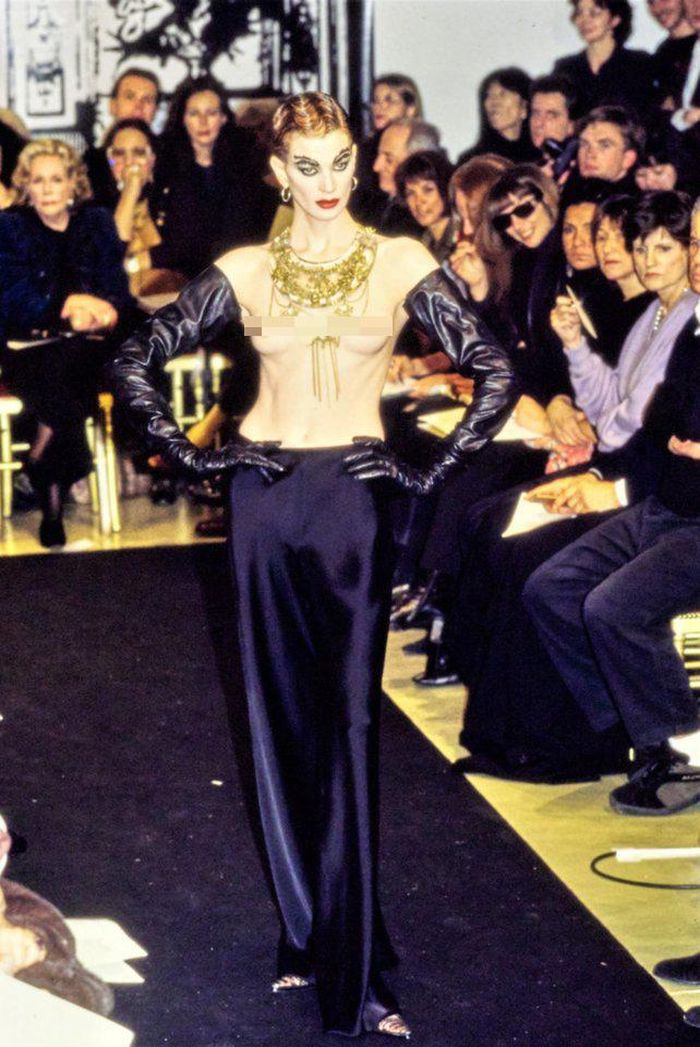 French fashion designer Jean Paul Gautier continued to cause “storms” at the Spring / Summer 1997 show with a design consisting of only long skirts and leather gloves, and a sophisticated gold necklace, making the model semi-nude on the floor. catwalk. 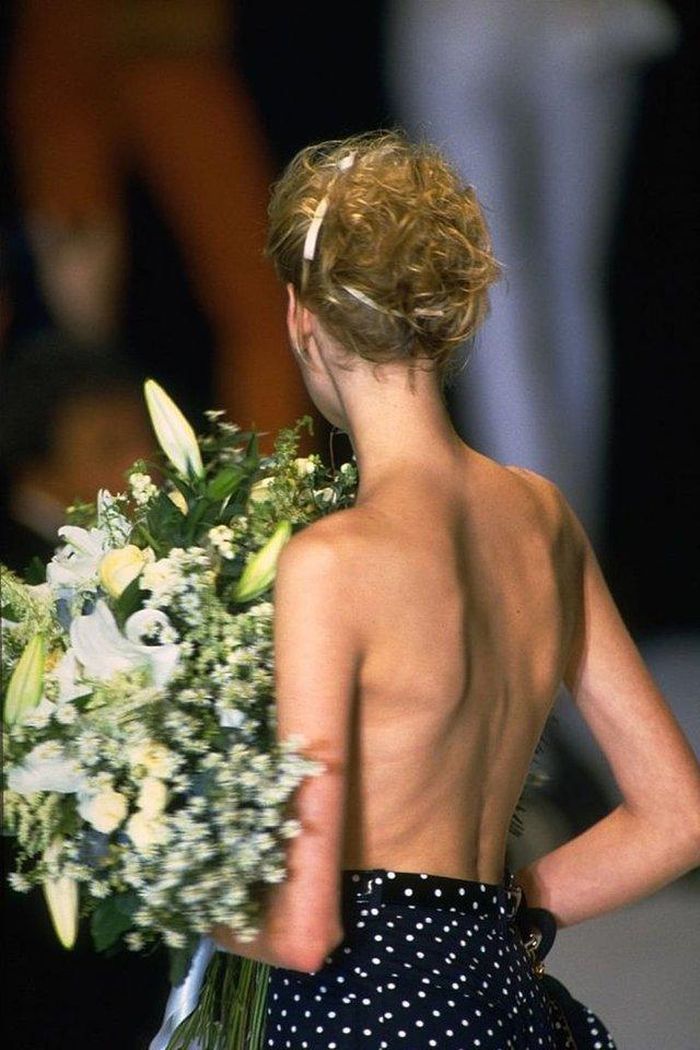 In the 1997 Christian Dior Spring / Summer 1997 collection by designer John Galliano, a model used large bouquets of flowers instead of a hoodie. 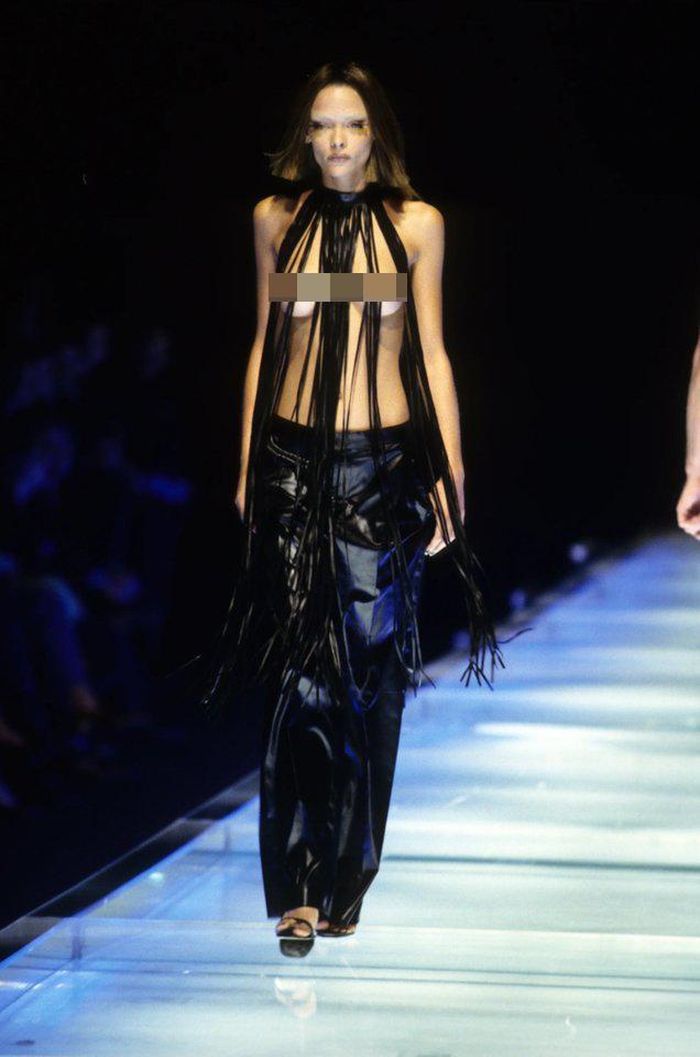 Model Lily McMenamy covered one with her hand in the Fall / Winter 2013 collection by Marc Jacobs. 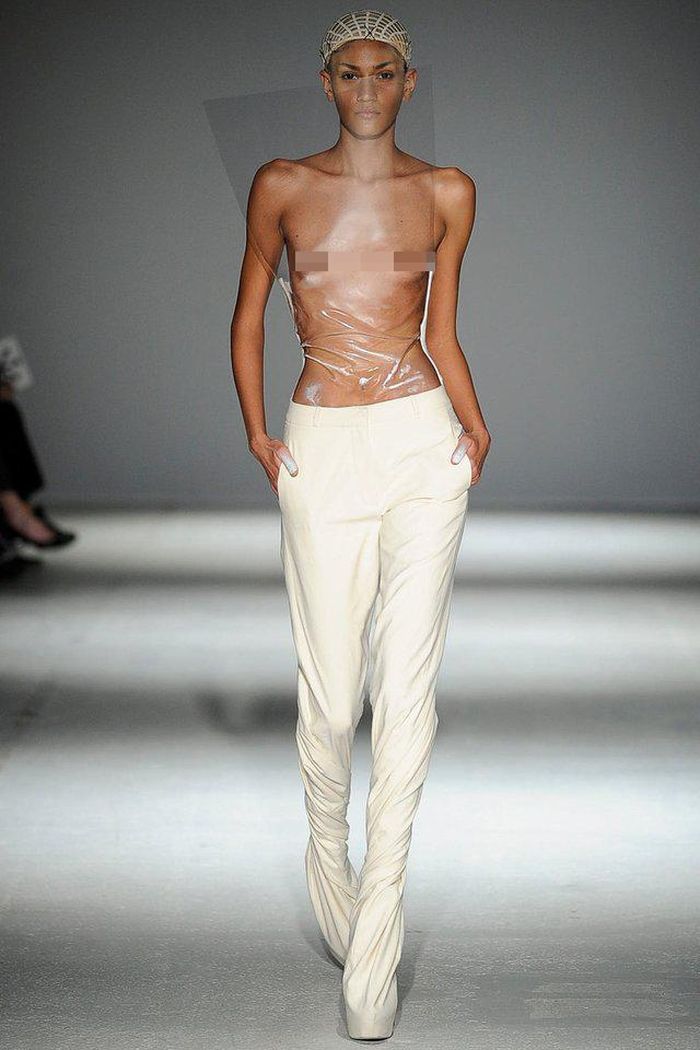 The design in Gareth Pugh’s Fall / Winter 2014 collection uses a transparent plastic sheet instead of the shirt. 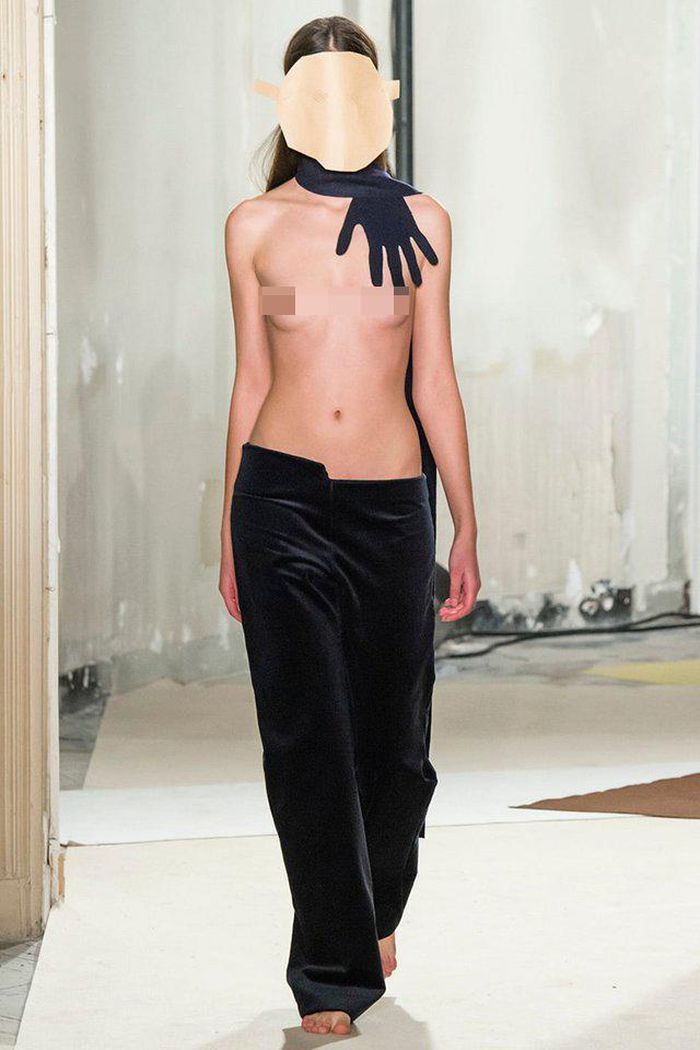 In the Fall / Winter 2015 show with the surreal style of Jacquemus, a design consists of only pants and strange accessories. 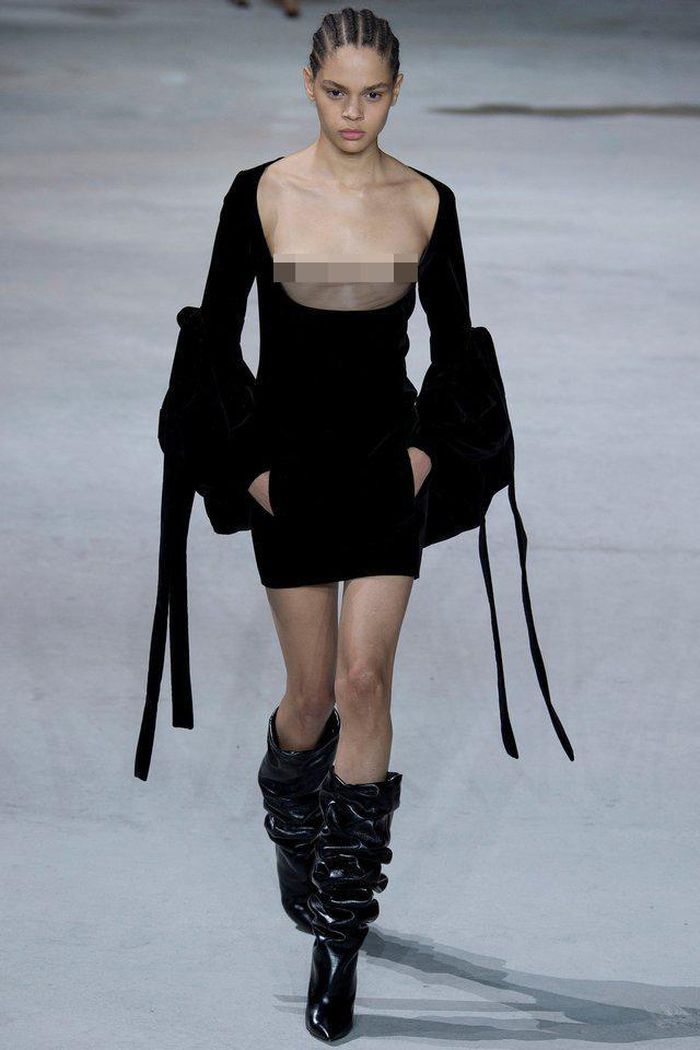 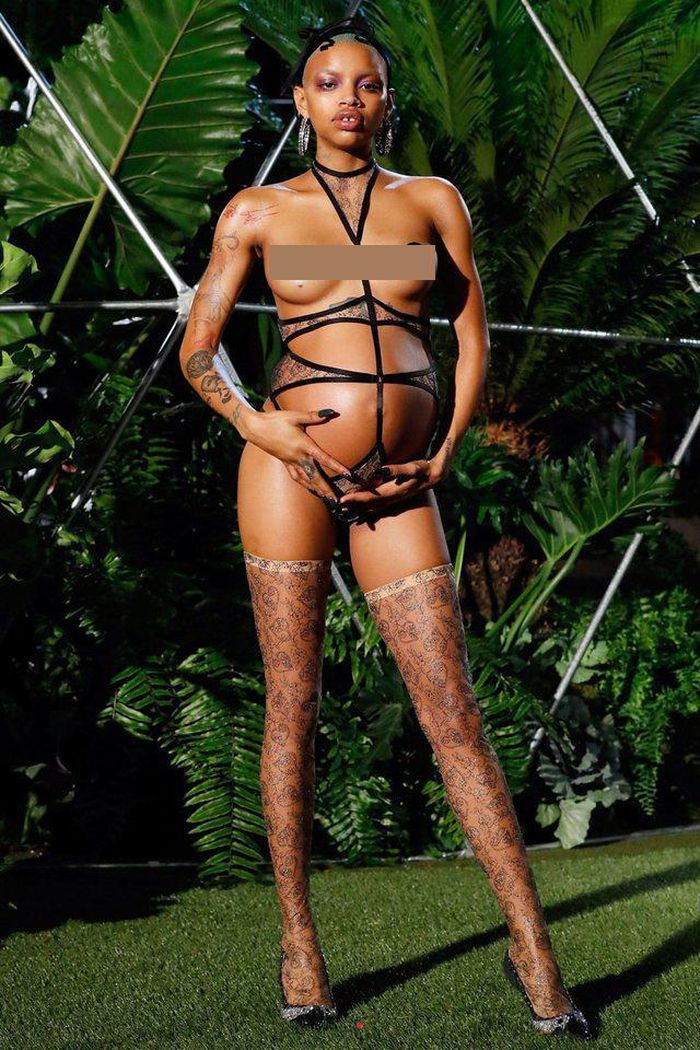