Home Tech After the painful period of “de-milletization”, can Huami Technology stand on its...

It has been more than five years since Huami Technology launched its first independent brand, Amazfit.

But now the market is mostly full of reports that “Huami is difficult to be independent”, “It is still a Xiaomi foundry company”, and “revenues are highly dependent on Xiaomi”. How to “de-Xiaomiization” has become a difficulty that Huami Technology cannot bypass.

However, in the first quarter of this year, Huami Technology’s own brand revenue increased by 84.4%, and the revenue contributed by Xiaomi products decreased by 39.9% year-on-year compared with last year. The road to milletization seems to have improved slightly. 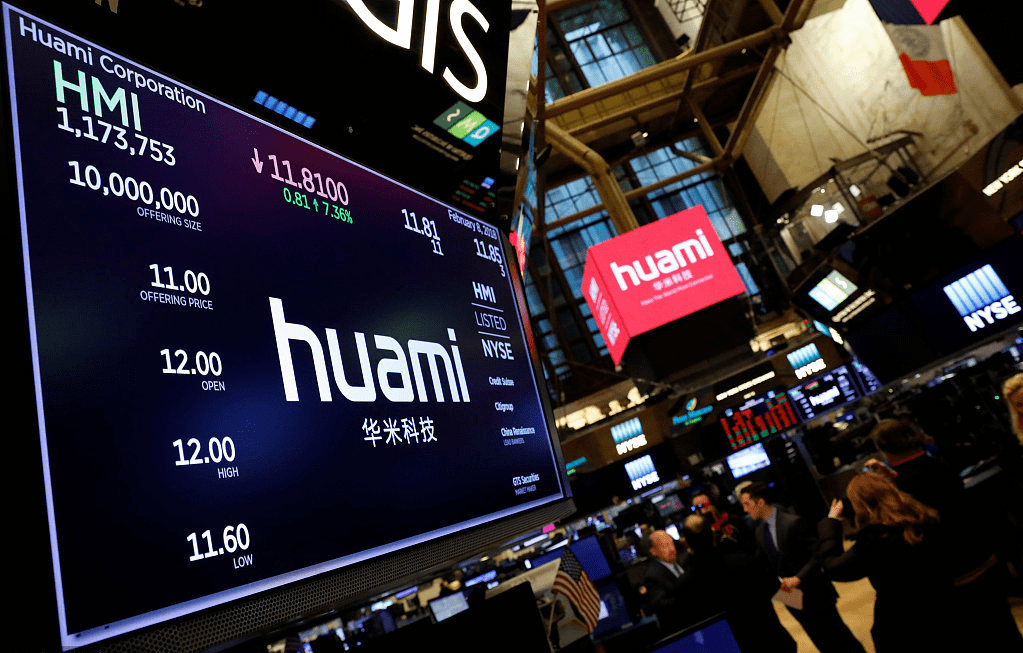 As the first company listed in the U.S. on the Xiaomi ecological chain, Huami Technology has had a great reputation.

From 2016 to 2019, Huami Technology’s net profit maintained rapid growth. At the same time, under the support of the Xiaomi brand, traffic, channels, investment and financing, Huami Technology successfully went public in the United States in 2018. Although the mid-day price broke on the first day of listing, it still closed up 2.27% against the trend, and the market value reached 670 million US dollars. . However, Xiaomi’s products have always contributed more than 60% of the company’s revenue, making Huami Technology has been criticized by the market, believing that it is only a foundry in the Xiaomi ecological chain. And as Xiaomi has vigorously developed the IoT ecological chain in recent years, this has more and more overlap with Huami Technology’s business lines. In the third quarter of last year, Xiaomi’s IoT device revenue was 18.1 billion yuan, an increase of 16% over the same period last year. The increase in the revenue of Xiaomi’s IoT devices has made many companies in the Xiaomi ecological chain feel pressured. In the future, whether to continue to rely on Xiaomi or to develop independently has become a difficult question for everyone to decide.

Unwilling to be constrained by the status of “foundry”, Huami Technology has moved on the road of “de-milletization”. In 2016, the first self-owned brand Amazfit was launched, and then in 2018, the self-owned brand Zepp, which is positioned in the health market, was launched to get rid of the dependence on Xiaomi.

However, the transformation of “de-milletization” has brought considerable pressure to Huami Technology. One is the growth rate of Huami Technology’s gross profit margin. The financial report shows that in Q1 2020, Huami’s total revenue was 1.147 billion yuan. Among them, the revenue contributed by Xiaomi’s products decreased by 39.9% compared with last year, but the company’s gross profit margin was lower Last year it was flat at 22.5%.

While the proportion of Xiaomi’s product revenue has been reduced, the gross profit margin has been poor, revealing whether the company’s profit growth is still dependent on the revenue contributed by Xiaomi’s products.

At the same time, the company’s stock price is like a “roller coaster”, going around and back to the original point. As of the close of U.S. stocks on June 10, Eastern Time, Zepp Health’s stock price closed at $10.49, with a market value of $660 million, which was the same as $11.25 on the day of listing.

For an enterprise that wants to be independent, it must first get rid of its dependence on the “mother body”, and then find its own development direction and positioning, and then speed up to break through its own bottleneck and usher in a better tomorrow. So now, where is Huami Technology?

Today’s Huami Technology is running at its best, developing its own brand and following the overseas development strategy to get rid of the label of Xiaomi’s “foundry”.

Financial report data shows that in Q1 of 2021, Huami Technology’s own brand revenue reached 731 million yuan, an increase of 84.4% year-on-year, while the shipments of its own-brand products soared by 111.1% year-on-year.

The increase in sales of independent brands and the decline in the proportion of Xiaomi’s products in revenue indicate that Huami Technology’s “road to Xiaomi” has begun to show initial results. But behind this achievement, the company continues to increase investment in R&D and marketing expenses.

According to IDC data, Huami Technology’s own brand of Amazfit and Zepp watches sold more than 1.65 million units worldwide in the first quarter of 2021, a year-on-year increase of 68.8%, the largest increase among the major adult watch head manufacturers.

According to financial report data, in Q1 of 2021, the revenue contributed by Xiaomi products decreased by 39.9% compared with last year. The announcement disclosed that it was mainly due to seasonal factors and the upcoming launch of Xiaomi Mi Band 6. But in this quarter, Huami’s revenue growth rate has declined a lot, only 5.4% year-on-year growth, and total revenue was 1.147 billion yuan.

It can be seen that while getting rid of the dependence on Xiaomi products, the revenue growth rate is declining, revealing that Huami Technology’s own brand still does not play the role of the company’s backbone.

It is precisely because independent brands can not support the steady increase in revenue growth, Huami Technology needs to “walk on both legs”, on the one hand to “go to Xiaomi”, on the other side to continue to renew the contract with Xiaomi. In October last year, Huami Technology and Xiaomi renewed a three-year cooperation agreement, and will be the latter’s most preferred partner in the supply of wearable devices.

It is foreseeable that Huami Technology will not be able to “de-millet” in the short term and achieve true independence. However, with the development of independent brands and overseas expansion strategies, the company is not without independent opportunities. So what is the potential of Huami Technology in the future?

Can you run out of yourself?

It can be seen that the growth rate of the industry has begun to slow down, from the explosive growth period in previous years to the rational period. Nowadays, Huami Technology, which “goes to millet” and vigorously develops smart wearable devices, may not live well in the future. So, how should Huami Technology develop so that it can successfully stand on its own feet, get rid of the ceiling of the industry, and drive into the fast lane? At present, Huami Technology is only a wearable device manufacturing company. It puts the company’s second growth curve on the overseas market, and its own brands of Amazfit and Zepp series products are all dedicated to this market. However, according to the “Global Wearable Devices Report” released by IDC, the global wearable device market shipments reached 444.7 million units in 2020, with Apple, Xiaomi, and Samsung firmly occupying the top three positions in the global smart wearable market.

Huami Technology with a single business line is actually difficult to compete with global giants. Moreover, when its performance is highly dependent on Xiaomi’s OEM products, Huami Technology has not established a solid brand effect, and it is difficult to stabilize its own passenger flow.

However, Huami Technology’s wearable devices have achieved considerable global sales. According to IDC data, in the first quarter, the global sales of Huami’s own brands of Amazfit and Zepp watches exceeded 1.65 million units, an increase of 68.8% year-on-year. This was the largest growth among the major adult watch head manufacturers, and shipments rushed in for the first time. The top four in the world.

Huami Technology’s wearable device shipments are now ranked fourth in the world. Although it cannot be compared with the top three strong competitors such as Apple, Huawei, and Samsung in the short term, from the perspective of development potential, Huami Technology is competing in the Red Sea. It can still rise from fifth or even sixth last year to fourth in the first quarter of this year, showing that its own brand strategy and increasing overseas expansion strategy have a certain effect.

Therefore, for Huami Technology, overseas expansion is a necessary way to get rid of dependence on Xiaomi. While expanding the global footprint, it can also avoid competition with Xiaomi in the domestic market, and at the same time continue to cooperate with Xiaomi to maintain stable performance, which is a multi-faceted benefit.

But if you want to add a “healthy” function to smart watches, it is not so easy to lead the company to the fast lane of development. At present, Apple Watch 4, Huawei Watch GT2 Pro, OPPO Watch ECG, AMAZFIT Midong, etc. have added ECG functions (that is, ECG, with ECG function). The top three in the global wearable device market are all laying out the track. It is difficult for Huami Technology to stand out.

Moreover, it is difficult to say whether betting on the health field can bring a higher imagination to the company. After all, smart watches and bracelets are not just needed products, but mobile phones can also act as health doctors and watches. The demand for wearable devices in the future is also hard to say.

So from this point of view, the road to bet on the second growth curve in the health sector is difficult, and Huami Technology still has a long way to go.

But in general, Huami Technology can still stand out in the global wearable device market under the Red Sea competition, demonstrating that the company has certain potential. But it is still difficult to get a higher share. After all, with Apple and Samsung overseas, and Huawei and Xiaomi in China, it is difficult for Huami Technology to realize its own brand dream.

In the future, whether Huami Technology can be independent, maintain its chassis expansion in overseas markets, and return to the domestic expansion territory, let us see the development of its own brand and whether it can correctly handle the foundry relationship with Xiaomi.

Author of this article: Ye Xiaoan

This article comes from: Songguo Finance, please indicate the source for reprinting

Close-up of dreamy purple iPhone 12 Apple has just released: Only...

Duy Huỳnh - April 28, 2021 0
The actual color of the purple iPhone 12 is considered to be quite harmonious and beautiful, not too bold as in Apple's advertising photo. ...