In the world, there are houses located in incredibly dangerous terrain, sometimes on the side of a cliff, sometimes deep in the forest. Let’s explore these unique ‘no neighbor’ houses. 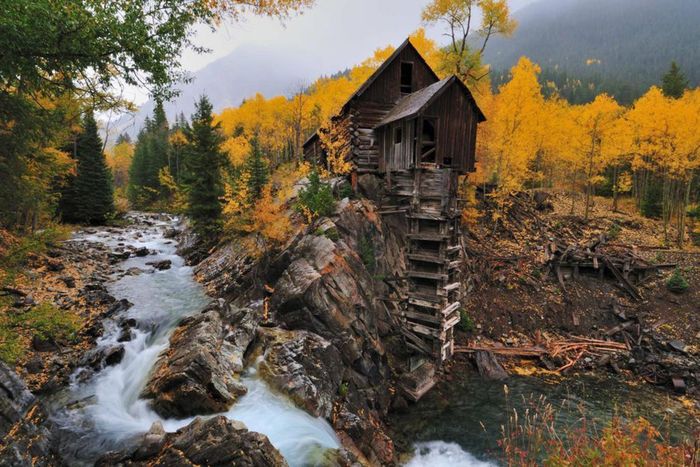 Crystal Mill is the name of a house located precariously on the banks of the Crystal River, between the towns of Glenwood Springs and Aspen in Colorado, USA. This wooden house was built in 1892 with the purpose of generating electricity (Source: Zing) 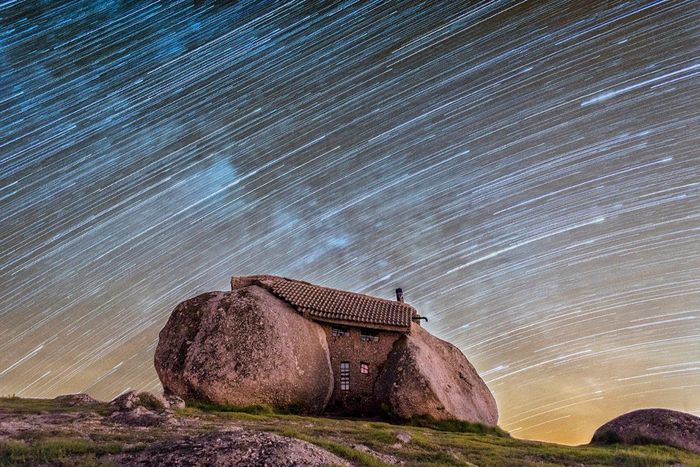 Set among the mountains at an altitude of 792 meters in Northern Portugal, near the city of Fafe, there is a house built from four large stones, in 1974. The interior of the house is mainly made of wood. and stone. The house has enough living room, kitchen, bedroom, bathroom and swimming pool

Floating off the coast of Norway, the house is part of a hotel called Arctic Hideaway. From here, you can enjoy the beautiful Northern Northern Lights scene right from your bedroom (Source: Vietnamnet) 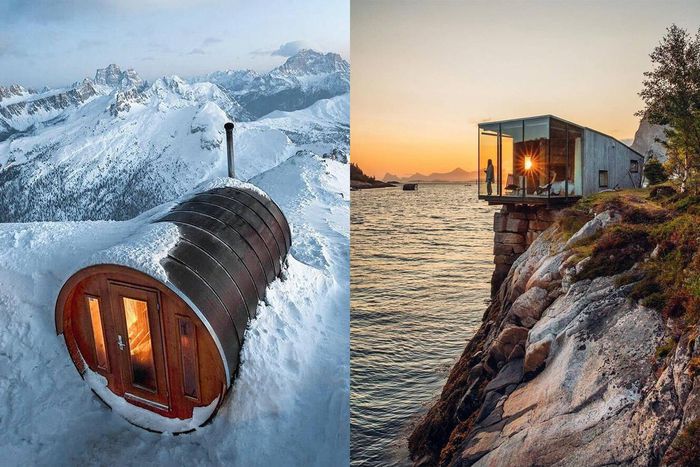 Located on the top of Lagazuoi in Italy, the house is built in Finnish style. Its view overlooks the majestic Falzarego Pass (left photo). On the island of Manhausen, off the coast of Norway, an impressive glass house was built (right photo) (Source: VOV) 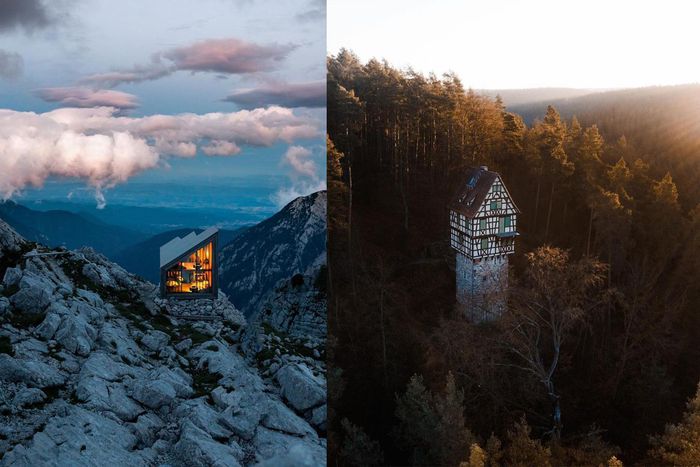 Small, lighted house at the highest point in the Kamnik Alps, Slovenia (left). A house in the middle of a dense forest in Thuringia, Germany. It was built in the early 20th century by a duke (pictured right) 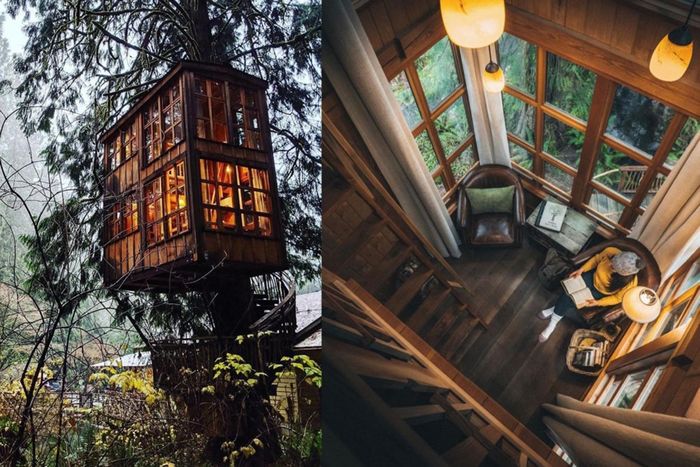 This cozy wooden house is hidden in the deep forest, in the city of Seattle, USA 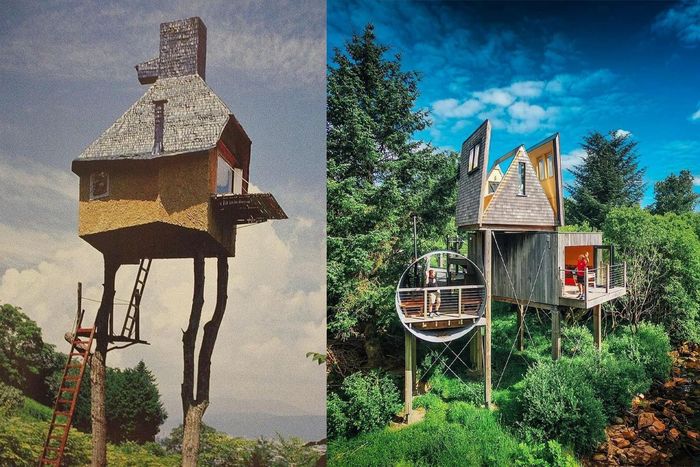 The high-rise tea house “Takasugi-an”, located among the trees in Chino, Nagano Prefecture, Japan was once voted by Time magazine as one of the 10 most precarious houses in the world (left photo). Equally famous in the UK is the house Sky Den, where you can watch the stars from your bedroom (pictured right) 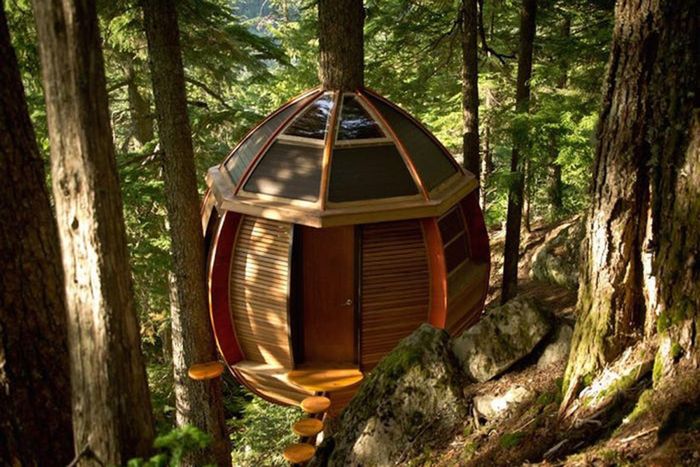 A software developer in Whistler, Canada has created a tree house shaped like a giant beehive (Source: Vietnamnet) 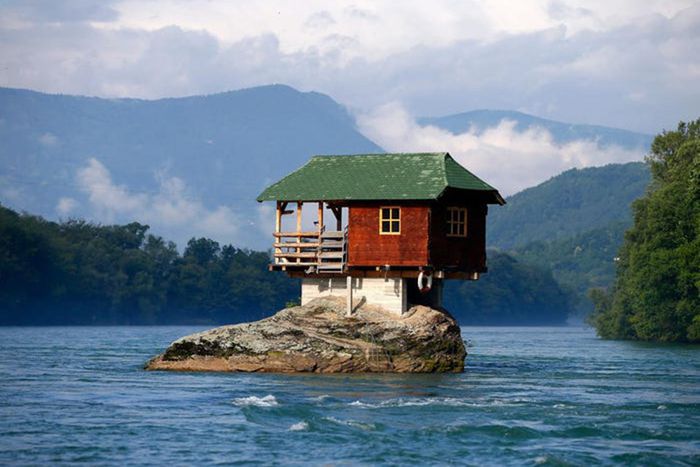 In the middle of the Drina River, in the town of Bajina Basta, Serbia, a house is perched precariously on a rock. Born in 1968, the house is still maintained after being destroyed many times by flood water 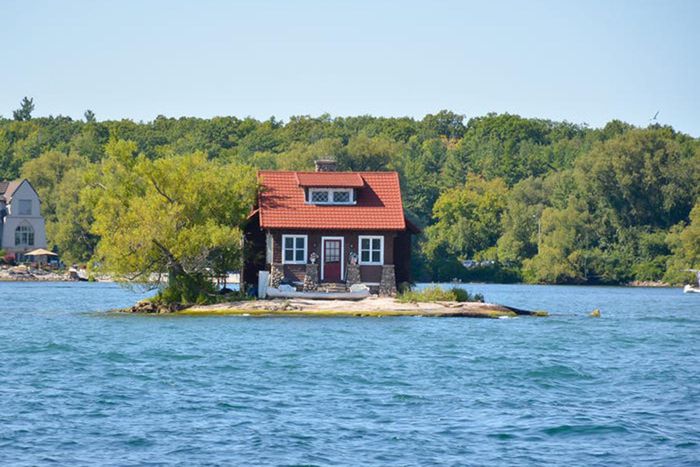 Located on the Saint Lawrence River, the border of the US and Canada, the owner of this house even has a private beach bãi 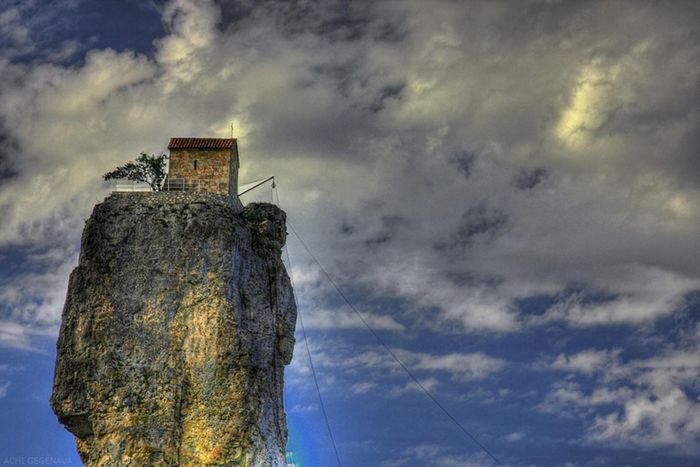 In Georgia, USA, there is a unique house located on a 40 m high stone pillar. In the Middle Ages, it was used as a monastery but was abandoned until 1944. Currently, only a 59-year-old monk, named Maxime Qavtaradze, lives in this house (Source: Zing)

The house is located in the Bohemian Switzerland National Park, Czech Republic (left photo). To reach the house located on Mount Äscher, Switzerland, you need to hike through the Alps (right photo) (Source: VOV) 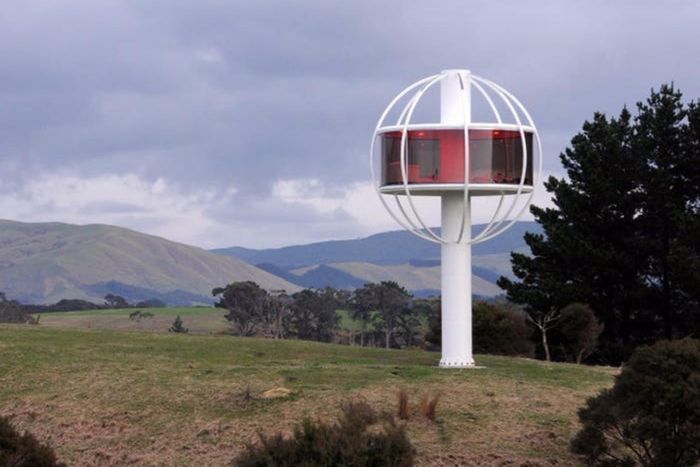 Skysphere in New Zealand is known as the “alien’s house”, because it is equipped with app-controlled lighting fixtures, voice-controlled beer dispensers and the ability to switch to sleep mode. lock “zombie” like in fiction movies (Source: Vietnamnet) 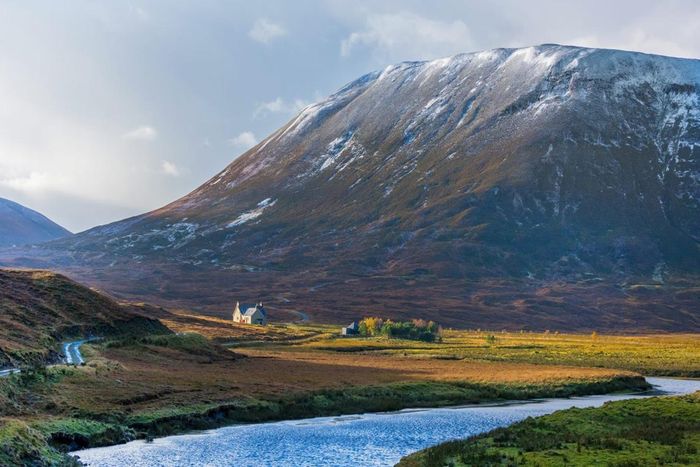 Deanich Lodge deserves the title of “the loneliest lodge in the world”, it is located separately from the rest of Scotland, England 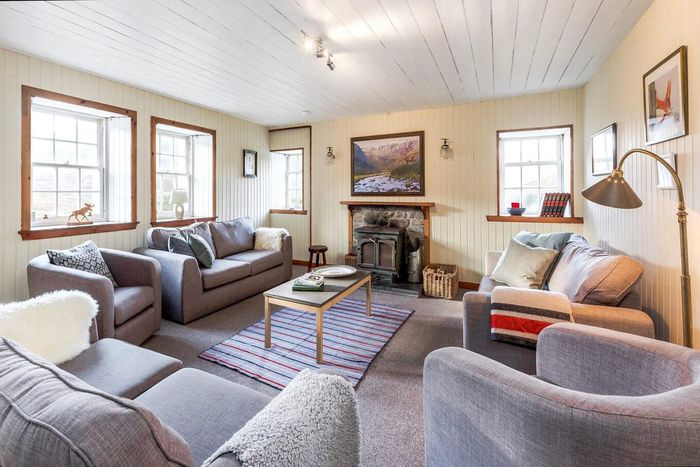 Although separate from the bustling city, the house is still comfortable, with a living room, dining room, heating room, kitchen and two bathrooms. 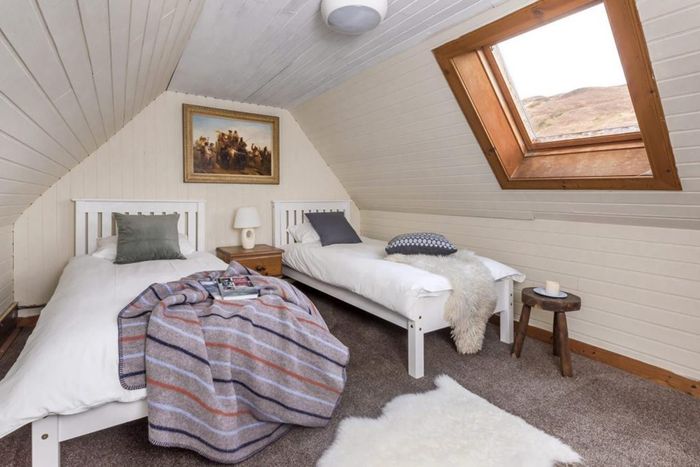 The house can accommodate up to 18 people 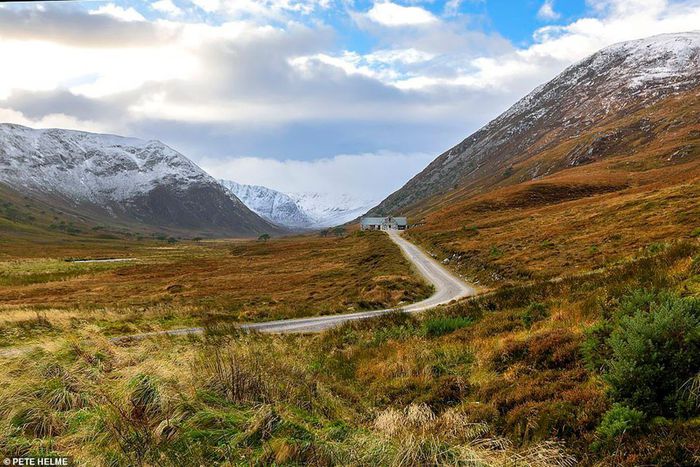 The road to this place is very difficult, but in return, you can enjoy the beautiful scenery along the way, with clear streams flowing through the valley of flowers. 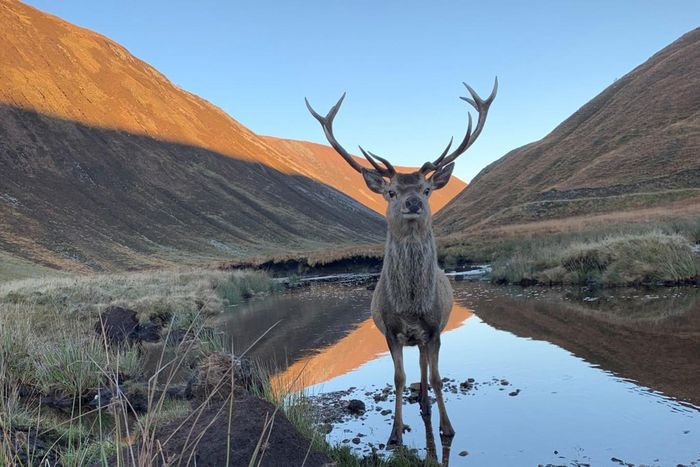 As part of the Alladale Conservation Area, this house’s neighbors are a variety of wildlife. The sight of eagles flying in the sky is nothing new here. The 23,000-acre Alladale Wildlife Sanctuary is located in the Scottish Highlands

This ancient temple in Gansu is known as the “first famous...

editor - June 17, 2021 0
Tianshui, Gansu, was called Qinzhou in ancient times. It is an important birthplace of the Chinese nation and the Chinese civilization. Because the "head...