In March of this year, China CITIC Bank released its 2020 annual report and highlighted its investment and progress in financial technology.

With the increasing investment in technology, the achievements of China CITIC Bank’s digital transformation are gradually emerging:

China CITIC Bank and its peers have established a large-scale blockchain cooperation ecology among domestic banks, and the cumulative transaction volume of the blockchain trade finance platform has exceeded 10 billion yuan

On March 15th, Li Qingping, who has a “financial iron lady”, resigned as chairman of China CITIC Bank, and Zhu Hexin, who was the former vice governor of finance, took over. Zhu Hexin is an “old Bank of Communications” with more than 20 years of experience in the financial industry. Under his leadership, CITIC Bank’s layout in the field of financial technology may undergo major changes. 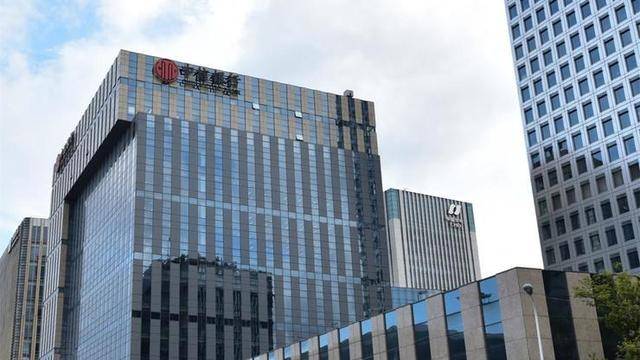 China CITIC Bank, founded in 1987 and headquartered in Beijing, is one of the nationwide commercial banks. Its total assets exceed 7 trillion yuan and the number of employees is nearly 60,000.

In the “Top 100 Chinese Banking Industry 2020” released by the China Banking Association, CITIC Bank ranked 11th according to the ranking of core Tier 1 capital. In this ranking, China CITIC Bank surpasses China Everbright Bank and is second only to Minsheng Bank.

In 2020, China CITIC Bank, together with other CITIC Group subsidiaries, provided customers with a combined financing scale of 107.82 billion yuan, a year-on-year increase of 68%, breaking the “one trillion” mark for the first time.

In 2020, CITIC Bank invested nearly 7 billion yuan in technology, an increase of 24% over the previous year, and technology investment accounted for 3.56% of operating income.

The number of scientific and technological personnel in CITIC Bank has quadrupled in two years, which is also a supplement to the upcoming larger-scale digital transformation.

At the beginning of this year, China CITIC Bank released a new three-year development plan, proposing to use high-tech as the engine and high-quality development as the theme to strengthen the development of light and intensive. 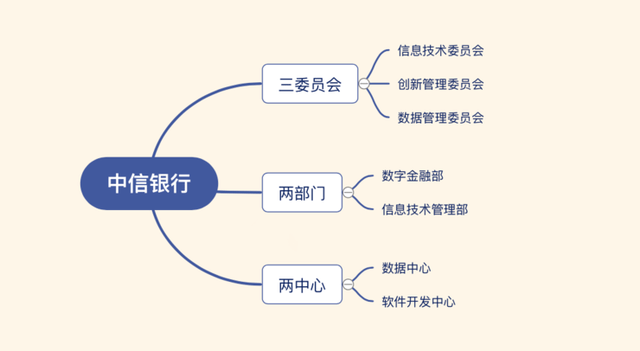 In 2018, “CITIC Brain” initially has the ability to provide intelligent services for retail, corporate, custody, and compliance.

In 2020, with the “CITIC Brain” as the main engine, CITIC Bank will build an “AI Model Center” and an “AI Efficiency Center”, implement 307 “AI + data” precision models, and serve more than 10 million customers intelligently in real time.

In 2018, China CITIC Bank and Bangsheng Technology reached a cooperation in the construction of risk control and anti-fraud, and contributed to the upgrade of CITIC Bank’s intelligent real-time risk control system.

In addition, CITIC Bank has also actively developed a retail business system, which has boosted the scale of assets by nearly 200 billion yuan, and the AI ​​smart recommendation for wealth management has achieved CITIC Bank’s online sales scale of more than 230 billion yuan.

Lu Tiangui, the current business director of CITIC Bank, once introduced the three highlights of Xinzhi Investment in 2018:

One is to intelligently match target risks and simulated returns based on the customer’s risk assessment results, and recommend the most suitable product combination. According to reports, Xinzhi Investment has built an intelligent risk assessment model based on multi-dimensional data analysis of more than 2 million customers.

Second, Xinzhi Investment not only has forward-looking market analysis by investment research experts and professional research on underlying products, but also uses big data, investment models, and intelligent algorithms to make up for the lack of human computing power.

Third, the user experience is convenient. CITIC Bank searches for the optimal combination from more than 4,000 funds, and directly pushes the recommended asset allocation combination to users. Users make decisions, purchase with one click, and enjoy follow-up services. Experts continue to track the macro market and Bottom product situation.

As the first to be put into production in China, the new generation of cloud-based credit card core system with independent intellectual property rights-the new core system of China CITIC Bank Credit Card StarCard, will be the first anniversary of stable operation in 2020.

The data shows that StarCard has successfully carried the operation and management of 110 million accounts. The peak transaction value is as high as 4,500 transactions per second, which is more than three times that of the original system. The average transaction response time is only 36 milliseconds, which is effective for satisfying, membership days, rush to buy, and marketing. Activities, Double Eleven Shopping Festival and other high-frequency trading application scenarios.

At the same time, the bank’s credit card center has steadily promoted the construction of the second phase of the upgrade of the new core system of StarCard, and has completed 30 planned subprojects of the second phase, and implemented “second-level” real-time and intelligent data business scenario services.

The 2020 annual report shows that the China CITIC Bank blockchain platform is the first to pass 5 credible evaluations of the China Academy of Information and Communications Technology at one time. The blockchain forfaiting trading platform has been recognized by the People’s Bank of China and upgraded to a national industry platform.

The blockchain forfaiting trading platform is a large-scale blockchain cooperation ecosystem between domestic banks established by China CITIC Bank and its peers.

At present, the cumulative transaction volume of the blockchain trade finance platform has exceeded 10 billion yuan.

In the 2018 annual report, 53% of CITIC Bank’s applications have been migrated to the cloud platform, and the system deployment efficiency has increased by more than 20%.

At present, China CITIC Bank pointed out that it has completed the first stage of production of the bank-level data lake, and the basic data platform of “one lake, one database” has been basically completed, and the overall processing performance has increased by more than 50%.

In 2019, Daguan Data won the bid for the AI ​​project of CITIC Bank Credit Card Center to provide it with RPA products and technical services.

The 2020 annual report shows that there are nearly 800 application scenarios for CITIC Bank’s intelligent robot (RPA), the branch application coverage rate exceeds 80%, and the average business operation efficiency has increased by more than 20%.

The dual APP of China CITIC Bank’s mobile banking and mobile card space is upgraded to version 7.0, and realizes interconnection; mobile banking APP 7.0 realizes the version switching that changes according to the customer, and on the basis of the popular standard version, it covers overseas finance, the elderly, and private banks. Five characteristic customer groups, small and micro, and foreign, provide personalized and exclusive services.

As of the end of 2020, China CITIC Bank has 26.155 million online monthly active users, of which mobile banking APP transaction amount has increased by 20.66% over the previous year, and the replacement rate of e-banking transactions has reached 99.54%.

At present, the senior management organization structure of China CITIC Bank presents a pattern of six presidents with “one director and five associates”.

Among them, President Fang Heying is a 25-year veteran of China CITIC Bank.

Looking forward to the next three years, Fang Heying stated in the annual report president’s speech that he will continue to increase investment in science and technology. Accelerate the digital transformation and build China CITIC Bank into a “first-class technology bank” , Through the same direction of technology and business, to drive more innovation and bring about greater changes.

At the level of financial technology, Lv Tiangui, the business director of CITIC Bank and the proposed vice president, also said in response to a question from a reporter from the Economic Information Daily that the goal of CITIC Bank is to build two major platforms in technology and data within three to five years. “Support and promote the transformation of the bank’s operation and management from informatization and digitization to intelligence, forming an agile + intelligent innovation system, and becoming a first-class technology-driven bank.”

Thailand’s goal of attracting tourism is difficult to achieve due to...

PV/VOV-Bangkok - April 24, 2021 0
The Thai government has cut its forecast for international visitors by half to 3 to 4 million this year and cut its tourism revenue...