Home Architecture Close-up of the hundred-year-old ancient villa – the place where the historic...

Villa La Grange – a hundred-year-old mansion in Geneva, Switzerland is where Russian President Vladimir Putin and his US counterpart Joe Biden will meet for the first time. 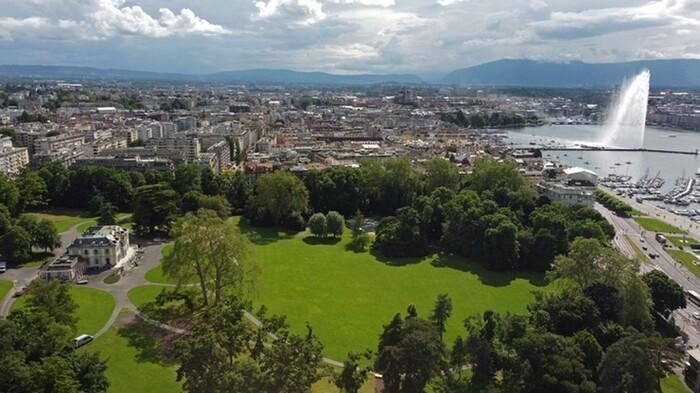 Panoramic view of Villa La Grange from above. Villa La Grange built in the 18th century is no stranger to many historical events and famous characters. In 1864, it was the site of the closing gala dinner of the first Geneva Convention on assisting wounded soldiers on the battlefield, marking the introduction of humanitarian law. The event was attended by Henry Dunant, founder of the International Red Cross. More than a century later, in June 1969, Pope Paul VI himself celebrated Mass in front of a crowd of 70,000. It was the only space large enough in Geneva at the time to accommodate such a large crowd. La Grange Park, the largest park in the city, is a perfect setting for the villa and it is surrounded by many large trees to the south and offers completely unobstructed views. Over the past week, Villa La Grange has witnessed a lot of activities to prepare for the historic summit between the two leaders of Russia and the US on June 16. 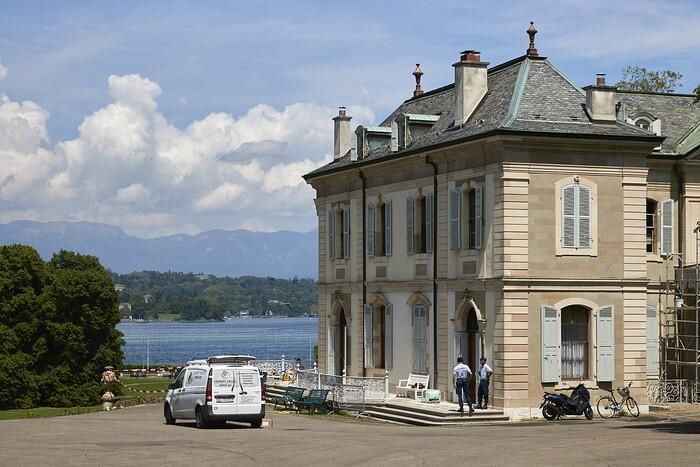 Preparations for the historic meeting in the lakeside villa are underway. Inside, the craftsmen repaired and gilded the items. The heavy lampstands have been cleaned, ready to welcome the two heads of state and the delegation. Outside, security measures are also implemented. A metal fence was built around the villa. At the entrance, two stone lions, the iconic “guardians” of this peak, are washed with a high-pressure cleaner.

Villa La Grange is the place where the historic Russia-US summit took place. In the 1960s, businessman Jacques Franconis was the first to shape the original land of Villa La Grange. It was later acquired by banker Marc Lullin in 1706. It was the Lullin family who built the first villa on the property between 1768 and 1773 and built a French garden. Devastated by the French Revolution, Jean Lullin sold the entire place to a shipowner in the city, François Favre, who made a fortune trading with the East. The Favre family renovated the house and park, building a large library in 1821, which housed Guillaume Favre’s prestigious collection of some 15,000 works. In this vast library, there are two red chairs placed on either side of a globe, as if ready to welcome two presidents. 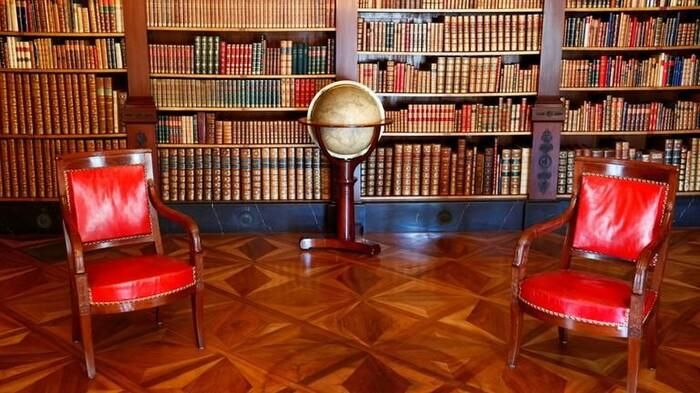 Large library in Villa La Grange. In the spring, the Geneva city government organizes guided tours of the villa, allowing the public to explore the living rooms, bedrooms and library. It was Guillaume Favre’s grandson who had previously donated the villa and park to the city of Geneva in 1917. A year after his death, he left the library legacy to the city. In 1918, the park was opened to the public.

The $ 76 million mansion of Dieu An Na

Quốc Minh - April 15, 2021 0
'Princess Huawei' owns many valuable properties, including a $ 76 million mansion located in an isolated area of ​​Shenzhen city, China. According to the...