IT House, June 13 news Google believes that in today’s network environment, URLs are still the main way users determine the identity and authenticity of a site, but URLs can easily deceive people’s eyes.

For example, an attacker can manipulate the URL in a variety of ways to confuse users with the identity of the website, thereby achieving phishing, social engineering, and online fraud. A study showed that when misleading brand names appear in URLs, more than 60% of users are deceived.

In order to avoid such problems, Google chose to hide the complete URL in the address bar of the Chrome browser many years ago.

Recently, a commit merged by Google in Chromium showed thatThe development team has deleted the function code to hide the URL.The reason is that this experimental feature has no effect on related safety indicators, so it is not going to be officially launched.

IT Home has learned that after Google launched the hide URL function, although it has received great controversy, it still insists on choosing to promote it, and said that this function is as important as HTTPS. In subsequent version updates, the hide URL function has been optimized a lot, and it has been offline for a short time, but it has since become the default enabled item. 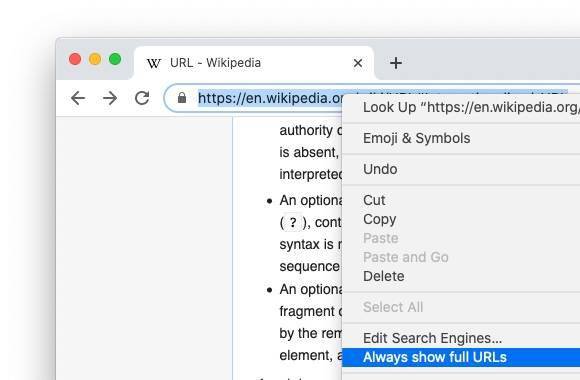