From the Financial Association (Shenzhen, reporter Zou Chenhui), Dongxing Securities has ushered in the latest progress in its fixed increase in fundraising, and this is also the 15th listed securities firm to launch a fixed increase since last year. In addition, there are already 11 brokerages that have refinanced through allotment.

Behind the fixed growth of Dongxing Securities is closely related to the current capital market development entering a period of strategic opportunities. Regulatory authorities clearly support securities companies in multiple channels and forms to enhance their capital strength, encourage market-oriented mergers and acquisitions and reorganization, and support the securities industry to become better and stronger. At present, the 8.5 billion fixed increase of Guohai Securities and the 8 billion fixed increase of Huachuang Yangan are on the way. The parent company of Zhongshan Securities also launched the latest fixed increase plan earlier this month. 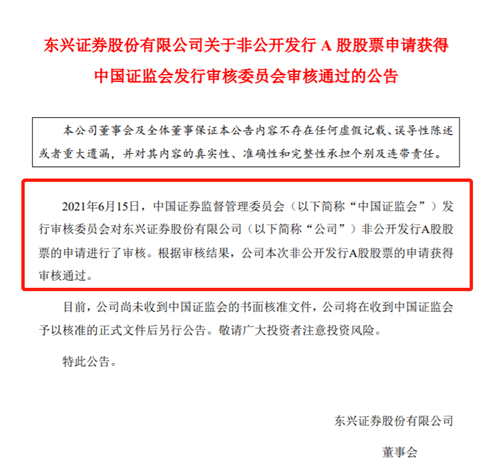 Dongxing Securities will increase by RMB 7 billion, and invest RMB 6 billion in investment and trading business and expand the business of financing and financing 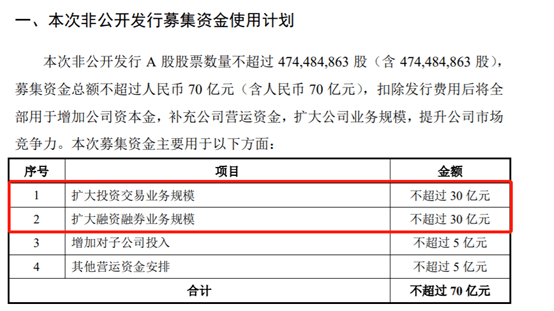 Dongxing Securities said that through this fixed increase, the company’s equity capital will be enriched, total assets and net assets will increase correspondingly, and the asset-liability ratio will correspondingly decrease, the company’s capital structure will be further optimized, and the financial structure will become more stable. In addition. The company will increase the scale of net capital, accelerate the development of related businesses, and enhance the company’s overall profitability and risk resistance.

As the first domestic AMC brokerage listed on A-shares, Dongxing Securities’ controlling shareholder, Orient Asset Management Co., Ltd. (holding 52.74% of the shares), is strong, and the actual controller is the Ministry of Finance.

As of June 15, Dongxing Securities’ stock price closed at 10.67 yuan, with a total market value of 29.4 billion yuan.

In the face of liquidity pressure and changes in the operating environment, many securities firms are increasing their capital strength through further fixed increases, reducing liquidity risks, and improving the company’s overall risk management capabilities and risk resistance capabilities.

On June 4, Zhongshan Securities’ parent company Jinlong shares issued a fixed increase plan. This time the proposed additional issuance of no more than 264 million shares (including the number), the issue price is 12.59 yuan, and it is planned to raise no more than 3.324 billion yuan.

In March of this year, Huachuang Yang’an disclosed the fixed increase plan stated that the planned number of non-public issuance of A shares will not exceed 522 million shares, and the raised funds will not exceed RMB 8 billion (including the number). After deducting the issuance costs, it will be used for all Increase capital to Huachuang Securities to increase the capital of Huachuang Securities, supplement its working capital, optimize business structure, expand business scale, and enhance market competitiveness and risk resistance.

In January this year, Guohai Securities announced that the company’s 8.5 billion fixed increase has been approved by the board of directors. The issuance still needs to be approved by the state-owned asset management unit, the company’s shareholders meeting, and the China Securities Regulatory Commission. The 8.5 billion fixed increase, China Sea Securities plans to invest 4 billion yuan in investment and trading business.

It is worth noting that whether securities firms can successfully raise funds in full is also attracting market attention. A reporter from the Financial Associated Press previously reported that many brokerages have seen a decline in their planned additional funds raised.

On April 29, Tianfeng Securities issued a fixed increase announcement stating that the company’s final fundraising amount was 8.18 billion yuan (including issuance costs). Prior to this, the company announced that it planned to raise a total of no more than 12.8 billion yuan.

According to a reporter from the Financial Associated Press, some of the securities firms’ fixed increase and decrease are related to the company’s own stock price changes and capital replenishment. China Securities Investment Corporation previously stated that there are two reasons for the company’s fixed growth and shrinkage: one is that the company’s A-share share price in 2020 has risen sharply compared with January 2019, and the forecast basis has changed; the second is that the company has achieved a certain amount of profit through rollover in the past two years. Capital replenishment.

In addition, large securities companies have also raised funds through fixed increase, allotment and other methods. On the evening of February 26 this year, CITIC Securities announced a 28 billion yuan allotment plan, which is to be used for the development of capital intermediary business, subsidiaries, and information system construction.

Also in August last year, Guosen Securities raised an additional 15 billion yuan. The net proceeds raised this time will be used to supplement the company’s capital, working capital and repay debts to expand the business scale and enhance the company’s ability to resist risks and market competitiveness. 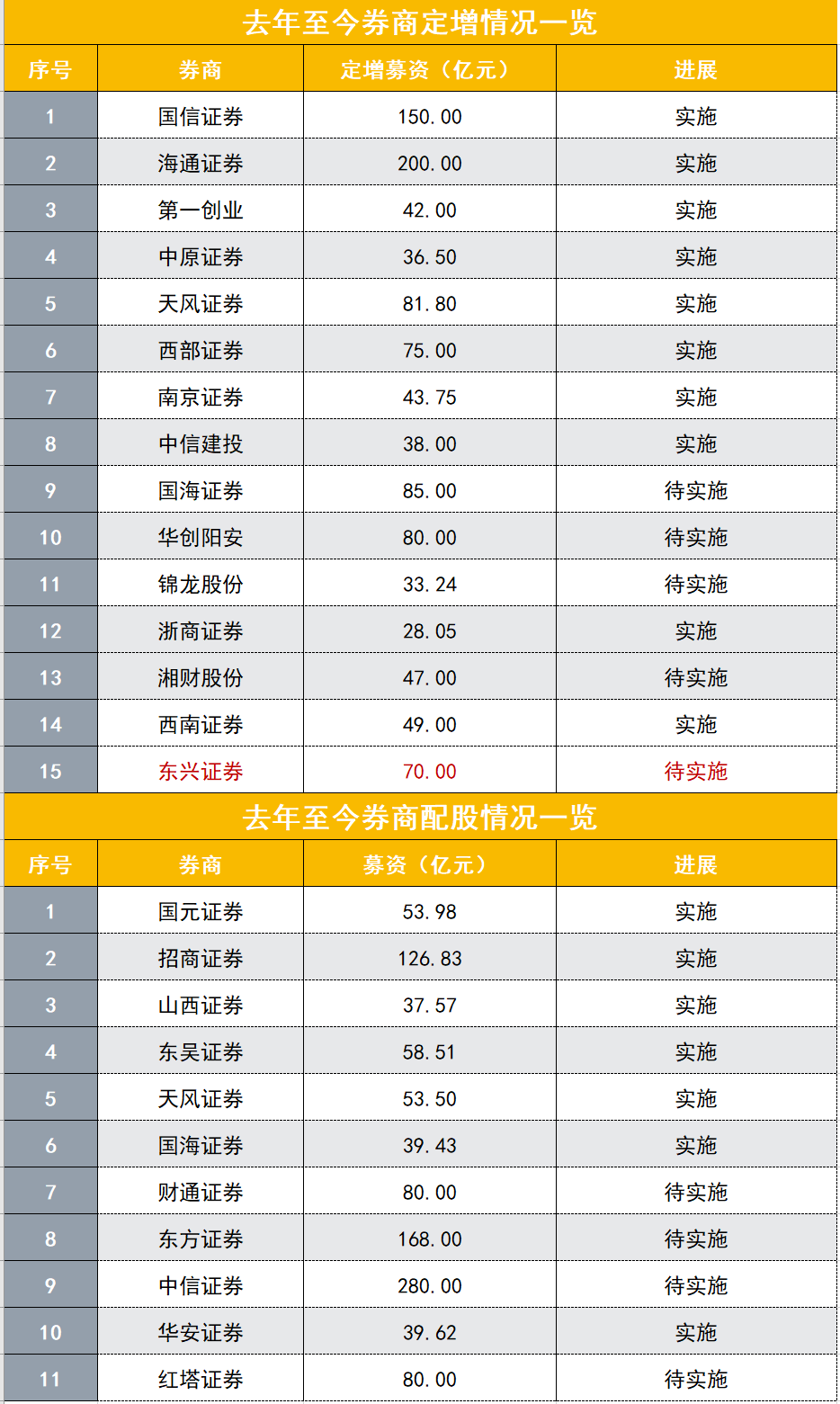 6.18 no carnival: e-commerce, sellers, consumers, who is tired?