With the world champion halo on the head, many talented players, and the return of the former top scorer, the French team is destined to be the thorn in the eyes of the powers of this European Cup. While retaining the world championship team, Deschamps’ team has supplemented both veterans and newcomers, and will work hard to replicate the feat of Lian Zhuang at the turn of the century.

In the European Cup squad, the main force who won the Hercules Cup 3 years ago is still the backbone. Nine members of the world champions were not selected for this list, and the French team’s sufficient talent pool in the third line guarantees a wealth of choices for each position. With the return of Benzema, Deschamps needed to balance efficiency and splendor in tactical design. 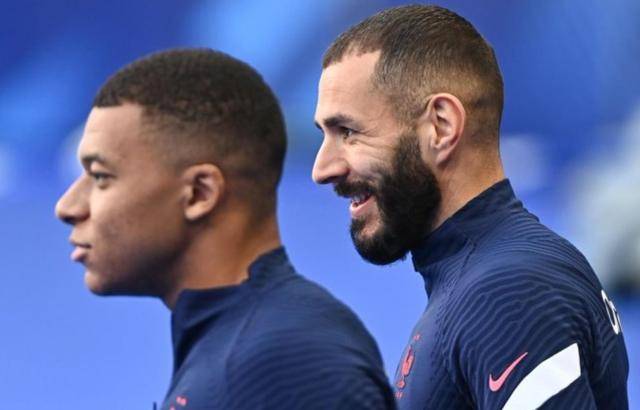 Deschamps holds many good cards, and the center seems to be one of the few shortcomings. Benzema brings strong reinforcement to this position. He will lock the starting position and enrich the French team’s tactical system. His attack group with Mbappe and Griezmann can be regarded as one of the most luxurious combinations in team history. . Deschamps needs to ensure that Benzema, who has returned to the team for the first time in five and a half years, has a good chemical reaction with the two geniuses.

After the World Cup was crowned, in addition to some innovations in the friendly matches and the European League, the Blue Army system was still based on the asymmetric 442 (similar to 4231). If Deschamps continues to use the asymmetric 442, Benzema, who likes to pull side support, will create space for Mbappe’s unilateral blasting with Griezmann; the player’s multi-functional attributes provide the traditional 4231 or 433 and even the three-back formation. may. The diamond 442, which has been tested in actual combat, may allow the attacking trio to appear in their most comfortable position.

The main lineup of the French team has basically surfaced, and it is not small for Kim Pombe to be on the top. Rabiot and Coment will compete for another starting spot. This tournament allows 5 players to be replaced in regular time, which is a big plus for the strong Gauls on the bench.

Under the 24-in-16 format, the French team should be able to advance to the knockout rounds without any problems, but it will not be a smooth journey. In the dead group where the two host hosts are seated, the challenge to Germany in Munich in the first match is a great test. After that, they will fly to Budapest to face Hungary and Portugal in the last final.

This year’s European Cup matches are all over Europe, and flying distance has also become a potential factor affecting the overall prospects. During the group stage, the French team will not be troubled, but they will experience different lengths of flight if they qualify in different places. Get the first place in the group, the French team will go to Bucharest to play against a group third, and go directly to the first quarter of the knockout round. Once promoted, they will have the follow-up physical advantage; if they get second in the group, they will go to London to play against England where D The first place in the group, promotion will usher in a round-trip flight from London-Rome-London; the third in the group will face B1 or C1, even if it enters the semifinals, it will face the long consumption of Baku flying to London.

The championship is definitely the goal of the French team, and the semi-finals are the passing line. The strength of the cards is certainly an advantage, but countless precedents have proved that the World Series is not the winner, but the winner. As a target of public criticism, the Gaul must strive for a balance: while the team of death that kicked off at the latest finishes with a relatively ideal ranking, the physical fitness is allocated to deal with the knockout game with extremely low fault tolerance and many uncertainties.

Originality relied on “this little thing” for 25 years, and the...

editor - May 16, 2021 0
PrefaceAt present, my country's mobile phone manufacturers can be described as a situation where a hundred schools of thought are contending. In this environment,...