Home Business Efficiency against the sky!Google is using AI to design chips: 6 hours...

In 2016, AlphaGO, as an artificial intelligence, achieved the first time to surpass humans.

This Wednesday, Google published a paper in the “Nature” magazine that its development of AI can already design chips faster than humans. 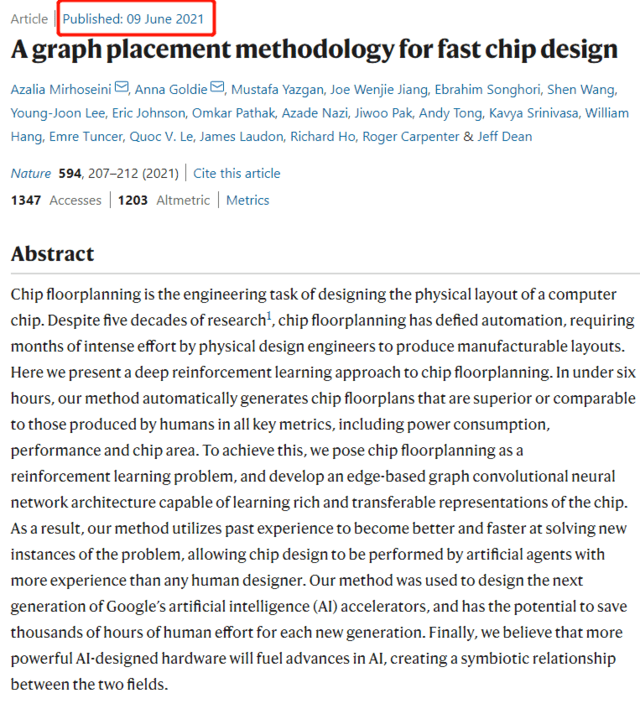 According to the description in the paper, the same TPU chip(Tensor processing unit, an integrated circuit dedicated to accelerating machine learning), it takes a few months for humans to design it, and the AI ​​can be completed in less than 6 hours.

The paper said that based on a deep reinforcement learning algorithm, the AI ​​has a generalized chip design method.

Generally speaking, the use area of ​​the computing chip is only tens to hundreds of square millimeters. In such a small and limited space, thousands of components need to be accommodated, including memory, arithmetic and logic units, and nano-circuits that connect these components together and are several kilometers long.

In the chip design process, one of the most challenging is “chip floor plan.” This involves determining the best place to place these components, just as architects design the interior space of a building to accommodate all the necessary fixtures and accessories.

Researchers at Google used 10,000 chip floor plans to train the AI. It can design its chips using a more decentralized method that is superior to human design. 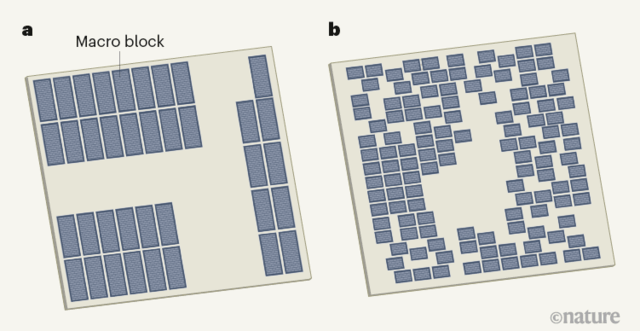 The paper claims that this new chip design model may have a “significant and far-reaching impact” on the semiconductor industry.

This AI design method has been used to design the next-generation Google TPU, which is expected to save thousands of hours of manpower for each generation of computer chips in the future.

The project is led by Azalia Mirhoseini and Anna Goldie, the two leaders of the ML for Systems team currently leading Google Research.

In 1945, von Neumann published a landmark “101-page” report that laid the foundation for the modern classical binary computer architecture. And this, only 76 years ago.

In less than a hundred years, the development of computers has progressed by leaps and bounds, from the first behemoth that needed to be measured in tons to gradually evolve into smart phones in our hands.

No one can be sure where the limits of Moore’s Law are. This can be said to be a victory for artificial intelligence or a victory for mankind.

There are risks in the market and investment needs to be cautious. This article does not constitute investment advice.