Published in 2012, David Quammen’s book The Origin of Epidemic is still fascinating with interesting predictions and discoveries recorded by scientists.
Origins of Disease: Animals, Humans, and the Next Global Pandemic (English title: Spillover: Animal Infection and the next human pandemics) is author David Quammen’s masterpiece of media coverage, providing a scientific perspective on pathogens that cause disease in animals and are sometimes transmitted to humans. human itself. 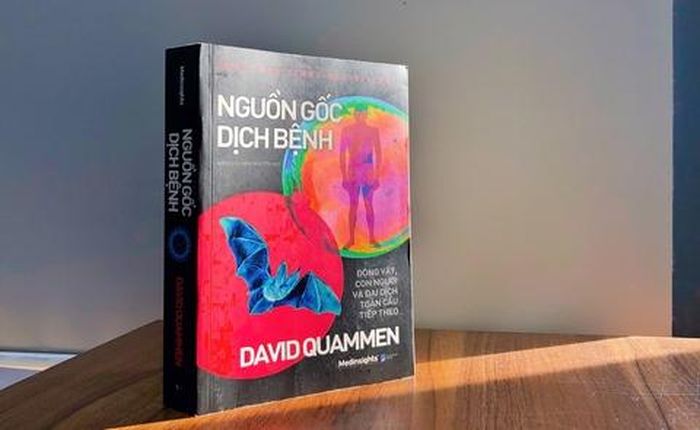 The work is in the Top 10 scientific books of the year by Booklist, Top 11 books of the Daily Beast and was voted by the New York Times Book Review as a Notable Book in 2012. (Source: Medisights) The faces of murderers are different With disease origin, David Quammen weaves an exceptional story, a detective novel with very different, but also very real, killers. They are viruses, bacteria and protozoa that cause disease in animals, but sometimes, they will change their target and jump to humans. Each chapter of the book is a journey in pursuit of a new criminal, led by a team of detectives from all over the world. The book is the notes of David Quammen in the process of accompanying them, following the traces to find the culprit. After the first chapter on the terrible virus that decimates both horses and humans, the Ebola virus emerges through a dark story, with dead gorillas stacked on top of each other, carrion in the woods and magic. The story doesn’t need the usual Ebola hype to create a macabre atmosphere (with bloody tears and melted organs) and the author doesn’t need to, because the disease itself terrible enough. He is more interested in delving into these diseases, learning what we already know about them and how that helps us prevent new diseases from appearing in the future, while limiting their consequences. their fruit. In each chapter, the diseases gradually become clear, starting with just a couple of rumors, a few mysterious deaths that seem unrelated to each other. The investigation process gradually unravels the problem, until finally the truth of the culprit is revealed. Along the way, we’ll see the myriad ways pathogens can move from host to host – through feces, secretions, mucus and blood – and explore possible dangerous behaviors leads to exposure: climbing trees, drinking date sap, eating or simply touching dead animals. The author also looks for unintentional accomplices who are animals that carry the disease before it is transmitted to humans: pigs, birds, monkeys, gorillas and bats. The Detective’s Journey However, the real heroes here are the detectives – scientists who work non-stop, from the lab to the field, looking for answers to cases committed by petty murderers. baby caused. Not only talented in describing how the virus works, David Quammen is also very successful in painting portraits of those heroes: from molecular biologists studying SARS “with the instincts of a epidemiologist with the courage of a red-faced monkey”, to the ecologist with a passion for exotic oriental dishes, to the veterinary pathologist with “the tough and stern body of a The former rugby player has passed the age of 40. The historical details can be found in the book as well: 19th century scientists used optical microscopes to look for tiny organisms in the blood cells of malaria patients, while the virus continued to hide behind a veil of mystery until the invention of the electron microscope in the 1930s. Readers also see important historical milestones such as: President Hoover banned the import of parrots into the United States; an outbreak of arthritis and a rash, preceded by contact with deer ticks, in the town of Lyme in Connecticut; and a series of seemingly harmless, but actually deadly, cases in a series of male patients in the United States in the 1980s. 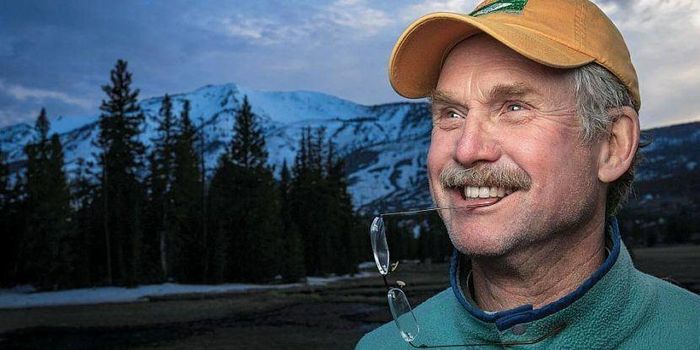 Author David Quammen. (Source: Town Hall Seattle) David Quammen has carried us around the world, from the labs to the field with investigators – bat traps in China, monkeys in Bangladesh, deep into the jungles of Cameroon. Towards the end of the book, we’ll leave reality a little behind and embark on a fictional voyage to the origins of HIV along the Congo River. The author also asserts that the appearance of diseases transmitted from animals, pathogens that find us from other organisms, is not new, but is on the rise. He seeks to find the reason behind that phenomenon in the final chapter of the book: the huge population of humans, along with the immense amount of livestock, the destruction of natural habitats, damaged ecosystems. disruption – things that can completely turn into a debate about nature’s revenge on humanity. David Quammen is one of today’s most influential journalists and authors, a three-time US National Magazine Award recipient. His articles have been published in famous magazines such as National Geographic, New York Times, Rolling Stone and Harpers.

Nguyễn Thanh (TTXVN/Vietnam+) - June 19, 2021 0
The preservation of biodiversity and rational exploitation of resources from the sea has been identified by Ninh Thuan province as one of the priority...