In early trading today, A-shares fluctuated slightly, and the major stock indexes were mixed. Among them, the Science and Technology 50 Index performed the best. It rose by more than 2% during the session, setting a new high for the year, and there are signs of further shrinking in the two markets. On the disk, semiconductor chip technology stocks continued to perform well, with sectors such as the National Defense and Military Industry, Hongmeng Concept, and Medical Beauty among the top gainers, and sectors such as tourism, pork, liquor, and coal top decliners. The net outflow of funds to the north was 764 million yuan.

As the two centuries of the founding of the party and the army are approaching, there will be more catalysts for the defense and military industry, and “a hundred years of change” will inevitably accelerate the modernization of our army. Last weekend, CCTV’s military channel reported that the second unit equipped with the J-20 was officially made public. It was the first group of the Air Force to form, participate in the war, and win the first “Strong Army Pioneer Brigade”. Compared with the J-20 equipped by the “Wang Hai Brigade”, the J-20 equipped by the “Strong Army Pioneer Brigade” has undergone many improvements, especially the engine is replaced with a domestic turbofan-10 engine, which means that the J-20 has been realized. Fully localized.

The F-20 can achieve 100% localization rate, even if it is not easy in the world, except for the F-20, currently only the United States can achieve 100% localization of the fifth-generation fighter, even Russia and France currently Russia lacks high-performance electronic equipment and optical equipment, and needs to import gallium arsenide semiconductor materials from South Korea. Although France can develop Rafale fighters, France does not have the technology to manufacture ejection seats and needs to import ejection seats from the United Kingdom. chair.

Ai Leda focuses on the field of aviation manufacturing, mainly engaged in the production of aircraft structural parts and engine parts. Since the establishment of the company for more than ten years, it has accumulatively participated in the development and production of a variety of models involving more than 3000 aviation parts. On the investor interactive platform, investors have repeatedly asked whether the company’s products are available for the F-20, H-20, and Yun-20 models. Eleda did not respond directly on the grounds that military secrets were involved.

But this does not prevent investors from showing their love for Philharmonic. In 2020, Philharmonic has soared by 271%, and it has risen by more than 30% this year. Today, stimulated by the good news, the intraday straight line pulled up to the 20% daily limit. Beijing Capital Capital increased its holdings of Philharmonic by more than 50% last Friday, and its number of shares hit a four-month high. 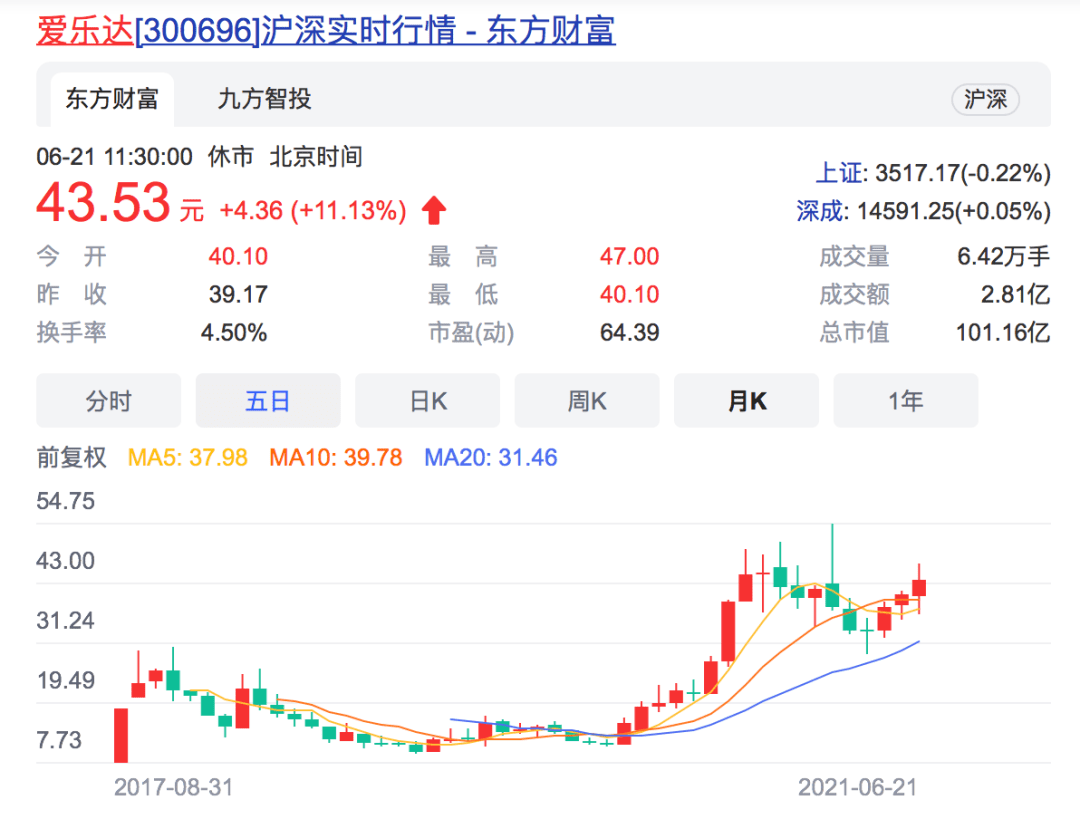 Guohai Securities stated that the continuous installation of the J-20 aircraft will further enhance the air force’s comprehensive combat capabilities, and also shows that the national defense construction continues to advance, downstream demand is strong, and the aviation industry chain continues to rise. The 14th Five-Year Plan period is a critical period for achieving the “Hundred Years of Military Struggle” in 2027. The military industry has entered a period of accelerated growth, the industry’s production capacity is expanding, and the fundamentals of many high-quality segments will continue to improve. It is recommended to focus on such fields as missiles, military aircraft and aero-engine industrial chains, new materials for military industry with high upstream prosperity, military electronics, and military information technology. 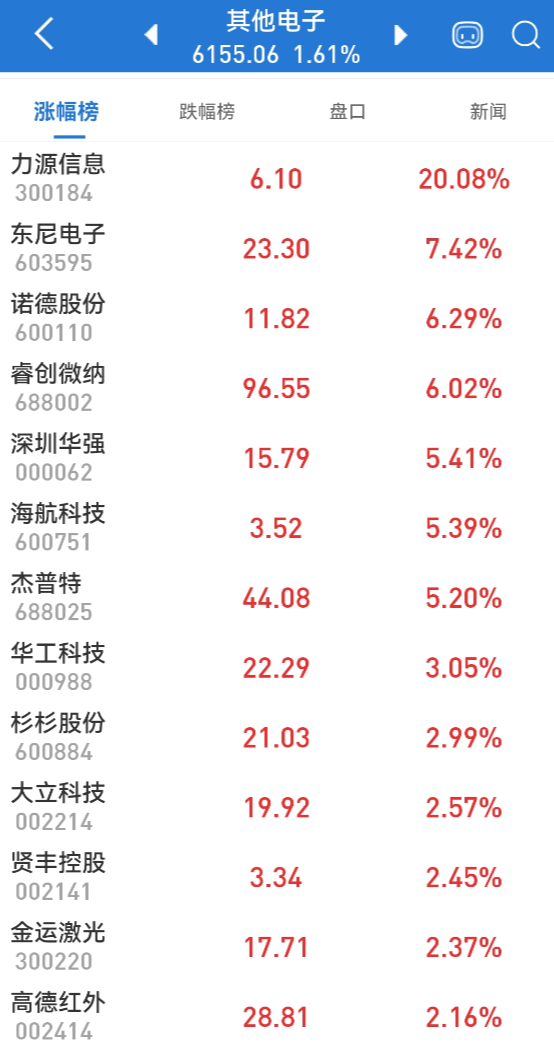 As the problem of chip shortages continues to intensify, major domestic and foreign semiconductor manufacturing companies have raised their capital expenditure plans, vigorously expanding production capacity, and increasing prices, shortages, and expansion into “high-frequency vocabulary.” Domestic and foreign companies have raised prices in various aspects of semiconductors, but the contradiction between chip supply and demand is still prominent, which is eventually transmitted to the production links of physical enterprises such as automobiles and mobile phones. The market predicts that this round of the semiconductor industry boom cycle will last at least until the end of 2022.

However, investors should focus on the fact that at present, experts have warned that chip manufacturers may have excessive hunger marketing and large-scale production expansion, and there may be a crisis of chip surplus in the future. And market capital is also constantly flowing out taking advantage of the stock price surge. According to Wind statistics, starting from Qunengdi, the National Integrated Circuit Industry Investment Fund has successively reduced its holdings in high-quality companies such as North China Chuangchuang and Zhaoyi Innovation. Recently, Weir shares and others have also announced information on shareholder reductions. In addition, in just four trading days last week, the net outflow of chips and semiconductor-related ETFs reached nearly 5 billion yuan.

Beijing Capital Securities stated that the global core shortage has allowed the industry and capital markets to re-understand the semiconductor manufacturing process, especially semiconductor foundries and IDM-mode semiconductor manufacturers. Companies with fabs will have greater and greater say in future development, and the higher the differentiation, the better, and the valuation given by the capital market will also become higher and higher. Semiconductor is the core technology. To buy a technology company, you must have technical strength, and be able to continuously launch new products, and new products can be recognized by the market to bring income.

How hot the liquor industry is, companies that grow edible fungi must also acquire liquor assets.

On the evening of June 20, Zhongxing Fungus Industry (002772) announced that in order to promote the development of the company’s dual main businesses and increase new profit growth points, the company plans to acquire Liu Jian and Liu Liangyue’s Shengjiao Wine in Maotai Town, Guizhou, in cash. Industry Co., Ltd. (referred to as “Shengjiao Wine Industry”) 100% equity.

Stimulated by the news, on June 21, Zhongxing Fungus Industry had a bid price limit. As of the noon close, the number of orders exceeded 1.15 million, reported at 9.64 yuan, with a total market value of 3.55 billion yuan. 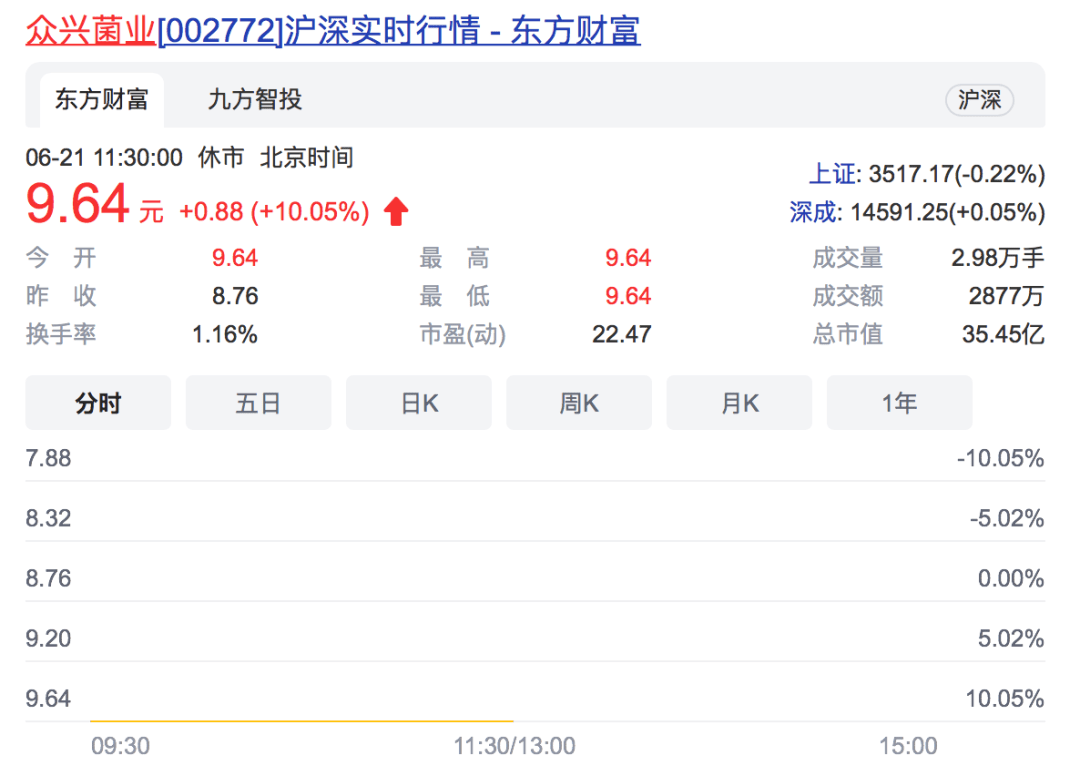 Zhongxing Fungus Industry is a modern agricultural enterprise specializing in the research and development, factory cultivation and sales of edible fungi. The main products are Flammulina velutipes and Agaricus bisporus fresh products. Judging from the current main business layout, Zhongxing Fungi is determined to “drink” across the border. Zhongxing Fungus is not the first company to be the first Zhongshengjiao Wine Company.

In October last year, *ST Garden City announced that it planned to acquire 100% equity of Shengjiao Winery and raise matching funds by issuing shares and paying cash. Subsequently, the restructuring inquiry letter from the Shanghai Stock Exchange followed one after another. The core question was to explain the reason for the sharp increase in the performance of Shengjiao Wine Industry.

One month later, in November last year, *ST Park City stated that the transaction company and the target party could not reach an agreement on the valuation of the target company and terminated the acquisition of 100% of the shares of Shengjiao Wine Industry.

It is worth mentioning that in the four trading days from June 15th to 18th, the stock price of Zhongxing Fungi Industry rose successively, with a cumulative increase of 12.16% in the interval. A person in the liquor industry believes that cases of cross-border liquor making in the capital market are not uncommon, but there are many losers. There is still some suspense whether the acquisition plan can be successfully completed. The company also reminded investors in the announcement that the equity purchase agreement has not been formally signed, and it is not yet possible to predict the impact on the company’s operating results.

The concept of medical beauty is active again 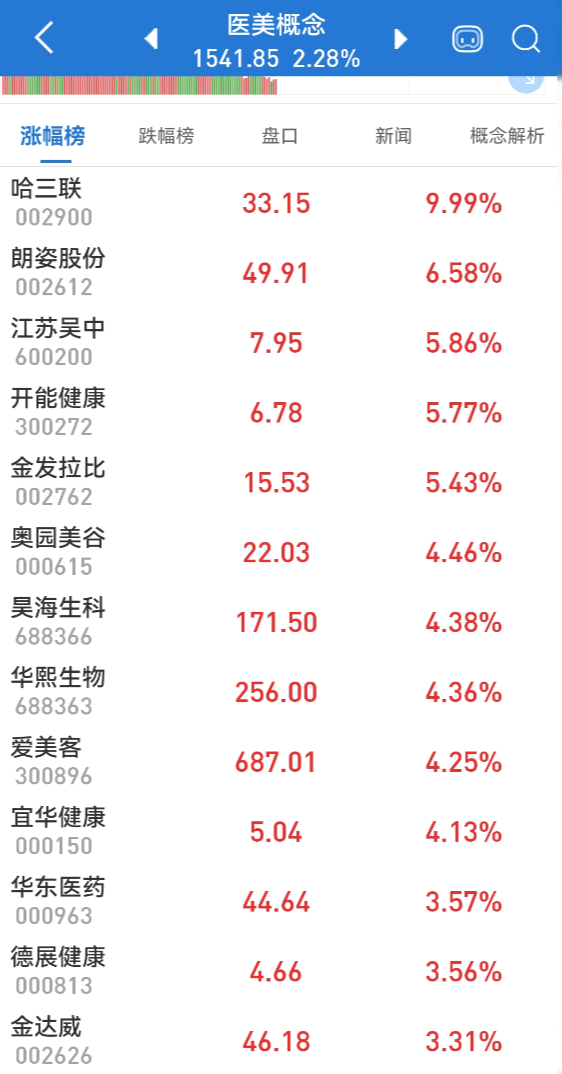 In this regard, CITIC Securities pointed out that remediation may affect some demand in the short term, but after dynamic rebalancing, market demand will shift to authentic licensed and formal medical aesthetics terminals; medical aesthetics accidents and disputes will decrease, and public trust will increase. It will promote the expansion of demand in the entire market and benefit the entire industry. The rapid expansion of the medical and aesthetic industry and supervision and remediation will help “good money drive out bad money.”

editor - April 26, 2021 0
Japan Post recently announced that it will implement a special EMS surcharge from June 1, 2021. In addition, the EMS service to the United...