Looks nothing special, but the branches full of green leaves are still bought by Ha Thanh sisters, even though they cost millions.
Just received a heather branch after a week of ordering, Ms. Le Thi Thuy Ha from Tay Son (Dong Da, Hanoi) said: “This is a heather branch imported from Japan. I had to spend 700,000 VND/branch to buy it. But when this branch is plugged into the water, it can play for a whole month, more durable than many common flowers.

Previously, when referring to shrubs such as heather, rhododendron, blueberry, etc., Ha would think of a remote temperate land with vast green hills that only appeared on television. However, recently, in the market, there has been a sudden trend of playing imported heather branches, she is also curious to buy and play. According to Ms. Ha, a heather is a dozen times more expensive than playing with domestic flowers such as lotus, lily, pink, chrysanthemum, … In return, they are quite new ornamental plants, kept indoors. look always fresh green and cool, suitable for these hot summer days. 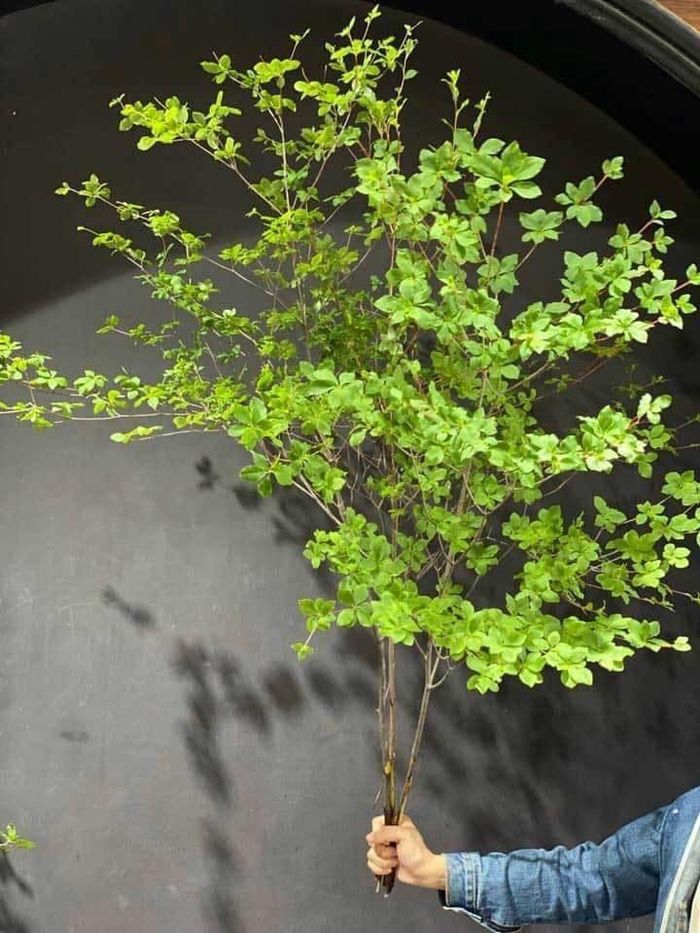 The green heather branches are causing a fever in the market this summer (photo: Tran Ly) Selling heather branches for two years now, Ms. Nguyen Thi Van – a flower dealer in Au Co (Tay Ho, Hanoi) – said that this type of decorative foliage has appeared on the market since last year. However, up to this point, they have become popular and are sought after by many people. Heather branches are imported from Japan, belonging to the shrub family. This is one of the most popular indoor plants, especially since they have no scent so anyone can play. Around August is the time when heather flowers in dense clusters of pink, red, and purple colors. However, every week, the goods only come back once on Sunday, not often, about 200-300 branches. Depending on the canopy and shape of each branch, the price will vary, ranging from 300,000 to 600,000 VND/branch, from 1.3 to 1.6 meters high. There are even beautiful branches that are 2-2.2 meters high and cost up to 1.4 million VND. Because the price of this branch is quite expensive, she has to wait for customers to order Van to collect and then import it, but there is no surplus. Many customers called to urge her to refuse because the goods were not sold enough, Ms. Van said. 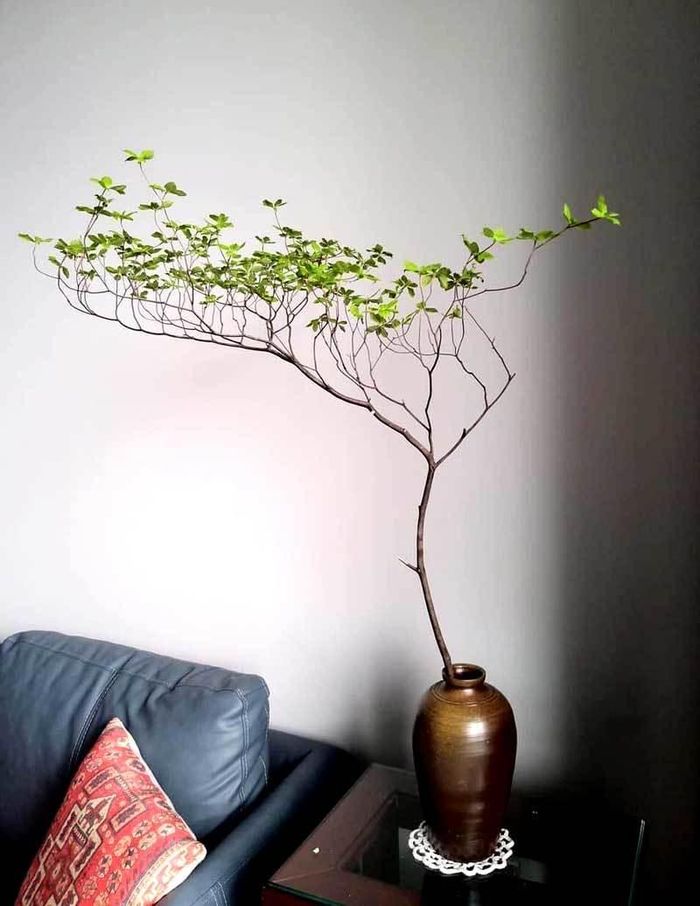 There are heather branches worth millions of dollars still ordered by many people (photo: N.Thuy) Just selling heather branches for more than a month now, Ms. Phung Thuy Linh – owner of a flower shop in Tran Dang Ninh (Cau Giay, Hanoi) – also admitted that, in recent days, imported heather branches are as expensive as shrimp. fresh. Her shop is always out of stock, customers who want to buy have to wait for the goods to arrive next week. According to Ms. Linh, heather is often found in temperate countries such as Japan, Russia, Belgium, etc. When they return to Vietnam, they are very popular. However, the number of goods on each trip is not much, just over 100 branches, enough to pay for individual customers, not for wholesale delivery. Because the goods are not available and do not come back often, on this occasion, heather branches are even more “hot” and are sought after by many women. “The price of heather branches ranges from 250,000-300,000 VND / branch, expensive, about 1 million VND depending on the shape, height and canopy of each branch. Like peach and pear branches in Vietnam, heather branches are quite small and fragile, so the transport must be careful and gentle or it will break easily,” she said. Notably, at the end of the flowering season, the tree can still be used for decoration for a long time, until about October onwards, it is no longer available. Therefore, many people are very excited to buy and play on this occasion because the green leaves look very cool, bringing ethereal and luxurious beauty to the room, Linh said.

An Ngọc - June 6, 2021 0
Lychee has a characteristic sweet taste and pleasant aroma, which can be used to prepare many attractive dishes and drinks. Fabric...