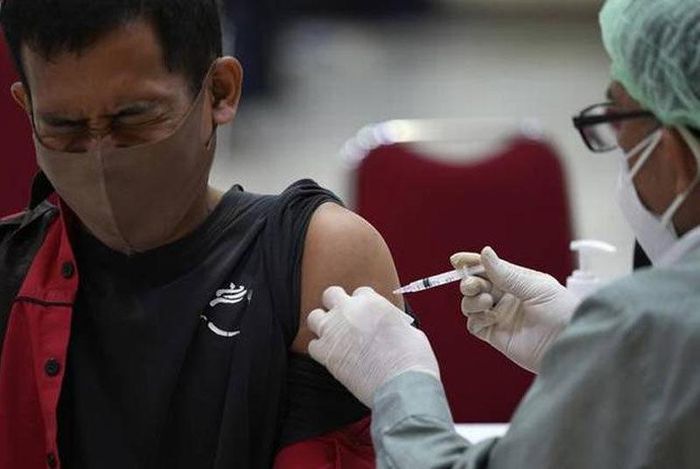 A man is vaccinated with AstraZeneca in Jakarta, Indonesia, June 15. Photo: AP The results showed that only 166 cases required hospitalization. Those who received two doses of the AstraZeneca vaccine were 92% effective without requiring hospitalization, while those who received the Pfizer vaccine, the figure was 94% after dose 1 and 96% after dose 2. “These findings suggest that the level of protection of people with Delta variant from hospitalization is very high. Understanding this is important in assessing the danger that Delta variant poses to the general population.” , the study authors concluded. “The effect of not requiring hospitalization because the Delta variant after one injection of AstraZeneca is 71% and after two injections is 92%. This metric really reassures India. To choose the direction, I think we should should use modeling approaches to devise different implementation strategies and compare the impact of vaccines at each stage of the epidemic,” commented Professor of Microbiology Gagandeep Kang of India. The Delta variant first appeared in India and has been classified as a “variant of concern” by the US Centers for Disease Control and Prevention (CDC), while the World Health Organization (WHO) has called it a “variant of concern”. it is a ‘disturbing variation’. The Delta variant is expected to become a common strain in the US next fall, increasing the risk of a new wave of disease in unvaccinated people later this year.

Two more Covid-19 patients had to undergo ECMO intervention, including a 37-year-old woman

Laos begins a new round of free vaccinations nationwide

Mumps and mumps age are most common

Ngọc Điệp - April 15, 2021 0
Mumps, also known as parotid gland inflammation, is an acute infectious disease that can spread into an epidemic in a community. This disease can...