According to Nguyen Dai Anh Tuan, Deputy Director of the Department of Agriculture and Rural Development of TT-Hue province, after noting the appearance of the extremely rare and seemingly extinct ungulate in the area, he directly contacted an expert. world leader in ungulates to exchange information, make the most accurate assessment. 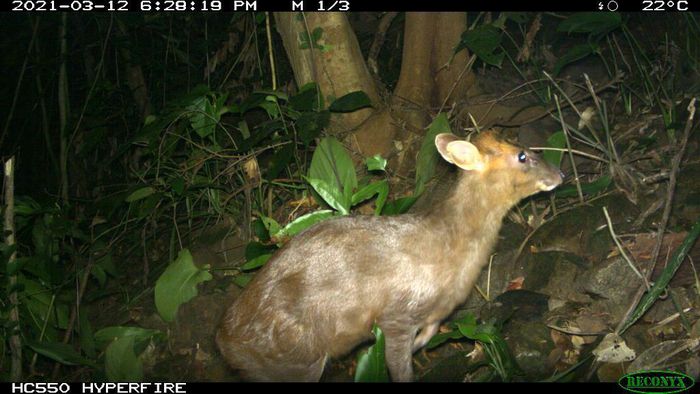 The rare, seemingly extinct species of Truong Son Mang has just been discovered by camera traps in Phong Dien Nature Reserve, TT-Hue. Photo: Provided by the Nature Reserve On June 12, information from the leader of the Department of Agriculture and Rural Development of TT-Hue province said that the local functional forces had just discovered the endemic, rare, and seemingly extinct ungulate through photo traps for many months. Along with that are records of the diverse appearance of many species of birds and wild animals in Phong Dien Nature Reserve. 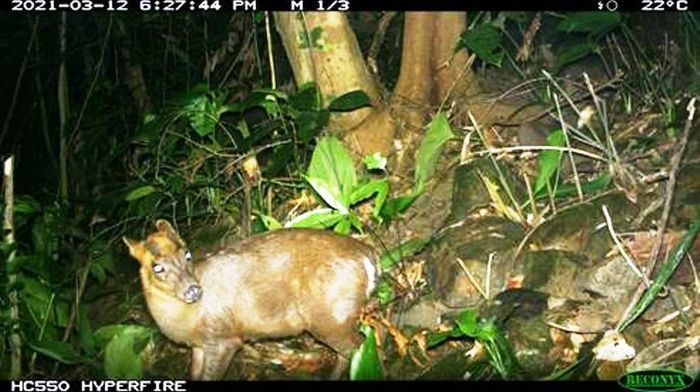 International experts said that it could be Truong Son or Mang Roosevel. Photo: Provided by the Nature Reserve Previously, Phong Dien Nature Reserve Management Board and Viet Nature Conservation Center conducted a survey and set up more than 100 photo traps in the deep forest area of ​​this reserve. The choice of photo traps is located in dangerous areas according to the diagram that coincides with the foraging path of wild animals. In particular, the mission set up photo traps focusing on the habitat of the white-crested Pheasant (Lophura edwardsi). As a result, after 2 months (from March 12 to May 28) setting photo traps in an 11-hectare forest area of ​​Phong Dien Nature Reserve, the team obtained more than 200 photos of 20 species of mammals. and 11 species of birds; in which, the number of photos of wildlife accounts for the majority. 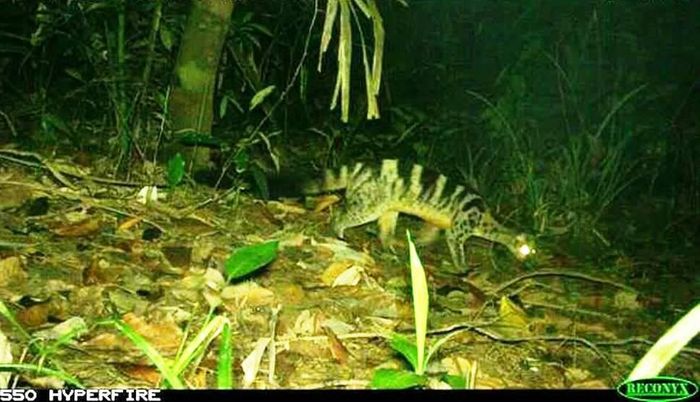 Gam civet at Phong Dien Nature Reserve. Photo: Provided by the Nature Reserve Although there were no images of the White Crested Pheasant as the original target, the mission recorded the appearance of some extremely rare animals. In particular, among them are the extinct Truong Son Mang (Muntiacus truongsonensis) and the Red Civet (Chrotogale owstoni) – an endangered animal on the IUCN Red List 2016. According to Mr. Nguyen Dai Anh Tuan, Deputy Director of the Department of Agriculture and Rural Development of TT-Hue Province, as soon as he received the information, he contacted Dr. Rob Timmins – Technical Director of Saola Foundation, the world’s leading expert on hoofed mammals. clogs to exchange information correctly. 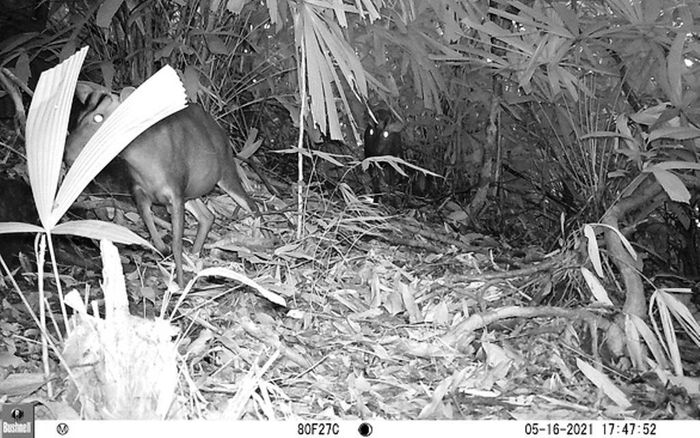 The interesting appearance of two individuals of Truong Son Mang – an extremely rare and seemingly extinct species in Vietnam. Photo: Provided by the Nature Reserve From the images sent, Dr. Rob Timmins said that it is not a big Mang. Mr. Rob doubts between Mang Truong Son and Mang roosevel. The special thing is that both of these species are endemic and rare ungulates that have just been discovered or re-discovered in Vietnam and Laos. According to Mr. Le Ngoc Tuan, Director of Phong Dien Nature Reserve, Truong Son Mang has been discovered in the Truong Son mountain range in Vietnam in 1997. 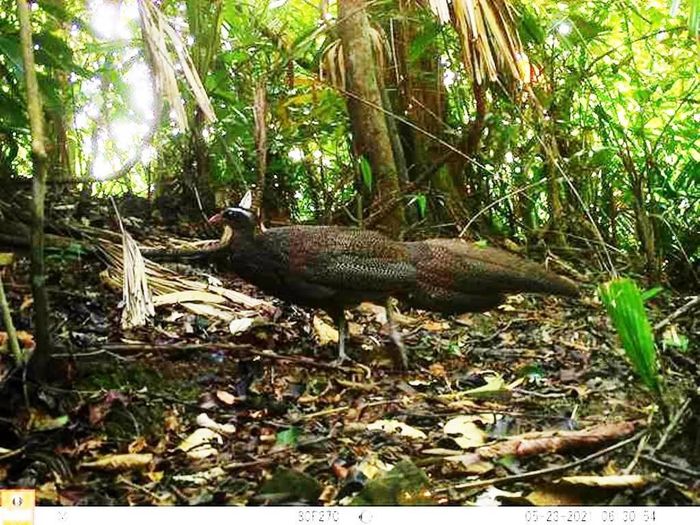 Tri Sao. Photo: Provided by the Nature Reserve Although there is not enough data to assess the risk of extinction, it has been a long time since this individual was rediscovered in the TT-Hue forest area. The results show that there are at least 2 individuals of this species in the forest. That fact is extremely valuable for the scientific study of this species. In addition to the Truong Son Mang, the camera traps recorded rare animals such as the star pheasant (Rheinardia ocellata), the golden cash chicken (Polyplectron bicalcaratum), the Central Vietnamese chicken (Arborophila merlini) and some mammals such as the striped rabbit. Nesolagus timminsi), chamois (Capricornis milneedwardsii maritimus)… 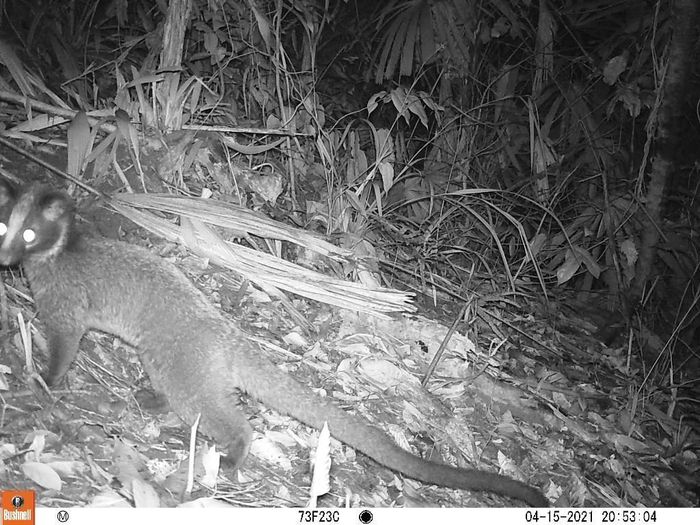 Moldy Civet Elephant. Photo: Phong Dien NR According to Mr. Tuan, in the study area through recording camera traps, the presence of people is very little; There is no hunting or logging phenomenon. Thereby, reflecting the well-protected research area. However, the fact that there are 20 species of mammals and 11 species of birds recorded through photographic traps located within the study area is still modest, compared to the total area of ​​more than 41,000 ha of the reserve. 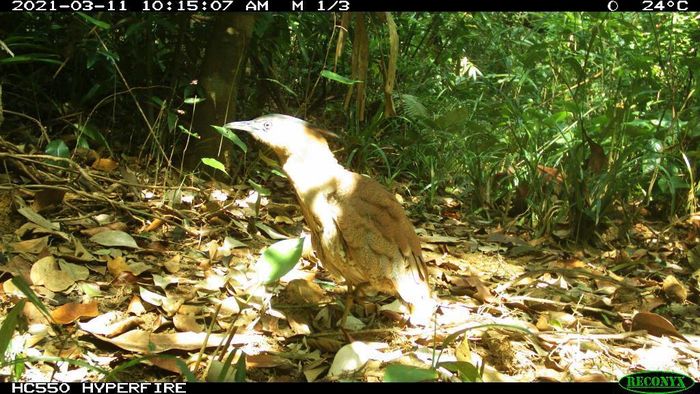 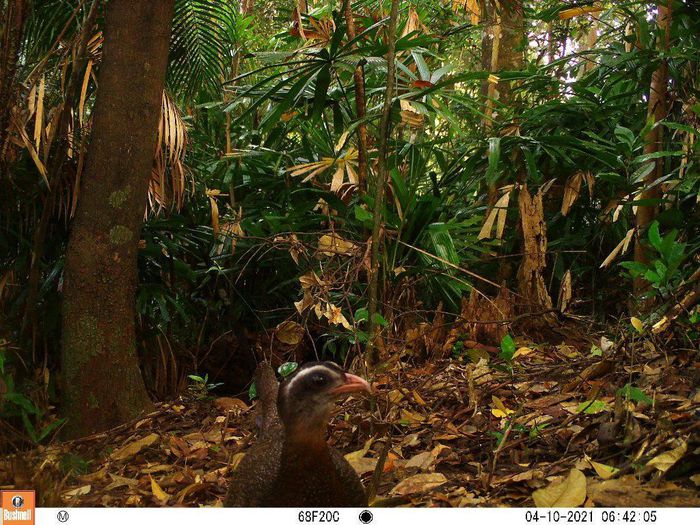 Star hemorrhoids. Photo: Phong Dien NR In the coming time, this reserve will continue to expand the research area, update the list of animals and establish distribution maps of endemic and endangered species for effective protection solutions.