Jade Nguyen, Luu Van or Sora Choi belong to the generation of Asian models who are famous in the international fashion industry. 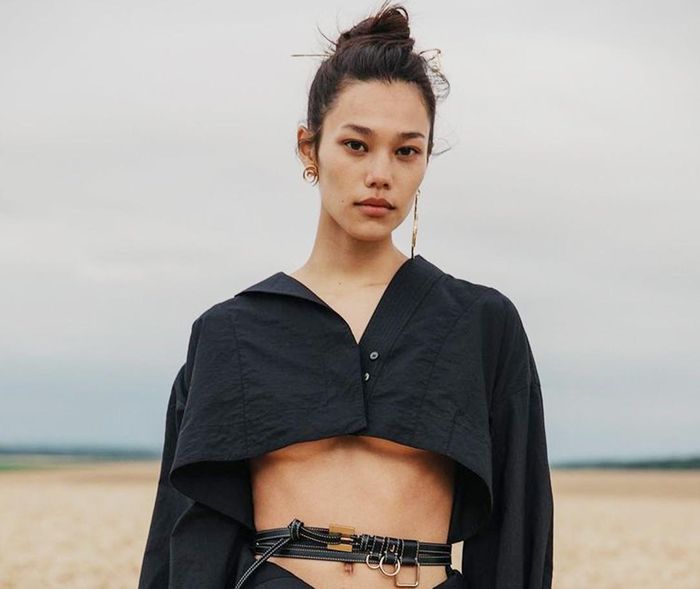 Over time, brands, especially luxury fashion, gradually expand their reach globally. Some Asian countries such as China, Japan, and Korea have become potential markets for big fashion houses. This led to the Asian model’s shine on the fashion map. They become muse, the face representing many brands. Besides, they also have expensive shows at international fashion weeks. Jade Nguyen – Vietnamese model is welcomed by many fashion houses Jade Nguyen (born in 2001) has two French-Vietnamese bloodlines. Her father is Vietnamese. She is 1.76 m tall, has an angular face, sharp eyes. The female model shows off well, consistent with the spirit of high fashion. Jade Nguyen is considered as a potential young model generation in the current fashion village. Before falling in love with fashion, Jade Nguyen worked as a seasonal worker in a ski resort. She came to Paris (France) to study Art History. Jade was discovered on the street. Fashion photographer Noel Quintilla took a picture of her and posted it in an Italian magazine. 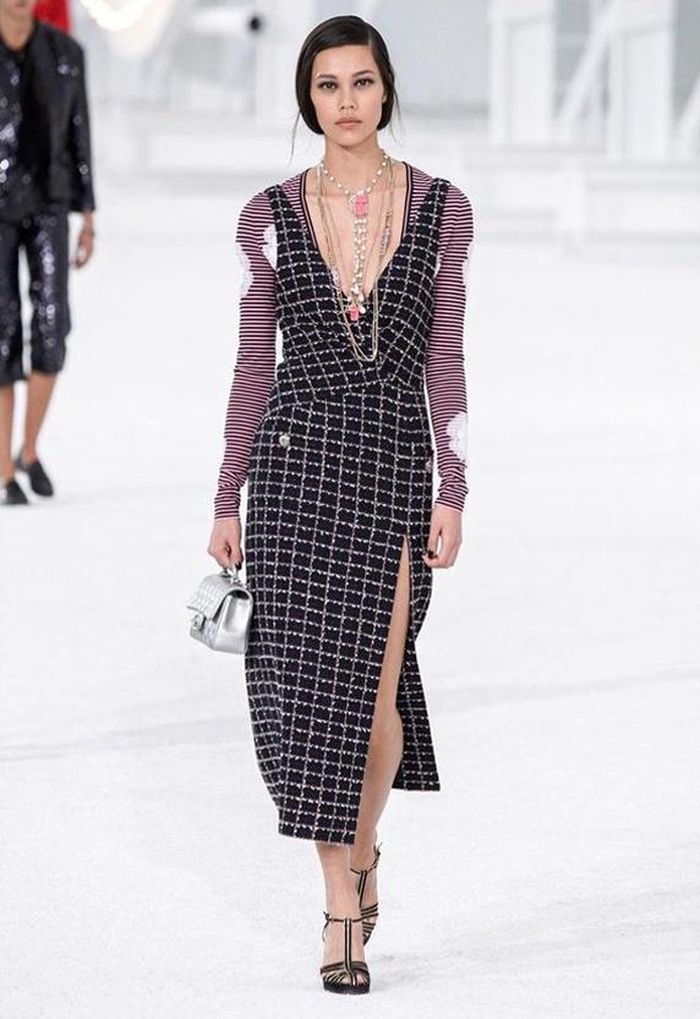 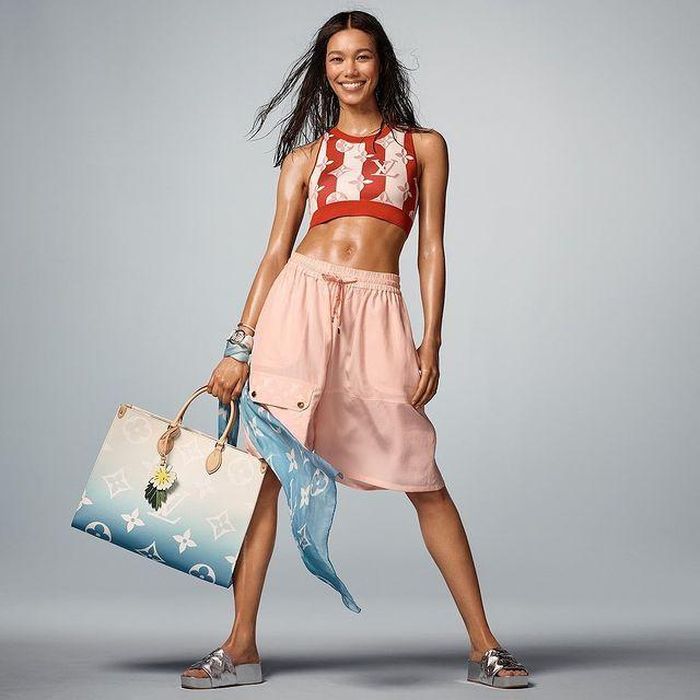 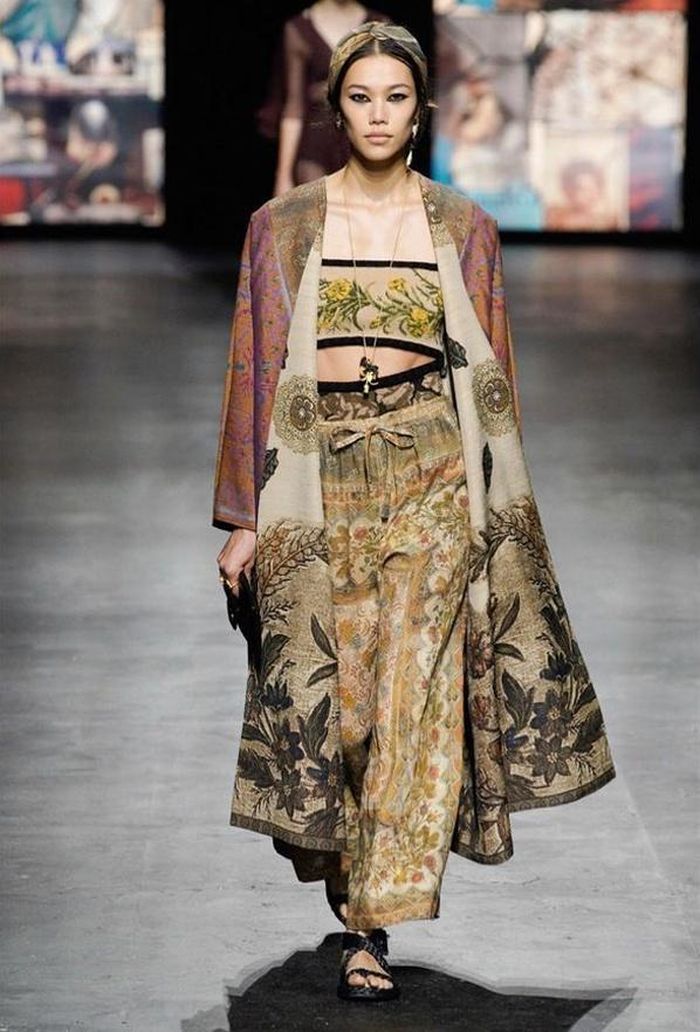 Jade Nguyen is currently sought after by many brands. Photo: @nnguyenjade. Jade Nguyen quickly joined the model management company Elite Model. A Vietnamese girl started her career thanks to her presence Milan Fashion Week Spring – Summer 2021. On the 3 days before the event, the representative contacted Jade Nguyen. “The agent said that the brands wanted to invite me to work with. I was hesitant because I did not know if I did well what I learned. And everything happened very quickly. I performed in Milan, Paris. Since then, I’ve been constantly in front of the camera, “Jade said. Jade Nguyen catwalk for top luxury fashion houses such as Chanel, Dior, Louis Vuitton, Chlóe. Besides, she also performed at the shows of Etro, Max Mara, Jacquemus, Isabel Marant, Gauchere … In February, the Vietnamese female model appeared on the cover of the magazine ELLE France. She also appeared in the February issue of the magazine Harper’s Bazaar Singapore. Recently, Jade Nguyen participated in the campaign to promote Louis Vuitton’s Spring – Summer 2021 collection. In addition, she accepted an invitation to take photos for the new campaign from Calvin Klein. Yumi Nu – the first Asian oversized model to appear in the swimsuit magazine Yumi Nu was born and raised in New Jersey, USA. She has two Dutch-Japanese bloodlines. Nu experienced adolescence with physical insecurity and racism. 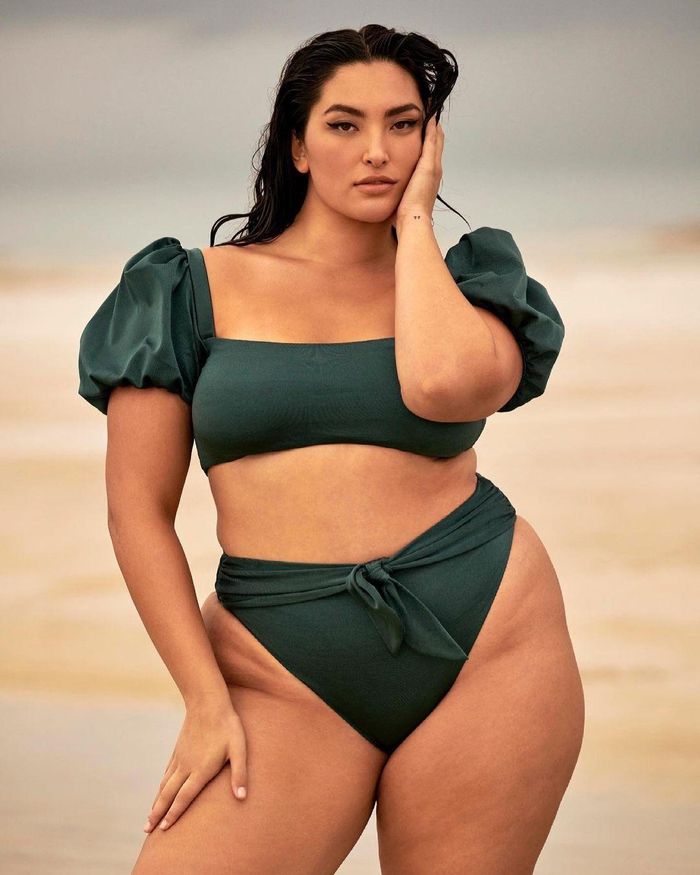 Yumi Nu uses her confidence and positive thoughts about her body to enter the fashion industry. Photo: @_yumi_nu. Yumi Nu is determined to become a model even though she goes against the standard of physique in the fashion industry. March 18, the magazine Sports Illustrated Swimsuit posted a photo of Yumi Nu. “I’m very proud of making history. I was the first curvy Asian model Sports Illustrated “, Shared Yumi Nu. The appearance in the swimsuit magazine has a special meaning to Nu and other oversized women. She confided: “Asian-American women are embarrassed to show off their sexy bodies and looks. Me and other full-fledged girls have to fight when their voices are not strong enough. From deep inside, I have. I am beautiful “. With confidence in her body and modeling work, Nu wants to spread the message of stopping violence with Asians. Sora Choi – Korean model has many impressive numbers Sora Choi has a sexless beauty. She is one of the few famous Korean models in the international fashion industry. Choi modeled in high school. When she attended a meeting of a modeling agency in Seoul (Korea), she quickly signed a contract. Long legs, born in 1992, also studied in the Department of Modeling at Dongduk Women’s University. This is one of the leading women’s fashion schools in Korea. According to the South China Morning Post , Sora Choi has more than 400 catwalks, up to now. She also shot 25 fashion magazine covers, covers Vogue, Harper’s Bazaar, Mare Claire . Spring – Summer 2019, Korean female models perform more than 50 shows in the world’s top fashion weeks. 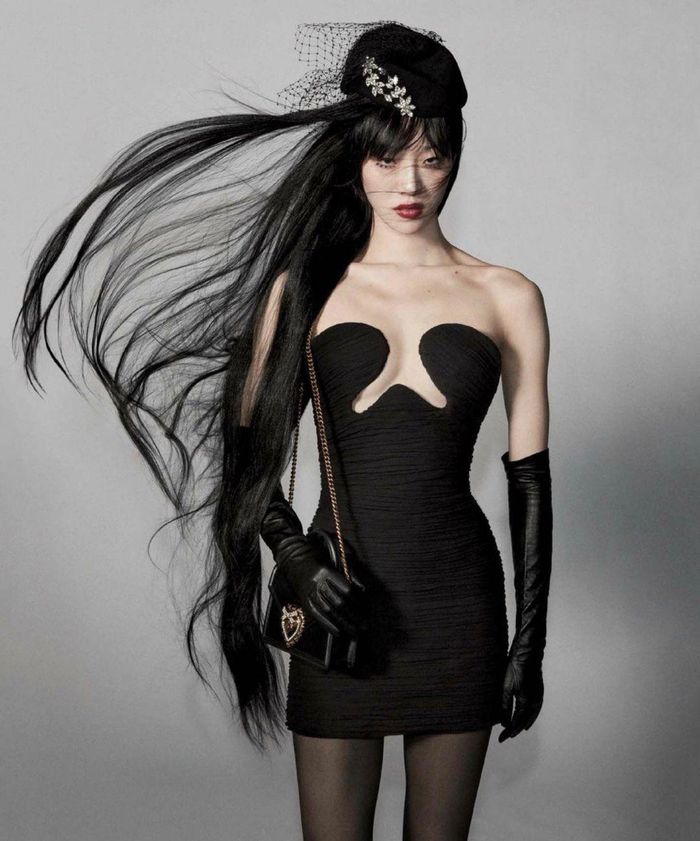 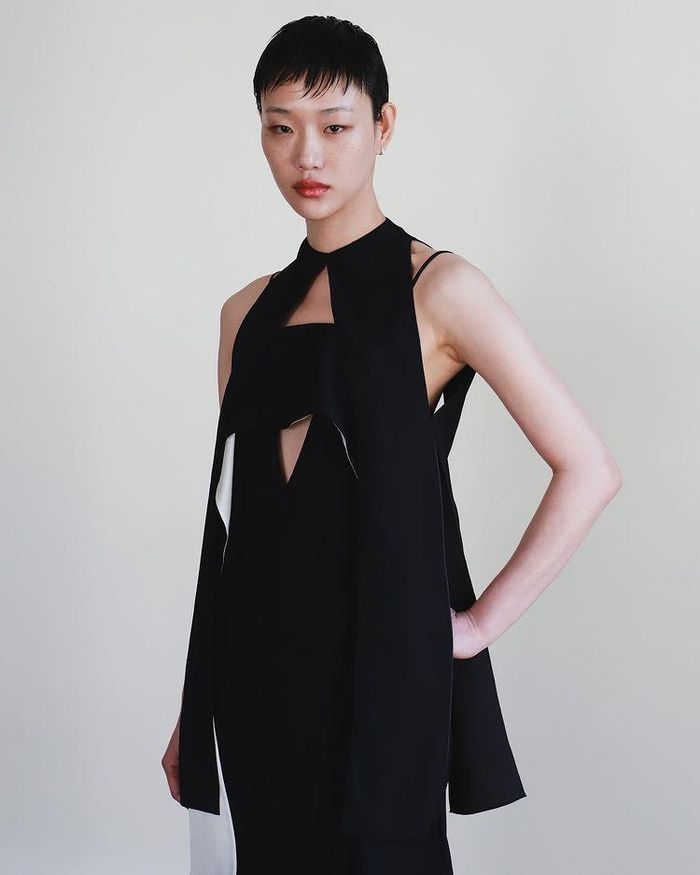 Sora Choi belongs to the group of expensive Asian models that show at international fashion weeks. Photo: @ sola5532. Sora Choi shared above The Korea Times : “I am 1.79 m tall. I am taller than the average female model on the runway. I do not have a small face or good body proportions. try”. Choi’s strength as a fashion model is his diverse facial expressions. She can appear with any hairstyle or makeup style. With a small body, the female model can wear all types of clothes. In 2017, long legs born in 1992 made the list of the top 50 models by Models voted. In 2020, Sora Choi received the “Model by Readership” award of this page. Luu Van – Asian model won high rankings in fashion history Liu Wen (Liu Wen) comes from Hunan Province, China. She grew up in a working family. Long legs born in 1988 had absolutely no concept of fashion while at home. In 2005, Luu Van participated in a model contest. Victory did not name Luu Van, but the contest that year brought her to the world fashion village. In 2008, long-legged Chinese people came to Paris (France) to sign a contract with the model management company Marilyn Agency. In February 2018, the female model appeared on 4 articles of the magazine Vogue China. Also during this time, Luu Van debuted on Burberry’s catwalk, finishing at the Trussardi show Milan Fashion Week autumn winter. She continued to perform for Chanel, Jean Paul Gaultier and Hermès now Paris Fashion Week . In March 2009, Luu Van won 74 fashion shows in New York (USA), London (UK), Milan (Italy) and Paris (France) in the Fall-Winter fashion season. This was considered a very high number of shows for a model at that time. Luu Van also holds the record for being the most Asian model on the catwalk in a fashion season. 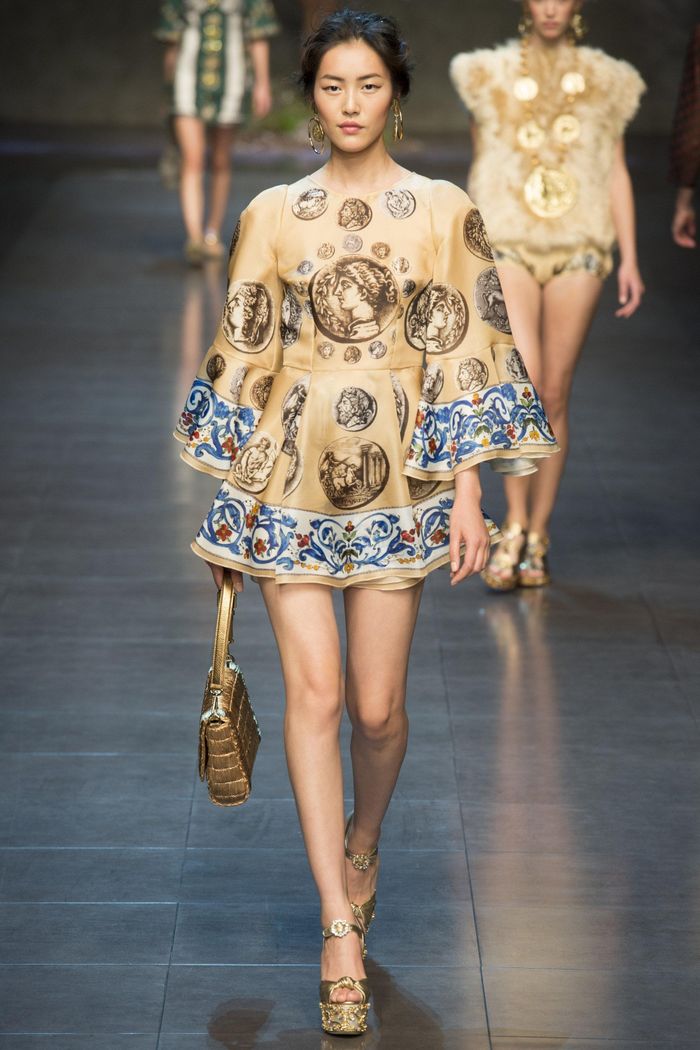 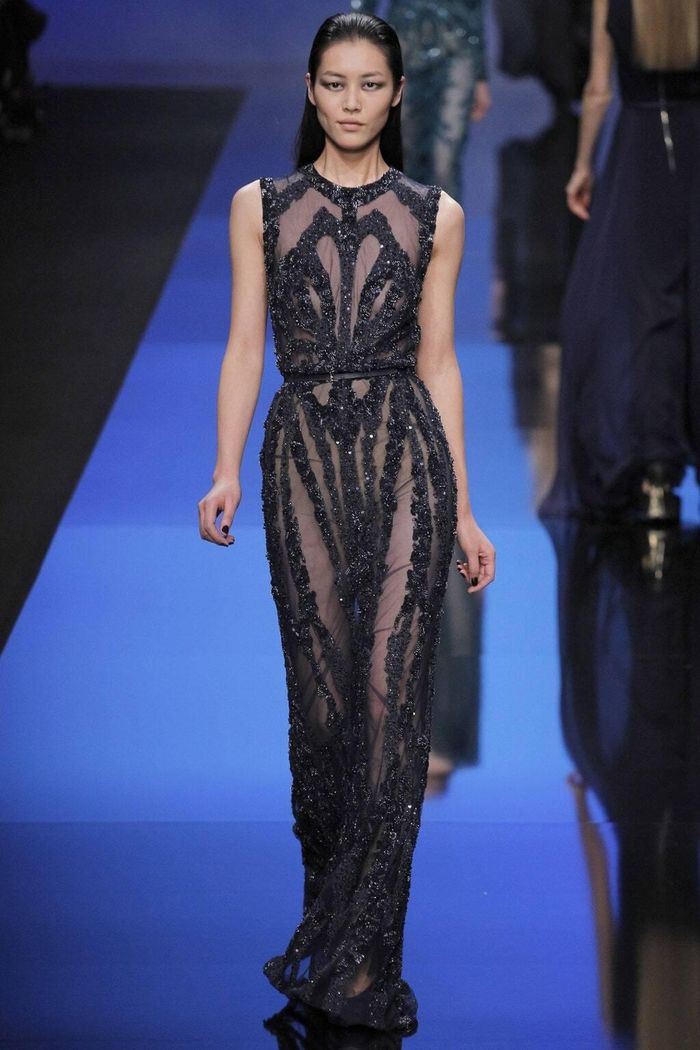 Luu Van performs the catwalk and plays advertisements for a series of big names in the fashion village. Photo: @liuwenlw. In 2009, Liu Wen became the first Chinese and East Asian model to catwalk for Victoria’s Secret. She continued to appear in lingerie fashion show 2010-2012 and back in 2016. In 2013, Luu Van became the first Asian to be in the top 5 list of “World’s Highest Paid Model” of Forbes . In the same year, she ranked 3rd in the top 50 due to model Models voted. In 2017, Liu Wen was the first Chinese model to take a magazine cover photo Vogue US issue of 125th anniversary. She stood shoulder to shoulder alongside other famous models such as Adwoa Aboah, Ashley Graham, Gigi Hadid, Imaan Hammam, Kendall Jenner and Vittoria Ceretti. The tallest models on the catwalk Lingerie model Karlie Kloss, Caroline Trentini and many long legs impress by her outstanding height.

After the divorce, Trieu Le Dinh “sweeped” the cover of the...

JEANIE - June 6, 2021 0
Trieu Le Dinh has a very impressive consecutive appearance on the covers of two magazines: madame FIGARO Mid-May and Cosmopolitan Mid-June. On the cover...